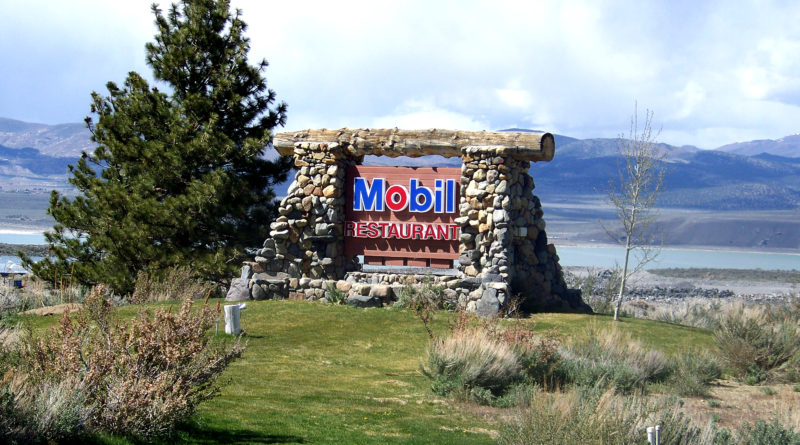 With its epic scenery, California was made for road trips—but every good road trip requires occasional stops to refuel. The definition of ‘refuel,’ of course, easily extends to snacks or lunch—and in foodie-friendly California, even gas stations excel at the culinary arts.

For example, not many gas stations offer up a good affogato, with espresso poured over organic ice cream—but that’s what you can get at Kelly’s Fuel & Provisions, in the Napa Valley town of Yountville. Forget a bag of chips: This independent filling station in Napa Valley is known for its baked scones, granola, and foodie-friendly hot dogs (topped with gourmet condiments like Ding’s Pickle Relish)—and it’s also a great place to try organic soft-serve ice cream from Sonoma County’s Straus Family Creamery. Or stock up on good local wine: The selection can range from $18 to $650 and often features a seasonal component, like Rosés for spring. The Hillstone restaurant company (which includes the nearby Rutherford Grill) bought the closed filling station in 2011 and revamped it with a road trip–themed décor, a vintage upright piano, and a creative menu, along with a deep selection of local wines.

“Our coffee drinks are probably the most popular since they tend to go hand-in-hand with the filling-station concept,” says manager Tim Kelly. “And the organic soft-serve ice cream is from Straus Family Creamery, in neighboring Sonoma County.”

Located in the heart of Wine Country, Kelly’s also prides itself on its selection of bottles—and a certain ambiance. “Not a day passes,” says Kelly, “where we don’t see folks walk in with a smile on their face as they take it in and say, ‘Wow, this is the nicest filling station I’ve ever been in!’”

Read on for great California gas stations, listed south to north, where you can fill much more than your gas tank.

This acclaimed, family-run operation started out as a vendor at the desert’s Stagecoach Country Music Festival, then set up year-round operations in a Chevron in the Vista Foothill area, near State Highway 78 in north San Diego County. The carnivore-friendly fare includes brisket, tri-tip, sausage, and a variety of ribs, complemented by Hawaiian rolls, beans, smoked corn, and a signature peach cobbler. A top draw of Vista goes well with the barbecue: This is a hotbed for San Diego craft beermakers, such as Wavelength Brewing Co. and Prohibition Brewing Co.

Just off I-110, not far from the Staples Center and the Grammy Museum, is a 76 station with a longtime asset: Mrs. Sippee, famous for its “broasted” fried chicken and wedge potatoes. “Broasted” means it’s cooked in a pressure fryer, which is meant to cut down on the grease but lock in the juices. The menu also offers burritos, burgers, and pizza, but it’s hard to argue with a taste of the acclaimed chicken that starts at just a little over a buck.

In Mumbai, locals call a rolled-up meal a roti roll or a ‘frankie’. But at this Chevron station, near the San Monica Boulevard exit off I-405, the frankies may remind you of a unique burrito—and they’re why this place has been called one of the best Indian restaurants in Los Angeles. These frankies use a thinner version of fluffy naan as the tortilla and fill it with chicken tikka, chickpea spread, mint chutney, cucumbers, and tamarind sauce. Or choose a Frankie Bowl, with a choice of chicken, veggies, or lentils over jeera rice. Wash it down with a mango lassi, or finish with a kheer (rice pudding).

It’s been hailed as the best burrito in North Hollywood—and this Chevron, about 5 miles north of Universal Studios Hollywood off State Highway 170, also offers a serious deal: Your lunch burrito often costs less than $10 (choose from carnitas, shrimp, or even beef tongue). Chef Adolfo Perez was trained at Pasadena’s Le Cordon Bleu and has gotten raves for his sublime surf-and-turf burrito with shrimp and Angus steak, but the low-key food counter also has breakfast burritos and bowls, tortas, tacos, and even a soup du jour.

Along one of the most scenic stretches of Highway 1, this inn and restaurant was the first hotel in the Big Sur area when it opened as the Apple Pie Inn in 1934—and it still follows the old roadside tradition of offering food, lodging, and gas. Sit on the restaurant’s river-view deck and try the Carrot Cake French Toast Bites or the original-recipe apple pie, or go into the General Store and build a to-go delight at the acclaimed Burrito and Pizza Bar.

Located in Fresno County, Harris Ranch is the largest beef producer in the Golden State. But this ranch, near the junction of I-5 and State Highway 198, is also home to a hacienda-style inn, a restaurant, and plenty of produce (from garlic to carrots and wine grapes)—as well as a gas station. Indeed, if you’re just making a quick stop, the Harris Express BBQ at the Shell station offers some of the greatest hits of the restaurant, like the smoked brisket and tri-tip featured in ready-made sandwiches, salads, and plates. You can even order from the road using their app.

Standing at the intersection of U.S. 395 and State Highway 120, right before one head into Yosemite National Park, this Mobil station has been a foodie favorite since it opened in 1996. The grill’s menu offers plenty of acclaimed comfort food, like burgers, a steak-and-eggs breakfast plate (made with rib-eye), and a buffalo meatloaf. But the Whoa Nellie is perhaps most beloved for its fish tacos, topped with mango salsa and ginger coleslaw—a creation of the deli’s first chef, who came here from San Diego. Another favorite: the Tioga Taquitos, filled with lobster, crab, and cheese. On Sundays and Thursdays, the deli has live music in the late afternoon and early evening.

In the 1980s, husband-and-wife team Larry and Sandy migrated from Cambodia to the U.S. and opened two separate businesses: a 76 gas station and a bakery. The two ventures eventually joined forces in one site across from the Sacramento Zoo, east of I-5 off Sutterville Road. Come for the big, gooey namesake rolls—or try the versions accented with an apple-pie filling. You can also get their creative muffins, like banana-nut or apple-coconut.