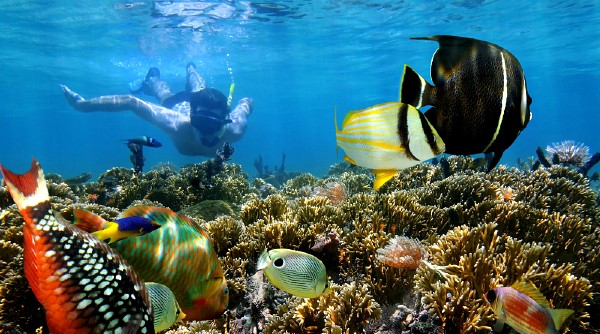 Bermuda can seem quite small – until you start to explore the ocean. And there is no easier way to enjoy the island’s abundant aquatic life than snorkeling. Here’s a quick guide to the best Bermuda snorkeling sites via beach or boat.

Don’t pull your flippers on just yet. First, do a little research. Take a trip to the Bermuda Aquarium, Museum and Zoo, or the Bermuda Underwater Exploration Institute and familiarize yourself with what you’ll later see through your snorkel mask. It’s sure to enhance your appreciation and enjoyment.

Next, decide whether you want to venture out by boat or snorkel from the beach. Both are great fun, but on balance, the best sights are to be seen by boat and there are plenty of tour operators to choose from. But let’s start on the beach.

SNORKELING FROM THE BEACH 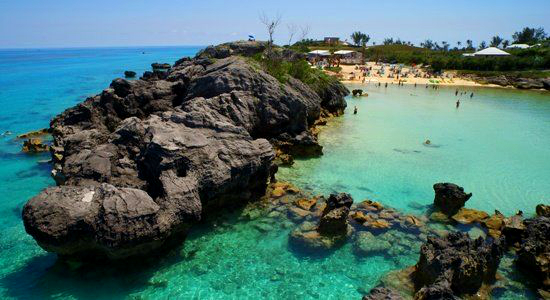 Ask locals for guidance and they’ll be torn on which beach deserves top honors for snorkellers, but two places tend to stand out: Church Bay and Tobacco Bay. No matter which beach you choose, the water will be clear and warm (average 28 degrees Celsius in summer), the visibility excellent (up to 80 feet), and the marine life varied and colorful. Here are a few options:

VENTURING OUT TO THE REEFS & WRECKS 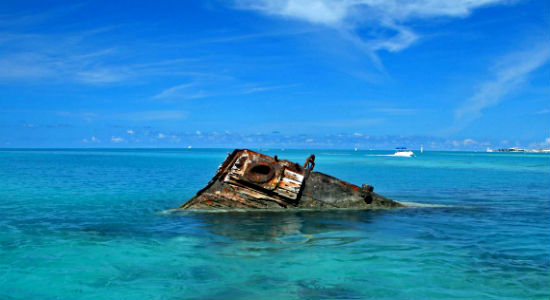 Beyond the beach, encounter the mystery and intrigue of hundreds of shipwrecks and spectacular reef formations.

Aerial views of Bermuda show how the island is girded by coral reefs; they protect islanders during storms but over three centuries, proved too great an obstacle for hundreds of ships. The ships’ skeletal remains now litter the seabed, and some are highly accessible to snorkellers.

Hardier souls will have no problem donning wetsuits for snorkeling November through March. The water temperature dips to 17 degrees Celsius but the trade-off is greater water clarity than summer – up to 200 feet on a good day.