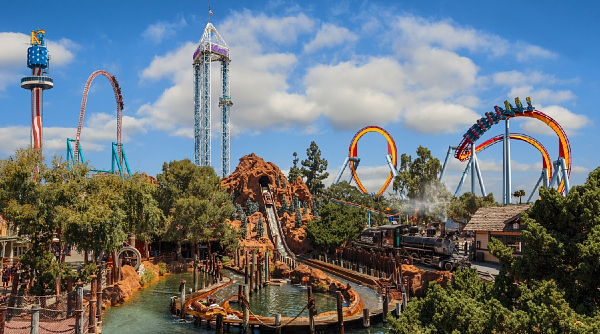 It doesn’t matter whether you’re having fun with old friends or entertaining a carload of energetic kids, a California theme parks road trip is sure to please the young at heart.

This itinerary encompasses 165 miles and approximately 6 – 8 days depending on how leisurely you are. 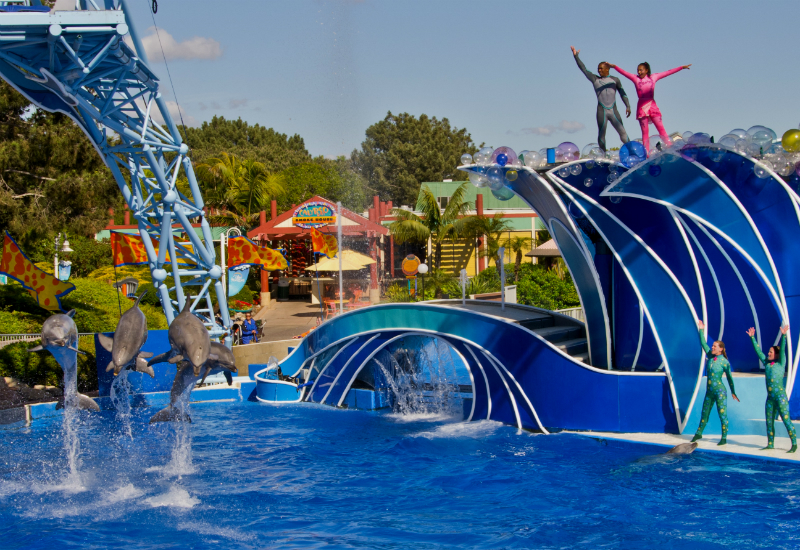 Explore the magic of the world’s oceans and learn about the importance of protecting marine environments at SeaWorld San Diego, just north of downtown San Diego. There’s always something going on at the nearly 200-acre theme park, including interactive exhibits, zooming rides, live animal interactions, and other special events. SeaWorld hopes to inspire visitors to better understand the planet’s watery worlds. The park presents different ocean zones, each one featuring recreated habitats populated by some of the creatures found there. In Wild Arctic, get a close-up look at walruses, beluga whales, and polar bears. Penguin Encounter is home to entertaining seabirds. At Explorer’s Reef, see (and touch) harmless rays that live in coastal waters, then climb aboard Manta, a high-tech coaster that lets you twist, turn, and dive like a ray. Or head to Electric Eel, the tallest and fastest coaster in San Diego.

While LEGOLAND California—created by 60 million LEGO bricks—may appeal to little ones, parents love it too. Walk through Miniland USA for miniaturized recreations of Washington D.C., New York, and San Francisco, as well as scenes from Star Wars. Go behind the scenes to look at the soundstage and models used during The LEGO Movie. The park has more than 60 rides, shows, and attractions, including three rollercoasters. Kids especially love Driving School, where they learn the ways of the road in LEGO-esque mini-cars, and Safari Trek, where riders drive animal-striped Jeeps to explore a world of life-size giraffes, elephants, and tigers all made of LEGO bricks.

For a fun overnight, stay at one of the two family-friendly resort Hotels —The LEGOLAND Resort Hotel or the LEGOLAND Castle Hotel—each a temple to everything LEGO with themed rooms and inspired extras.

Be sure to add to the fun with a trip to the LEGOLAND Water Park, with thrilling slides, and the Sea Life Aquarium with up-close encounters with sharks, rays, and octopi. 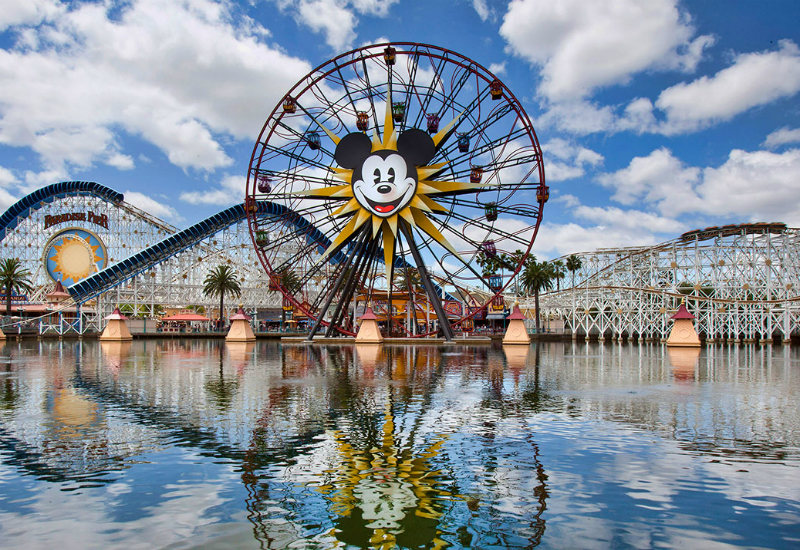 The granddaddy of theme parks has been leading the way since 1955, inviting visitors to the ultimate land of make-believe. The resort features two theme parks—the original Disneyland Park and the adjacent Disney California Adventure Park (DCA)—three Hotels and an energetic, family-friendly dining and entertainment district.

In Disneyland, take a swashbuckling cruise on Pirates of the Caribbean in New Orleans Square. Bobsled down the slopes of the Matterhorn in Fantasyland. Head to a galaxy far, far, away in the immersive Star Wars: Galaxy’s Edge where you can pilot the legendary Millenium Falcon. In DCA, take flight in Soarin’ Over the World, help Rocket rescue the rest of the guardians in Guardians of the Galaxy—Mission: Breakout!, or spend some time at fun-filled Pixar Pier. You can meet Mickey and friends, plus Ariel, Belle, and other favorites throughout the resort.

Insider’s Tip: Download the free Disneyland Mobile app and utilize the resort’s FastPass or Maxpass system to save time, check wait times and order food on the go. 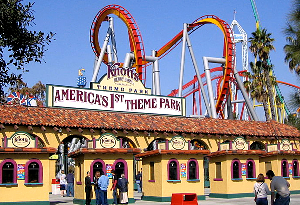 About 10 miles from Anaheim in Buena Park, Knott’s Berry Farm is a unique combination of theme park Southern California history. A family-run boysenberry farm started selling pies and fried chicken dinners during the Depression, and over the decades added Old West attractions carnival rides, and live shows to the mix.

Today, Knott’s is known for stomach-flipping roller coasters: Scream your head off on the Silver Bullet’s corkscrew and double spiral, or streak 80 miles per hour on the Xcelerator. Each season brings its own events, from the super-spooky Knott’s Scary Farm in the fall to the Snoopy-led Knott’s Peanuts Festival in winter and the Knott’s Boysenberry Festival in the spring. Year-round, don’t miss an old-school feast at the updated version of that original tea shop, Mrs. Knott’s Chicken Dinner Restaurant. 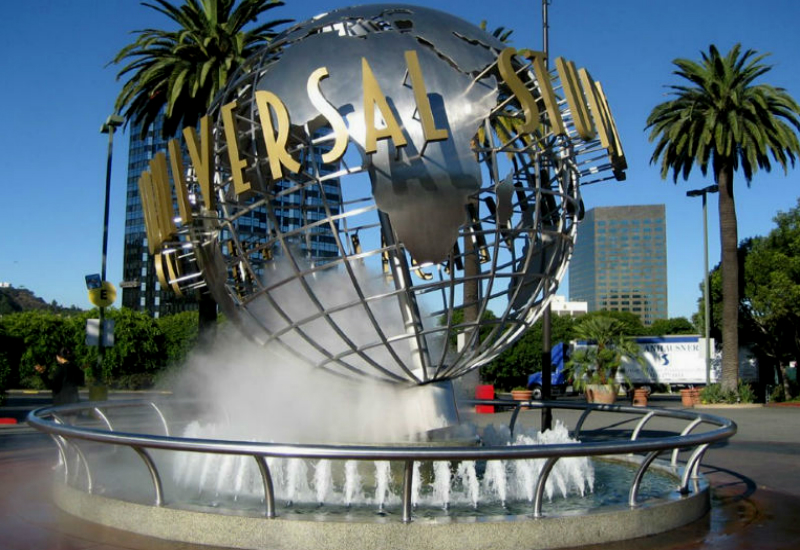 Just over the legendary Hollywood Hills, Universal Studios Hollywood blends a working movie studio with a theme park—offering both a behind-the-scenes tour of movie-making magic with rides that swoosh, swoop, and dive through cinematically inspired fantasy worlds. A good first stop: The Wizarding World of Harry Potter, with its two rides and a full-blown Hogsmeade village of shops and eateries. Other movies and TV favorites get their own rides, restaurants, and attractions, including the zombie-filled Walking Dead Attraction, The Simpsons Ride, Despicable Me Minion Mayhem, the World-Famous Studio Tour, and (opening summer 2019) Jurassic World. Before you leave, make sure to explore Universal CityWalk, the neon-lit complex of shops, eateries, and entertainment spaces just outside the park. Insider tip: Upgrade to a Universal Express ticket that lets you bypass the theme park’s lines, or at least buy your ticket online, which gives you access to the park an hour early. 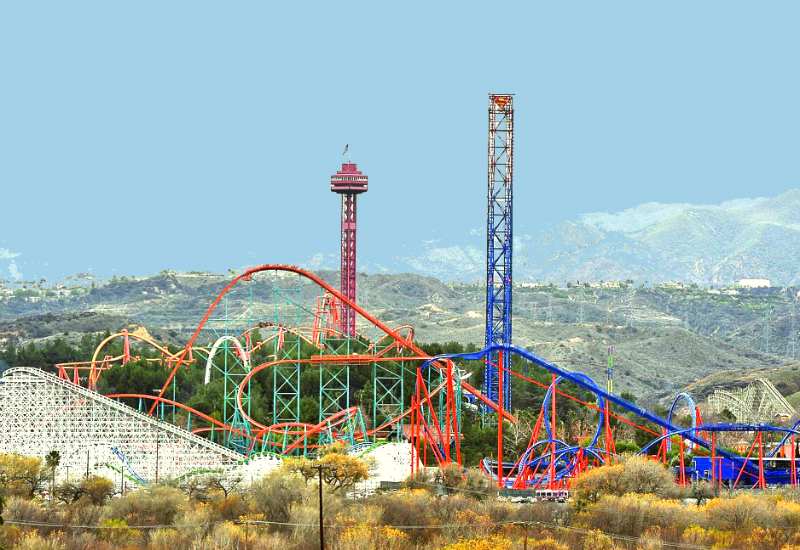 Adrenaline seekers welcome to paradise. North of Los Angeles in the Santa Clarita Valley, Six Flags Magic Mountain, boasts a staggering lineup of roller coasters—20 in all, with the arrival of West Coast Racers. The menu of G-force-pushing thrills includes the world’s tallest and fastest looping coaster (Full Throttle), and the world’s fastest stand-up coaster (Riddler’s Revenge). Want more low-key fun? Get a selfie with one of the strolling characters—from members of the DC Comics’ Justice League to Warner Bros. icons such as Bugs Bunny, Daffy Duck, and the Tasmanian Devil.