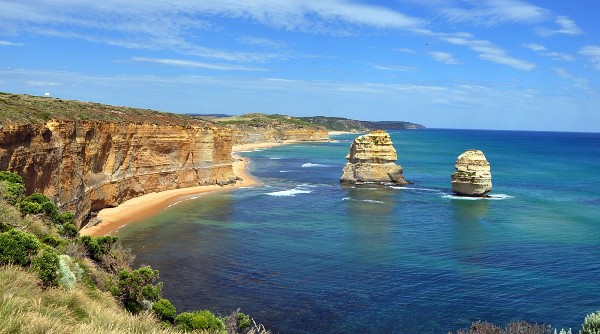 As Australia began to recover from the national trauma of the First World War, it put many of its demobilized soldiers to work on public projects. Of these, the grandest was the creation of the Great Ocean Road. After spending more than a decade hacking through thick forest and carving their way along the most precarious sea cliffs, 3,000 servicemen created one of the most spectacular drives in the country At 245 kilometers long, it stands as the longest war memorial in the world.

The ocean beckons the moment you get on the road at Torquay. This is the home of the Australian National Surfing Museum, as well as surfing brands Quiksilver and Rip Curl, and one look at the swells hitting the creamy white beaches give a hint of why. Bells Beach is the most celebrated surfing spot, but there is a rolling succession of perfect breaks and beaches along all this stretch of the road to Anglesea and beyond. 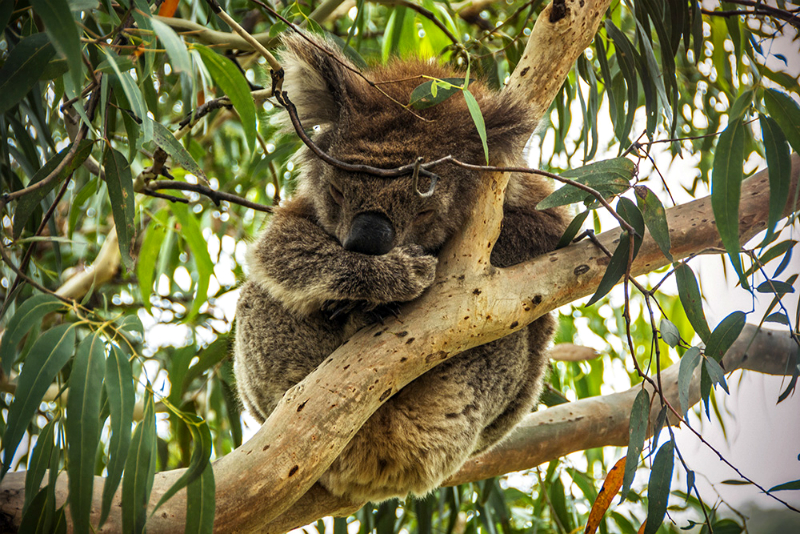 From Anglesea, the highway swoops past beaches and hugs the cliffs and green gullies that lead to Lorne, the town the road was originally built to reach, and a fitting home for the Great Ocean Road Heritage Centre, which tells the story of the road’s construction — and that of those who built it.

If it’s native wildlife you’re after, the blue gum trees of the nearby Kennett River offer one of the best opportunities in the country to see wild koalas.

There’s much more nature to offer after the road leads inward past Apollo Bay into the Great Otway National Park. There is rainforest here, with ferns as big as trees and mountain ash trees taller than giants. Plentiful hiking offers bird- and butterfly-watching as you explore a series of picturesque waterfalls and pools, as well as the chance to experience the canopy from up high at an adrenaline-pumping series of ziplines and treetop walkways. After all the excitement, get up at dawn to whisper your way in a canoe along the shores of Lake Elizabeth to spot the elusive platypus.

There is an even bigger catch on offer when you divert to Cape Otway, which is a prime spot for watching southern right whales. May to September is the best time to shout “thar she blows!” as the whales visit during this period to give birth. 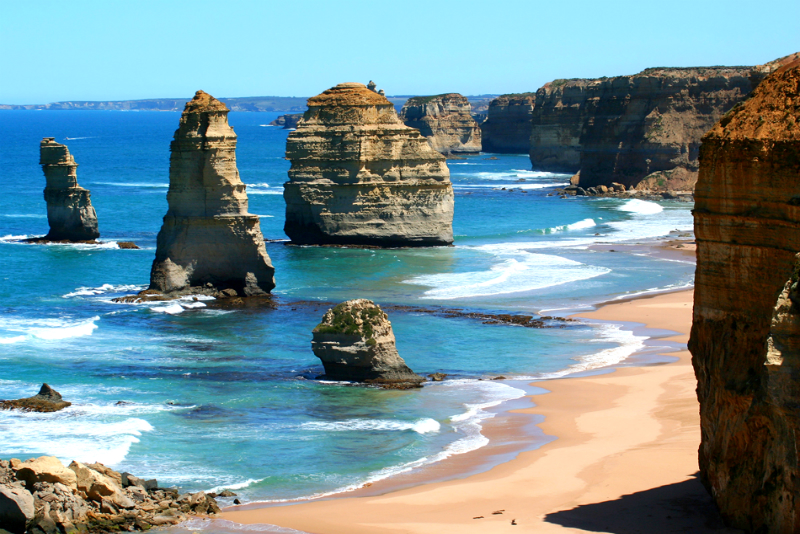 As the Great Ocean Roads starts the last stretch to its traditional finishing point at Warnambool, it saves its most dramatic reveal until last. The Twelve Apostles are truly one of Australia’s most iconic sights: a series of epic limestone stacks marching out of the surf. Each apostle was carved by the waves from the receding cliffs over the millennia. Scenic flights by helicopter over the coast are available here, or you can walk between a series of breath-taking viewpoints down to the sand to let the spires tower high about you. The Twelve Apostles face west, and watching the sun set into the sea behind them is the stuff that perfect travel moments are made of.

As a drive, the Great Ocean Road offers one jaw-dropping view after another. As the longest war memorial in the world, it’s also a fitting monument to the tenacity of the soldiers who built it.

Virtually Explore the New 7 Wonders of the World