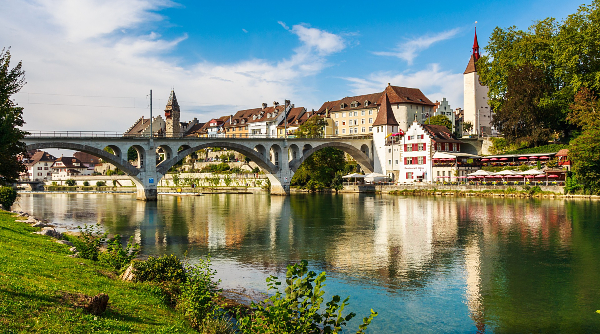 Lucerne is the gateway to central Switzerland.  Situated on Lake Lucerne, the city is blessed with an impressive mountainous panorama. Thanks to the beautiful lakeside setting, plus its many attractions, delightful shopping options, and the nearby excursion mountains of the Rigi, Pilatus, and Stanserhorn, the town is a destination for many travel groups and individuals on their journey through central Switzerland. 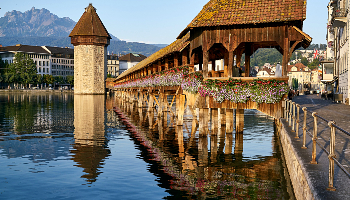 Complete with gable paintings, the covered, medieval Chapel Bridge forms the centerpiece of Lucerne’s townscape and is considered to be one of the oldest, covered wooden bridges in Europe. A further landmark of the town is the Museggmauer, a wall which, with the exception only of one of its towers, has been preserved in its original state.

Lucerne is made up of town squares and churches. Historic houses decorated with frescoes line the picturesque town squares as they do the ‘Weinmarkt’ square in the car-free old town.  The Jesuit church dating from the 17th century is regarded as Switzerland’s first sacral Baroque building and the twin towers form an integral part of the townscape. 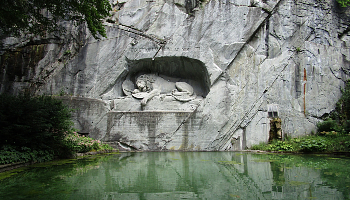 The figure of a dying lion which was hewn from the face of rock in remembrance of the heroic death of Swiss guards killed during an attack on the Tuileries in 1792 is one of the best-known monuments in Switzerland. And with its 112-meter-long Bourbaki panorama, Lucerne possesses one of the world’s few maintained, mammoth circular paintings.

Tradition and modernity stand side-by-side with ease in Lucerne, as the town has also earned a reputation for itself with innovative design. The futuristic Culture and Convention Centre (KKL), designed by leading French architect Jean Nouvel, is one of the architectural highlights of the town. The KKL is also a landmark of ‘Lucerne: Festival City’ and a venue for many cultural events throughout the year. 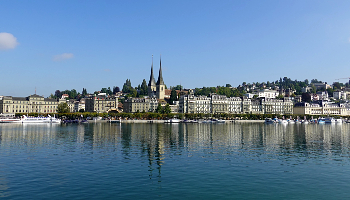 Lucerne is the ideal starting point for many excursions to the highlights of central Switzerland. A trip up one of Lucerne’s regional mountains, the Pilatus or the Rigi – the queen of mountains – is a must.

A funicular cable car excursion up the Stanserhorn is nothing less than breathtaking, as is a visit to Bürgenstock.  There’s also the option for a steamship cruise on beautiful Lake Lucerne.

For those that like train travel, the Gotthard Panorama Express originates in Lucerne and ferries its passengers to the foot of the Gotthard pass via Lake Lucerne and then continues by rail into Ticino, south of the Alpine ridge. All of this and more is well worth consideration when visiting the region. 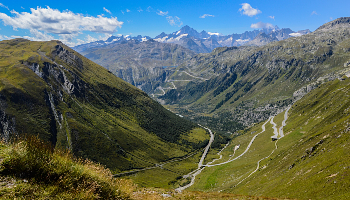 Lucerne is in the very heart of Switzerland and leaves nothing to be desired. The city boasts a large number of diverse hotels and lodgings so there’s plenty to choose from, and the area is beautifully laid out with a wide variety of sights, cultural attractions, and unique shops and restaurants. With its magnificent lakeside location and Alpine peaks almost close enough to touch, this Swiss city is an ideal and memorable destination.

Top 10 Things to do in Toronto – with video