The veil separating the past from the present feels remarkably sheer in the southwest. We can pull it back for a look at different eras and different cultures.  Specifically, Arizona is one of the best places to visit for Authentic American Indian Experiences.

Arizona has worked hard at preserving and protecting pieces of the past. In 1906, long before Arizona was even a state, President Theodore Roosevelt declared Montezuma Castle a National Monument – one of the four original sites to receive the designation.

Visit Montezuma Castle – located in Arizona’s Verde Valley – one of the hundreds of archaeological treasures spread across the region.  Explore the museum and wander the trails through a picturesque sycamore grove at the base of towering limestone cliffs. Afterward, have lunch in the picnic area along the shore of Beaver Creek.

For anyone looking to walk in the footsteps of those that came before, make Sedona your base camp. 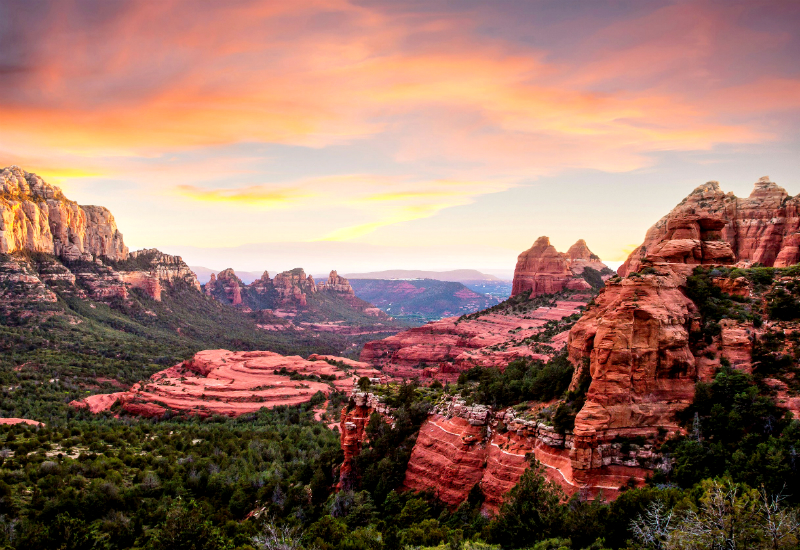 Sedona, which lies in the central-western area of the state, sits at an elevation of 4,500 feet: a transition zone between desert and forest with abundant sources of water.

The lush riparian habitat has long served as a migration corridor for wildlife and people navigating the seasons.

Thousands of years ago, early nomadic tribes traveled through Sedona as hunters and gatherers, building few structures and never remaining long in any one place.

Then came the Sinagua, who stayed.

The Sinagua People and Montezuma Castle 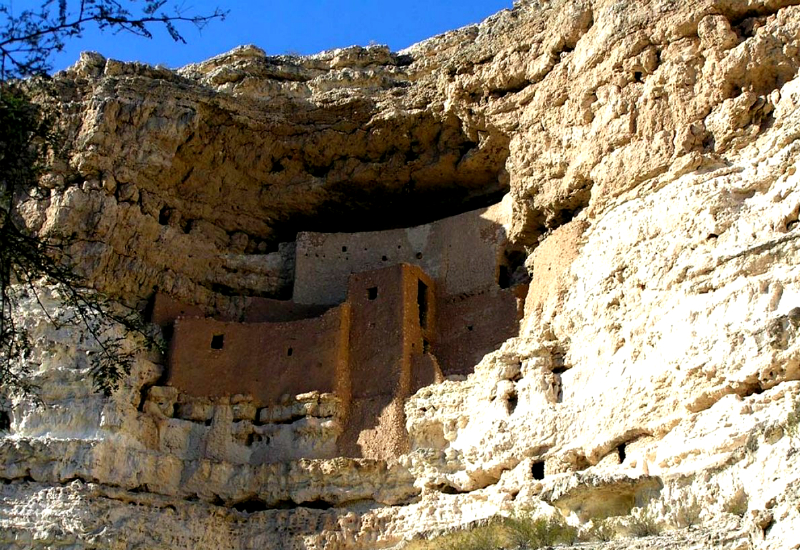 In 650 CE the Sinagua people (meaning ‘without water’ in Spanish) were the most prominent residents of Sedona and the Verde Valley.

Early on the Sinagua lived in round, partially buried pithouses built from brush and poles. Over time they constructed stone dwellings that grew more elaborate as the culture prospered. Built into a high limestone alcove, the 20-room Montezuma Castle is the most famous of these. It’s also considered one of the best-preserved cliff dwellings in the United States.

When the first Euro-American explorers discovered Montezuma Castle they presumed it to be Aztec in origin, giving it the name that would last until today. The structure is a remarkable piece of architecture: thick wooden beams mixed with clay and grass often served as the flooring of upper-level rooms accessible via ladders that could be pulled in nightly. The Sinagua occupied the castle from approximately 1100 to 1425 CE. 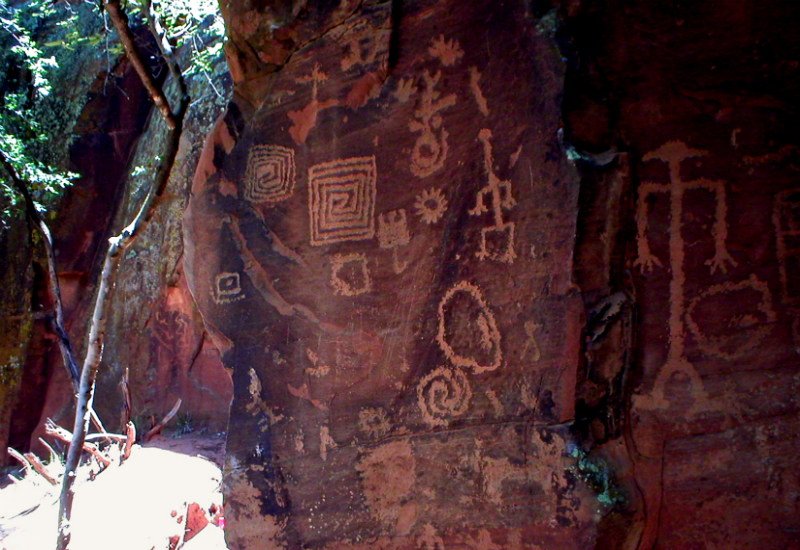 Not far from Montezuma Castle, along the same Beaver Creek corridor, sits the largest known petroglyph site in the Verde Valley: V-Bar-V Heritage Site. The site protects a staggering array of petroglyphs – symbols etched into the stone walls – created by the Sinagua from 900 to 1300 AD, which archeologists believe functioned as a solar calendar. No surprise since successful farming, especially in arid climates, depends on knowing when to plant crops.

Further amid the soaring cliffs west of Sedona are two other culturally rich treasures: the Palatki and Honanki Heritage Sites.

Palatki (Hopi for “Red House”) actually consists of two sites accessible via trails. One trail leads to the weathered two-story cliff dwelling; the second to alcoves sheltering a remarkable display of pictographs, or painted symbols, adorning the rocks.

While most drawings are the work of the Sinagua, others date back to the Archaic period (3,000–8,000 years ago), in addition to more recent additions from Yavapai and Apache people. Curious visitors can learn what life was like for these prehistoric people with help from site stewards. 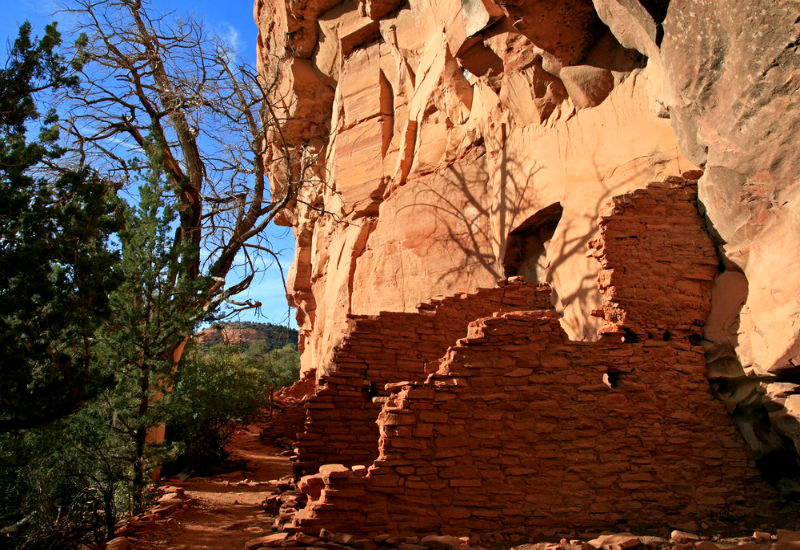 Honanki (Hopi for “Badger”) contains a more extensive set of ruins, representing one of the largest population centers in the Verde Valley.

The Sinagua called Honanki home from 1100 to 1300 CE, but they abandoned it sometime in 1425 CE, leaving this and other large villages deserted.

Reasons for their departure remain a mystery but warfare, drought, and disease are a few of the theories suggested. Still, others believe many Sinagua families moved north, joining other ancestral Puebloan groups at the Hopi mesas.

Sedona wears its past with pride and that history is very much woven into the fabric of the community today. Yavapai, Apache, Hopi, and other American Indian tribal communities hold events in and around town, and visitors are invited to attend. Take a Jeep tour through tribal lands lead by any number of local, knowledgeable guides.

The art, traditions, and many heritage sites provide a link to the past, which, in Sedona, doesn’t seem so long ago at all.

Exploring the Island of Capri on a Scooter