If you are lucky enough to be heading to Nassau over the holidays, do yourself a favor and do not miss JUNKANOO! This is a festival somewhat similar to Mardi Gras in New Orleans and Carnival in Rio, with elaborate costumes, music, dancing, and partying in the street, from darkness to daylight.

The rhythmic goombay drums, the melodic horns and the kaleidoscope of colors moving to the hypnotic beat: this is Bahamian National Pride – this is Junkanoo! As the major cultural festival of the Bahamas, this event is a wonderful celebration of life and freedom, commemorated each year in the early hours of the morning with two parades down Bay Street in downtown Nassau. The first is on Boxing Day, December 26th, and the main event is on New Year’s Day, January 1st. 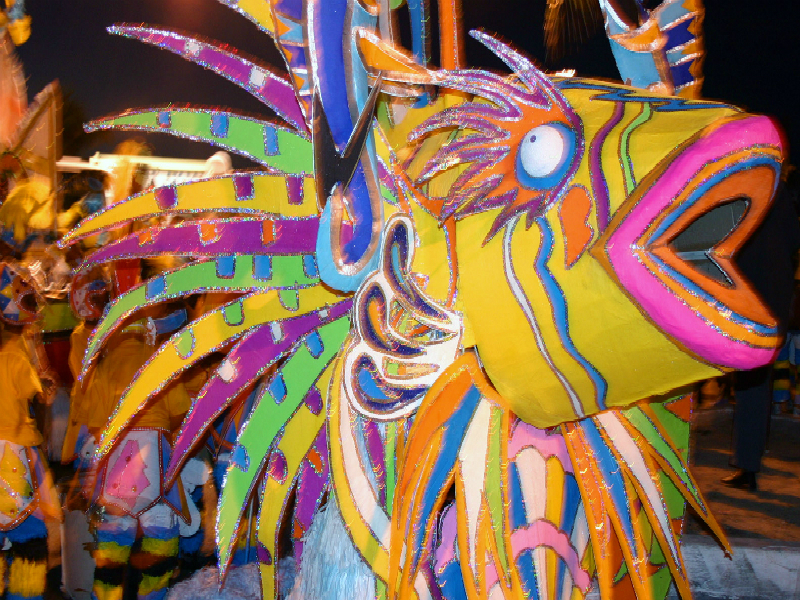 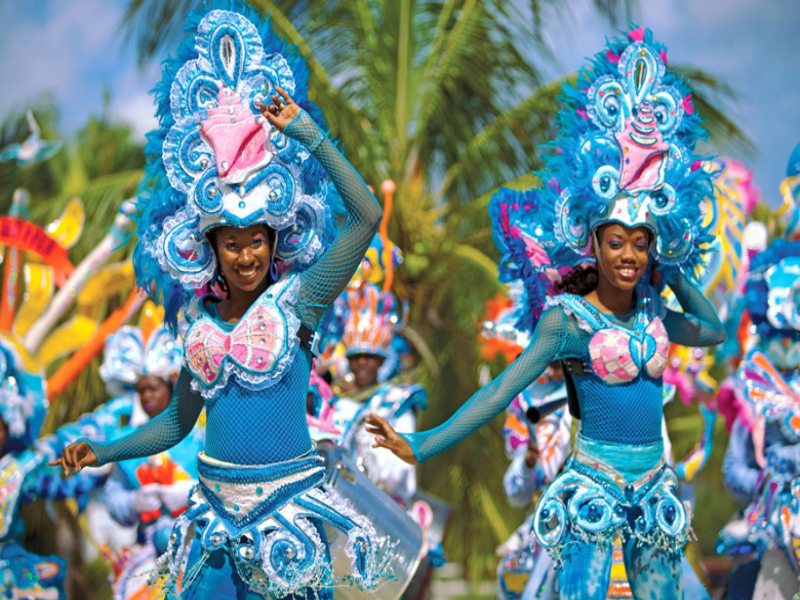 For Bahamians, it is the high point of the season when the nation’s main street is transformed into a sea of sight and sound that amazes, astounds, and enthralls all who experience it. Junkanoo parades are also held in most of the family islands of the Bahamas but do not reach the scale of the parade in Nassau.

Legend has it that the slaves decorated themselves using whatever scrap materials were available; paper and feathers were easy to obtain and sewn onto their clothes with flour paste used to paint their faces. Today, costuming is a detailed process taking many months to complete once the theme has been decided. They usually consist of a headdress, shoulder piece and skirt, which are elaborate and brilliantly coloured. Costumes may be as tall as 15 feet and adorned with a myriad of glittering beads, feathers, and rhinestones. Along with the costumes, each group creates their own parade floats.

The festival attracts large crowds of Bahamians and tourists alike and has become a spectacle of color and celebration. The parade starts at the British Colonial Hilton Hotel with dancers short-stepping or rushing as it is locally known, to the sounds of pulsating drums, cowbells, horns, and whistles.  Meanwhile, revelers on the sidelines dance and sing along.

Instruments were originally fashioned from cast-off items such as rum or food containers into drums and scrap metal into bells. Like their ancestors, today’s musicians employ similar methods as they stretch goatskin across a metal barrel and burn a candle underneath which helps to tune it to the right pitch. 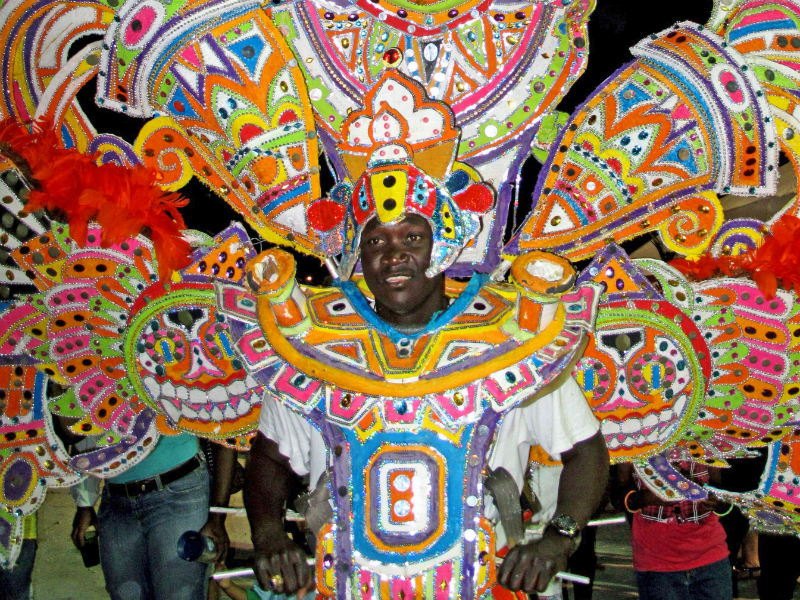 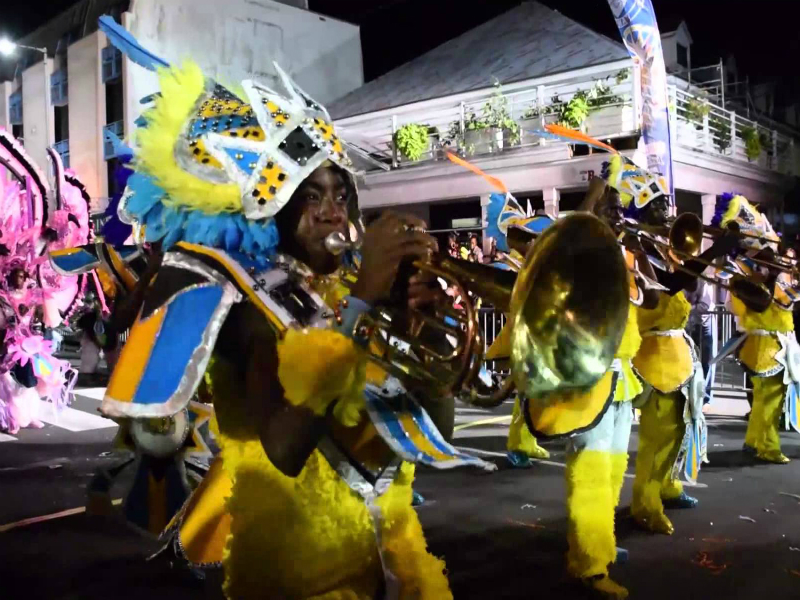 If you happen to miss the festival, there is a Junkanoo Expo Museum located at Prince George Wharf in Nassau that keeps the winning costumes on display. Otherwise, jump in, enjoy the beat, feel the rush, visit the beach, and have some fun.

We were lucky enough to have seen the New Year’s Day version of the festival, and will never forget the high energy, spirituality and sheer excitement of Junkanoo.  Admittedly, it was a bit difficult to leave the comfort of bed so early in the morning, particularly after celebrating New Year’s Eve.  But it was well worth it.  And any grogginess and hesitance we initially experienced were soon forgotten as we were swept up in the exuberance of the massive party.  We’re confident you will feel the same.  So don’t miss it.  Photos don’t do it justice.  This is something you need to experience first-hand!