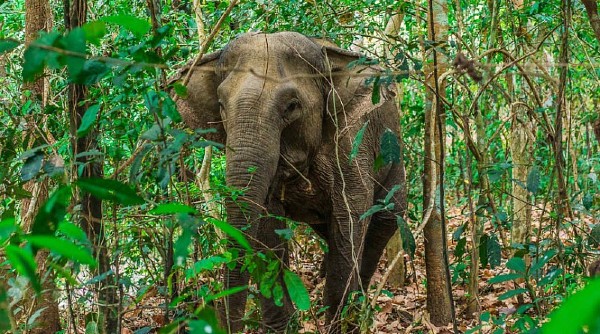 For many travelers, an up-close and personal experience with an elephant is hard to resist.  But, sadly, many of these types of tourist attractions result in the animals being mistreated.  Something had to change, so Vietnam’s Yok Don National Park has created an ethical elephant experience.

It’s hard to be yourself in any circumstance, but especially when you’re an elephant who’s been told what to do for the past 20 years. However, deep in the forests of Dak Lak, four Asian elephants are learning to do just that, free of chains, chores, and (worst of all) set mealtimes. Bun Kham, Y Khun, H Non, and Thong Ngan are the stars of Vietnam’s first ethical elephant tours, which open a window into the extraordinary world of elephant behavior.

Travelers from all over can sign up for the tour, created by Yok Don National Park and Animals Asia. There’s no bathing, riding, or interaction with the elephants involved. You may not even get close to the animal. Still, the opportunity to observe and learn about the elephants in their own environment is a rare experience and a must for animal lovers. 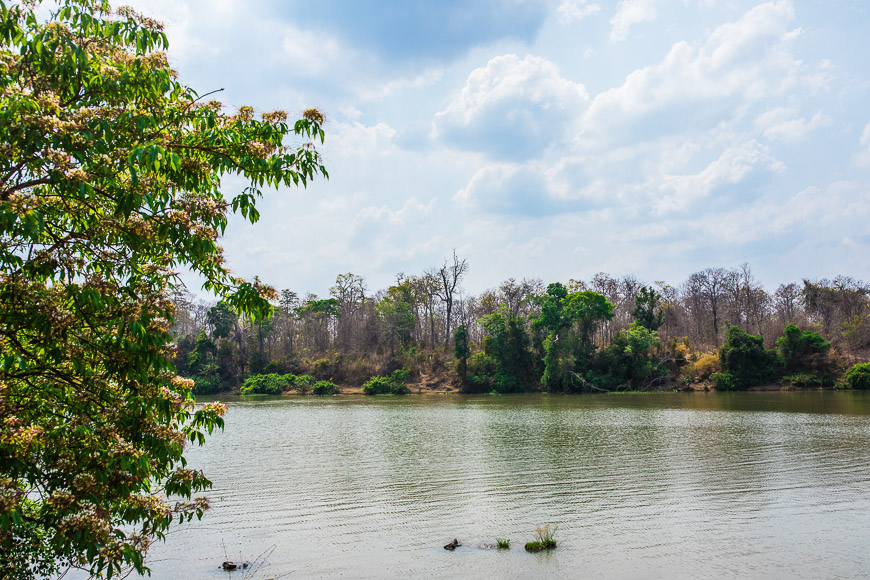 While there were once thousands of wild elephants in Vietnam, experts from Animals Asia say there are only 114 left in the country. In Vietnam’s Central Highlands, ethnic minorities such as the Ede and M’nong have long taken elephants from the wild and trained them to transport heavy loads. When modern means of transport arrived in Dak Lak, elephant owners shifted their focus to tourism activities, such as elephant riding and bathing. Now, Yok Don National Park is debuting a different type of tour, where — for the first time — the pachyderms are the priority.

Yok Don National Park covers 115,545 hectares of deciduous dipterocarp forest, lush in the wet season from May to October, dry in the hot months from November to April. The park borders Cambodia and encompasses part of the Srepok River. It’s a 30-minute drive from Buon Ma Thuot City to the entrance where you can sign up for bird-watching, boat rides, ethnic village visits, and the park’s full or half-day elephant experience.

Animals Asia worked closely with the national park team to create an ethical elephant tour. In October of 2018, the park discontinued its elephant care activities for tourists. Its four elephants — one bull and three cows — were freed of constraints, and allowed to roam freely under the watch of their mahouts. Each elephant has its own mahout who stays nearby throughout the day to keep the elephant safe and prevent it from wandering into private property. For these elephants who spent their years doing everything from construction to carrying tents, the calendar was suddenly wide open. 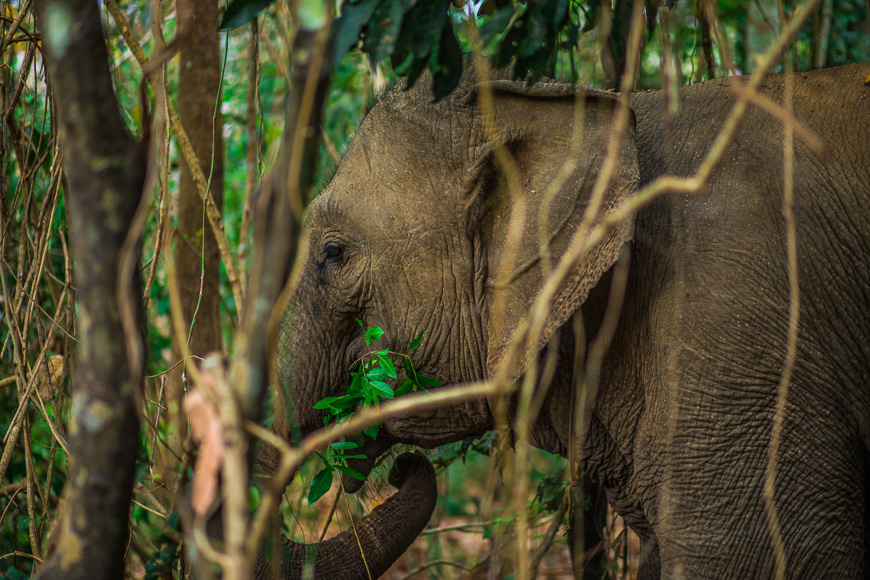 Park rangers stay with visitors at all times to ensure they do not come too close to the elephants.

After four months of ‘elephant rehab’, the park reopened its elephant experience under the new model. A guided trek through the forest takes you to where the elephant and mahout were last seen (streams and bamboo bushes are favorite hangouts.) Along the way, the park guides and rangers share insight about the elephants and point out signs of their activity. After the short search, it’s a special moment when you first encounter the elephants in the forest.

Animals Asia experts say in the months before the tour began, as the four elephants were given time to adjust to their own rhythms, they began to return to their natural habits, forming bonds and displaying the same complex social behavior they would in the wild. There are 17 permanent elephant residents in the national park, but the four elephants the park owns are the easiest to get to know. As you’ll see on the tour, each elephant has an interesting backstory and distinct personality.

Article and Photos courtesy of the Vietnam Tourism Board —Visit Vietnam, Vietnam Travel