Whether you’re sailing for the very first time or are a certified veteran with tried and true sea legs, there’s always something that can be learned from a cruise experience.  Whether its tips, tricks, or hacks, learning the ropes can go a long way in making your cruise the very best it can be with memories to last a lifetime… or at least until you do it all over again.

So, to help you out, we have assembled a dozen tips containing some of our best advice.  Check it out.

1. Cruise Insurance – While it’s true that travel insurance may seem like something you can eliminate from your checklist considering it’s hardly ever used, the fact is that you’ll wish you had it in the event that something goes wrong. Such insurance can cover a myriad of unforeseen problems including misplacing your luggage, getting sick or injured while you are away, or having to cancel your trip. So even though you might not use it, it’s a small price to pay because actually needing it will inevitably cost you much more.

2. Parking – If you are driving to the port, you’ll need to find a place to leave your vehicle for the duration of your cruise. All cruise ports have on-site parking; however, the convenience of being just a short walk from the ship is offset by the high cost as this is certainly the most expensive place to put your car. Instead, do some research ahead of your trip and try to locate a suitable lot just beyond the port.  If you do, chances are that you’ll pay substantially less.  Another suggestion is nearby hotels especially if you’re planning to stay overnight before heading out to sea. Hotels neighboring the port often offer long-term parking for their guests, and many offer shuttle service to the port just as airport-adjacent hotels tend to do.

3. Cruise Port Security – If you’re expecting to find the same kind of inconvenience and hassle as airport security, you can take a deep breath and relax because they are not nearly alike. There is no removal of shoes and coats or emptying your pockets into plastic bins. Nor is there a 3-ounce minimum on liquids such as your toiletries.  Instead, the procedure is limited to an x-ray of your luggage and a metal detector sweep of your body.

4. Pack a Power Adapter – Unlike many hotel rooms with convenient plugs built right into the headboard and end tables, cruise ship cabins have limited outlets.  And with today’s arsenal of electronic devices that we take along on vacation, it’s often difficult to accommodate everything that needs to be charged. Smartphones, tablets, laptops, iPads, cameras, razors, blow dryers and curling irons all compete for a plug. However, the situation doesn’t need to be quiet so dire as its easily remedied with an adapter that can increase the number of available plugs. However, avoid one that is equipped with a surge protector because they are not allowed on board.

5. Alcohol – Most cruise lines do not allow passengers to embark with hard liquor and/or beer. That said, most will allow for wine or champagne with guidelines of one bottle per cabin or per adult. If you’re unsure of what the rules are, simply check with your cruise line before your trip.  While it’s true that a single bottle won’t last long during your vacation, it can help you to save a few dollars considering onboard alcohol prices.

‘All you can drink’ packages are becoming the norm, not just for alcohol but for soft drinks as well. Certainly, it’s a convenient option.  However, it’s not entirely practical for casual drinkers because the plans are set up such that 7-10 drinks a day must be ordered for passengers to realize any kind of savings.  If you’re ordering anything less than that, you might want to stick with a pay as you go program as that will definitely end up the cheaper option in the long run.

6. Reservations – Passengers needn’t wait till they are onboard before making reservations for dinner or spa treatments. Make plans and reservations ahead of time, either online or by phone, to ensure you get the time slots you truly want. If you wait till the trip is underway, you risk disappointment.

7. Order Extra Meals – Having difficult choosing between two main entrees, or perhaps you’ve enjoyed your meal so much you feel as though you could eat more of the same? Such a scenario isn’t a dilemma on a cruise because there is an opportunity to order more than one meal. The majority of travelers are not aware of the option to order an additional meal; however, it’s totally acceptable, specifically in the main dining room. So, eat til your heart’s content – after all, you’re on vacation!

8. Sea Sickness – Even if you think you won’t require medications for seasickness, it’s wise to have them on hand in case of emergency. No two cruises are the same, so just because you felt fine on the last cruise you took doesn’t mean that a storm or rough seas won’t be a factor in turning you green this time around.  Patches, as well as wristbands, are one way to go (the brand name of Sea Band comes to mind), but you can also consider Dramamine (brand name Gravol) as well as home remedies.  However, in the event that you’ve forgotten to pack something and you start to feel ill with symptoms of nausea, dizziness, and sweating, head straight for Guest Services before the feeling gets the better of you. Generally speaking, they are equipped to provide passengers with the necessary motion sickness pills.

Pro Tip: When booking your cabin, opt for one midship and on the lowest level as these tend to be the most stable.  Higher decks will experience the most jostling around, particularly in cabins located at the far front or rear.

9. Gambling – A lot of passengers are positively giddy at the thought of gambling in a floating casino. It sounds so elegant.  However, it should be noted that slot machines are far less likely to pay off on a cruise ship. With guests unable to gamble elsewhere during the length of the cruise, there is less reason to provide great odds.  There may be a story or two of someone hitting it big while onboard, but by and large, this is rare.  However, real money can be made in a game of poker ‘IF’ you’re a good player.  This is because people that normally would not play, essentially beginners, often find themselves ‘giving it a try’ during a cruise.  So you’re an experienced player, this would be reason to head to the casino.

10. While in Port – When docking at various ports during your cruise, have a game plan as to where you wish to go and what you wish to see. These are the kinds of things you can research and plan for directly after booking your cruise. A little preparation will help to save time and money and you won’t be as apt to miss something that truly interests you.  Also, be prepared to be swarmed by locals looking to sell you souvenirs or tours.  Fittingly, there will also be a multitude of taxis promising to take you wherever you wish to go.  If you’re looking to save money as well as expand your options, the best thing to do is resist. Take the short walk to town or the marketplace to find souvenir deals that won’t be nearly as expensive. Similarly, taxis will be available but won’t charge you the exorbitant rates that would have been charged by the cabbies at the port.

11. – Behave While Onboard – These days, it’s natural to see security cameras everywhere you go.  And onboard a ship is no different. As a matter of fact, most cruises have cameras virtually everywhere, much like they do in Las Vegas.  With so many eyes on you, it’s doubtful you’re going to get away with any behavior considered to be underhanded or just plain stupid.  But if you do decide to try something unprincipled, don’t think for a second that nothing will happen just because you’re out at sea.  The fact is, many ships have a specific place for ill-behaved passengers and you can liken that place to jail. Indeed, you’ll find yourself in uncomfortable quarters until the ship returns to its originating port.

12 – Forego Early Debarkation – Most cruise lines offer early debarkation to travelers that wish to carry all their luggage with them. Initially, this option might seem like a good idea, especially if you’re in a hurry to get off the ship and return home quickly. Unfortunately; however, almost everyone has the same idea so the concept of this being a faster method of debarking is a myth. ‘Early’ lines can often stretch around the ship and cause you extra frustration considering the length of time it takes to get through.  It’s much wiser to resign yourself to the fact that debarking is a process that can’t be rushed considering the sheer number of passengers on board. So it’s far less stressful to hang back a bit, have one last drink and go with the flow. 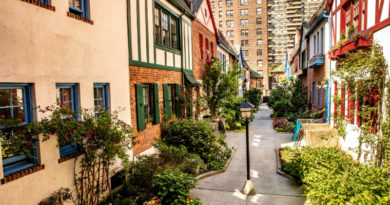 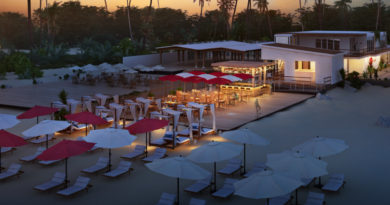 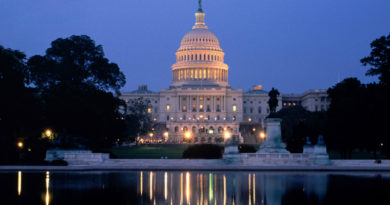 5 thoughts on “Essential Tips for a Cruise Vacation”