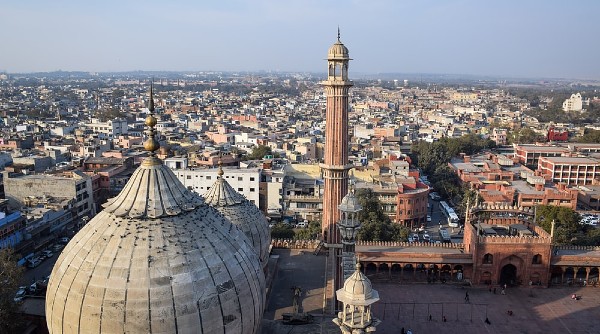 Perhaps one of the best ways to see Old Delhi is on a bicycle, and the best tour operator to go with is DelhiByCycle.

The incessant honking and amount of autos crisscrossing on the road can be overwhelming at ﬁrst. But as you wander the streets of Old Delhi, you begin to understand the organized chaos around you. The honking is another language, communicating with fellow drivers. The amount of rushing trafﬁc is the norm, and drivers understand the way of the roads. It’s easy to get used to bolting across the street during a gap, or ﬁltering out the honking as you stroll along the side of the road. However, there’s another truly immersive way to experience Delhi traffic, and that’s by being part of the ﬂow. 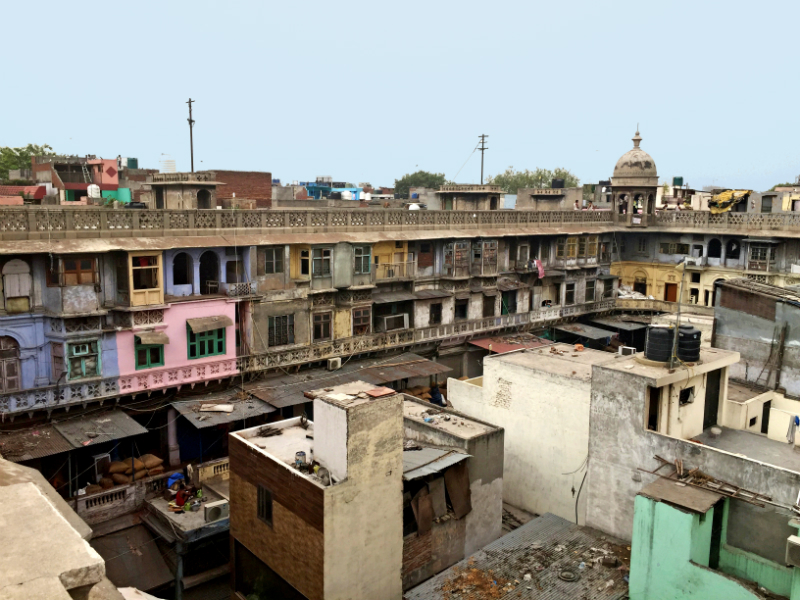 DelhiByCycle gives you this opportunity with their popular bike tours through Delhi. The tour we experienced was the Shah Jahan Tour, a journey through the streets and narrow alleys of Old Delhi. We departed the starting point around 7:00 AM, which is an appropriate choice when guiding foreigners on bikes through Old Delhi roads; the traffic is much lighter early in the morning.

The tour is led by two guides. Throughout the tour, we stopped at monuments and sights, where one of the guides would share the history or mythology of the area. It’s a great way to get to know the history of Delhi and learn more about the culture and religion in this diverse country.

One of the most memorable stops was at the Spice Market, where all the spices mingle in your nose, hilariously leading everyone in the group to sneeze all at once!

The first rest break is at a chai stall. You will come to learn the smallest street stalls have the best chai, and DelhiByCycle takes you to one such place. It’s away from the busy main road and right beside a street-side barbershop (according to our guides, this barber’s services are very popular). At this chai stop, you can chat with your fellow travelers and guides, or just enjoy your tea and biscuit while resting sore muscles. 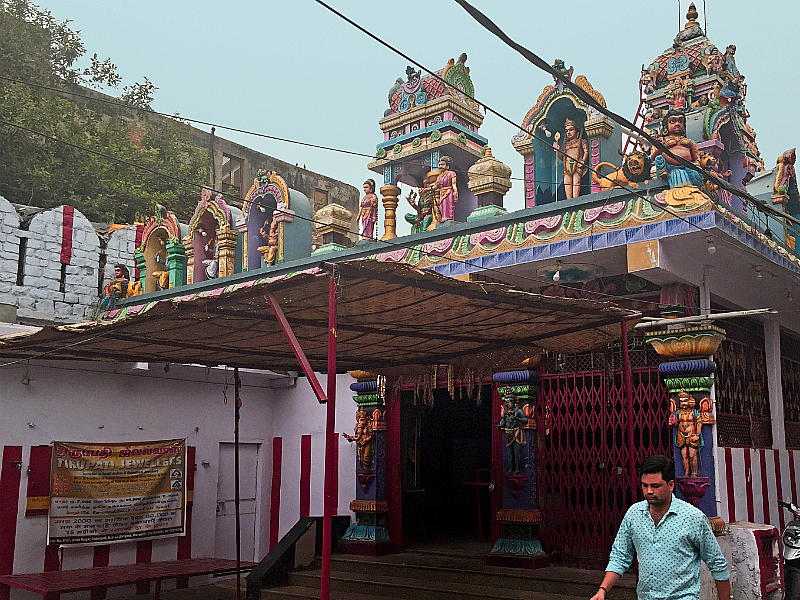 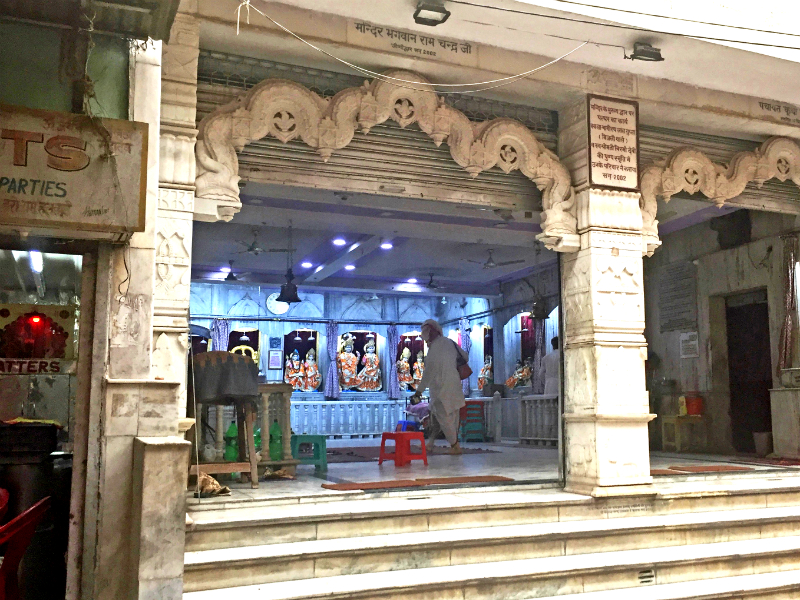 Following the chai stop, we toured through the area that the British once operated from, which is a striking contrast to Old Delhi. We had the chance to cool down in an air-conditioned hotel before continuing on. The breakfast stop was at a famous restaurant called Karim’s, where we ate a curry dish mentioned in a story earlier on the tour. At this point, everyone in the group had become friends, and we were able to share conversation and laughter over a delicious traditional Indian dish.

DelhiByCycle operates with the value of promoting sustainable travel, touring Old and New Delhi without leaving a carbon footprint. With everything that is included, ₹1,850.00 (approximately $26.00 US) is well worth the cost. They can provide helmets, and children are welcome to come along.  They will even provide a child’s seat on the back of the bike, free of charge. 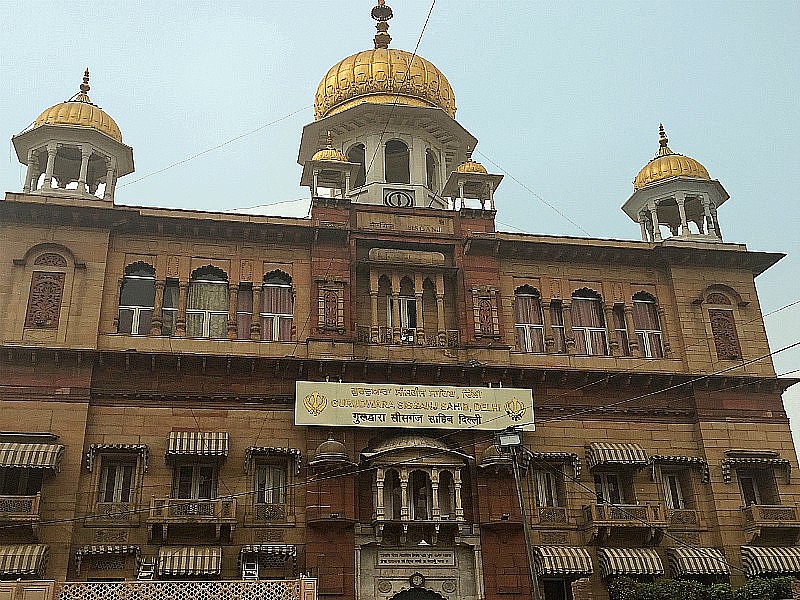 The guides are incredibly helpful when leading you through the streets; they’re always looking out for their cyclists and have strategies in place to ensure your safety on their tours.

Some tips for those considering a tour with DelhiByCycle: 1) Bring a full water bottle. DelhiByCycle provides you with a bottle of water, but in the Delhi heat, it’s a good idea to have another one. 2) Having experience and being comfortable riding a bike will give you conﬁdence when navigating Delhi trafﬁc. Trafﬁc is not as hectic in the morning as it is later in the day; however, the roads are still very different than what you might be used to. 3) Your bike has a bell; use it and use it often. As mentioned, honking is a language and on the bike, your bell is your horn.

For more information on the tours offered and to book a journey, visit their website here! https://delhibycycle.com

Shown in the lead photo — Jama Masjid, one of India’s largest mosques.

Review of The Orleans – Las Vegas

What to Expect at The Bayview Wildwood Resort — Severn Bridge