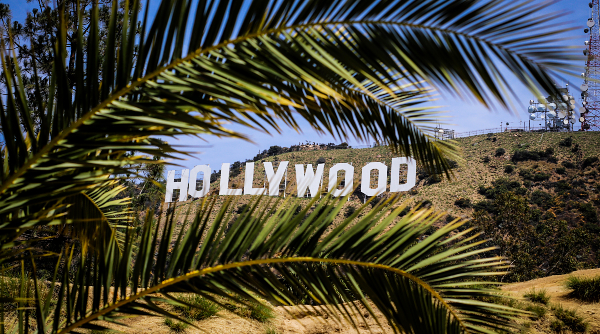 Fave 5 Ways to See a Celebrity in Hollywood

No state can hold a candle to California in terms of sheer star power. It’s a place where celebrities have lived, worked, and played since the golden age of cinema. Although laid-back beach towns like Montecito, Malibu, and Newport Beach can offer a celeb sighting on occasion, Hollywood has all the glitz and glam expected of the moviemaking capital of the world.

Here are our Fave 5 ways to see some of the biggest names in Hollywood, from Oscar-winning actors and music moguls to athletes and multi-hyphenate entertainers. 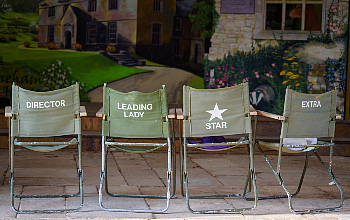 From The Late Late Show with James Corden to American Idol to The Voice, some of TV’s most popular shows tape live on sound stages across Los Angeles County. Whether you want to laugh out loud to mean tweets on Jimmy Kimmel Live! or cheer for a costumed competitor on The Masked Singer, opportunities abound to get a behind-the-scenes glimpse of your favorite talk-show hosts, game-show presenters, and sitcom stars.

Most tapings are free to attend, but it’s best to begin looking for tickets a few months in advance. Pro tip: Plan to spend several hours at the studio.

Dine at their Favorite Restaurants 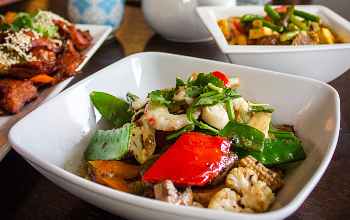 Tinseltown’s celebs have an affinity for stylish restaurants. Cecconi’s West Hollywood is a popular Hollywood hotspot, welcoming music icons such as Madonna, The Weeknd, and Britney Spears onto its airy patio. Also on Melrose Avenue, Catch LA’s seafood-focused menu is a favorite of Justin Bieber and wife Hailey. In nearby Hollywood, the Chris Santos–owned Beauty & Essex is a favorite for celeb soirees. Actor America Ferrera and rap powerhouse Cardi B are among the restaurant’s high-profile revelers. Other restaurants frequented by the stars include The Ivy and Sugarfish in Beverly Hills; Nobu Malibu; Craig’s on Melrose; and Giorgio Baldi in Santa Monica.

Hang out at a Hotel Bar 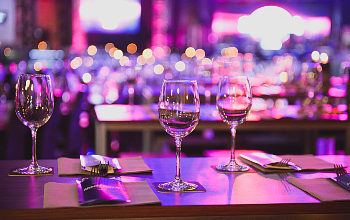 These three iconic L.A.-area hotels are steeped in history, making them a favorite among visiting celebs seeking a Golden State getaway. Opened in 1912, The Beverly Hills Hotel has hosted famous guests from Howard Hughes to John Lennon. Today, perch at The Polo Lounge bar to be the first to know about power lunches like the one between SNL media mogul Lorne Michaels and Kim Kardashian. At The Hollywood Roosevelt, the birthplace of the Academy Awards and home to Marilyn Monroe for two years, grab a day pass to the Tropicana Pool to stargaze at visiting celebs like Justin Timberlake and Miley Cyrus. The legendary Chateau Marmont now limits overnight stays to members only, but if you can get a table at the ultra-exclusive restaurant you might catch a glimpse of celebs such as Beyonce and Jay-Z, Rihanna, and Keanu Reeves. 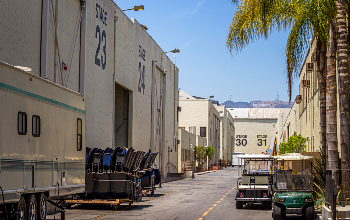 Do more than just see the stars—learn about the rich history and get an up-close look at working studios and soundstages. While there’s no guarantee that you’ll spot your favorite A-lister, keep your eyes peeled for a rare sighting. At Universal Studios Hollywood, the 60-minute studio tour takes visitors past iconic sets like the Bates Motel and mansion from Psycho and the Boeing 747 from War of the Worlds. The VIP experience also allows guests to disembark from the tram and explore the backlot’s outdoor sets on foot. In Culver City, the Sony Pictures Studio Tours takes visitors backstage where production crews are setting up for game shows including Wheel of Fortune and Jeopardy!, and costumed extras for various sitcoms may be wandering around. Other working backlot tours include the Warner Bros. Studio Tour in Burbank and Paramount Pictures Studio Tour in L.A., where Dr. Phil and NCIS: Los Angeles currently film.

Hit Up Sunset Blvd with a TMZ Celebrity Tour

Who better to take you on a tour of Tinseltown than some of L.A.’s best star seekers? The TMZ Celebrity Tour cruises through the streets of Hollywood, West Hollywood, and Beverly Hills during a two-hour sightseeing trip that hits up landmarks like the Beverly Wilshire Hotel, Rodeo Drive, and the Viper Room. TMZ’s newsroom staff are the eyes and ears of Hollywood, guiding their drivers with up-to-date information so they can pull up next to stars like Jennifer Lopez and Ben Affleck when they’re waiting at a stoplight. To get more insight about this tour, listen to the “California’s Movie Magic” episode of the California Now Podcast.

What to Expect at Atlantis Bahamas – with video

Favorite 5 Reasons to Opt for a Vacation...