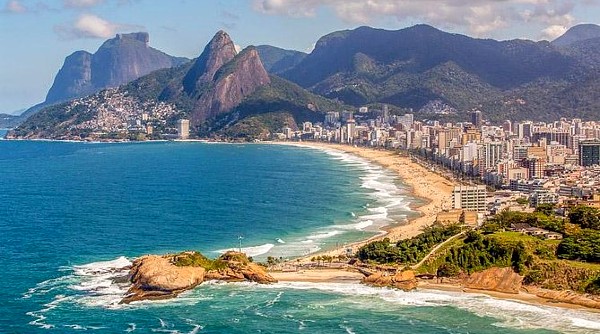 Rio de Janeiro is a beautiful and exciting seaside city in Brazil, known for the massive and identifiable landmark of Christ the Redeemer set atop Mount Corcovado. The famous Copacabana and Ipanema beaches are a big draw for tourists, as is the world’s largest and most flamboyant street celebration — Carnaval!

The city offers an abundance of attractions, such as museums and art galleries, and there are plenty of sightseeing and excursion options.  Watersports, extreme sports, hiking, and watching a stadium football game are just some of the outdoor activities available, plus the region is known for its vast nightlife.

To make the most of your Rio vacation, we advise doing some research before your departure date so you’ll have a good idea of some of the things you want to see and do.  In the meantime, here are our Favorite 5.

⦿ To watch our BEST of Rio de Janeiro video, visit our YouTube channel HERE and be sure to use the highest quality playback settings.

Chill Out on Copacabana Beach 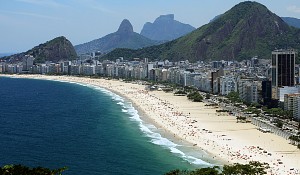 Rio de Janeiro’s legendary Copacabana Beach is a 2.5-mile stretch of public beach located in the heart of the Zona Sul neighborhood.  It is bordered by Avenida Atlantica, the iconic wavy sidewalk made with mosaic tile, and is marked by lifeguard stands — Posto 1 to Posto 6.  Both offer restrooms and change rooms for a small fee, and at Posto 6 visitors will find the Historical Museum of the Army and Copacabana Fort

The white powdery beach is almost always crowded with a mix of tourists and locals, all of which are soaking up the sun, playing volleyball, and generally having a good time. The region is overflowing with authentic eats and agua de coco which is sipped directly from bright green coconuts, as well as Caipirinha, a drink made from sugarcane. The sun and sand, sights and smells all come together to create the perfect place to party, throughout the day and into the night. 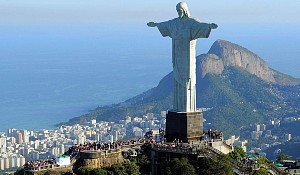 Christ the Redeemer is visited by almost 2 million people each year. It is recommended that guests attend on a day with clear skies to obtain the most stellar views.

Enjoy the Views from Sugarloaf Mountain 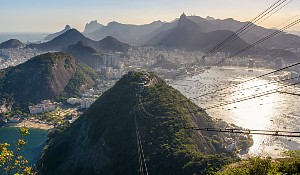 For an unforgettable panorama, visit Sugarloaf Mountain. The name Sugarloaf was conceived in the 16th century during the height of Brazil’s sugar cane trade.  In 2012, UNESCO declared the mountain as part of a World Heritage Site. The mountain is one of many granite and quartz pinnacles in the region that rise from the water.

To get to the summit at 1,299 feet (396 meters) above sea level, visitors can board a glassed-in cable car which stops once at a scenic viewpoint. The peak offers beautiful views of Guanabara Bay, Copacabana Beach, Santa Cruz Fortress, and, of course, the city of Rio. 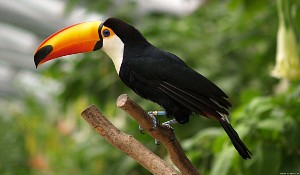 This is an urban national park located in the mountains of Rio de Janeiro. Covering an area of 3,200 hectares, it is part of the Atlantic Forest Biosphere Preserve.

Wildlife that can be seen in this part of the Amazon basin include a wide variety of birds and bats, ocelots, sloths, several types of rodents, and black capuchin, squirrel, and howler monkeys.

Although the main road that meanders through the park is known to be safe, it is recommended that tourists explore the region with a trained guide to potential problems, such as getting lost.

Revel with the Revellers at Carnival or in Lapa 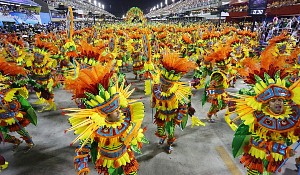 Carnival in Rio dates back to 1723 with Roman Catholic roots that celebrate the final feast before Christians fasted for the following 40 days.  In Portuguese: Carnaval do Rio de Janeiro — it is an annual flamboyant festival held just prior to Lent and is thought to be the biggest carnival in the world with an average of two million people per day on the streets. A combination of colorful parades, parties, music, and open-air performances dominate the city, with some events that are free and others that are exclusive.

However, travelers need not miss out on Rio’s nightlife if Carnival does not sync up with vacation plans because Lapa is the place to be. Located approximately 7 kilometers from Rio, Lapa is the nightlife hub with bars and nightclubs and plenty of dancing, particularly the Samba.