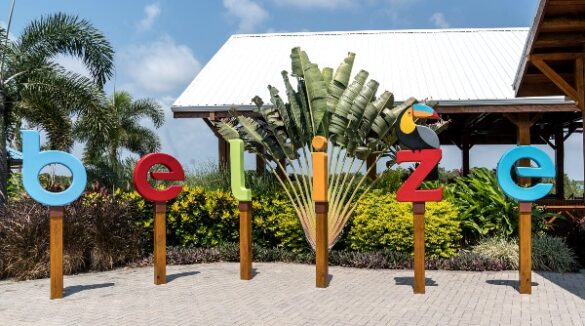 Despite that Covid-19 has altered travel plans for most people worldwide and has kept the majority of us at home, that hasn’t stopped us from dreaming and making plans for when it’s safe to travel once again. And so it’s highly likely there will be a surge of vacation bookings when the pandemic finally gets under control. Knowing that the most popular destinations will be completely overrun with tourists, Thrillist checked in with their globe-hopping associates to pinpoint comparable but underrated destinations that offer travel experiences every bit memorable as their in-demand counterparts.  They came up with an impressive list of 20.  Of these, we have selected our Favorite 5.  Here they are in alphabetical order, with a bonus pick. 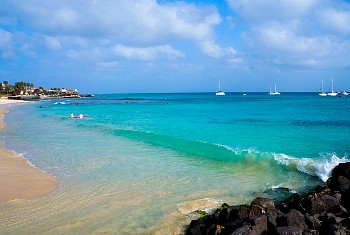 Located 350 miles off the coast of Senegal, Cape Verde ticks off all the boxes of an idyllic tropical beach paradise. You’ll find the requisite sweeping mountain vistas, sparkling beaches, and colonial towns on its land, plus shipwrecks and whales in the crystal waters. On a strictly aesthetic level, this should be on any traveler’s list. But it’s the island nation’s multicultural aspects that merit a spot at the very top of that list.

Arid and uninhabited when the Portuguese landed here in the 15th century, Cape Verde has weathered deep struggles to forge a truly modern culture across 10 stunning islands, each with its own character. Today, it’s where you’ll find rich & nutty stews of Senegal, the colonial heritage of the Portuguese, the party-loving spirit of Brazil, the democratic ethos of Ghana, and the wine expertise of the French.  — Becki Iverson 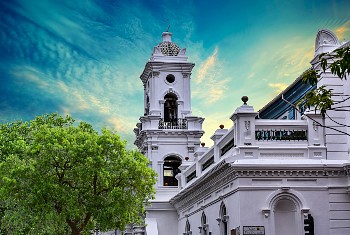 Magnificent diverse landscapes, but in a small, approachable package.

Neighbouring Peru and Colombia really zoomed ahead in the race for tourism over the last two decades, the former with its award-winning restaurants and the latter with its powdery beaches. But little Ecuador, sandwiched between the two and about one-fifth the size of them combined, should not be ignored. Boasting its own style of ceviche (with popcorn!) and swimmable coastline, Ecuador’s advantage is that it’s super easy to navigate. The national currency? The US dollar. Andean Spanish? Slow and clear and easy to understand.

Head here to be awestruck by the floating forests of the Cuyabeno Wildlife Reserve, the towering peak of Cotopaxi, the sprawling indigenous market of Otavalo, and the colorful architecture of Quito. A compact country of diverse landscapes, Ecuador is ideal for folks with **FOMO: You won’t miss out on anything. Swim in the Amazon basin, watch blue-footed boobies, and munch on empanadas to your heart’s content. Then, dive deeper: Head to a smaller city like Cuenca, or even a tiny town like Loja, where you can take in the beauty of an Ecuadorian central plaza, tour historic structures from pre-colonial times, and hike the surrounding countryside. — Naomi Tomky 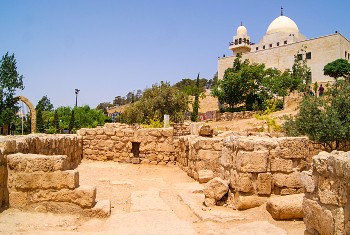 This is one of the Middle East’s safest destinations.  It brims with antiquities and otherworldly vistas.

In a famously dry country associated with deserts and camels, Jordan’s coolest activities have you stripping down to your swimsuit. Scuba diving and snorkeling are probably the last things you’d expect, but the warm waters of the Red Sea offer up ample underwater exploration. Seeking the red sands of your Arabian night dreams? Hop on a hump and join adventure providers camping with nomadic Bedouins, all beneath a starry sky in one of Earth’s most beautiful deserts, Wadi Rum. Dubbed “Valley of the Moon,” this is just one of several UNESCO World Heritage sites in Jordan, including the iconic Petra, the desert castle of Quseir Amra, and the Roman military camp, Umm er-Rasas.

There’s no better way to get intimate with the country’s otherworldly landscapes than via the Jordan Trail. The cross-country path opened in 2016, connecting ancient trade routes from north to south across some 400 miles, cutting through 52 villages and towns. To complete it in one fell swoop could take 40 days. Alternatively, try the sister route, the Jordan Bike Trail, a 15-day journey of mixed-track cycling across more than 430 miles of rolling hills, farmlands, mountains, deserts, canyons, and more. — Cristina Goyanes 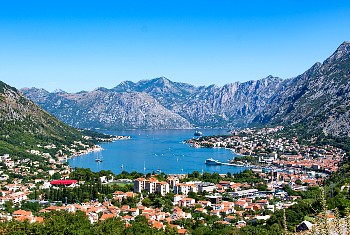 A tiny, budget version of Italy with some of Europe’s most stunning beaches.

Neighboring Croatia gets most of the love these days, but Montenegro is every bit as gorgeous — without the crowds. This tiny country on the Adriatic feels huge; slightly smaller than Connecticut, you can do a hell of a lot in a short amount of time. The beaches on its lush coastline are some of Europe’s most beautiful and most raucous, with an oceanfront party scene that can skew swanky like Ibiza or sloppy like Cancun. Hop between ancient Venetian towns like Budva, Kotor, and Perast, sporting 15th-century fortifications, charming red-tiled roofs, and delicious seaside restaurants.

When you’ve had your fill of sun and sand, head to the country’s less-traveled eastern interior for sublime mountain ranges, pristine lakes, and wild forests. You can whitewater raft down the iconic Tara River canyon, or hike through the outstanding Biogradska Gora National Park — also home to some of Europe’s most affordable ski slopes come wintertime. — Daniel Cole 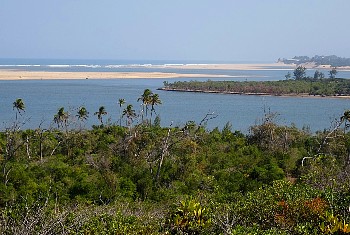 Pristine beaches, one-of-a-kind run-ins with wildlife, and relaxed vibes can be found here.

Unlike other African countries, Mozambique’s Indian Ocean shoreline is largely uninhabited, so you might be the only person on the sand. Here, the usual land-bound safari is reimagined in the crystal waters: Explore the Limpopo River valley (shown in the photo) or surf and reef dive off the coast of Tofo. You might even get close to one of the last surviving colonies of the gentle and endangered dugong (a relative of the manatee) living in the shallow waters.

Mozambique’s proximity to South Africa once made it a popular destination, but a devastating 15-year civil war discouraged tourism and destroyed the country’s infrastructure. The war ended in 1992, and Mozambique is still recovering, but these days, resorts abound. Learn more about Mozambique’s struggle for independence in the capital city of Maputo, where colonial-style architecture reveals its past, including the crumbling ruins of the 18th century Portuguese Fort of Sao Sebastiao. It stands in contrast to the country’s future, as seen in the new Fisheries Museum, a handsome modern construction detailing Mozambique’s seafaring history. — Maridel Reyes

For a look at an excellent Mozambique resort, read our review of Sentidos Beach Retreat

We’ve chosen Belize (lead photo) from the Thrillist list as a bonus pick because we think it falls into a bit of a different category.  We don’t believe that Belize is underrated.  We think most people know of its intense beauty and all the wonderful things it can offer tourists.  We tend to think vacation price points are what deter travelers from visiting.  And for that reason, it most definitely is a country that is not overrun with tourists.  Here is how writer Joni Sweet describes it.

A jungle paradise with some of the world’s best scuba sites.

In Belize, the chirps of vibrant birds break the silence in your bungalow — the perfect wake-up call in a place where every day is a choose-your-own adventure. Want to swim in hidden waterfalls? Test your diving skills in the Great Blue Hole, an underwater sinkhole visible from space? Explore decaying Mayan ruins? Get blessed by a shaman? Hike among jaguars and monkeys? Belize offers it all!  And since everyone speaks English, there’s no barrier to these experiences on a short or long trip.

While here, be sure to head out on a snorkeling excursion to Silk Cayes, a teeny island 22 miles offshore with nothing more than some palm trees and a grill. You’ll float above coral in every color and tropical fish swimming around the Belize Barrier Reef (the largest reef system in the Northern Hemisphere). Then, refuel with a hearty lunch cooked by your guides before snorkeling again, this time with nurse sharks and loggerhead turtles. — Joni Sweet

**FOMO — The fear of missing out refers to the feeling or perception that others are having more fun, living better lives, or experiencing better things than you are.

Exploring St Lucia with an Island Tour – with video