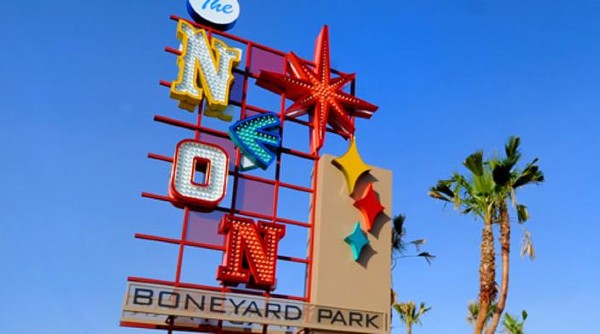 Las Vegas is known for many things ­— gambling, partying, buffets, luxury hotels, top-notch entertainment, the list goes on and on. But let’s face it, the last thing anyone would add to that list would be museums.  And yet, there are more than a few to choose from if museums/exhibits are on your must-see list.  Here are our Favorite 5. 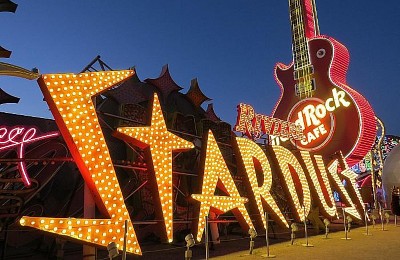 If you are someone familiar with the many, many changes and facelifts that Las Vegas has undergone over the years, specifically the iconic hotel properties that once graced the Vegas Strip and have since been replaced, this exhibition is for you.  Created in 1996, The Neon Museum is a non-profit organization that collects, preserves, and displays the dedication to collecting, preserving, and exhibiting emblematic Las Vegas signs.  The museum’s visitor center can be found in the lobby of the former La Concha Motel, while the majority of old signage is displayed outdoors in a portion of the experience known as the Neon Boneyard. There is also something called the Neon Boneyard North Gallery that displays additional signs and is used for weddings and other special events.

The Neon Museum is not only a poignant look at days gone by but also an education in the evolution of design and technology considering the assemblage of Vegas signs spans approximately 90 years, from the 1930s to the present day.

Guests can visit the museum on most days between 3 pm and 11 pm. 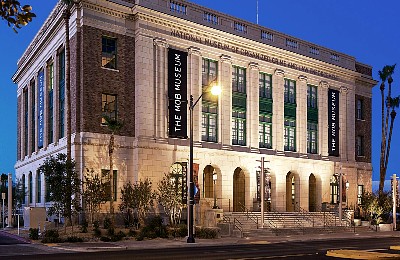 It’s no secret that the 1950s saw a surge of mob influence in Las Vegas.  Names like Bugsy Siegel rose to the top of the pile and hotels on the strip, like The Dunes, Riviera, The Sands, Stardust, and Tropicana were known for their mob-connected casinos. With this kind of history in the region, Las Vegas is the perfect place to host The Mob Museum. With a price tag of $42 million US for construction, this experience is located just steps from Fremont Street in downtown Vegas.

The building contains 4 floors (underground plus 3 floors) of relevant displays that range from prohibition to the birth of the mob, and from the St. Valentine’s Day Massacre Wall to the Rise of Cartels and Organized Crime Today.  The underground even contains a Roaring Twenties Speakeasy. The bar is well-stocked for visitors and hosts live entertainment.

Museum hours are from 9 a.m. to 9 p.m. daily.  The Underground Speakeasy and Distillery are open Sunday to Thursday from Noon to 9 p.m., Fridays and Saturdays from noon to midnight. 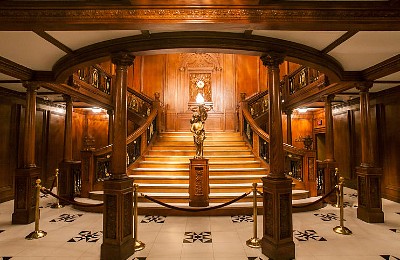 Located at the Luxor hotel on The Strip, visitors to Las Vegas can experience and ponder the misfortune of the Titanic, the world’s most famous cruise ship that was originally thought to be unsinkable. This 25,000-square-foot exhibit houses more than 250 authentic artifacts that were recovered from the wreckage, including such things as luggage, an unopened bottle of champagne, and the ship’s whistles.

In addition to displays, the exhibit features stunning recreations of some of the ship’s more relevant rooms and commons areas, such as the Grand Staircase and part of the Promenade Deck. First and third-class cabins can be viewed by visitors, who can also experience the frigid cold temperature of the fateful night in April 1912 that the Titanic struck an iceberg and then slowly sank. 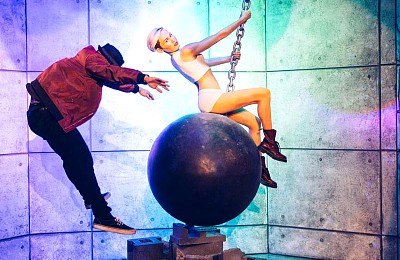 Lovers of museums are no strangers to the name Madame Tussauds, whose famous wax figures can be found at The Venetian Las Vegas, located directly on The Strip. This attraction opened in 1999 and features more than 100 wax creations of famous celebrities, including actors, musicians, sports figures, and Marvel superheroes.  No detail is spared when it comes to creating the likeness of a celebrity, which is why Tussaud’s stylists take 150 measurements and 200+ photos of the subject matter before they begin the process.

Visitors to the museum can take pictures with all their favorite celeb figures, or relive the classic Vegas film “The Hangover” by joining the ‘Wolf Pack’ at the new Hangover Bar.  There’s also a new virtual experience where guests can partake in a time travel mission. 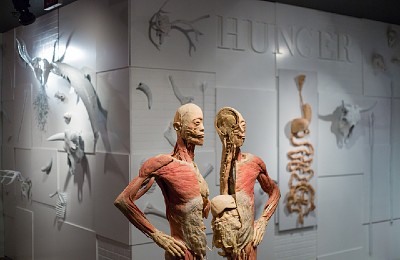 If you remember the spectacular yet controversial Body Worlds exhibits that traveled from museum to museum starting in 1995, then you already have a good idea of what Real Bodies displays for visitors. Located inside Bally’s hotel at the Four Corners of the Vegas Strip, Real Bodies turns the human body inside out with a fascinating polymer process called plastination that essentially prepares the body to be viewed without its skin.  This exposes all complex anatomical systems, allowing visitors to see and understand how the human body works.  Specimens left to science agreed to have their bodies preserved in this fashion to help educate others, especially as the exhibit not only features 20 full human bodies, but also body parts.  Anatomy, medicine, birth and death, and their various aspects are all explored.

We would not recommend this exhibit for very young children or anyone that is easily nauseated when it comes to the human body.  However, the displays might surprise you with how creative and artful they are, and you’re likely to be far more captivated than queasy.

The exhibit is open most days between the hours of 8 am and 11 pm.  For more info, click the Real Bodies website HERE. To save 16%, look into Groupon tickets.

What to Expect at Grand Palladium Lady Hamilton – Montego Bay

Airheart for Organizing the Perfect Trip