Rumor has it there is a comic-themed speakeasy nestled in the Yorkville area of Toronto. Well, it just so happens those rumors are true – Figures TO (137 Avenue Road) is a chic and upscale gastronomical destination for fans of vintage comics and cartoons. The exterior is disguised as a fun vintage comic shop where classic items are available for sale such as Ironman and Captain America memorabilia circa the late ‘70s and original Archie comic sketches signed by the artist. A friendly face is there to greet you and assist in your shopping needs but if you are ‘in the know’ a press of the Captain America shield reveals a secret door hidden in the comic wallpaper that leads you to the striking restaurant inside.

The walls are plastered with murals of classic comic figures from Wonder Woman to Pinocchio.  All artwork was commissioned from artists and, for this reason, photography of the art is prohibited. Not to mention, the restaurant likes to retain a bit of a surprise factor for patrons that have yet to visit.

We first thought of a restaurant themed to comic book characters and expected Thor burgers and pizzas that resembled the Capt’s shield. We also thought that this would be a venue that perhaps catered to a younger Fan Expo-type crowd. When we took our seats and peered over the menu we quickly realized that neither was the case.

To begin with, Figures leans toward the pricey side – matching the upscale neighborhood that is Yorkville. Cocktails ranged from $15-$19 and the food menu ranged from $10 for the Heirloom Carrot Salad to $70 for the A5 Kobe Beef – not entirely the family or teen friendly destination. But for the young professional who grew up in the 70s and 80s within the Silver and Bronze Age of Marvel and DC comics, or who developed a fondness for classic Disney, Figures is for you.

As we looked over our menu (one that is sneakily not mentioned on their website), our server mentioned the chef had a meal planned for us.  We were more than happy to oblige and allowed him to take the wheel. We did choose our own cocktails from their suggestions – items that were great to be photographed – the Maleficent ($19) a dark purple concoction that arrived garnished with a flaming sugar cube, and the Rarely on Target ($20) a frothy milky blend with an orange Stormtrooper emblazoned on top. Star Wars fans get the joke. The Maleficent tasted like a potent grape punch while the Rarely on Target had that familiar anise punch of absinthe mellowed by coconut milk, pineapple, and lime rounded off with egg white.

The rest of the evening was left in the capable hands of the chef who had our courses presented in pairs. The first duo was the Octopus Escabeche with Black Garlic ($20) and the Beet Salad with Chevre and Truffle Oil ($14). The octopus was surprisingly delicate, soft and tender. When slicing into it, the expectation was a rubbery texture which octopus so often tends to be and to have to work to cut with a fork. But the fork went through it like butter. The flavors were bright, lively and intense. Right off the bat, we knew this would be one of the favorites of the evening. The beet salad was prepared to resemble a ceviche topped with an herbed aioli and ball of breaded chevre cheese paired with thin slices of beet on the side. The spritely and herbaceous vinaigrette mellowed out the earthiness of the beets and the creamy chevre with the aioli gave the dish a wonderful tang.

Our following two courses were the Fennel Salad with Kalamata and Saffron ($18) paired with the Lobster served with Egg and Caviar ($38). Though the appearance of the fennel salad wasn’t entirely exciting – white on white – the flavors greatly exceeded the visual, braised fennel on the bottom, breaded fennel on top, a light yet creamy rich dressing on top with bold flavors. The kalamata olives gave it a great kick of briny saltiness. The lobster dish consisted of a lobster salad and a breaded and fried lobster claw accompanied with half a medium cooked egg topped with caviar that sat on top of a bed of fresh salsa and a thin slice of avocado. Frankly, nothing about this dish could be bad and it wasn’t. The lobster was perfectly succulent and meaty.

Next up were the braised Oxtail with Plantain and Red Stripe ($18) and the Heirloom Carrot salad with Yogurt and Galangal. In the oxtail dish, it was the plantain that was used in different ways – a spiced plantain pancake topped with oxtail braised in Red Stripe beer, topped with plantain chips.  Ironically, though this dish was delicious, the flavors were far more subtle and did not shout like a few of the other dishes we had earlier. It also was a demur buffer to the carrot salad – raw shaved heirloom carrots paired with roasted baby heirlooms and a carrot puree topped with a yogurt and galangal dressing. Sweet, tangy and punchy flavors that made for a delightful dish.

For dessert, we were treated to the Mexican Chocolate dish with fleur de sel and 22 carat gold flake ($18) and the Brownie plate (which were actually blondies, technically) made with dark rum with finger banana ice cream ($14). The Mexican Chocolate dish was a dome of chocolate as it was presented to us that we had to crack and break into. Underneath was a collection of chocolate surprises including a fudgy dark chocolate cake with crackly, crunchy bits, more gold leaf, a little milk chocolate morsel shaped like a robot, and a fruity jelly piece shaped like Jack Skellington’s face (from A Nightmare Before Christmas). The dish was reminiscent of a Kinder Surprise.. or a chocolate piñata. It was incredibly rich, dark, and decadent.  On the other hand, the white chocolate brownies (blondies) were delightful. The rum gave it a hint of boozy spice, and the berry drizzle gave it a lovely sweet tang. The banana ice cream was delightful.

Figures was a wonderful surprise at every turn and though there weren’t any Captain America pizzas or Ironman burgers, and in fact, the ‘comic’ theme was kept to the décor and the antique toy shop façade outside, we loved the food immensely and thoroughly enjoyed our experience. At the end of the meal, diners are presented their bill along with a vintage comic to keep. Ours was a copy of Archie at Riverdale High circa 1980, a charming little keepsake. The prices here are a bit high and not within everyone’s budget but if you have an appreciation for classic comic artwork and you’re interested in a fun, unique and upscale night out, you definitely should explore Figures. 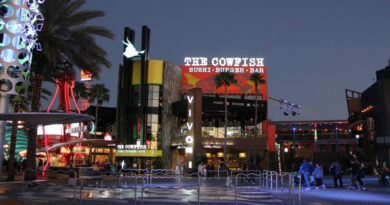 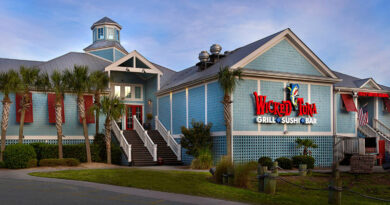