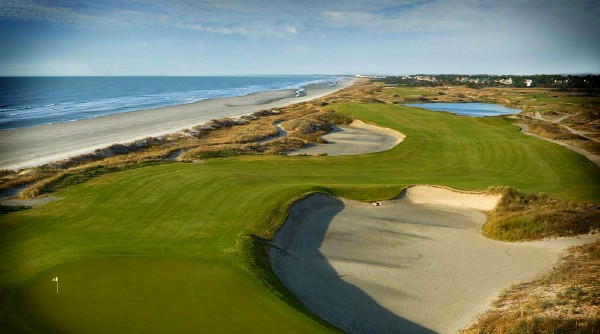 A lot is said about golfing in South Carolina, mainly due to the hot spots of Myrtle Beach and Hilton Head.  However, the lesser-celebrated counterpart to that — the golf destination of Charleston, North Carolina — has just as much to offer.

Bring up the topic of Charleston golf and most thoughts immediately turn to one course – Kiawah Island’s Ocean Course.  It’s understandable – but also incomplete.

In fact, Charleston has a wide array of golf courses to choose from, starting with the obvious selection of resort courses – five at Kiawah Island, including the Ocean Course, site of the 1991 Ryder Cup and 2012 PGA Championship, and two each at Seabrook Island and Isle of Palms’ Wild Dunes Resort – but also ranging to lesser-known tracks offering easier access and good value. Not to mention some surprisingly strong courses many players haven’t heard of.

Still, given its ranking as the world’s toughest course, the Ocean Course will always be atop any player’s wish list. Designed by master architect Pete Dye to host that 1991 Ryder Cup, the 7,356-yard layout sits atop elevated land that offers views of the Atlantic from ten of its 18 holes. The course twists and turns through natural dunes, sea oats, marshland, and water; and golf fans can summon TV images of its holes, in particular, the par-3 17th, an over-water terror, and the par-4 18th with its green set against a backdrop of dunes and ocean.

But Kiawah is more than one renowned course. Its other offerings have their own pedigrees, from Jack Nicklaus’ Turtle Point to Tom Fazio’s Osprey Point and Gary Player’s Cougar Point. Even the lesser-known Oak Point – the resort’s only course on the nearby mainland – is a fun and exciting challenge.

Next to Kiawah, Seabrook Island is another tourist resort with a pair of worthy tests: Robert Trent Jones Jr.’s Crooked Oaks course and the Ocean Winds Course by Willard Byrd. Both feature Lowcountry hazards, not the least being fickle ocean breezes.

On the opposite (northern) side of Charleston, Isle of Palms has two of Fazio’s early designs, most notably the highly regarded Links Course. A 2015 renovation resulted in upgraded conditions capped off by the daunting par-3 18th hole, converted from its original par-5 design due to beach erosion. The Harbor Course is a tight, strategic counterpart to its older sister.

Outside of Charleston but an easy drive is a number of excellent Lowcountry tests. In Hollywood is the Links at Stono Ferry, where architect Ron Garl incorporated on-course odes to the site’s Revolutionary War heritage. North Charleston has one of the state’s top municipal courses in the 27-hole Golf Club at Wescott Plantation, and the town of Summerville, just north of the city, has a true hidden gem in Pine Forest Country Club, an understated but demanding layout referred to by regulars as “Little Augusta”.

Venture a bit farther south to Edisto Island, less than an hour from the city, to find laid-back beaches and the Plantation Course at Edisto, a short but tight and testing design.

Any visit to Charleston would be incomplete without some history. A local favorite is the Charleston Municipal Golf Course, built on James Island in the 1920s and starting point for many area standouts. In Mount Pleasant, Patriots Point Links has views of Charleston Harbor and even more history in the USS Yorktown, a World War II aircraft carrier that is home to the Congressional Medal of Honor Museum.

Not every Charleston-area course can be as famous as the Ocean Course. But plenty will leave their mark on players’ memories.