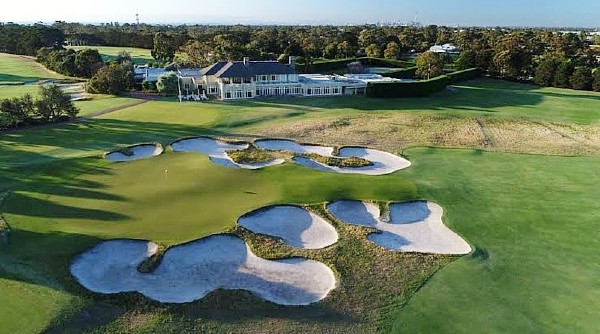 Australia’s golf courses are diverse, offering a memorable experience for every golfer. The championship courses of the Signature Tier are for true golf enthusiasts. Immersed in history and designed by some of the world’s leading architects – old and new, Signature Courses are exceptional in design, scenery, maintenance, and hospitality and include nine that are rated in the top 100 in the world.

From the city to the seaside, the tropics to the temperate, these courses will challenge your golf skills and the landscapes will take your breath away. Play the famous Melbourne Sandbelt or test your game on the links courses that wind through the wild and dramatic dunes of northeast Tasmania. Tee up alongside the sandstone sea-cliffs of southern Sydney or on a tropical island in the Great Barrier Reef. With great golf, great weather, and amazing food and wine, the Great Golf Courses of Australia should be at the top of any serious golfer’s bucket list.

The Premier Courses are a great option for those traveling to a region of Australia to experience the spectacular scenery and warm hospitality as well as a round of golf. These courses are located primarily in tourism hot spots and offer golfers a very good golf experience combined with regional charm and friendly hospitality.

The following is a list of the best courses in Melbourne. 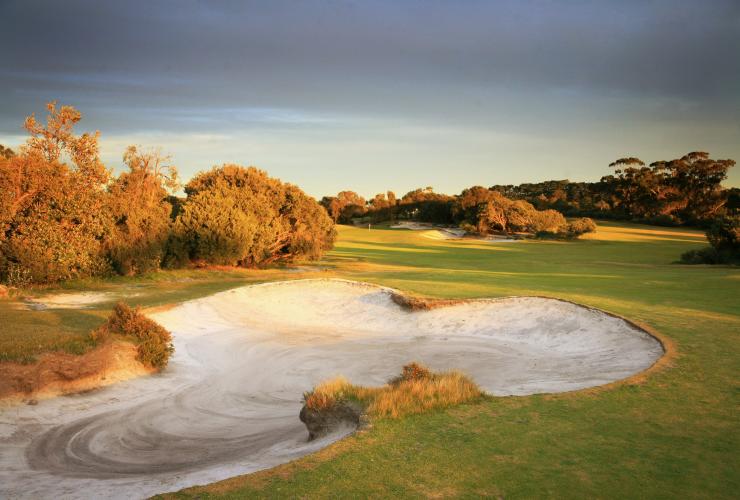 The Royal Melbourne Golf Club is Australia’s most recognized golf club. Consisting of two courses – The East and West, volumes have been written about the spectacular landscape and conditioning of Royal Melbourne. In 1926, from the sandy loam subsoil of the Melbourne Sandbelt, the revered Scottish architect Dr. Alister MacKenzie carved The Royal Melbourne West Course. Strategically designed based on the average members’ ages and handicaps, MacKenzie created a course that was fun and challenging for golfers of all abilities. Shortly after completing the masterpiece of the West Course, MacKenzie appointed former Australian Open champion Alex Russell to complete the East Course. 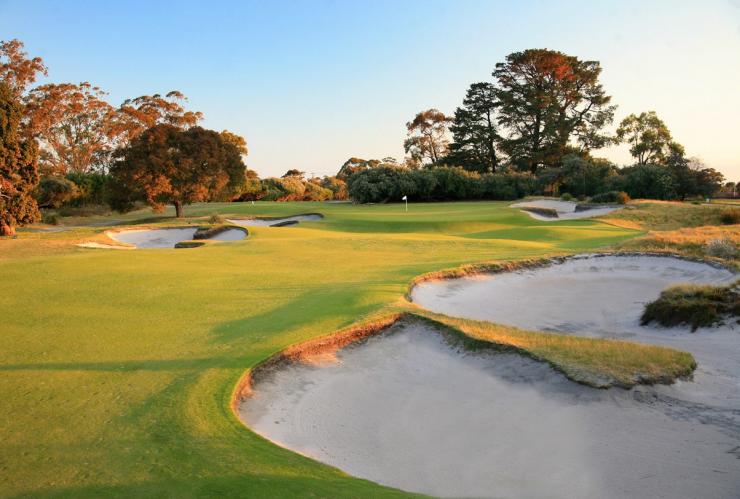 Strategically situated along Melbourne’s Sandbelt, the beautifully manicured fairways of Kingston Heath Golf Club have earned the course an enviable reputation for superb conditioning year in, year out. The 18-hole course has plenty to challenge every level of golfer, with clever use of dips and hollows, along with bunkering and unforgiving grass, tea tree, and sandy scrapes. Kingston Heath’s greens have gone on to host many national and international golfing events, including the Australian Open, Australian Masters, and the Women’s Australian Open. 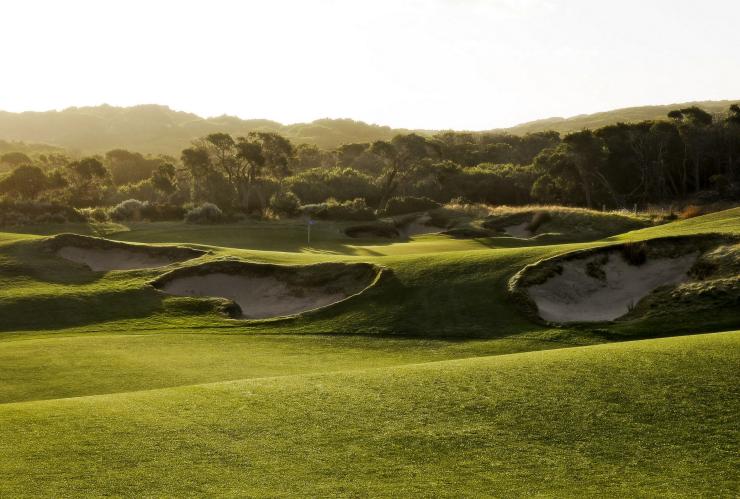 Located at Cape Schanck on the spectacular Mornington Peninsula, just a short drive from Melbourne, The National Golf Club and its three Signature 18-hole courses is widely recognized as one of the best pieces of golfing real estate in the country. It consists of The Old Course, the Moonah Course and the Gunamatta Course, which has recently undergone some architectural changes by leading American golf architect, Tom Doak. Together these courses deliver 54 holes of golfing heaven, each with its own unique design aspects and challenges. With the club’s close proximity to vineyards and beaches of the local area, you’ll need to set aside more than a day to truly experience these spectacular courses along with the experiences of the Mornington Peninsula. 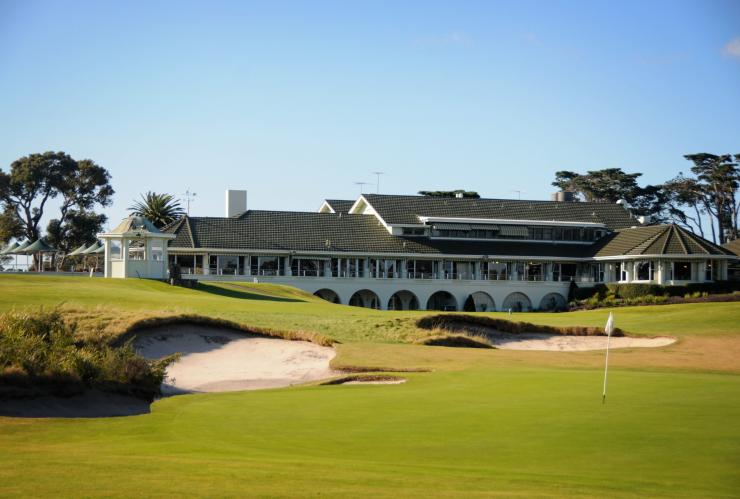 The Victoria Golf Club, on Melbourne’s Sandbelt, has hosted many prestigious golfing events over the years, including the Australian Open and the Women’s Australian Open. Originally designed by Oscar Damman and Bill Meader, under the watchful eye of Dr. Alister MacKenzie, the course has recently entrusted Australian design firm Ogilvy, Clayton, Cocking, Mead to make some architectural changes. It is the home club of Australian golfing great Peter Thomson, winner of five British Open Championships. The strategic bunkering, green complexes and effects of the weather make for a challenging and rewarding course. The Clubhouse offers 15 comfortable rooms where you can rest between jaunts on the green. 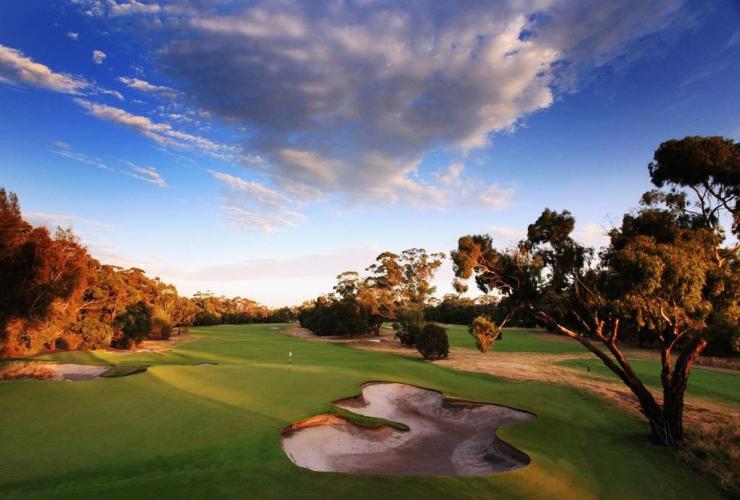 Widely recognized as being among the finest championship courses in Australia, the Metropolitan Golf Club is littered with 96 bunkers. In 1908, engineer J. B. MacKenzie transformed the original sandy landscape into lush, green fairways, complete with magnificent plantations of Australian native trees and shrubs, including the oldest existing specimen of red flowering gum. Now renowned as one of the best-conditioned courses in the country, the Metropolitan is also considered one of the most difficult of the championship golf courses on the Melbourne Sandbelt and has hosted a number of Australian Open and PGA championships, and in 2018 hosted an international match-play event, The World Cup of Golf. 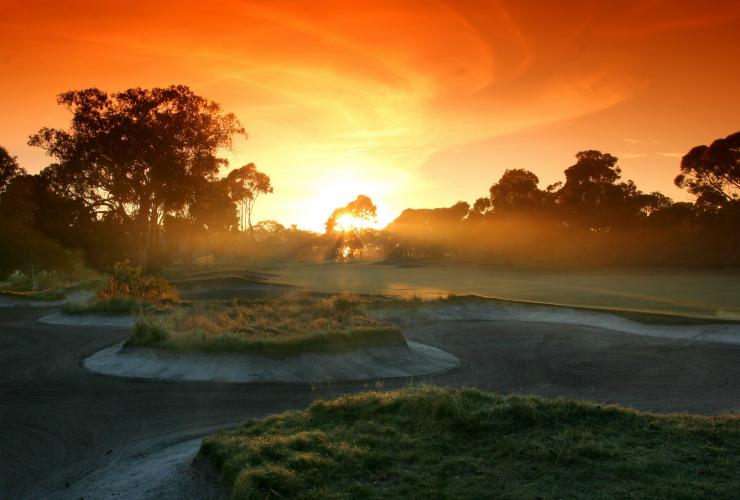 Woodlands Golf Club was completed in 1919 and the course has changed very little since. With first-class greens surrounded by native trees including magnificent red gums, Woodlands Golf Club offers relatively small fairways peppered with excellent bunkering. Spread over 150 acres (60 hectares) with more than 6,000 meters (3.7 miles) of the fairway, the course greens are small, hard, and very fast, creating a round that truly tests any golfer’s shot-making ability. Woodlands’ fourth hole is widely regarded as one of the best short par fours in Australia; tee positioning is vital, as a steep bank on either side protects the green. A challenging but fair course for high handicappers and golf pros alike. 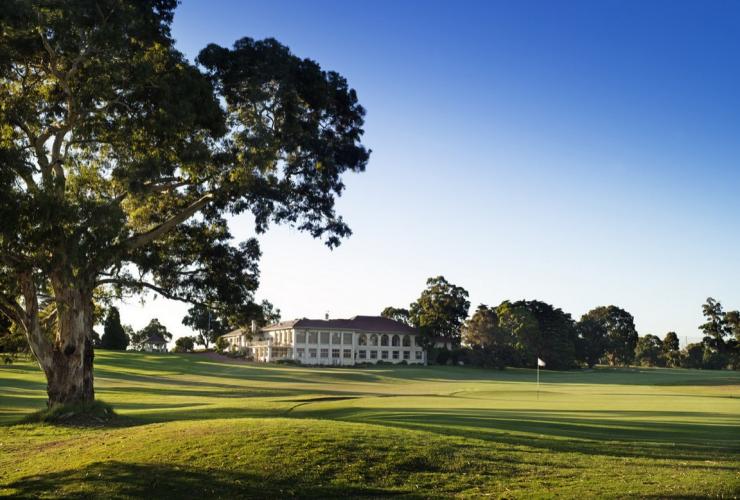 Included in Tom Doak’s list of “31 courses I would take a good friend to see”, Commonwealth Golf Club on Melbourne’s Sandbelt is renowned for its many challenges, including long driving holes and subtle slopes that call for accurate shots. The trees that line the fairways are some of the finest stands in Australian golf and the 15th to 18th hole is considered one of the best closing stretches of any course in Australia. The 16th, a mid-length par four turning around a lake, is particularly well-known for its tilting green, which is protected by a large, deep bunker. 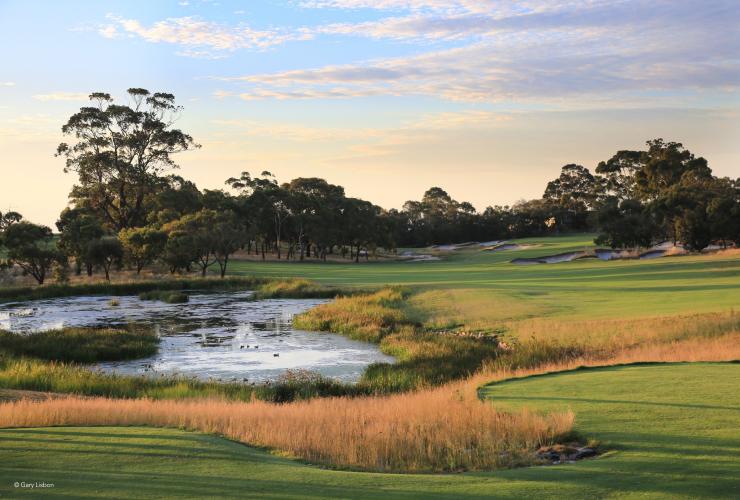 After four years of development work, a new-look Peninsula Kingswood has reopened on the Melbourne Sandbelt. After a merger of two facilities in 2013 (Peninsula Golf Club and Kingswood Golf Club), the club sold the Kingswood site and invested significant funds in redeveloping the two courses onsite as well as the development of a new clubhouse, pro-shop, pool, gym, and onsite accommodation facilities. Ogilvy, Clayton, Cocking, Mead led the redevelopment and the result is nothing short of spectacular. Both the North and South course layouts showcase all that is great about Sandbelt golf – superbly conditioned and contoured greens, artistically designed ‘flash’ bunkering and short grass surrounds. The courses and new onsite facilities are embellished by natural sandy heathland areas for which the Sandbelt is renowned. 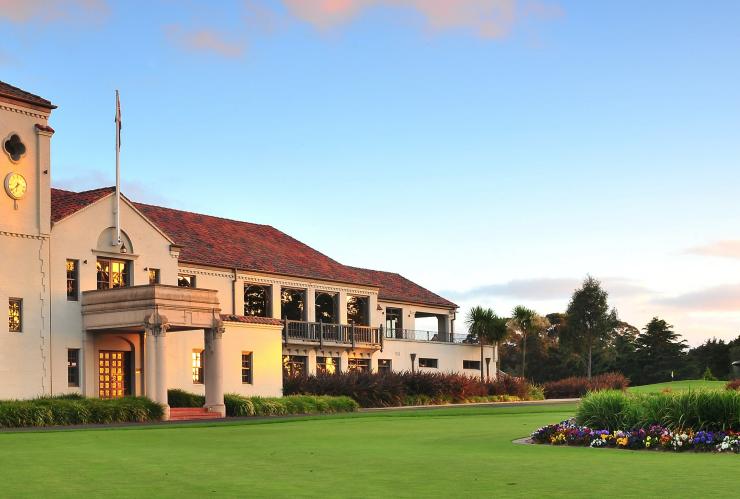 Designed by golfing architect Alex Russell, with recent updates by renowned US Architect Tom Doak, the Yarra Yarra Golf Club is characterized by fast and undulating greens and camouflaged bunkers. Many of the world’s greatest golfers, including Babe Didrikson, Greg Norman, and Karrie Webb, have played at this beautiful undulating course alongside Melbourne’s Yarra River. Both Robert Allenby and Stuart Appleby launched their professional careers from here. Its four par threes are rated in Tom Doak’s The Confidential Guide to Golf Courses as among the best on the planet and the par-three eleventh hole is described by Peter Thomson as a “national treasure”. 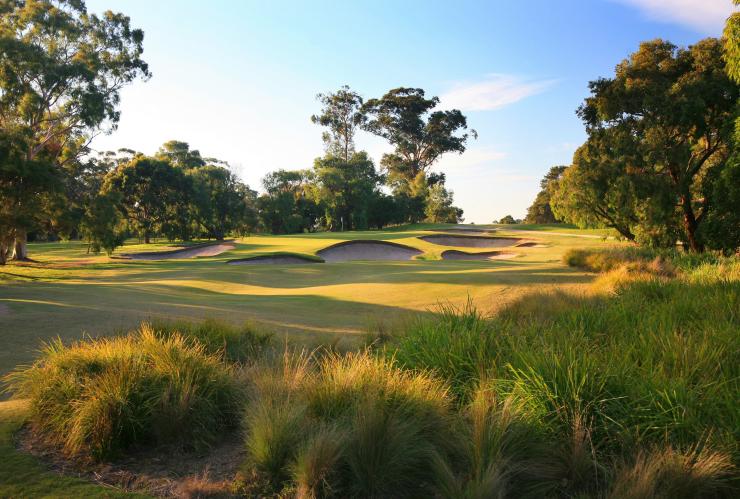 The youngest of Melbourne’s Sandbelt courses, Huntingdale Golf Club is best known as the home of the Australian Masters, hosting the prestigious tournament 31 times. Huntingdale’s fairways have been graced by prestigious players including Tiger Woods, Jack Nicklaus, Arnold Palmer, and Greg Norman. The only example of English golf architect C. H. Alison’s work in Australia, the course is categorized by its superbly manicured fairways, strategic bunkering, and fast and true greens that are kept in top condition year-round. The green’s design encourages plays to the left, while the bunker is designed so that an incorrect shot almost certainly results in a bogey.