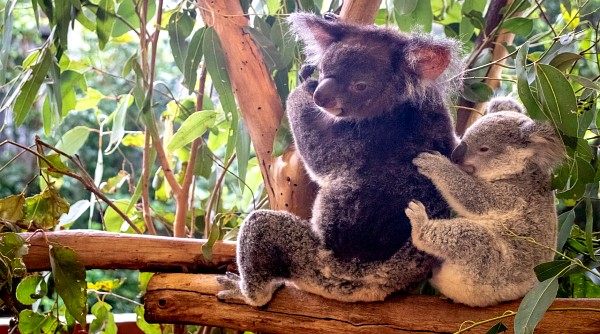 Nestled 4 kilometers north of the Melbourne city center is the Royal Melbourne Zoological Gardens. Opened in 1862, the Melbourne Zoo was primarily used for housing domestic animals, but in 1870 the zoo procured more exotic animals for display. Since this time, the facility has exhibited animals from all over the world, and today houses 320 species such as elephants, lions, tigers, orangutans, and a variety of animals native to Australia.

We started our trip to the Melbourne Zoo by visiting the Koala Enclosure located in the Australian Bush Exhibit.  While there, one of the zookeepers was more than happy to stop and chat with us about the habits of many different Australian animals. 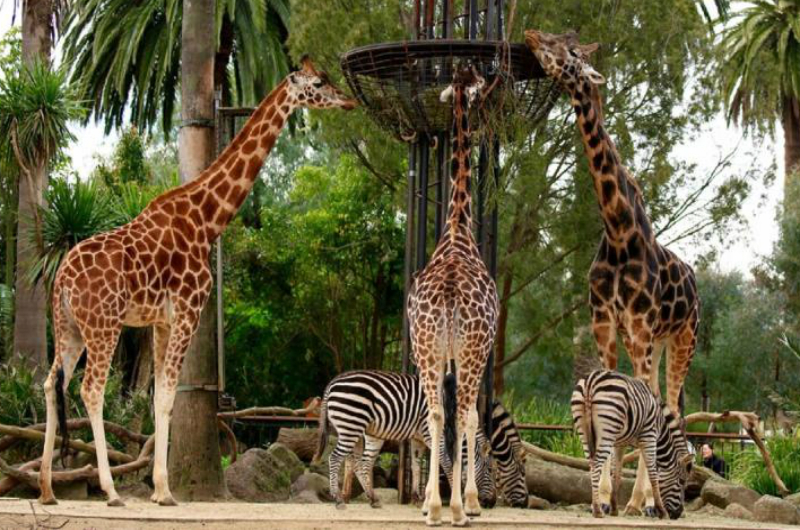 As we watched her feed the Koalas, she dispelled the widespread myth that a koala’s diet of eucalyptus leaves causes them to feel drunk and lethargic.  As it turns out, because their diet consists of only leaves, they generally are inactive to preserve energy.  If not for the willingness of zoo staff to share such knowledge, we would have been left to believe the myth.  But education is, in fact, a big part of the initiative of Melbourne Zoo.

We then ventured toward the kangaroos, and just like the koalas, they were lazing in the sun and eating. To round out the Australian Bush Exhibit, we visited the wombats, which are nocturnal animals so they were asleep.  However, the zoo has a handy “cave” containing the wombat burrows, allowing visitors to see the animals during the day (albeit asleep) when they would otherwise be hidden from view entirely. 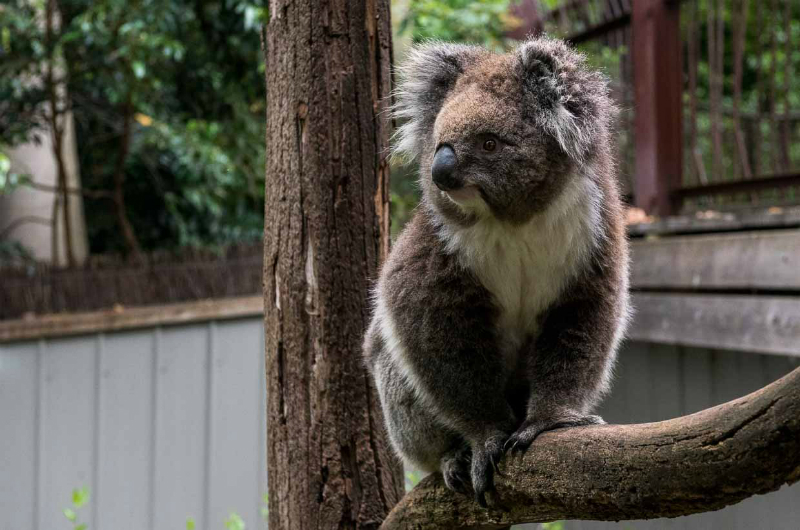 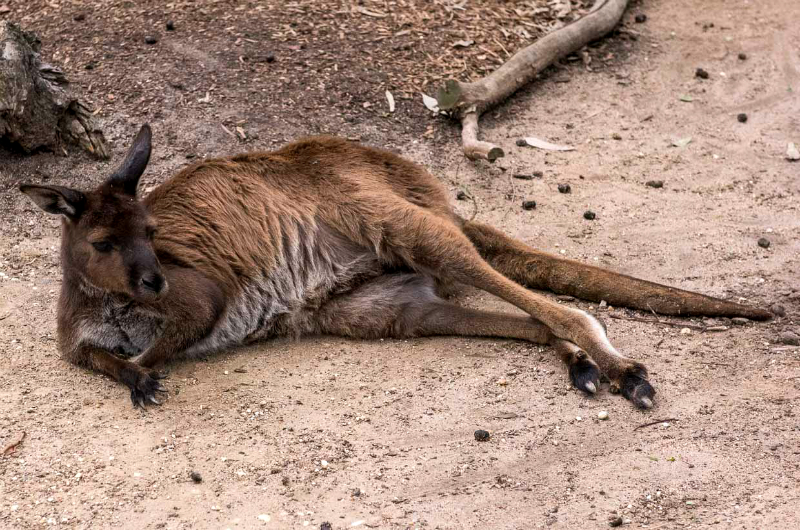 Next up was the Trail of the Elephants, in the elaborately decorated Asian village.  It was there we would meet the zoo’s five Asian elephants. Following a stop at Lemur Island, we visited the Lion Gorge, and then the Orangutan Sanctuary which opened the door to viewing animals from other parts of the world.

Throughout the day, Melbourne Zoo offers interactive talks presented by the zookeepers, which allow visitors to get a closer look at the animals. Though we only checked out a couple of the talks in the morning, they conveniently run all day at different animal enclosures and continue until closing. One of the talks we were excited to listen to was by the elephant keeper who spoke of the animals’ names, birth dates, habits, and daily routines, and shared a little about their individual personalities and how they interact with the herd.  This particular talk occurred during the elephant’s daily “bath” which was assisted by each elephant’s personal keeper. 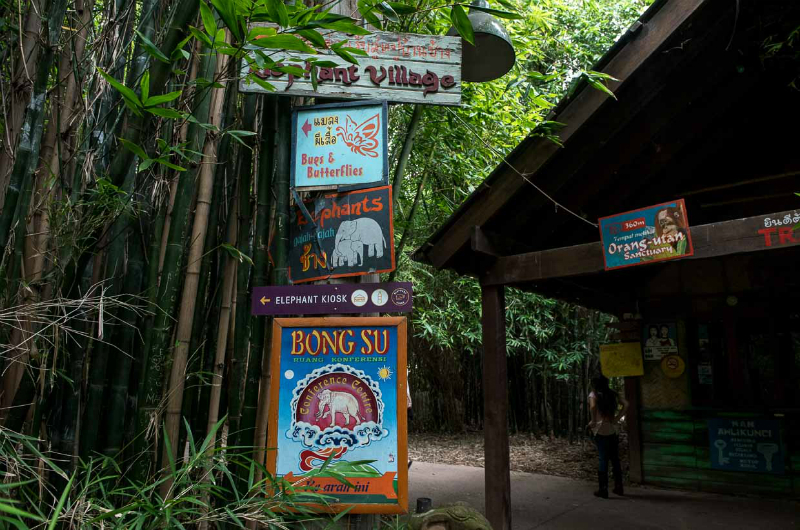 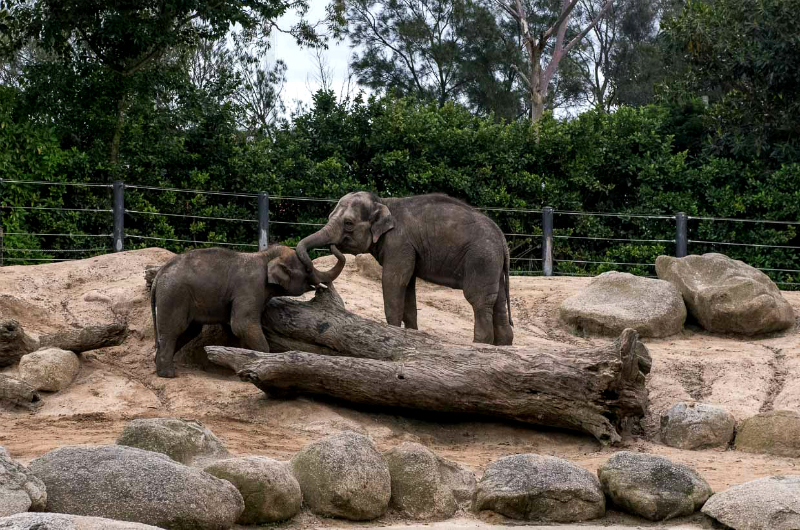 The last stop of the day was to listen to the talk by the Seal Keeper. The focus of the Seal performance was to draw attention to the terrible effects that balloons and other rubbish have on the lives of seabirds.  During this time, the seal jumped in and out of the water on command, doing tricks to amuse the audience.  In the end, the take-home lesson of mankind switching to bubbles over balloons rang throughout the crowd in a manner we all now understood and appreciated.

In addition to getting closer to the animals via the zookeeper talks, visitors to the zoo are also able to book Up Close and Personal encounters with specific animals such as the Lemurs, Giraffe, Kangaroos, Meerkats, and a Giant Tortoise, to name a few. In these encounters, visitors are brought face-to-face with the animals with a guide, ready to answer any questions.  Though animal activists are not fond of interactive zoo experiences, the fact is that they help to educate people about world wildlife and develop a newfound understanding and respect.

While making our way through the exhibits, we were exposed to different advertising campaigns championing the environment and wildlife protection. In the Australian animal exhibit, the Zoo has a campaign called Wipe for Wildlife, which informs people of the ecological value of using toilet paper made from recycled paper. Trees are essential not only for providing a habitat for wildlife, but also to prevent soil erosion and remove Carbon Dioxide from the air. The eye-catching campaign is made memorable thanks to toilets placed around the exhibit, which help to drive the point home. 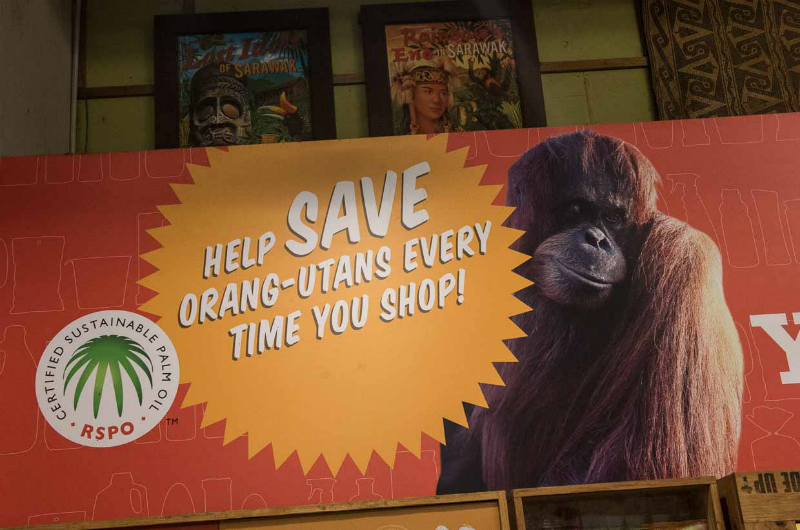 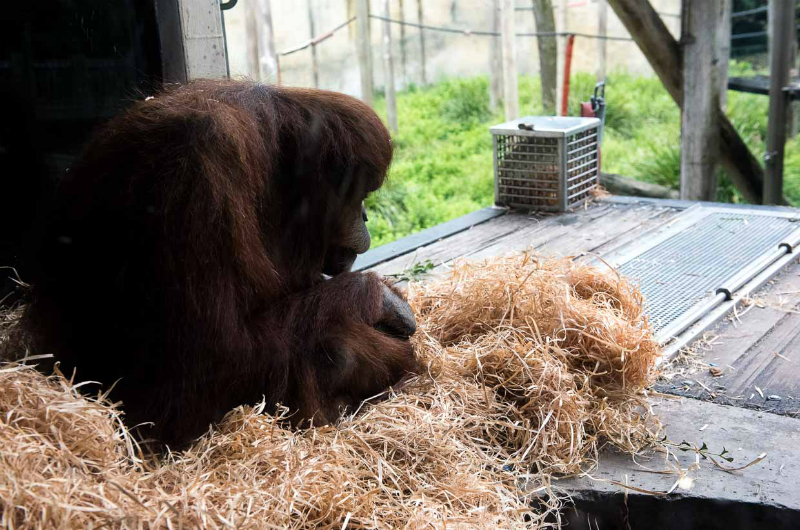 At the Orangutan Exhibit, the zoo brought attention to the negative impact that the consumption of palm oil is having on the habit of Orangutans. Across many countries in South East Asia, deforestation of the orangutans’ habitat is making way for the mass expansion of palm oil plantations, threatening the survival of these animals.  To educate the public, the Zoo has set up a mini-supermarket; kids (or adults) can wander around with a price gun, examining everyday consumables for their use of Palm oil. The idea of this campaign is to educate the public on palm oil alternatives to everyday products, to limit our global use.

We really enjoyed our time at the Melbourne Zoo, the facility is clean and well kept and the staff is very friendly and eager to answer any and all questions. But this particular tourist destination is not just about entertainment.  It’s highly educational as well.  In this day and age, when so much of the world’s wildlife is on a List of Endangered Species, education is valuable.

The zoo and its animals are well worth the price of admission.