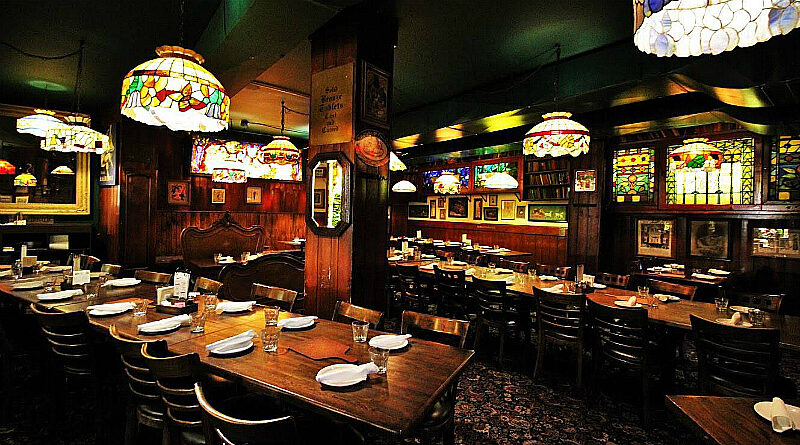 Although the Old Spaghetti Factory is a chain restaurant with 15 locations across Canada, it deserves mention among our Food & Drink entries given the touristy appeal of the heavily themed atmosphere.  As such, it qualifies as a ‘dining experience’, in addition to the fact that no two restaurants in the chain look exactly alike.

The site of the Toronto franchise is perhaps the most infamous of locations. At 54 The Esplanade in the heart of the city, the  Old Spaghetti Factory was originally a Blacksmith Shop that was built in 1898.  In 1971, a massive undertaking converted the space into a 600-seat family-friendly restaurant, serving mainly Italian cuisine amidst a myriad of antiques and artifacts. Among the unique decor, guests will find an antique elevator and telephone booth, plenty of stained glass windows and Tiffany-style lamps, parts of a brightly colored 100-year-old carousel suspended from the ceiling, gas lamps, and a full-scale streetcar containing extra seating. There is also a small but elegant party room/event space located behind the streetcar, known as the Crystal Room, which is capable of seating up to 18 people when reserved in advance for special occasions.

For those preferring to dine al fresco, a quaint and flowery patio is available during the warmer months. And more recently, an old-fashioned themed bar with similar antique decor was added and called The Amsterdam Bicycle Club.

The bar, featuring an authentic Pennyfarthing bicycle suspended from the ceiling, is accessible from inside the restaurant as well as from the street and boasts live entertainment on the weekends and a Songwriter’s Circle on Tuesdays.

As for the menu, guests can expect an affordable selection of appetizers all of which are $10 and under.  Starters include soup or a choice of 3 salads (Crisp Green, Grilled Chicken Caesar, and a signature Esplanade Salad containing dried cranberries, candied pecans, strawberries and goat cheese).  Main courses include an assortment of pasta (spaghetti, lasagna, penne, fettuccine, and manicotti), as well as grilled meats, are available, including baby back ribs, grilled chicken, chicken parmigiana, and New York Steak.

The nice thing is, It’s All Included, which is a Spaghetti Factory motto.  This means sourdough bread and your choice of Minestrone Soup or a fresh and crisp Green Salad automatically comes with the meal.  Spumoni Ice Cream for dessert as well as coffee or tea is also included.  Nothing exceeds $32, including the New York Steak which is the most expensive main dish on the menu.

Our recommendation – the chicken parm with a side order of spaghetti and marinara sauce.  The chicken is flavorful and crispy on the outside, fried to golden brown.  On the inside, it’s tender and juicy.  The ribs are equally as good and so tender they fall off the bone.

As for the pasta, it’s never over or underdone, and the sauce is never overly spiced.  It’s just tangy enough to be tasty but not enough to bite.  We also have high praise for the baked lasagna and chicken penne.

You can expect the restaurant to be loud and crowded, particularly on a weekend as the place is almost always packed and the lobby area is wall to wall people waiting for tables.  As such, reservations are not necessary but are highly recommended. Wait staff is literally running, but are always friendly and attentive.

Perhaps the Old Spaghetti Factory is not the most upscale Italian restaurant you will ever dine in, but it’s likely to be the most fun with plenty to look at as you wait for your meal. 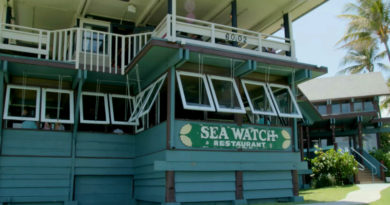 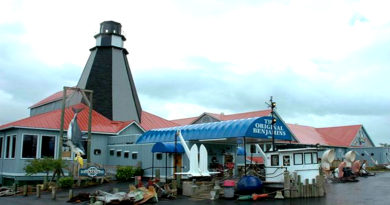 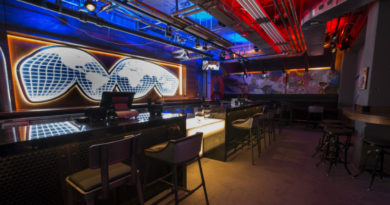