When it comes to US seaside destinations, tourists are often presented with several options when it comes to dolphin and whale sighting cruises.  So, it stands to reason that a tourist destination such as Myrtle Beach would have numerous tours to choose from as well.  And they do! Two of the most popular cruises are with sister boats – Sea Thunder and Sea Screamer, both of which depart from locations just beyond North Myrtle Beach.

⦿ To watch our Top 10 Things to do in Myrtle Beach (including the Sea Screamer & Sea Thunder), visit our YouTube video HERE and be sure to use the highest quality playback settings.  Or, keep reading for valuable information and photos regarding this tour and a comparison of the boats. 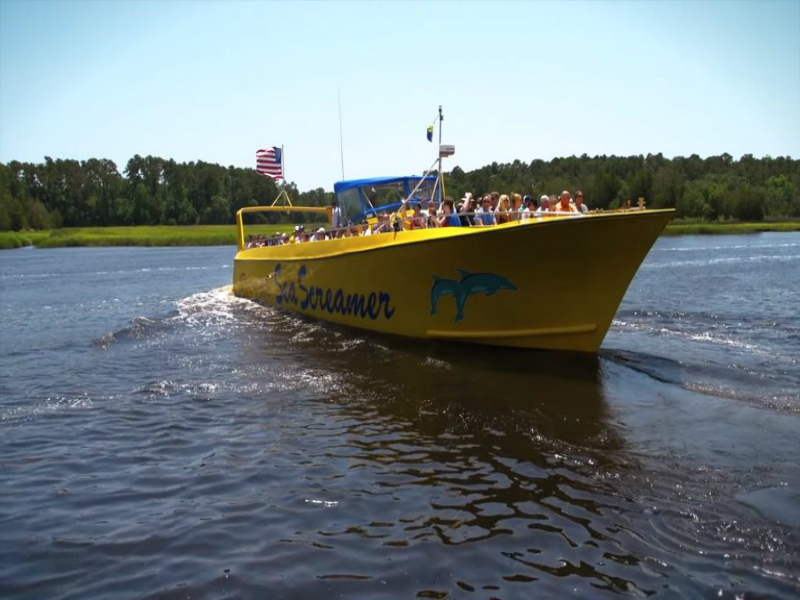 Sea Screamer on the Intracoastal Waterway 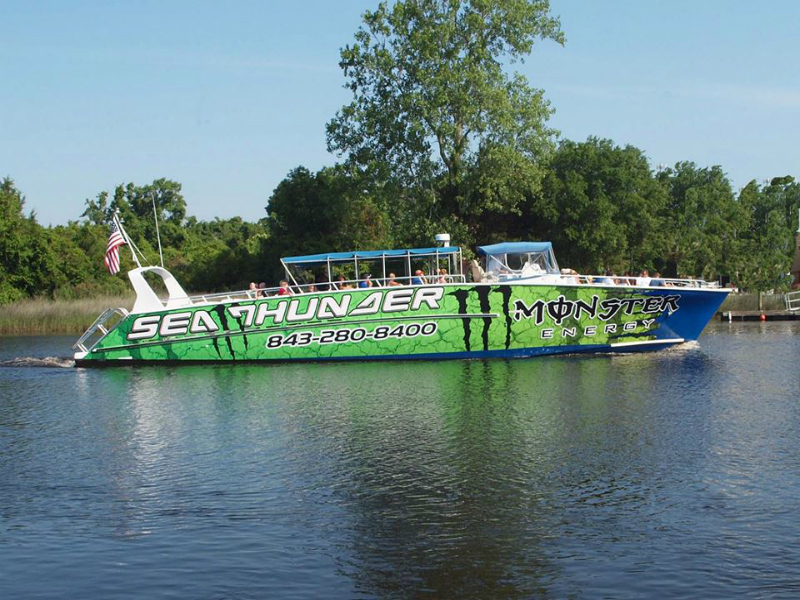 Sea Thunder and Sea Screamer have much in common, including:

The differences aren’t many but they include:

For the calm Intracoastal Waterway portion of the tour, guests are treated to views of beautiful residential properties, restaurant patios that overlook the water, golf courses that stretch to the water’s edge, jet skis, and boats of all kinds including a massive floating casino that offers nighttime tours.  As well, there is much in the way of indigenous birds, animals, and plants.  Narration includes information about the civil war and some properties that date back to that time period.  Bear in mind that it doesn’t matter on which side of the boat you sit because you will catch whatever you missed when the boat turns around for the return trip to the dock. 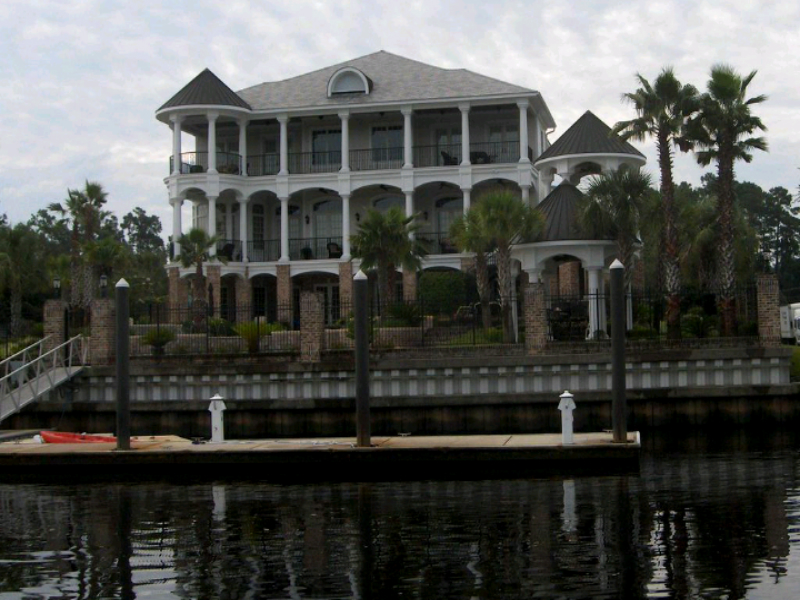 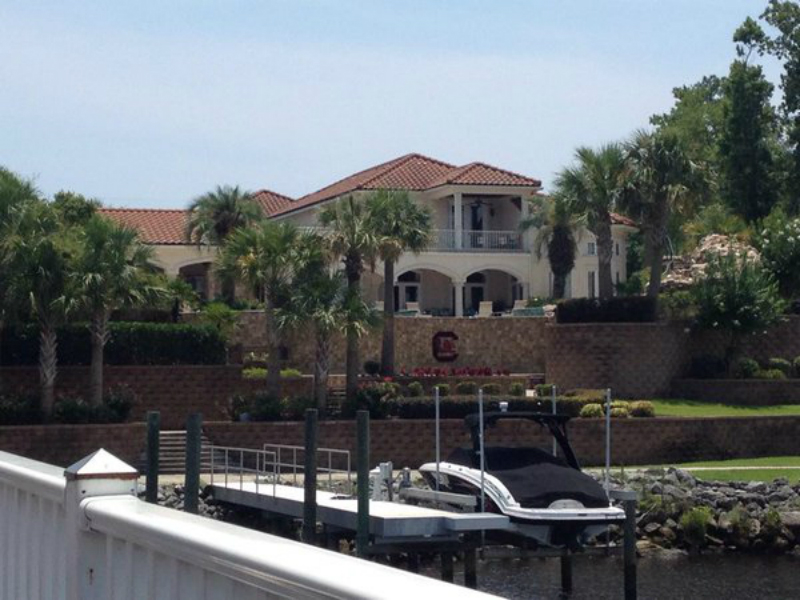 Home of an Intracoastal Waterway

The ride becomes choppy as you reach the churning white water at the mouth of the ocean, but certainly not enough that guests need to be concerned about motion sickness.  And it doesn’t last long.  Very soon the boat is cruising through rolling waves while guests enjoy views of the beach and sand dunes, with North Myrtle Beach and all of its resorts in the distance.

From there, the casual dolphin watch begins and almost always entails a jaunt out to a shrimp boat or fishing trawler.  It’s there that most cruises are lucky enough to spot a pod of dolphins while feasting on scraps of fish.  However, if this is not the case for your cruise, the Sea Screamer and Sea Thunder both offer a free pass to ride again.  You can use the pass to ride the same boat or opt for the sister boat for a slightly different experience. 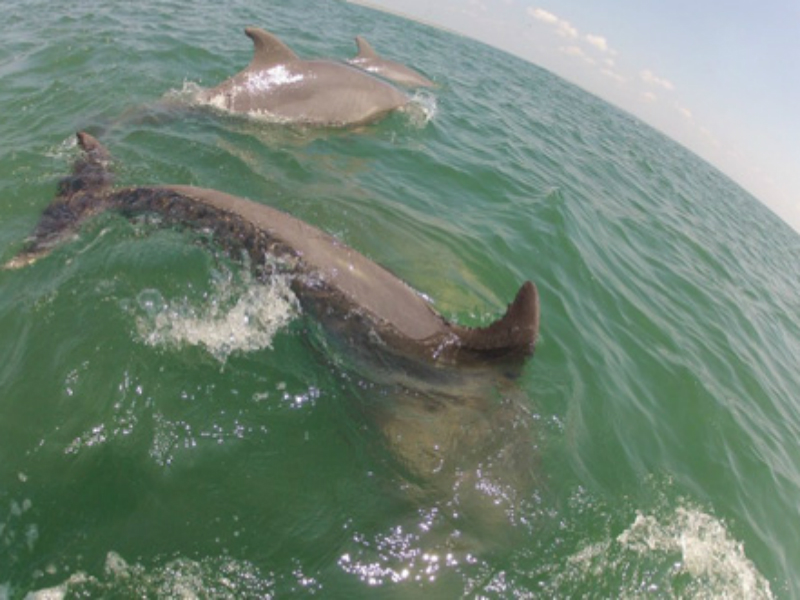 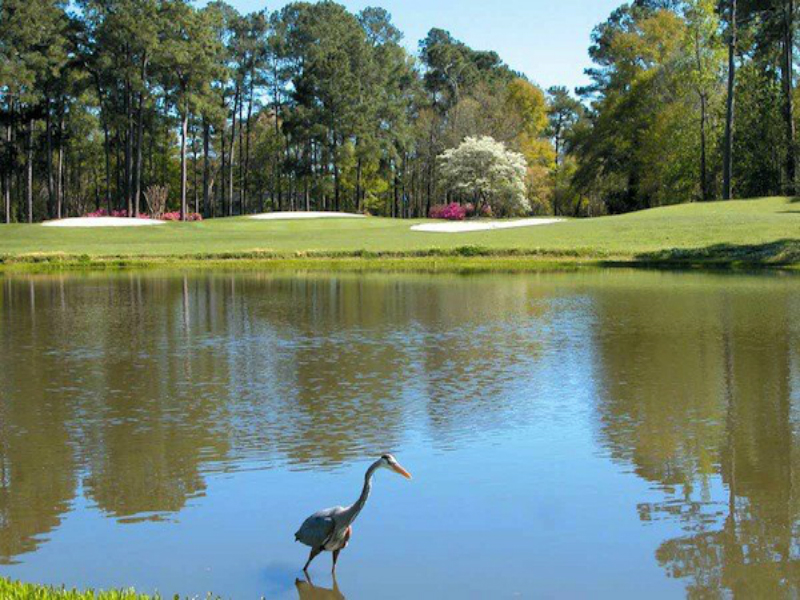 Then it’s time for the speed portion of the cruise through the open ocean, pushing the boat’s horsepower to deliver maximum excitement.  This is the portion of the tour that will cause guests to get wet! It’s also where the boats differ somewhat.

Although the Sea Screamer has less horsepower, the boat feels lighter and far more agile, causing it to soar across the water and crash through waves with a force capable of bouncing riders off their bucket seats. To be honest, our reviewers felt Sea Screamer was far faster and much better at delivering a thrill than the Sea Thunder. Guests at the front of the boat receive a thorough soaking, whereas seats further to the back are spared somewhat.  If you’re seated at the sides, there’s still considerable splash, but not nearly as extensive as upfront.

Though the Sea Thunder technically possesses more power, the boat is heavier so the speed is still impressive but the ride is less aggressive. Guests will experience some jostling but they are unlikely to be bounced off the bench seats.  Riders at the front of the boat will get drenched, as will riders seated at the sides.  However, for the most part, seats toward the back and middle of the boat are spared.

It bears mentioning that, if you suffer from back or neck problems, the cruise might not be wise on either boat.

The excursion will yield plenty of photo opportunities so don’t forget to take your camera or smartphone.  Also, we found that a little planning and preparation goes a long way so we recommend arriving early for your tour considering guests line-up on the dock and those at the front of the line have the first choice of seats.  We also recommend eating something before you go because the limited snacks and drinks that are offered aboard the boats are indeed expensive. 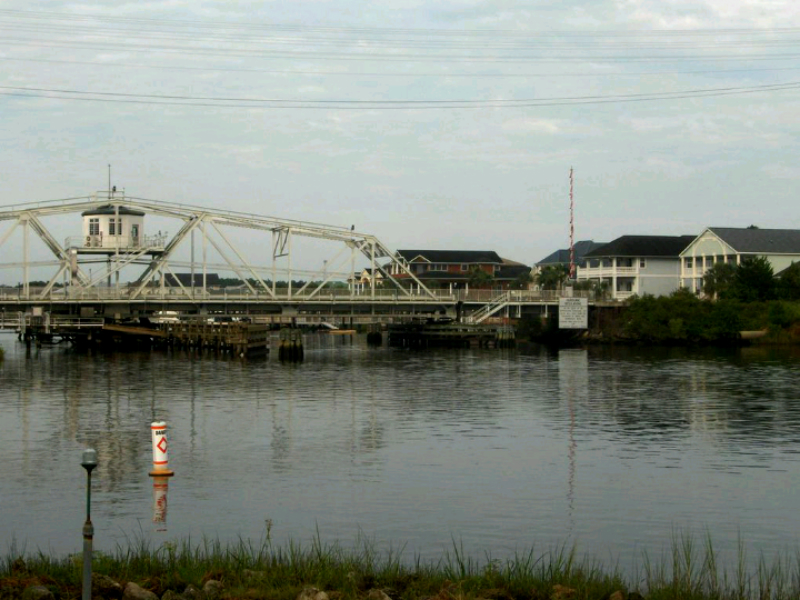 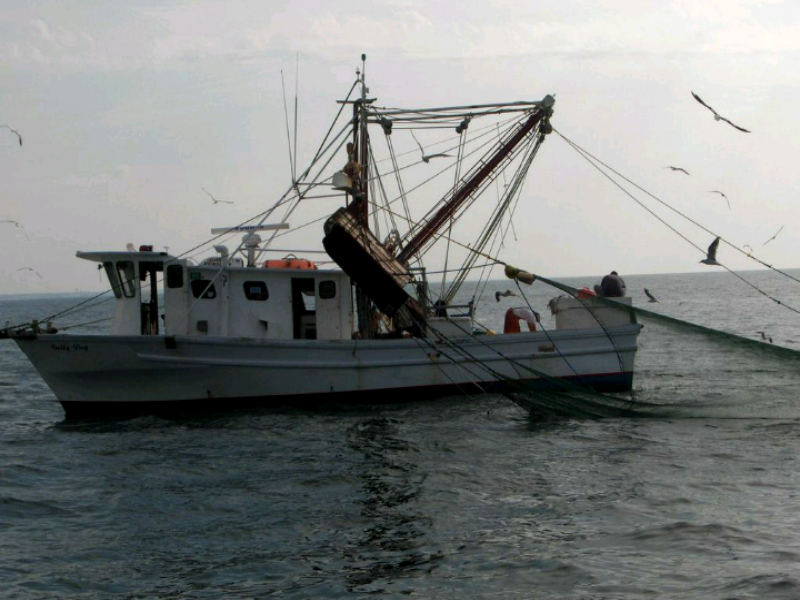 Don’t forget to take sunscreen and sunglasses, and perhaps a hat as well considering you’ll have 2 hours of direct sun on your head.  Even those seated in the covered section of Sea Thunder will encounter the sun on their right or left side. You also might want to think about taking a towel and/or a change of clothes in case you get soaked to the bone. If you don’t want to take them on board lest they get wet as well, simply leave a bag or knapsack of supplies in the trunk of your car. And when it comes to your electronics, whether it’s your smartphone, camera, or video equipment, be sure to protect them by taking a weatherproof bag so you can stash everything inside during the high-speed portion of the cruise.

No matter which boat you choose to cruise on, we’re sure you will enjoy your trip. It probably won’t be something you will do again and again, but if you’re a first-timer in Myrtle Beach, we think this tour should not be missed.

For more information or to book a cruise, click HERE

Review of the Fairmont Waterfront – Vancouver