Shangri-La Hotel, Chiang Mai had a distinct, luxury five-star appeal when we recently visited. With its downtown location, lush tropical gardens, free-form pool, acclaimed spa and restaurants that rank with the finest in town, it has all the trappings of a lavish, urban resort in Thailand.

Just 15 minutes from the international airport and styled to reflect the architecture of the ancient Lanna kingdom of Northern Thailand with tiered roofs and golden pinnacles, the 12-floor building commands great views. On one side are the Doi Suthep mountains that surround the city and, on the other, are the gardens with the pool, and the wide swathes of greenery that make Chiang Mai charmingly refreshing and very much a city on a human scale.

The lobby is vast and set above and behind a busy road, so it has a serene ambiance, although it is constantly busy. Traditional Northern Thai décor, wood panelling, silk fabrics and masses of gold made it the perfect setting for relaxing and watching the world go by.

The 462-square-foot Deluxe and 625-square-foot Premier Rooms are on various levels but we suggest booking those on the top three Horizon Club Floors. The 12 Executive Suites have separate living rooms. The Ananda, Lotus and Presidential Suites also have dining areas and kitchenettes, with the latter two offering spa beds for in-room massages.

VIP guests who have stayed here include the Sultan of Brunei and international stars, such as singer Nichkhun Buck Horvejkul. If you need to accommodate large families, then ask for one of the Executive Suites with a connecting room.

We liked the comfortable couch and the daybed in our Premier Room, which had warm bronze and pink décor and a large writing desk. The bathroom was spacious, with speakers, a separate bath and shower and a very powerful rain showerhead. Top Tip: Horizon Club guests using a hotel limousine transfer from the airport will find a Shangri-La representative waiting for them.

Nestled at the end of the gardens, past a concealed herb and vegetable garden that supplies the kitchens, CHI The Spa has nine Thai-inspired treatment villas, four of which are suites. Set around beautifully landscaped ponds, we felt we had been spirited away into an enchanted realm. We were greeted by Spa Director who explained that all treatments are inspired by the five elements, and suggested we try the signature Lanna Massage, which was wonderfully relaxing.

They also do massages for children, and there is a villa where kids can play while waiting for other family members. This family-friendly hotel also has a Kids’ Playroom, and both the main and children’s pool have lifeguard surveillance. The Spa has a steam room, a sauna and indoor and outdoor Jacuzzis, so it is not at all difficult to spend a few very happy hours there. For more energetic guests the hotel has a health club, a Muy Thai boxing facility, and an outdoor rooftop tennis court.

The hotel concierge told us that balloon rides are very popular, with early-morning pickups and flights over the mountains, paddy fields, and hilltop villages. Other must-dos are the famous Doi Suthep mountaintop temple, which is one of the most venerated sites in Thailand, and Thai cooking classes.

And, do not to miss the Elephant Life Experience (www.elelife.com; 011-66-897-592-380), a rescue camp for private, hands-on bonding with elephants, and a day-tour of the colorful hill tribe villages. Alas, we had very little time so we opted to spend the day discovering the city.

We hailed a tuk-tuk, and the young lady driver raced us around the old moat and into the ancient walled city. Here we wandered down small streets past ancient Buddhist temples, historic buildings and old shophouses that are now smart boutiques and workshops producing lacquerware, ceramics and the Bor Sang paper umbrellas for which the city is famous. Not far away, in the area along the Ping River, which is trendy yet with an old-world charm, we stopped at small galleries and artisan shops and relaxed with a sundowner at a riverside café.

Our last stop was to shop for souvenirs at the stalls in the Night Bazaar where we hailed a songthaew. These are particular to Chiang Mai and are shared red vans that seat up to eight passengers on two benches. This is a fun, fast and very cheap way to get around as they cost only 20 baht (65 cents) a ride.

For shopping with a social conscience, the Elephant Parade social enterprise in the hotel lobby has a corner with colorful models of elephants, and the popular Paint-an-Elephant Art Box kits that make great gifts for kids. A percentage of the profit goes to elephant conservation and welfare projects, and they also have a large downtown store.

We dined in two of the hotel’s restaurants and were not disappointed. The Kad Café (kad means market in Thai) also serves breakfast and has all-day dining with seating in the garden. We enjoyed the buffet dinner with local and international specialties and the live cooking stations under Executive Chef Paolo Pelosi.

We really lost our head in the China Kitchen, where the food is as exciting, and as spicy, as its fiery red decor. From the Szechuan-inspired menu, we chose an Imperial Hot and Sour Soup — the best we have ever had — stir-fried prawns with garlic and roasted crispy duck. Good to know: For A-listers who love fine Chinese cuisine and like to follow the action in the kitchen, there is a private area with a table for six. Book this well in advance as it is much in demand.

The hotel is further positioning itself as a gastronomic hotspot by introducing pop-up events with celebrity chefs. You can check on these gourmet happenings on the hotel’s website. Book a table in Aroon Rai, which is famous for Chiang Mai’s signature dish, Khao Soi Curry and Coconut Soup. This is a very large, busy and noisy restaurant, but that is the essence and the fun of eating like a local in Thailand. 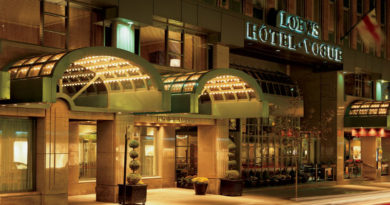 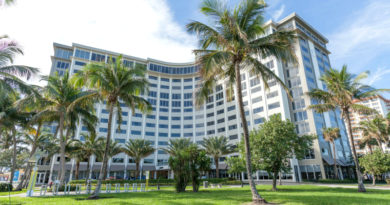