If you’re in Myrtle Beach and find yourself itching for something more than just your hotel’s Lazy River ride, look no further than Shawn’s Backwater Adventure.   Conveniently located off of Marina Parkway, this jet ski rental is a top-notch facility and features a selection of guided experiences.

The Explorer Tour, which is likely the slowest and therefore most suitable for young families, takes riders through the backwaters of the surrounding area as an expert guide points out wildlife along the way.  Gator sightings are not uncommon on this trip.  The Dolphin Tour takes riders down the picturesque Intracoastal Waterway, then out to the open ocean to look for dolphins and an interactive experience that’s sure to thrill.  Steve’s High Tide provides a scenic tour that explores the surrounding waterways of North Myrtle Beach.  And finally, The Adrenaline Ride, as the name suggests, kicks things up a notch …or ten… and is intended for expert riders as they charge full-tilt through the hauntingly dark Carolina backwaters.

We opted for the ever-popular Dolphin Tour, as we realized it would give us a ‘best of both worlds’ type of ride.  Our guide was friendly and informative, thorough with instructions and safety precautions, and was entirely patient considering it took us some time to become familiar with the jet skis.  Above all, he was determined to show us a good time.

The sightseeing portion of the tour along the Intracoastal Waterway encompassed gorgeous waterfront homes, busy marinas, and pristine golf courses along the shoreline.  As well, there were two fishing villages and some Civil War landmarks and history.  Indigenous birds dotted the sandy banks and a few fish were seen jumping. And we learned that a small pod of dolphins had made their way up the waterway only a few days prior and had given boaters a thrill.  This information gave us cause to be excited as we looked forward to our own experience.

The ride varied in speed from calmly idling through highly populated areas and marinas, such as the back of Barefoot Landing, to a middle-ground pace as we ventured through boating traffic.  Then it was fast and furious as we reached Little River Inlet and the gateway to the ocean.  This is where control of the jet ski became a lot trickier as churning waves rushed toward us, requiring us to keep the throttle pinned in order to navigate our way past the rock jetty.  For several minutes it was an exhilarating but rough ride as the jet skis rose and fell with the massive swells of water and then rebounded as they bounced along the white caps. When we were well past the breaking waves we took a southerly turn and ran parallel to the beach, then once again we idled as we took a much-needed breather on the calmer water and sat back to enjoy the view. Fishing boats and shrimp trawlers were seen bobbing on the water a bit further out, while parasailers and banana boats darted along in the distance, though much closer to the coast.  We sat somewhere between the two, floating along while patiently awaiting the dolphins.

On the return trip, our guide took us on a different route while exploring a few offshoots of the Intracoastal Waterway in order to take in the scenery and wildlife.  This included a selection of wading birds such as storks, ibis and egrets, a large turtle swimming close to the surface, and a few more fish jumping in the shallower water.  It even included a fair sized gator close to the shore.  Once back on the Waterway, the ride was all fun and games as we jumped each other’s wake and waved to boaters, residents, and people on the golf course.

Arriving back at the office, Shawn himself apologized for the lack of dolphin sightings and presented us with free passes to ride the Sea Thunder, a 2100 horsepower tour boat that essentially takes the same Intracoastal Waterway route to the ocean in search of dolphins.  Thus, riders get a second chance at a sighting in the event that their jet ski tour failed to produce.  He even went so far as to book our banana boat and parasailing tour for us, for the following day.

As we pulled out of the parking lot and ventured back toward our hotel, we knew we’d made the right decision in selecting Shawn’s Backwater Adventure as he and his staff are all about southern hospitality and made it abundantly clear to us that their goal is to keep customers happy.  But we couldn’t help but wonder – if the Dolphin Tour provided us with that much excitement, what was the Adrenaline Ride all about? 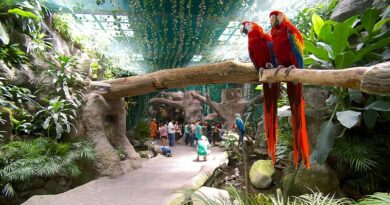 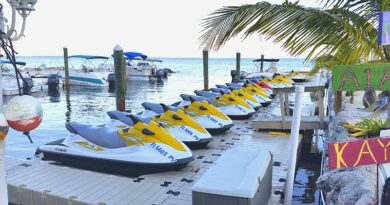 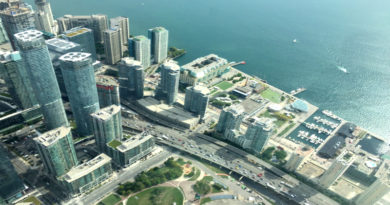