Do you believe in Robin Hood?  Well, the Walking Tour in Nottingham certainly believes, and they will make you a believer as well. This amazing outing will take you back 700 years into history and, thanks to the kindness of the tour’s organizers, Go GlobeHopper was able to join in and get a glimpse into the life of the heroic and beloved character.

We all know a little bit about Robin Hood from the various Hollywood movie versions of the character. Supposedly, he was an outlaw who, with the help of his band of merry men, stole from the rich to gave to the poor.  He was also an excellent archer and swordsman.

But is the story true? And is that all there was to it? To take a closer look, Ezekial Bone conducts a walking tour where Robin Hood himself is the guide of a brilliant trek around Nottingham and does an exceptional job answering questions for everyone participating in the guided adventure. Trust us, it’s the perfect way to spend an afternoon in the city of Nottingham.

The tour begins at The Cross Keys Pub where tourists have the opportunity to meet up with Robin Hood. From the onset, he is immediately in character with a sincere and welcoming personality and a robust sense of humour. And then he proceeds to keep the audience engaged for a full 3 hours as he leads the tour group on an unforgettable little adventure.

Guiding tourists around the city to view specific landmarks, he explains both the history behind the location as well as the relation it had to Robin Hood. This allows for a very informative tour as well as a touch of fun, especially as the stories he tells are not only exciting but often unexpected.

We discussed and visited places such as the Pitcher and Piano pub, St. Mary’s Church, Nottingham Castle, The Lace Market, the oldest town house in Nottingham, Ye Olde Salutation Pub, and Ye Olde Trip to Jerusalem Pub. It is truly fascinating to see these locations and to learn about them in a way that undoubtedly would be missed if opting for a self-guided tour of the region.

Robin Hood shared with us the meaning behind the true name of Nottingham – Snottingham –  the true definition of a forest and the true sound of a ballad from around the time of the 15th century. Even though our particular tour encountered some rain, causing us to remain inside the hidden cave and private room of the Ye Olde Salutation pub for an hour, Robin Hood still managed to keep the tour interesting and exciting as he answered tourist questions and educated us with interesting facts about the character and the city. After the rain slowed a little, the tour continued onto the statue of Robin Hood and then to our final destination, the oldest pub in England, Ye Olde Trip to Jerusalem, where he joined the tour group for some ale.

After the rain slowed a little, the tour continued onto the Statue of Robin Hood and the surrounding area.

Our final destination was the oldest pub in England, Ye Olde Trip to Jerusalem, where Hood graciously joined the tour group for some ale. We can honestly say that by joining this tour in Nottingham, it introduced us to the city in a way we would not otherwise have seen it. It opened our eyes to the beauty of the history, stories, and hidden gems of the city.

Because we want our Go GlobeHopper readers to embark on this tour without any spoilers, we won’t reveal much of the info and secrets Robin Hood shared during the tour.

Was Robin, in fact, a real person?  That’s one of the secrets we’re keeping.  It’s far better that you find out for yourself.  And so, for just 12 pounds, you too can have a marvellous time with Robin Hood while exploring and learning about the city of Nottingham.  It’s easy. Just click HERE for more info and tickets! 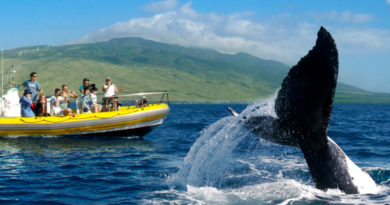 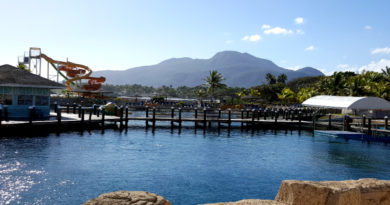 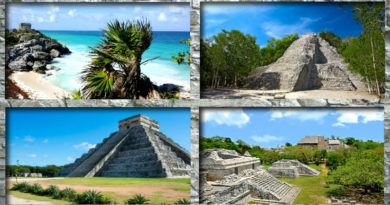