Located approximately at the junction of the St. Lawrence River and Lake Ontario, lies an area of sheer scenic beauty that straddles the border of Canada and the US.  Within the region lies an archipelago of 1864 islands, widely known as The Thousand Islands, some of which are so small that only a single resident or sometimes only a few trees occupy the land.  To be counted as an island, there must be at least two living trees. The best way to see the waterway, the flora and fauna of the area, and the exquisite homes and cottages that dot the islands, is to take a cruise.  Luckily, the area offers plenty of options. Our favorite – Gananoque Boat Lines 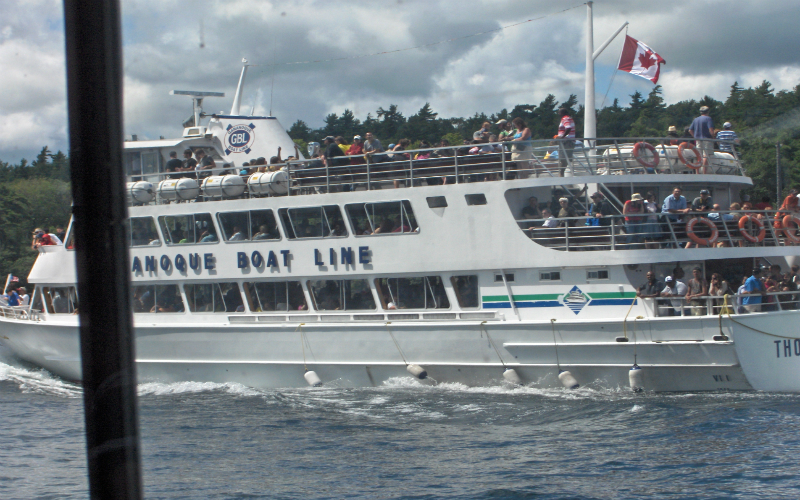 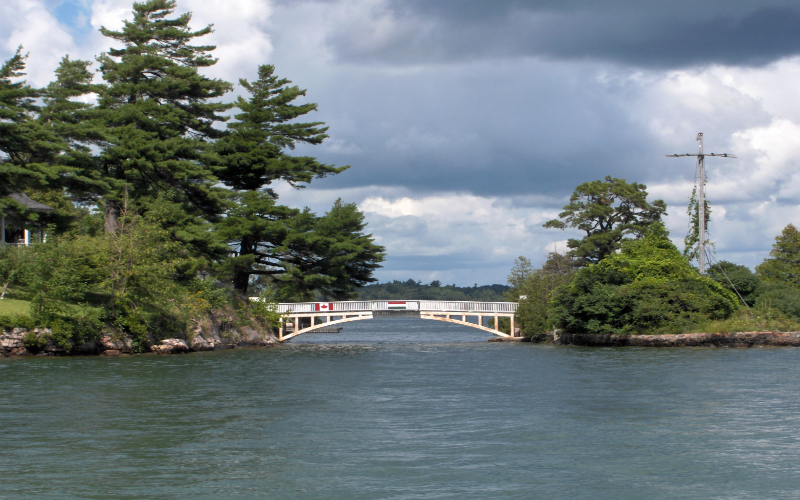 City Cruises by Hornblower owns the Gananoque Boat Lines and provides different cruise options and time schedules. Evening cruises and private charters are also an option but given the lack of daylight are more for entertainment purposes than for sightseeing. The boats are clean and the staff is informative and helpful.

Given that each day cruise involves a different time commitment, our reviewers opted for the 1-hour Ivy Lea cruise, which delivers a delightful journey that encompasses several places of interest.  The Statue of St. Lawrence, Boldt Castle, the International Bridge, and Zavicon Islands house the smallest international bridge in the world.

Boldt Castle is likely the most famous among these landmarks.  After all, it is a ‘castle’.  The six-story structure was built in 1900 by the General Manager of the Waldorf Astoria in New York.  It was intended to be a present to his wife as the largest private residence in America.  However, construction ceased and the property was abandoned after her death in 1904.  The Thousand Islands Bridge Authority purchased the property in 1977 and completed the project, and since then it has been a major tourist draw.  As such, Gananoque Boat Lines offers a 1-hour cruise that slows down and allows for photographs when passing Boldt castle, as well as a much lengthier tour that provides a stop on the island so visitors can tour the home and property. 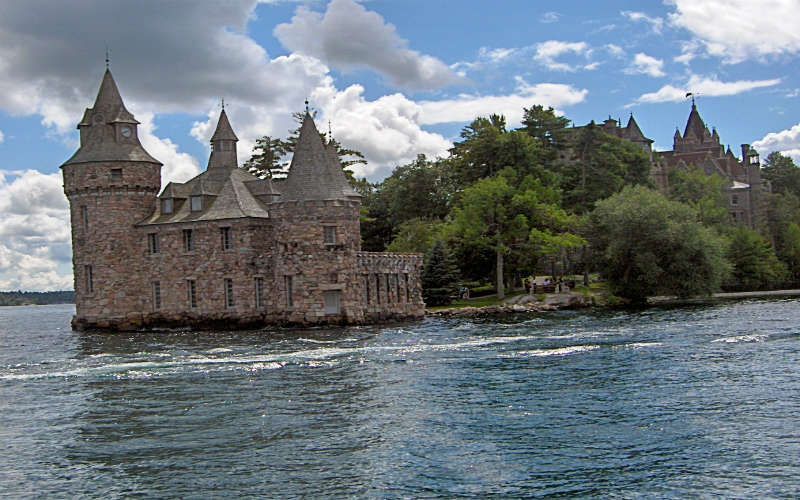 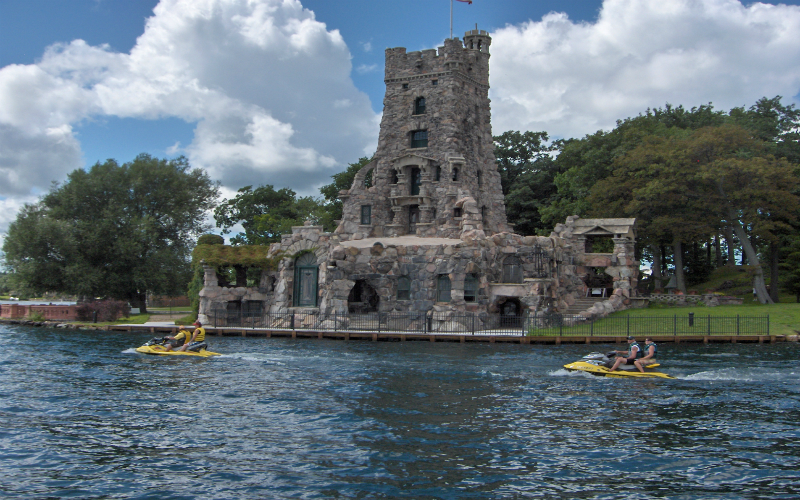 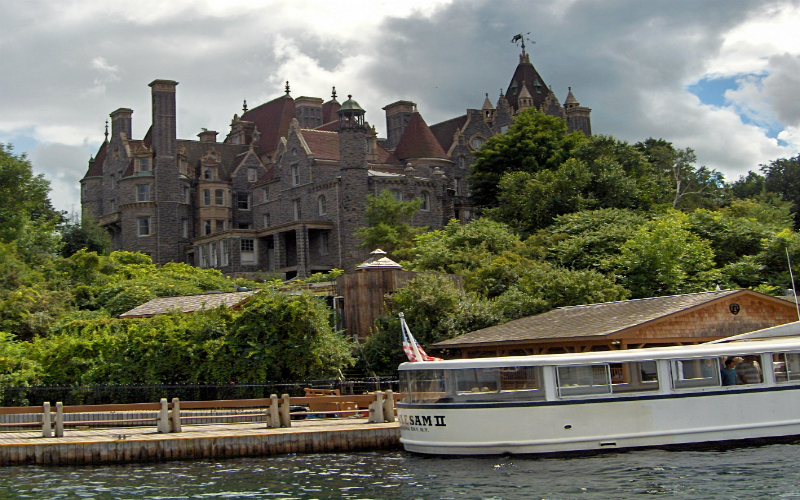 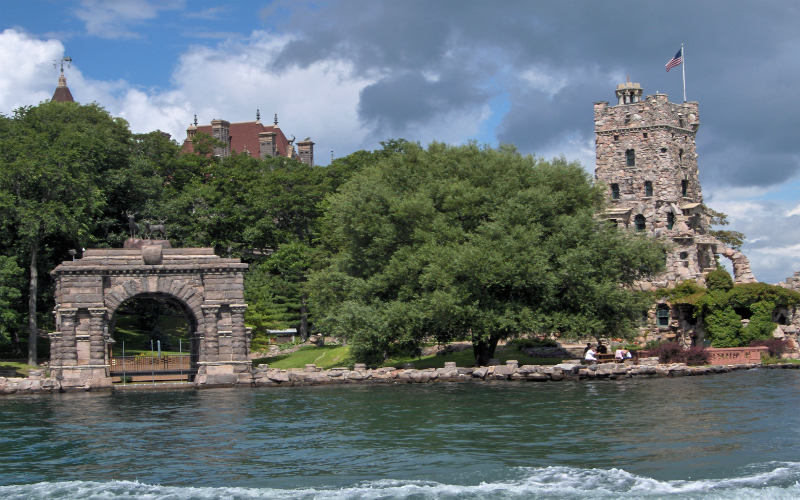 Tours begin every season as early as April 1st and run until the end of October. Boats include both covered and open-air seating, a snack bar, licensed bar, music, and a guided narrative that plays over loudspeakers.

There are washrooms aboard for your convenience.  And taking into account that the website includes printable coupons, similar to those found in most Ontario travel guides, it’s a quaint and memorable day trip that’s well worth the drive to Gananoque.

Germany’s Many, Many Amusement Parks