Top 10 Attractions in Newfoundland and Labrador

Newfoundland and Labrador are where centuries of history and quaint fishing villages live alongside modern design and outdoor adventure. The entire region is scenic and perfectly suited for a road trip or a vacation destination, offering an abundance of photo opportunities as well as an educational experience. 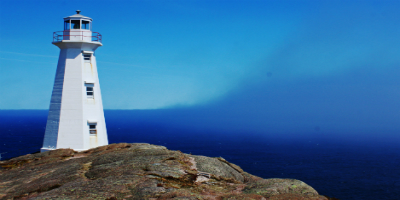 Have you ever felt an entire country at your back? This is the unique opportunity provided by the Cape Spear Lighthouse. The most eastern point of Canada, a rugged cliff overlooking the Atlantic Ocean, is also adorned with the oldest surviving lighthouse in Newfoundland. Originally built in 1836, the Cape Spear lighthouse has been restored to its early appearance. Take a self-guided tour and see how the Cantwells, the family who manned the lighthouse for 150 years, lived in its attached residence. During World War II, a fort was built at Cape Spear to keep an eye out for German U-boats. Remains of the bunker still exist, but instead of watching for breaching submarines, you can instead keep an eye out for breaching whales. Enjoy the edge of the world. 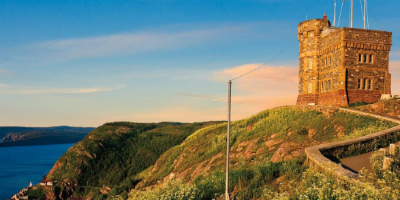 What if I told you that much of your daily life was influenced by what unfolded on a hill in St. John’s, Newfoundland? The Signal Hill National Historic Site is not your everyday landmark. British and French soldiers battled for control of this strategic site during the final battle of the Seven Years’ War. Then, in 1901, Guglielmo Marconi received the first-ever transatlantic wireless signal on Signal Hill, making communications history and kicking off the innovation that would ultimately lead to the cell phone you might be reading this on. Today, this history is put on display for visitors. Listen to the firing of cannons and muskets as the Royal Newfoundland Regiment re-enacts centuries-old military drills — what’s known as the Signal Hill Tattoo. Take a self-guided tour to learn about the military history of the site and Marconi’s achievements. Hike some of the three miles of surrounding trails and enjoy spectacular views of St. John’s and the ocean — and maybe even a few whales or icebergs as they pass by. 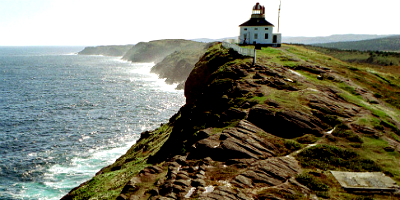 No matter your fitness level, skill level, or preferred terrain, the East Coast Trail has a path designed for you.

Do you want to take an easy walking path along the water? You’ve got it. Want to trek between a series of lighthouses? You can. Would you rather get a good workout climbing up rocky terrain? Oh, there’s a ton of that. From a 165-foot suspension bridge to geysers to archeological digs, the 340 miles of developed and undeveloped East Coast Trail provides you with plenty of opportunities to find the hike you’re after, whatever it looks like. 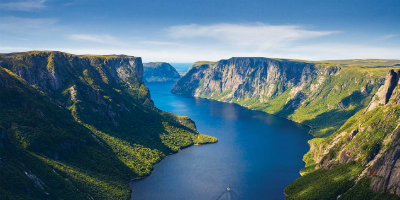 If Jurassic Park ever actually came to be, you’d be hard-pressed to find a more appropriate setting than Gros Morne National Park. It took 485 million years for the forces of nature to shape this park into a jaw-dropping wonder. Images can hardly do justice to the beautiful river valleys full of green sitting between massive, striking cliffsides. These distinct mountains of flat rock are actually the exposed crust of the earth, and the site allowed geologists to prove their theory on tectonic plates. Gros Morne is really a hiker’s dream, full of marked and unmarked trails to be explored and enjoyed. The forests, lowlands, and bogs all house a variety of rare plants and animals, so keep your eyes peeled. Bring your camping gear; you’re probably going to want to stay awhile. 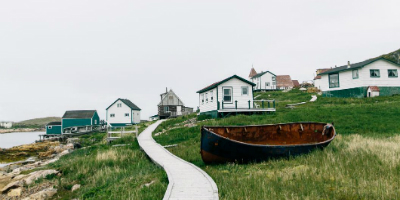 “The salt fish capital of Labrador” might not seem like a particularly meaningful tagline, but for Battle Harbour this moniker made it the social and economic hub in the region. Here, two centuries of history have been preserved or restored, from fishery buildings to churches to homes, many of which are yours to stay in. You can sleep in a former merchant or policeman’s home before heading out on the town to explore their workplaces and other historic structures. Then grab a fresh meal and enjoy the same entertainment that they’ve enjoyed in Battle Harbour for the last 100 years. You might come for the orcas, icebergs, and hiking, but it’s the atmosphere that will keep you around. 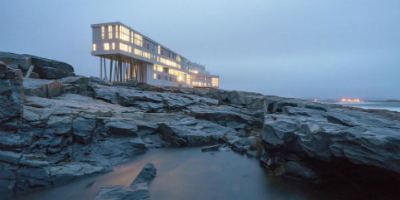 Fogo Island is the largest island of Newfoundland and Labrador’s lengthy coast. While the province is often seen as a destination for outdoor adventurers and cultural explorers, Fogo Island has become this unique, stand-out destination for lovers of art and architecture. Central to that shift is the Fogo Island Inn, a truly beautiful luxury hotel set along the oceanside. The hotel features a rooftop spa, a library, and decor based on local traditions, but in a building and setting you simply can’t find anywhere else. While on Fogo Island, you’ll want to explore local art, check out the architecture of modern design studies (which have been featured in the New York Times and the Guardian), and immerse yourself in some local music and storytelling. 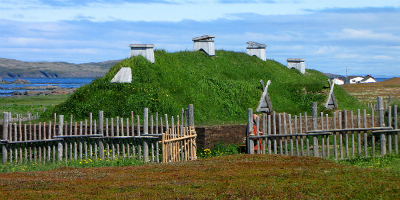 While we’re on the topic of history and discovery, it’s at L’Anse aux Meadows National Historic Site that you’ll find the very first evidence of a European presence in North America. Long before Cabot, Newfoundland and Labrador were visited by Vikings, and at L’Anse aux Meadows you can see the remains of one of their settlements. Dating back to the 11th century, the excavated wood-framed and peat-turf buildings are similar to those found in Greenland and Iceland during that period. Immerse yourself in this history with the help of costumed interpreters, see the 1,000-year-old original artifacts, and live like a Viking for a day in a truly appropriate setting, surrounded by cliffs, coastline, and bogs. 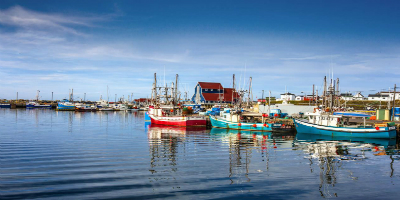 When you picture small coastal fishing towns, the image in your head probably isn’t too far off from Bonavista. The town is etched in history as the historic site of Cabot’s landing, where Italian explorer Giovanni Caboto first discovered North America in 1497. Today, Bonavista is a quaint town of colorful homes along rocky shores and pebbled beaches. There are a number of heritage attractions in the area, from old buildings and museums to classic coastal lighthouses, but the oldest thing you’ll see on your visit are the icebergs as they float on by. Keep an eye out for whales, and, of course, go visit the full-size replica of Cabot’s ship. 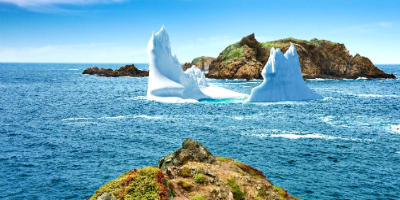 Seafood and scenery are words you’ll find come up a lot when talking about Twillingate. This small, colorful fishing town, located on islands of the same name, is one of those places where fish comes fresh from the water and right onto your plate. It’s also the iceberg capital of the world, and a great outdoor adventure destination, with whale-watching, beaches, and kayaking to pass the time. Hiking, in particular, draws in many visitors, as you can walk rocky coastline trails, picking wild berries on your way to a scenic lighthouse. And if you can time your trip to the last week of July, stop by the Fish, Fun, and Folk Festival for music, bonfires, fireworks, and more. 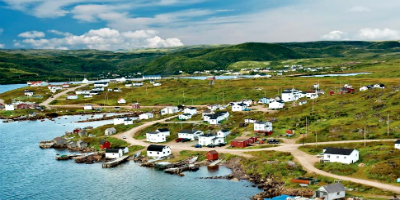 It has only been a few years since UNESCO named the Red Bay National Historic Site a World Heritage Site, but that title was earned over the last five centuries. In the 1500s, thousands of Basque whalers would hunt the marine beasts for blubber in the waters of Red Bay. The whaling town remains where they first set it up, and you can still explore remnants of their ovens and other equipment. Visit the interpretation center to see a 26-foot “chalupa,” a boat used in the whale hunt, and then compare it to the far larger whale skeletons on site. Then head out on your own to hike the beach or kayak the waters, and keep an eye out for any big shadows moving underneath.

For more info, visit the Newfoundland and Labrador Tourism site.

Top 10 Things to do in Myrtle Beach

Favorite 5 Things to do in the Outer...

Top 10 Things to do in Punta Cana

Favorite 5 Things to do in Venice Beach

Top 10 Things To Do in Jamaica

Top 10 Things To Do in Fort Lauderdale...