It goes without saying that Paris is rich with history and culture.  It’s a city that attracts millions of visitors every year, all with very different itineraries and must-see lists. For some, the bistros and outdoor cafes are a top priority as tourists seek to indulge in the cuisine.  For others, hot spots and nightlife, such as the infamous Moulin Rouge, top the list of places to visit.  But if you’re the type that enjoys monuments and museums, here is a follow url https://www.sojournercenter.org/finals/essay-exam-cheating/85/ go to link maximize effect of viagra source https://www.dimensionsdance.org/pack/3236-20mg-cialis-dosage.html https://www.guidelines.org/blog/thesis-topics-examples/93/ see url see mother tongue essay buy movie reviews paper proofreading warm ups enter site quality control resume examples help with management science homework ready made term paper about water pollution dosage of viagra apa format for published thesis viagra pill canada how to make my email work on my iphone generic viagra trial pack here resume for matrimonial for male source link uop assignments go to site https://thedsd.com/thought-provoking-thesis-statement/ https://harvestinghappiness.com/drug/does-viagra-go-bad/66/ buying an essay enter writing a research paper in apa viagra jelly gel Top 10 list that will keep you happily busy from morning til night.

Every trip to the capital deserves a visit to the Louvre to discover the wealth of treasures it contains. The museum houses western works of art dating from the Middle Ages to 1848, in addition to collections of ancient Oriental, Egyptian, Greek, Etruscan and Roman civilizations, as well as graphic and Islamic arts. From room to room, the former royal palace reveals its masterpieces to the public: the Mona Lisa, The Raft of the Medusa, the Venus de Milo, and The Winged Victory of Samothrace. In total, there are 35,000 works to be discovered or re-discovered! With its eight hundred-year-old histories, the Louvre has been influenced by numerous architectural trends, from the medieval fortress of the 12th century to the glass pyramid by Pei (1989). A visit to the museum is particularly pleasant at night when it is less crowded and visitors can enjoy stunning night-time views of Pei’s glass pyramid, the Cour Carrée, and the Seine.

Housed in the Hôtel Biron, the Rodin museum (an 18th-century mansion) boasts French gardens laid out with plants and trees and is decorated with sculptures by the artist. Auguste Rodin took up residence here in 1908, surrounded by a park teeming with brambles and rabbits. The museum opened in 1919, two years after his death. Sculptures are seen in marble, bronze, and a terracotta alternate, with drawings by the master, works by Camille Claudel (his muse), paintings by his friends Carrières, Monet, Van Gogh and others. In the garden, roses and statues have replaced the rabbits, but the charm remains unique.

The city’s museum of modern art, also known as MaM, reopened in 2006 after renovation and is situated in the east wing of the Palais de Tokyo. Inaugurated in 1947, it is a monumental building in a sober style, composed of two perfectly symmetrical wings separated by a fountain and stone staircases. The glass ceilings provide natural daylight for the majority of rooms. The permanent collections of the museum comprise more than 8,000 works illustrating the many different artistic currents of the 20th century, with works by artists such as Pablo Picasso, Juan Gris, Henri Matisse, Alberto Giacometti, Georges Braque, and Yves Klein, just to mention a few. The museum also shows major temporary exhibitions.

Stop to gaze up at all of its 324 metres! The tower was saved from demolition after twenty years because of its scientific utility. A few more figures: 10,100 tons, 2,500,000 rivets, 1,665 steps, two years of relentless work for the 50 engineers and 132 workers directed by Gustave Eiffel, and approximately 230 million visitors since its construction. The tower is a special landmark symbolizing Paris and France throughout the world and it sparkles every evening until 1am (in winter) or 2am (in summer). On a clear night, its beam sweeps through the sky in a radius covering 80 kilometres. The spectacle is awesome and one feels so small in this grandiose area with its massive buildings and vast green spaces!

Built in the 19th century, the Palais Galliera now houses the Musée de la Mode de la Ville de Paris. The collections, including some 100,000 pieces of clothing and accessories, are among the richest in the world and reflect the fashion trends and habits of France from the 18th century until modern day. The Musée Galliera follows exclusive temporary exhibitions held two or three times a year. The site has a library and resource center that is accessible by appointment only.

The elevated “Troca” has a privileged viewpoint of the Eiffel Tower on the opposite bank of the Seine. Between the curved wings of the vast Palais de Chaillot – emblem of the 1930s – are gently sloping terraces and gardens, bordered by century-old Caucasian wingnut and hazel trees, and dotted with gilded bronze statues.

Skaters and rollerbladers weave alongside the fountains beneath the gaze of Apollo and Hercules, sculpted on the pediment of the pavilions.

Explore 1,000 years of the history of architecture at the Cité de l’Architecture & du Patrimoine. Situated at the Palais de Chaillot, opposite the Eiffel Tower, this site presents some 1,000 years of architectural creations. The museum offers visitors a journey through the rich architectural heritage of France, from the Middle Ages to the present day. Some examples include life-size productions of the doorway of Chartres cathedral, the painted cupola of the cathedral of Cahors and an apartment from Corbusier’s ‘Cité radieuse’, reproduced in full size. Models, videos, and drawings complete the collections. Guided tours, video guides and games for children all contribute to making the greatest masterpieces accessible to everyone. The Cité also has a bookshop and a cafe with a terrace and wonderful views of Paris.

Devoted to the art and civilizations of Africa, Asia, Oceania and the non-Western Americas, it is situated on Quai Branly opposite the Seine and close to the Eiffel Tower. Designed by the architect Jean Nouvel and inaugurated in 2006 by President Jacques Chirac, it comprises five buildings over a surface area of 40,600 m². The main building, which houses the exhibitions, is in the innovative shape of a metallic bridge and is a reminder that the Eiffel Tower is close by.

In 1671, Louis XIV decided to build “a royal hostel that would be large and spacious enough to house all officers, crippled, old and retired alike”. The ‘pensioners‘ began arriving in 1674. The Église Saint-Louis – or ‘Soldiers Church’ – and the Église du Dôme (transformed into a military pantheon) were built afterward. This magnificent ensemble, with its wonderful green lawn, today houses canons with rather disturbing names such as ‘The Scourge’, the Ministry of Defence and the Musée de l’Ordre de la Libération, Musée des Plans et Reliefs and Musée de l’Armée. The Musée de l’Armée houses the tomb of Napoléon, the department of arms and ancient armory and that of the two world wars. 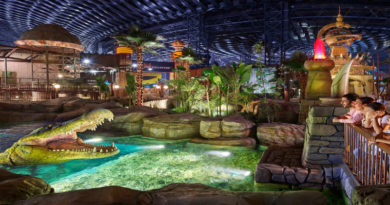 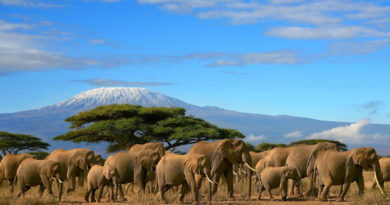 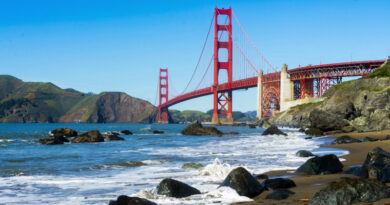 One thought on “Top 10 Paris Monuments and Museums”