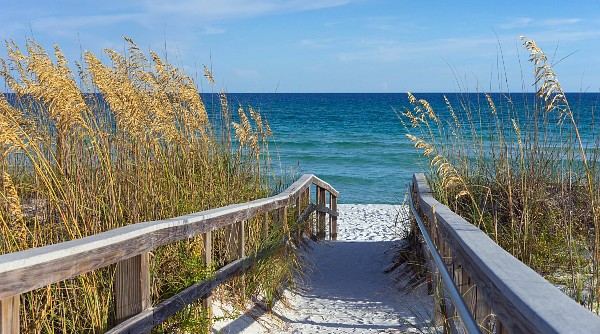 If you’re new to the concept of visiting Florida, you might not know that the Sunshine State features so much more than just the crowded theme parks of Orlando, the noisy racetracks of Daytona, and the crammed beaches and nightlife of Miami.  It’s also more than just jai alai, orange groves, seafood, and the senior communities in Naples and Venice.

Yes, it is all of that… but it’s also a state steeped in history and boasting a neverending list of venues for nature and wildlife.  And one of the best places to find all of that is Amelia Island — the southernmost jewel in the Sea Island chain and the northernmost of the barrier islands on Florida’s Atlantic coast.

Here are the Top 10 Reasons to Visit Amelia Island. 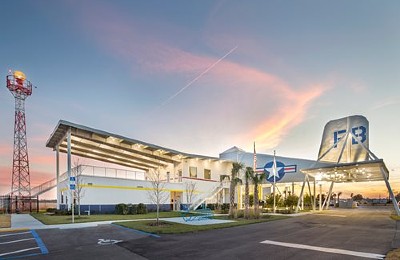 Amelia Island is only 30 minutes from Jacksonville International Airport linking NE Florida to cities all over the world. Air Canada, Delta, American, Frontier, United, JetBlue, and Southwest (just to name a few) are among the carriers that service JIA. If you’re driving from the north along I-95, Amelia Island is the first 2 exits in Florida so the excitement when traveling with kids is guaranteed to reach a fever pitch right after you cross over from Georgia into Florida. The drive up from the south is gorgeous along historic A1A where ocean views turn into river views after you board the Mayport auto ferry just south of Jacksonville to continue on to Amelia Island. If you have your own plane, the Fernandina Beach Municipal Airport is designed to accommodate a Gulfstream IV aircraft or smaller. 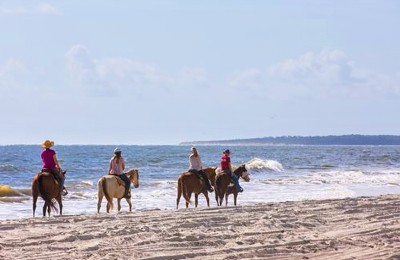 Do you think the “House of Mouse” is the only Florida destination with attractions? Nope. Amelia island has them as well and though they are different, they’re every bit as fun. Take a horseback ride along the shore where the beauty of the ocean and its wildlife will take your breath away. Experience the sunset with a tour of Cumberland Sound and the Intracoastal Waterway on an Amelia River Cruise.  Zip along the ocean, marsh, and canopied trails on a Segway Tour at Omni Amelia Island Resort. Take to the skies on a powered hang glider where you can get a bird’s eye view of Amelia Island and Cumberland Island. Tee it up on the Links of Amelia Island where 99 holes of stunning, world-class golf await. Learn to surf, rent a kayak, or see the water on a hydro bike… there’s SO MUCH TO DO! 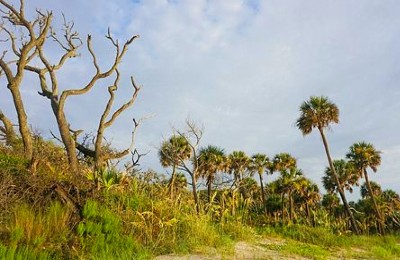 Amelia Island’s parks aren’t themed per se but savvy travelers know to seek them out for their history, natural beauty, and an array of activities. Fort Clinch State Park is set on 1,400 acres and is home to historic Fort Clinch, one of the most perfectly preserved Civil War forts in the United States. Amelia Island State Park is set on the southernmost tip of Amelia Island where the views are never anything short of amazing. George Crady Fishing Pier State Park is located just beyond Amelia Island State Park and connects Nassau County to Duval County. This one-mile-long pedestrian-only bridge spans the Nassau Sound and is where anglers can expect to haul in a variety of fish including whiting, jack, drum, and tarpon. Located on the northern end of the island is Fernandina Plaza State Park.  Although small in size, this park contains centuries of Florida history. Get out and explore! 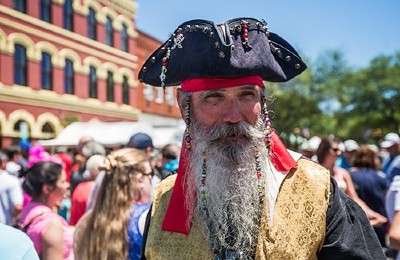 Ahoy Maties! It’s no secret that Amelia Island was once a hub for pirates, smugglers, and bootleggers that called the island home. In fact, in the 17th and 18th centuries, Amelia Island was bustling with pirates. Because the water was so deep in the Port of Fernandina, it was easy for Pirate Ships to sail into port on their way to or from the Caribbean. Although we don’t condone the behavior of pirates, we have sort of adopted them as the island’s mascot and pretty much flaunt them wherever possible. Whether it’s spending the afternoon at Pirate Playground where ‘lil pirates-in-training go to have fun, grabbing a Pirate’s Punch at Florida’s oldest bar the Palace Saloon, or going out to sea on a rod-bending, reel-screaming, adrenaline-pumping, good time with ‘Ye Ole Pirate’ Fishing Charters, pirates are just part of the landscape. 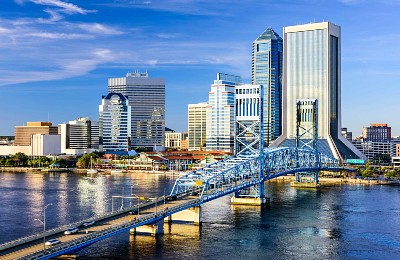 The main reason that most folks visit Amelia Island is to unwind and relax by the sea on uncrowded beaches. So, even though the area isn’t a big city, it’s still nice to be close to one. The city of Jacksonville is just 40 miles away and offers notable attractions such as The Museum of Science and History — home of The Bryan-Gooding Planetarium where folks can explore deep space and the observable universe without ever stepping foot off the planet. Tiaa Bank Field — home of the Jacksonville Jaguars where families can take in a Sunday NFL game. The Florida Theatre — one of only four remaining high-style Movie Palaces built in Florida in the 1920s. Attend a concert, ballet, or play in this gorgeous theatre listed on the National Register of Historic Places. 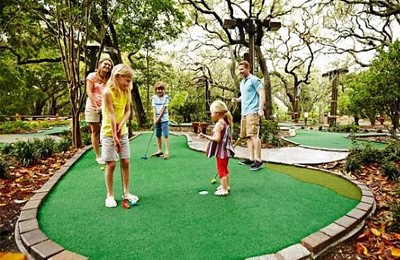 As far as Kid Friendly Resorts in Florida go, Amelia Island has some of the best. For those planning a luxurious getaway, book a stay at The Ritz Carlton, Amelia Island, or Omni Amelia Island Resort where kids are a priority. Both resorts overlook an expansive stretch of beach and offer award-winning kids programs, babysitting services, an array of pools to play in, naturalist-led nature programs, and nearby shopping and dining. If that isn’t exactly what you were hoping for, look over all the available accommodations and decide what is best for your family. As far as kid-friendly things to do, what is more fun than a family game of putt-putt? Lucky for you, there are courses from one end of the island to the other. Or, rent bikes and hit the miles of bike trails located around the island. There is plenty to do as a family. 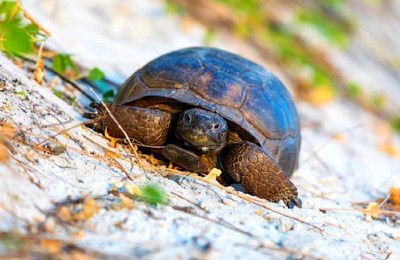 Made up of 13 miles of seashore with 40-foot sea oat-dappled dunes, Amelia Island is a beach and nature lover’s dream. The year-round mild climate allows for relaxing beach walks or hikes in Egan’s Creek Greenway. Speaking of which, Egan’s Creek Greenway runs north to south along Egan’s Creek right smack in the middle of the island. When hiking the greenway, expect to see gorgeous marsh vistas, a variety of birds, alligators, snakes, and local flora & fauna spread across 300+ acres of beauty. Fort Clinch State Park also offers nature trails for hiking and biking that wind around a series of freshwater ponds where sunbathing turtles and alligators are often seen. Amelia Island has so many great places that honor her natural beauty that you’ll want to visit all of them. Here’s a little extra help to make your decision easier. 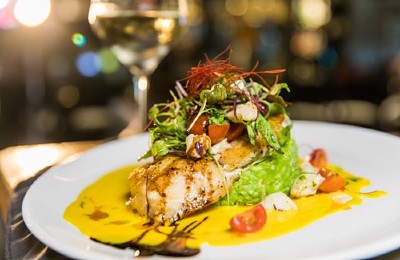 With more than 90 Distinctive Restaurants to choose from, it’s a safe bet that you won’t go hungry while you’re visiting. Choose from waterfront hangouts, fine dining restaurants presided over by award-winning chefs, mom & pop burger joints, or the quiet intimacy of a romantic bistro. There’s something for every taste and palate. Foodies especially love the Isle of Eight Flags Shrimp Festival held every year in May where crustacean is served just about any way you want it. Amelia Island Restaurant Week is also another favorite with locals and visitors alike. Held each January, Restaurant Week offers a ten-day culinary showcase of savory prix-fixe menus for lunch and dinner along with delicious events. 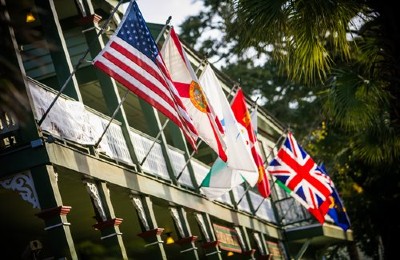 Amelia Island is rich in history. Did you know that it’s the only place in America where eight different flags have flown? Crazy, but true. Check them all out here. Go beyond the beach to the hidden history of Amelia Island, yours to discover at five different museums, all open year-round and welcoming to all ages. These museums feature everything from pinball and pirates to shrimping history and the historic African American journey of vision, struggle, joy, and triumph. Step back in time to the year 1864 at Fort Clinch State Park where soldiers reenact life during the Civil War or take a walking tour of the downtown historic district and learn about David Levy Yulee who created the first trans peninsular railroad in Florida. He’s also considered the “Father of Fernandina”. 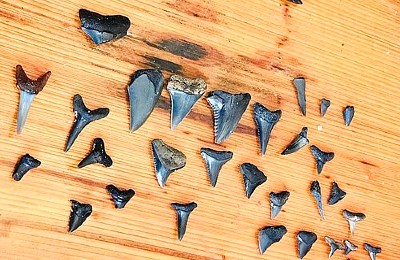 Amelia Island is loaded with treasures of all kinds. Whether it’s Shopping in the Downtown Historic District, at The Shops at Omni Amelia Island, or at the Palmetto Walk Shopping Village, the perfect souvenir awaits. Of course, treasure doesn’t always come in a store. Some treasures come from canvassing the sandy shores and combing the surf for that perfect shell, or enjoying the thrill of finding a shark’s tooth on the beach. Both of those pastimes are fun year-round and hunting for them often takes on a life of its own. Whatever treasure means to you, Amelia Island has you covered.