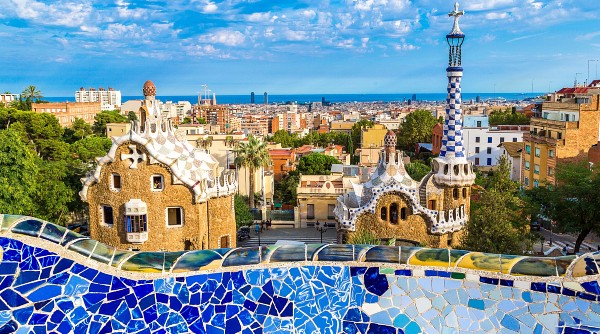 Top 10 Things to do in Barcelona – with video

The second-largest city in Spain is Barcelona and it contains plenty of must-sees for tourists. With so much history and culture, it can be difficult to create an itinerary that includes absolutely everything you want to visit. From beaches to parks, to museums, and a multitude of tourist destinations, Barcelona has something for everyone. Here is our Top 10 list of things to do in the city.

⦿ To watch our video version of this article, visit our YouTube channel HERE and be sure to use the highest quality playback settings. Or, keep reading for valuable information and photos. 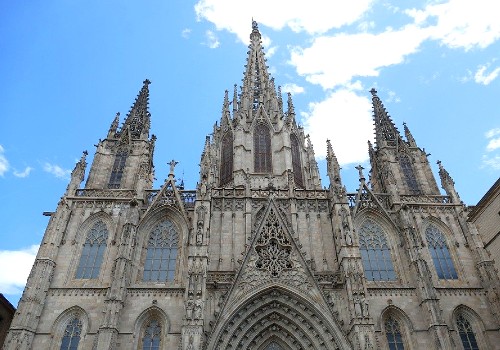 Located in the Gothic Quarter of Barcelona is the most important landmark — Cathedral of the Holy Cross and Saint Eulalia, otherwise known as Barcelona Cathedral. This beautiful piece of architecture with arched windows, lattice-like features, and pointed peaks was built between the 13th and 15th centuries.  It received its neo-Gothic face in the late 19th century as part of the final touches. This includes various gargoyles and mythical creatures on the roof.

The interior of the structure displays a majestic altar, gold fixtures, and 140 statues of numerous saints. Today, the cathedral operates as the home of the city’s Archbishop. 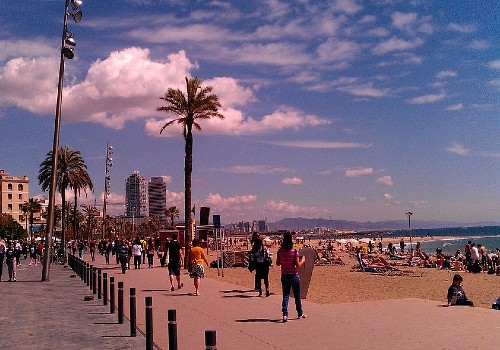 As a destination located on the shores of the Mediterranean Sea, it is no surprise that Barcelona offers several beautiful beaches for visitors to enjoy.

One of the most popular seaside areas is Barceloneta Beach. But it’s not a quiet and relaxed area; it is highly visited and known to be noisy with its many watersports, beach volleyball, and several vendors for food and drink. This includes seaside cafes. Also available onsite are rental sun umbrellas and lounges, as well as change rooms and washrooms. 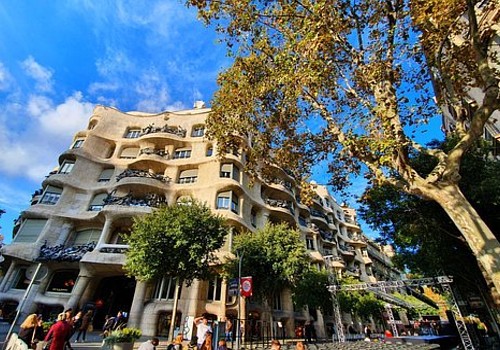 Antoni Gaudí i Cornet, known mostly just as Gaudí, was a highly individualized architect known as the greatest creator of Catalan Modernism. His works are mainly seen in Barcelona, two of the most important and interesting of which are Casa Batlló and Casa Milà.  Both are located approximately six minutes from Barcelona.

Casa Batlló is an apartment block that became famous when Gaudí was commissioned to give the building a makeover toward the end of the 19th century. This is said to be among the best examples of his style due to its curvy lines and vibrant colors, and the overall look which was inspired by the sea.

Casa Milà is another of Gaudí’s masterpieces. The style of this citadel once again features a complete lack of straight lines and right angles. The building completed construction in 1912 and has been alternately named ‘La Pedrera’.  An elevator is available inside for visitors to ascend to the rooftop and enjoy the city skyline views. 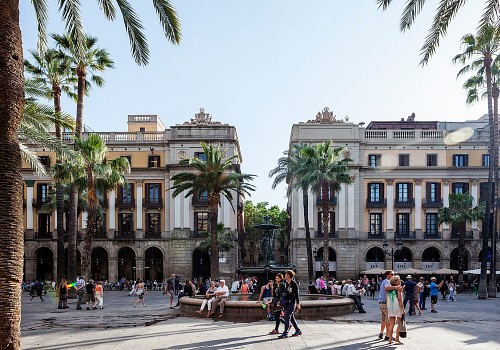 The Gothic Quarter is the oldest district in Barcelona having begun as the founding city in 15 BC. Surprisingly, it is a rather small community with a maze of narrow streets and very little traffic. Packed full of Gothic architecture, it is one of the most visited and lively regions of the city and is a must-see for first-time visitors to Barcelona.

Walking tours are available in the region, however, the area is small enough to find your way around on your own and it might be the best way to experience the various shops and cafes while taking photos of the charming streets and memorable structures. 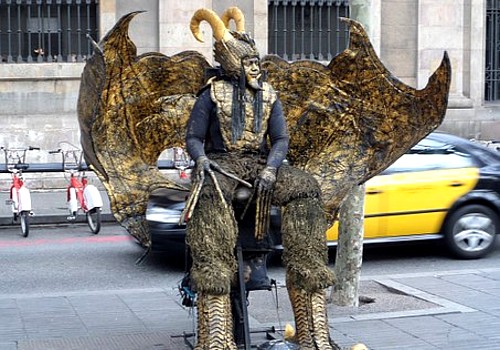 For a typical tourist experience, visit La Rambla. It is centrally located in the heart of the city and easy for visitors to find, along with other notable places of interest all within a short distance.

With an abundance of restaurants and bars, various shops, and street-side busking performances, it is an area that tends to be avoided by residents but draws numerous sightseers daily. Also found here amongst the historic buildings are sidewalk cafes, palm readers, psychics, portrait and caricature painters, and a variety of other entertainers that assist in thrilling visitors with the novelty of the area. In this respect, it is sort of like New Orlean’s Bourbon Street or the Vegas Strip. 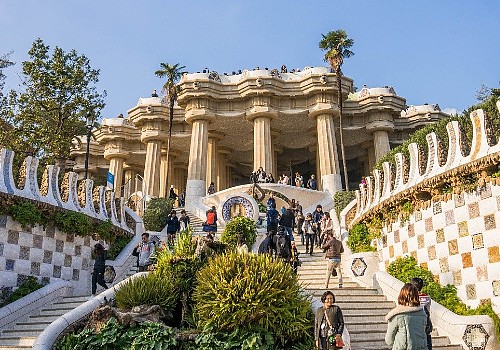 As mentioned, famed architect Antoni Gaudí was commissioned to design several compositions across Barcelona and Park Güell was one of them (as seen in the lead photo). However, this 42-acre property did not start out to be a park.

It began in the 20th century as a housing community for the rich until it was revealed that building on that parcel of land was not ideal. Gaudí then forged ahead with plans for a park instead and created an enchanting area festooned with mosaics and meandering benches from which visitors could enjoy wide sweeping views of the ocean and the city of Barcelona. 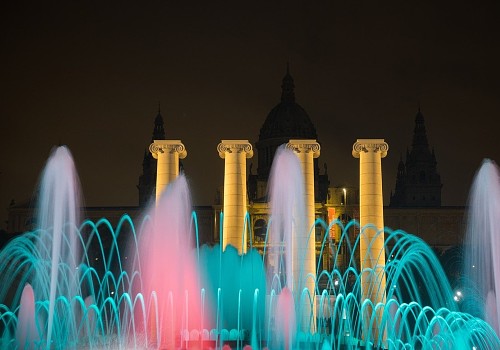 Looking for an evening show that isn’t expensive?  Consider the Magic Fountain of Montjuïc which is free. This display blends water, light, and sound with a 3,600-water jet fountain and more than 4,700 lights all choreographed to music.  Originally designed in 1929, this colorful and lively spectacle is a popular attraction among tourists, with millions visiting the fountain every year. 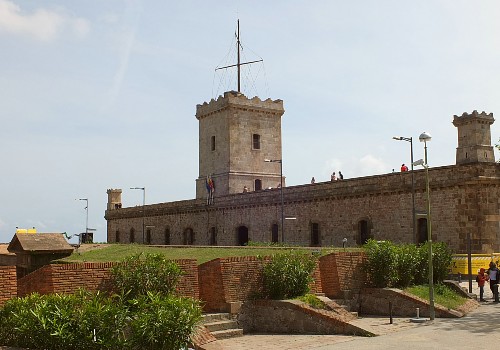 Want a fantastic view and a little history combined?  Head to Montjuïc. This is a large flat-topped hill that overlooks the harbor below and offers visitors a spectacular view along with the ruins of the Castle of Montjuïc. Informative tours of the remaining castle are offered. Given the tactical advantage of this site, it’s no wonder it was chosen as a place for a fortress and lookout towers. Today, however, it is a popular tourist attraction with landscaped gardens and fantastic photo opportunities.

Two options are provided for getting to the top of Montjuïc  — one is a cable car which can be taken from Barceloneta Beach, and located directly next to it is the funicular, which is a mountainside rail car. Both feature beautiful views of the harbor. 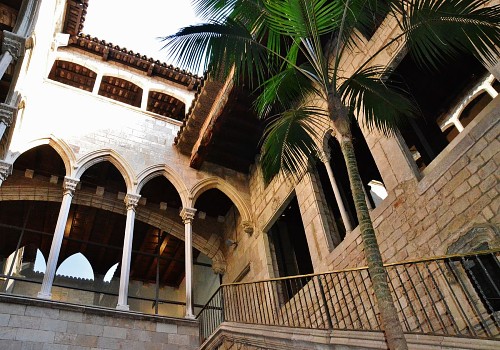 Famed artist Pablo Picasso spent his young, formative years in Barcelona so it stands to reason that the city’s Museu Picasso is among the most significant Picasso galleries in the world. But don’t expect to find his most legendary works here because the museum mainly hosts his earlier pieces, including sculptures, engravings, pencil sketches, and drawings, as well as paintings. In fact, the collection of early works contains a whopping 4,200 pieces of the artist’s creations.

If you are someone seriously interested in Picasso’s work, expect to spend a few solid hours poring over the displays. 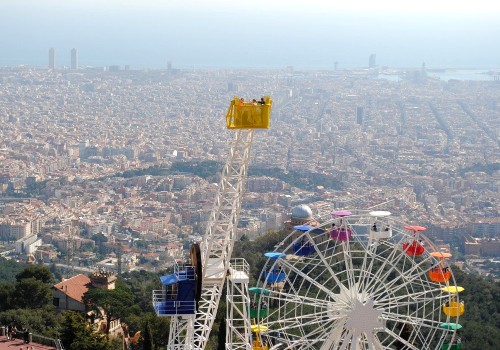 This is the oldest amusement park in Spain, located high above Barcelona.  Despite its opening in 1905, you might be surprised to know that some of the original rides are still in play. Overall, the park has an old-fashioned ambiance and charisma that appeals to visitors.

The views from Tibidabo are spectacular due to the elevation of the park, and some rides lift visitors even higher if you want to attempt a photo from such heights. If you’re looking to avoid big crowds, try to visit on a weekday when park-goers are fewer in number.