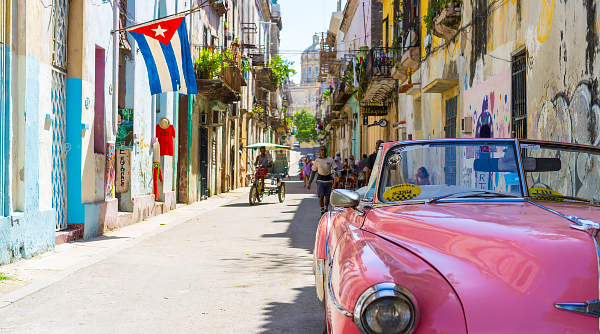 Top 10 Things to do in Cuba — with video

Most travelers know that Cuba is an excellent Caribbean destination when it comes to a wide array of resorts and several beautiful beaches. But there is much more to do than just relax around the pool or bask on the beach thanks to the island’s rich history and culture. So, we’ve compiled the Top 10 attractions and adventures in alphabetical order to include in your itinerary. 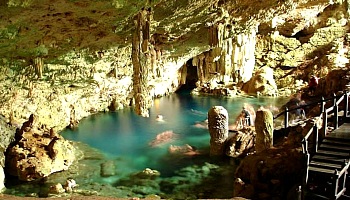 Cenotes are underground caverns that have been created from the collapse of a limestone cave and have since been filled with crystalline turquoise water. Each one is unique in size and shape. For the most part, cenotes are associated with Mexico. However, the Dominican Republic and Cuba have a few as well.

For an exciting swim or dive experience, be sure to visit Cueva de Saturno (Saturn Cave – shown to the left) located 20 kilometers from Varadero. Or, travel to Cenote de los Peces located on the Zapata Peninsula. Here, in the cenote’s deep blue waters, tourists will find underwater caves to explore. 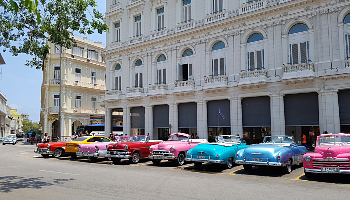 If you’re a lover of classic cars, there’s no better place to see an abundance of them than in Cuba. The streets are a never-ending parade of brightly colored vehicles from the 1940s and 50s. After the Cuban Revolution, Cuba’s leader, Fidel Castro, put a U.S. embargo in place that banned the import of American cars and related parts. Car owners were then forced to preserve what they had. And, knowing that many tourists love classic cars, an industry was born in which the cars are used for city tours.

Numerous tour companies offer different versions of these excursions, varying in length and different points of interest. It all depends on what you want to see and how much you want to spend on the tour. For more information, click HERE. To watch our tour of Havana in a classic car, visit our YouTube video HERE 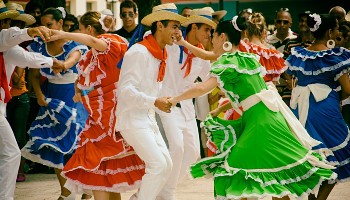 Tourists wishing to see an authentic Cuban fiesta should visit the historic town of Bayamo.  Located in the Oriente region, Bayamo is a colonial destination that pre-dates Havana. More than 500 horse-drawn carriages line the streets awaiting travelers that wish to explore the charming region.

Each week, on Saturday nights, Bayamo erupts with Fiesta de la Cubanía —essentially, a festive street party that includes the town square and features music and dancing, live performances, a pig roast, and spicy and savory island cuisine. Multiple rows of chess sets can also be seen as local players indulge in the board game that has become an integral part of Cuban identity. 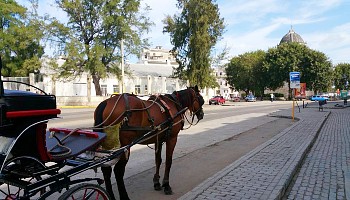 Decades of sanctions prevented Cuba from importing automobiles so many residents turned to old-fashioned methods of transportation including horse and buggy. Given the old-world charm of a horse-drawn carriage, it became popular with tourists wishing to explore Cuba’s various towns and regions.

Seeing the capital city of Havana via horse-drawn carriage will introduce travelers to the history, architecture, and culture that makes this urban hub the most visited in Cuba, while educated guides share their knowledge of the area’s many colonial landmarks. 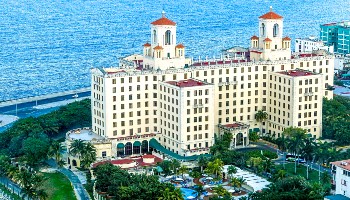 Even if you don’t plan to stay there, consider visiting the infamous 5-star Hotel National de Cuba which dates back to the 1930s.  This iconic art deco landmark is renowned for hosting a long list of celebrities and political figures over the years. And during the Cuban missile crisis, it was used as a base of operations. In October of 1933, it was the site of a bloody siege that would become known as the Battle of the Hotel National de Cuba.

The hotel contains an on-site museum, beautiful gardens, and a charming restaurant that overlooks the Malecón. The hotel sits close to several of Havana’s most popular attractions, including Revolution Square. 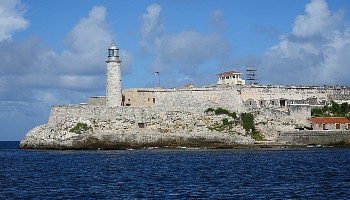 El Morro, which is known by numerous names, is a defensive multi-level stone fortress that was built between 1589 and 1630 for purpose of guarding the entrance of Havana against pirates. It sits at the tip of the peninsula across the bay from Old Havana and can be reached by ferry. The castle wraps around the cliffs of the bay and features sturdy walls, an impressive moat, and an enduring lighthouse. Not only is it a UNESCO World Heritage Site but also a testament to the great power struggle.

This is the largest Spanish colonial fortress in the Americas, covering an area of 25 acres. Tourists can explore the artillery platforms, cannons, turrets, and palisades which are said to be the most complete and best-preserved example of Spanish-American military architecture. They can also visit the onsite Maritime museum which details the attack of the British in 1762. The castle also functions as an exhibition space, where artists create and exhibit their works. 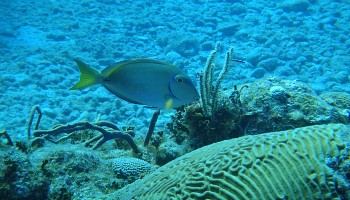 Though this may be surprising to hear, Cuba is an exceptional destination for scuba divers. While some Caribbean islands have experienced overfishing that has led to fewer fish species in the region, the reefs surrounding Cuba have been amazingly well preserved.

Some of the most popular dive sites include Bay of Pigs, Cayo Coco, Cayo Largo, Jardines de la Rena Marine Park, Maria la Gorda, and Punta Frances, which is known as Cuba’s pirate coast. Depending on which dive sites you choose, expect to find a variety of colorful coral species along with tarpon, eels, barracuda, lobster, grouper, and hawksbill sea turtles. Shark species in these areas can include black tips, hammerheads, reefs, leopards, and silkies. 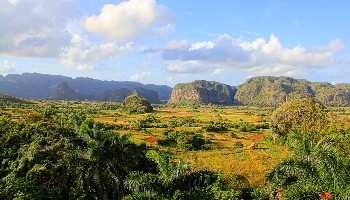 The island is well-known for its tobacco and world-famous Cuban-rolled cigars. Even non-smokers will enjoy a tour of the tobacco fields and learn about the process of creating a cigar, from growing to drying to rolling.

Several different companies offer excursions to the Vinales Valley where many of the fields are located.

Some tours also include a rum tasting, exploration of regional limestone caves, and a riverboat ride through the Cuban jungle. 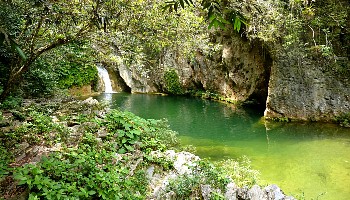 For a different kind of adventure, visit Topes de Collantes National Park, located approximately 25 minutes from Trinidad. This beautiful national park is a nature reserve located in the Escambray Mountains, with an altitude of 800 meters above sea level. Pico San Juan is the highest peak, at 1140 meters.

Topes de Collantes is home to numerous species of flora and fauna such as pine, bamboo, and eucalyptus forests. A tourist center is housed within the park and offers visitors the opportunity to hike, enjoy a horseback tour, or swim in the scenic waterfalls. 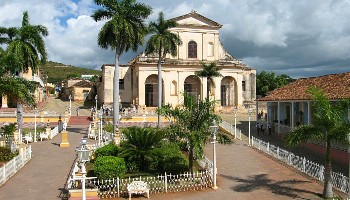 One of Cuba’s most well-preserved historic towns is Trinidad, located on the country’s south-central coast and known for its colonial structures, cobblestone streets, and neo-baroque main square.

The town dates back to 1514 when the region was discovered by Spanish conquistador Diego Velázquez de Cuéllar. Trinidad is a UNESCO World Heritage Site with well-preserved palatial estates and extravagant plazas and churches. To that point, it was listed on UNESCO’s list of World Heritage Sites in 1988. Pastel buildings add a splash of color to the town and historical landmarks are strewn throughout. Fortunately, the historic area that tourists are most likely to visit is small and easily walkable with most of the attractions situated mere steps from one another. For more information, click HERE.

All Photos via Pixabay

Most Ridiculous Travel Reviews for Sightseeing