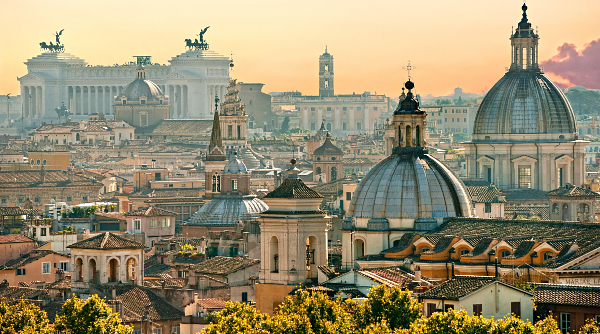 Top 10 Things to do in Rome – with video

Rome is one of the most historically significant cities in the world, home to some of the most iconic architectural, artistic, and religious sites of all time. From ancient ruins to renowned murals and holy buildings, prepare to have your breath taken away at each turn. Here are our Top 10 things to see and do in Rome, Italy.

⦿ To watch our video version of this article, visit our YouTube channel HERE and use the highest quality playback settings. Or keep reading for valuable information and links. 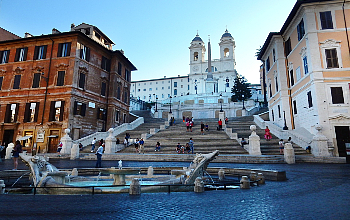 Famous for being the widest and longest staircase in Europe, the Spanish Steps were originally built to connect the lower Piazza di Spagna to the Trinità dei Monti church at the top of the slope. Visitors are allowed to enter the church and take in the frescoes along the inner chapels before heading back down.

In the square at the base of the steps is the Barcaccia, one of Rome’s many beautiful baroque fountains. Whatever you do, don’t sit on the steps – guards give out fines of up to 400 euros in order to preserve the monument. 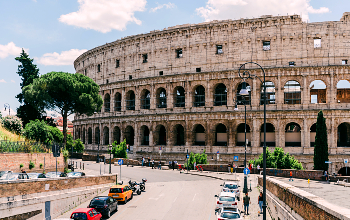 Situated in central Rome, the Colosseum is Italy’s most famous landmark. The world’s largest ancient amphitheater is an oval structure built for entertainment purposes nearly 2,000 years ago. In ancient times, up to 80,000 spectators would visit the site to witness gladiators competing among other public spectacles like animal hunts and executions.

Although the building has been significantly damaged over the centuries, it remains one of the most iconic relics of Imperial Rome today. 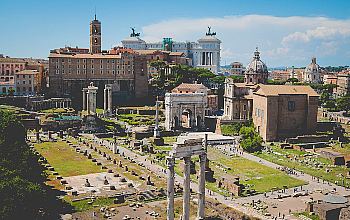 Just west of the Colosseum is one of Rome’s most ancient treasures, the Roman Forum. Ancient history buffs will be delighted to take in the site of the original Senate, where trials, elections, and processions of the Roman Empire took place, including the return of Julius Caesar’s body after his assassination.

Colosseum ticket holders can access the archeological park where the Forum is located free of charge. 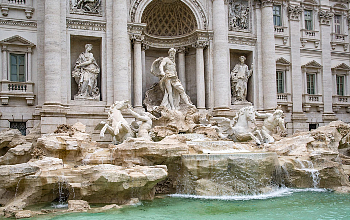 The Trevi Fountain is one of the most famous fountains in the world, standing at nearly 100 feet tall and 150 feet wide. The fountain took 30 years and several sculptors to complete in the mid-18th century, replacing the original fountain that was deemed to lack dramatic effect by the Pope in the early 17th century. Today, Trevi Fountain is the largest Baroque fountain in Rome, attracting millions of visitors each year, and has been featured in several Hollywood films. 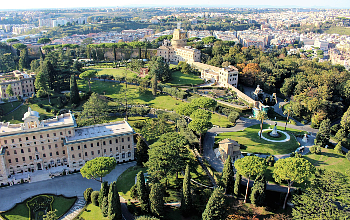 Vatican City is a completely independent state within the borders of Rome, and the smallest nation in the world with a population of less than 1000. Home only to church clergy and their guards, the state is an absolute monarchy ruled by the Pope.

Luckily, you don’t need your passport or visa to enter the city to explore the vast architectural wonders of ancient Rome located within 120 acres of the holy land. 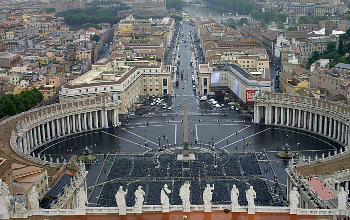 At the heart of Vatican City is St. Peter’s Basilica, the world’s largest Christian basilica. Designed in part by the infamous artist, Michelangelo, this basilica is traditionally said to be the burial site of St. Peter the Apostle and is regarded as one of the holiest Catholic shrines. Leading up to the church entrance is the city’s largest piazza, St. Peter’s Square, known for large gatherings of locals to witness the Pope’s blessings. The plaza is framed by colonnades and accented with two large fountains and a central ancient Egyptian obelisk, providing 360-degree photo opportunities. 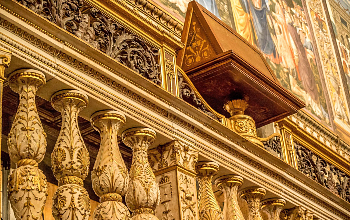 Also located within the Vatican City is the Sistine Chapel, which is part of the building structure of the Apostolic Palace a.k.a. the official residence of the Pope. Although the chapel’s ceiling frescoes, which include the infamous Creation of Adam, are among his most notable works, Michaelangelo historically complained that he was not a painter and was unhappy with the commission. Nevertheless, his lack of enthusiasm did not stop him from creating one of the most revered pieces of art for centuries to come. 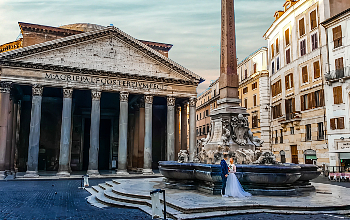 You would never know the Pantheon was built over 2000 years ago because it has remained almost entirely intact since then. It was originally designed as a temple to mythological gods prior to being converted for Christian use in the 7th century and is an active church today. A notable feature of the Pantheon is the opening at the top of the dome roof, where a disc of light reflects differently for each day of the year. It is also said that the great painter and architect, Raphael, was buried here at his request. 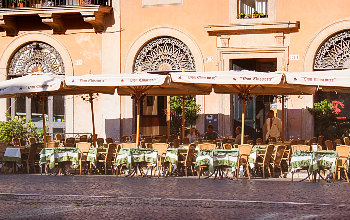 Rome has a relatively warm climate most of the year, meaning there will be many patios available to relax and have a bite without losing sight of your surroundings. Whether you’re stopping for a midday espresso, trying a slice of authentic Italian pizza, or enjoying a hearty bowl of handmade pasta, there is no better way to experience Roman culture than through the food. And don’t forget to cool off with a cup of delicious homemade gelato on a hot day. 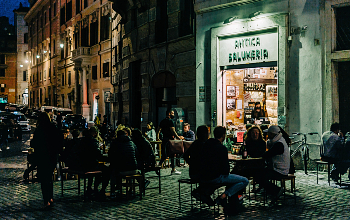 After a day of sightseeing, the fun does not stop in Rome. The vibrant city has many nightlife options from live music venues to large dance clubs and rooftop bars. Trastevere is known to be a tourist-friendly neighborhood featuring countless restaurants, bars, and wineries. Keep in mind that most Romans don’t have dinner until after 9 pm, so if you’re looking for a party, expect the festivities to start well past midnight.