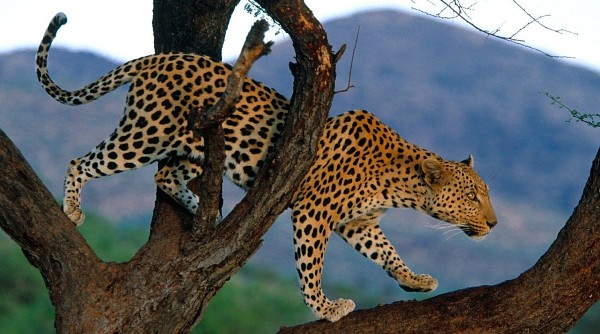 Let’s face it, seeing an exotic or uncommon wild animal in its natural environment can only be described as thrilling, particularly when you are least expecting it.  It’s a reason to stop the car, grab the camera or video camera and capture the moment for posterity.  If the incident is truly uncommon, it’s likely a story you will repeat to family and friends time and time again because the experience is nothing at all like seeing an animal in a zoo.

With this in mind, it stands to reason that many people will base their holiday plans on wildlife experiences. They will choose destinations that will increase their odds of seeing wildlife up close and personal, knowing that it will enhance their vacation. To that end, the following are our Top Ten Best Wildlife Destinations around the world.

⦿ To watch our video version of this article, visit our YouTube video HERE and be sure to use the highest quality playback settings. Or, keep reading for valuable information and photos. 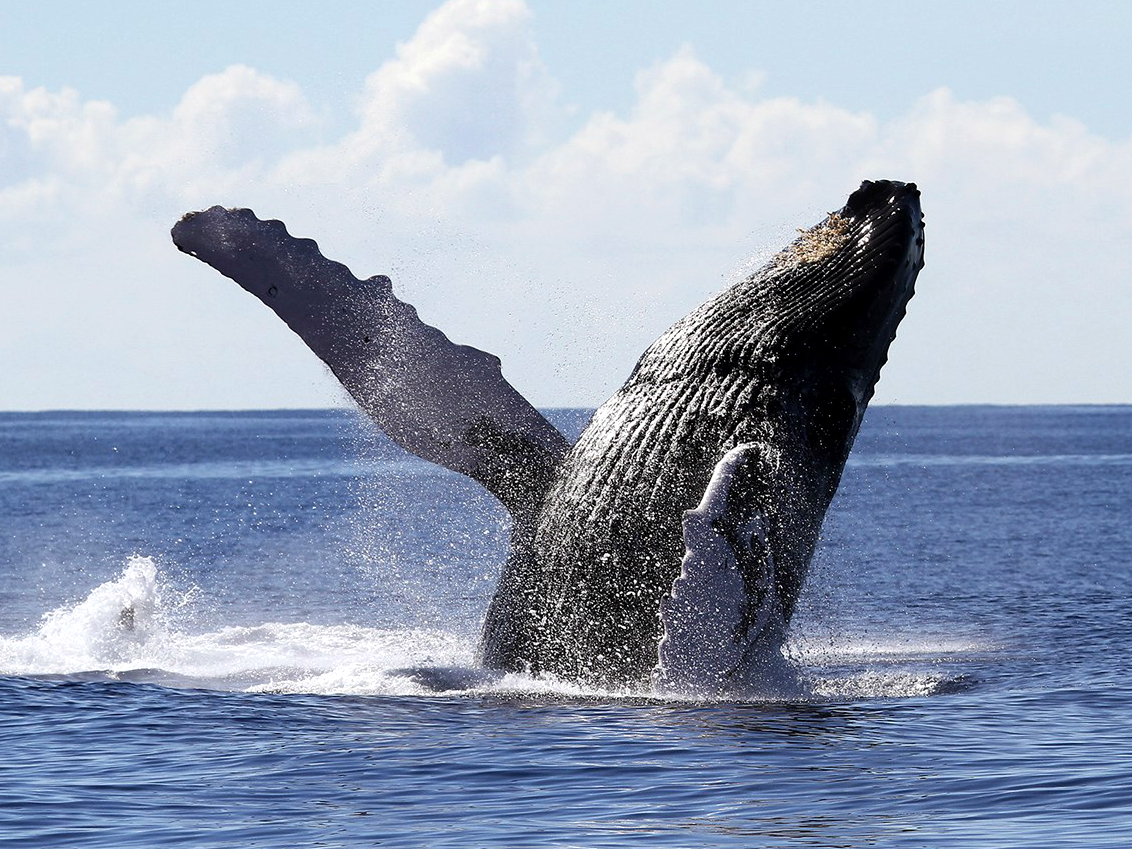 This particular wildlife adventure has become fairly common, with tour operations in several locations around the globe. St. Helena in the South Atlantic is a migration pathway for whales and dolphins so it stands to reason that this is a great place to go. However, whale watching isn’t exclusive to this area since expeditions are also offered in Mexico, Australia, Iceland, Hawaii, off the coast of California, on the East Coast of Canada, Glacier Bay in Alaska, and the northeastern corner of Vancouver Island.

Imagine seeing, and in some cases hearing, a pod of killer whales (orcas) or humpback whales as they gently swim past.  If you’re heading to St. Helena, the best time to go if you’re interested in seeing whale sharks is between January and March. Humpback whales can be spotted between June and October. However, if you’re heading to Vancouver or Glacier Bay and wish to attempt kayaking with whales, mark your calendar for May to early September. 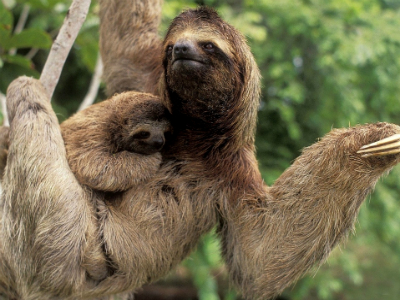 Costa Rica has an abundance of wildlife well worth discovering. To that end, several areas in the region offer day and nighttime walking or kayaking tours. Much of the wildlife found here can be found throughout Central America; however, it is most accessible and visible in Costa Rica.

The National Park of Corcovado, located in the southwest, is one of the most intense biological places on earth, and the beauty and diversity of its wet forests, cloud forests, mangrove swamps, and beaches are indescribable. This national park is lush with tropical wildlife, such as sloths, ocelots, parrots and toucans, tapirs, tree frogs, boa constrictor snakes, and various species of monkeys.  There is also the possibility of seeing a mountain lion or jaguar while hunting turtles on the beach. The best time to visit is during the dry season, which is January to March. 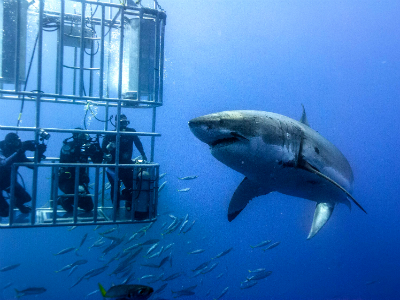 For an extreme wildlife adventure, climb into a specially-designed cage and submerge into the shark-infested waters of South Africa where Great White Sharks are plentiful and your chances of an up-close encounter are greater than anywhere else in the world.  No doubt, your chances of a heart attack will also increase. Kidding – not kidding.

The fact is, this type of thrill-seeking adventure has grown significantly over the past few years so safety measures have increased as well. May to October is the best time to cage-dive. Although shark sighting is not guaranteed, the success rate is very high around Cape Town and there are plenty of tour operators in the vicinity that specializes in this type of diving experience.

The Great Migration of the Serengeti 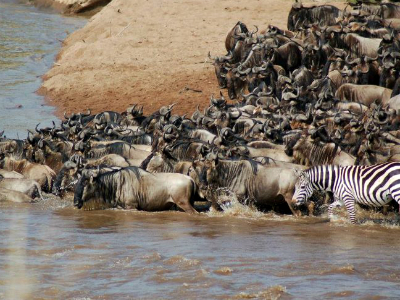 One of the most intense African safaris is the Great Migration – a 1,200-mile journey of 1.5 million wildebeest and 200,000 zebras, all of which are chasing the rains. Meanwhile, predators are chasing the wildebeest and zebras. To that point, the chances of witnessing a lion kill are fairly high during the migration, if you think you can handle the sight of such a thing.

The best time to witness the migration in Tanzania is February to March at the start of the rainy season in the Serengeti. Not only can you see baby animals, but the predators are at the highest number, too. In June and July, the great migration hops over to Kenya’s Masai Mara and this is when you can witness Grumeti River crossings with crocodile-infested waters. 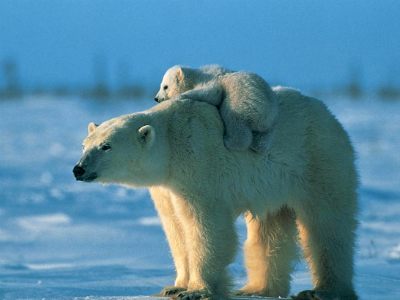 Indeed, this is an excursion that has grown immensely in popularity over the years. Sadly, however, as sea ice disappears due to climate change, the polar bear population diminishes. So this is a tour that should be respected and seen as a learning experience. There is no shortage of tour providers that offer polar bear excursions, some of which are done by aircraft while others are done via Tundra Rovers – specially designed vehicles that can navigate the icy terrain as well as provide safety from the bears.  Some tour options include the added bonus of Beluga whale sightings as well as other Alaskan wildlife. Others include a visit to Inupiat Eskimo village. But this type of vacation does not come cheap, so it’s best to gather as much information as possible before you commit to a trip. Churchill, Manitoba is known for a large number of bears as is Kaktovik, Alaska. Generally speaking, autumn is suggested as the best time for such a tour, particularly during the month of September.

Gorillas in the African Jungle 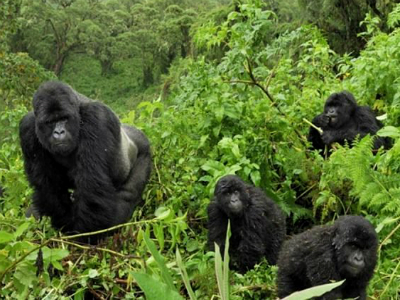 Spotting a wild gorilla might not rank high on our wildlife vacation list, but it’s definitely interesting. Sadly, it’s also rare. Only 700 gorillas remain in the world, all of them found in the border area between Rwanda, Uganda, and the Democratic Republic of the Congo. For this reason, lovers of wildlife see this opportunity as once in a lifetime and one that might disappear entirely if the human race isn’t more careful.

A guided gorilla tracking is an amazing and unforgettable way to spend the day. Though gorillas can be tracked all year long, the best time to visit Uganda or Rwanda is during the country’s two dry seasons: January and February and from June to September.

Manta Rays in the Maldives 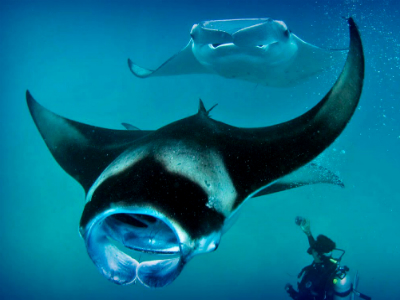 The Maldive Islands are the embodiment of paradise, with luxury resorts that have become a dream destination for most vacationers.  ut the waters of the Maldives are every bit as beautiful and interesting with coral reefs and deep channels that provide tremendous dive or snorkel experiences with giant whale sharks, reef sharks, and manta rays.  A diving excursion can take place anytime during the year, however, the areas frequented by these marine animals vary with the seasons. During the dry Northeast Monsoon season (January to April), manta rays and whale shark diving are best on the western side of the atolls, whereas during the Southeast Monsoon season, manta rays and whale sharks will typically be encountered near the eastern edge of the atolls. 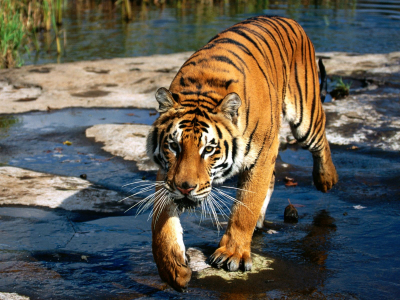 Ranthambore National Park is one of India’s last regions of wilderness. The park contains ruins of temples and an interesting 10th-century fort. There is plenty of exotic wildlife to observe, such as antelope, sambar deer, langur monkeys, and crocodiles, but the main reason people visit Ranthambore is to spot the magnificent Royal Bengal tiger. To increase your chances for an encounter with the tiger(s), make sure that you visit during the right season and be prepared to commit to more than one day of tiger tracking as this species is elusive. Most animals are seen at the end of the dry season, during the months of March, April, and May, when animals are in search of water. Be sure to pack warm clothes if visiting during the cooler winter.

Marine Life of South Florida and The Everglades 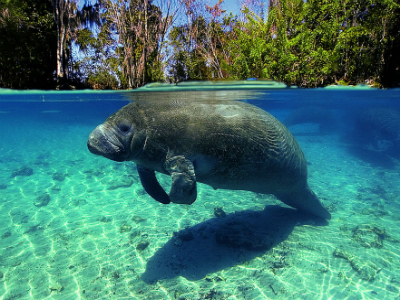 Perhaps of all of the travel ideas listed here, a trip to South Florida and The Everglades is the most cost-effective and can provide much in the way of wildlife encounters and thrills to last a lifetime. For starters, there is no shortage of tour operators offering airboat rides of The Everglades – a vast ecosystem that offers much in the way of flora and fauna. As an example, read our coverage of Gator Park.  It is here that tourists can see turtles, frogs, a variety of snakes, and, of course, alligators.  There are bobcats, deer, red fox, opossum, American crocodiles, and though chances are slim for a sighting, there is also the Florida panther.

The Everglades are a haven for indigenous and migratory birds, such as egrets, herons, eagles, osprey, white ibis, and vultures. Much of this wildlife continues southward into the Florida Keys, with the addition of iguanas, geckos, and pelicans that are easily seen throughout the archipelago, as well as Hawksbill turtles, Atlantic Ridley sea turtles, sawfish, tarpon, and West Indian manatees swimming throughout the mangroves. And it’s not uncommon to see dolphins make their way into the mangroves as well. Kayaking and paddleboarding through this region can offer an amazing, serene, and unforgettable experience. 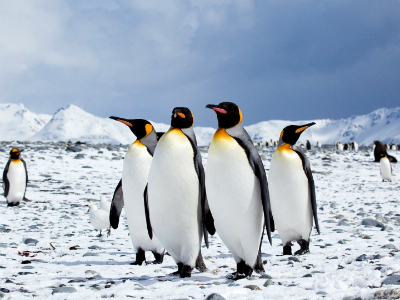 Antarctica is home to an extraordinary variety of amazing wildlife, attracting visitors wishing to see the majestic king penguin colonies, as well as seal colonies, whales, and albatrosses. Cruises to Antarctica operate from early November to late March.

There is no best time to go within this period, however, each month has unique characteristics. November is the courting season for penguins and seabirds. In December and January, the first seal pups and penguin chicks are born on the Falkland Islands, whales are starting to appear more frequently, and the days are at their longest. By February and March, whale sightings are their best.

Lovers of Wildlife can also consider a visit to the Australian Outback to see kangaroos, koalas, Tasmanian devils, crocodiles, and a variety of deadly snakes, or an EcoTour of Brazil to see parrots, monkeys, and jaguars. On US soil, travelers can opt for a trip to the Grand Canyon area, or Yellowstone Park’s Lamar Valley to see big game animals, such as elk and bison, which are plentiful, plus there is the distinct possibility of seeing a cougar or grizzly bear as well.  Or there is the option of an excursion to California’s Joshua Tree National Park, where bighorn sheep, bobcats, coyotes, mule deer, and mountain lions can be seen among a wide variety of rodents and reptiles.

Just remember that wherever you go, these beautiful and often endangered creatures are to be respected and cherished… and shot only with a camera.