Located in Buena Park, Southern California, Knott’s Berry Farm is a 160-acre park owned by Cedar Fair.  These are also the owners of Cedar Point in Sandusky, Ohio.   However, the park dates back to 1920 when the property was a berry farm owned by Walter Knott.  The park was a slow but sure development as Knott systemically transformed the farm into an attraction, building a ghost town as well as adding small rides and attractions designed to entertain travelers who stopped in to buy his berries, pies, and preserves, and eventually fried chicken dinners.  By 1968, Knott was charging admission.

Following Knott’s death, his children sold the amusement park to Cedar Fair, while the food aspect of the company traded hands a few times, eventually landing with Smucker’s, who – pardon the pun – ‘preserved’ the jams and jellies.   Cedar Fair then continued the expansion, adding a water park and more thrills rides to make the park competitive with others of its kind, as well as rival Disneyland in Anaheim, which is only a short 17-minute drive away.

Today, the park boasts ten roller coasters that range from child-friendly to downright scary. Among the most famous are the Boomerang back-and-forth coaster, the 4,553 foot-long GhostRider, and the fastest of all – Xcelerator at 82 mph. 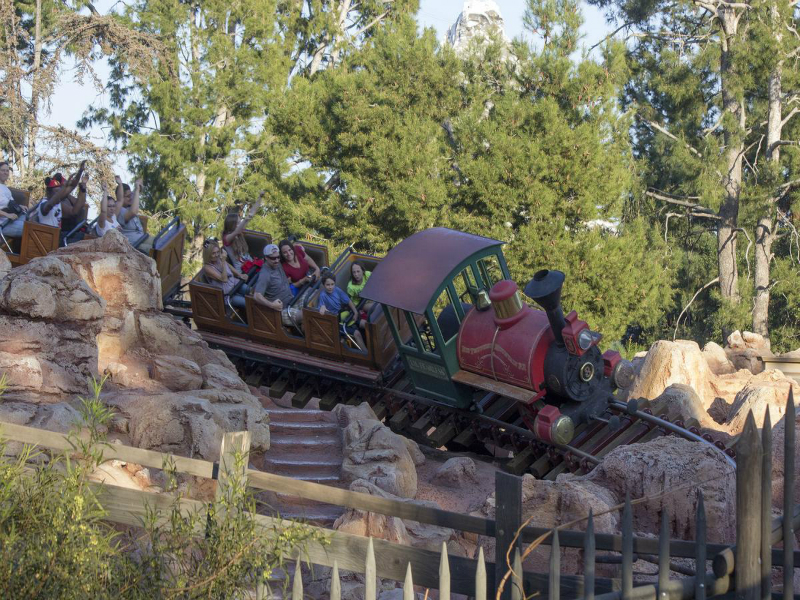 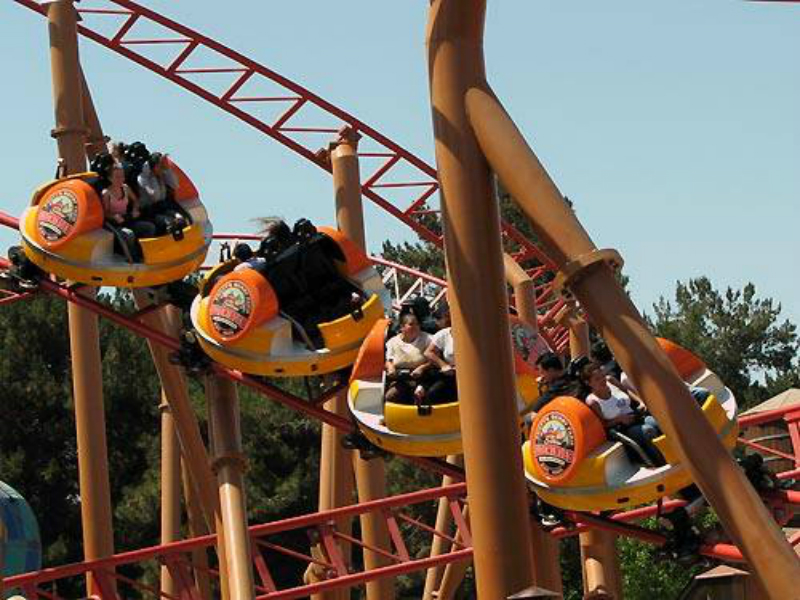 Knott’s Berry Farm claims many of the most gravity-defying rides in Southern California. La Revolución swings riders 120 degrees in both directions at a dizzying 64 feet.  Supreme Scream lifts riders 252 feet into the air and then… let’s go, dropping everyone straight to the ground at a weightless fall of 50 mph. Voyage to the Iron Reef, a spectacular new 4-D interactive ride invites guests to grab a freeze ray and join the battle to save Knott’s from the mysterious creatures that are emerging from the waters beneath the Boardwalk!

Looking for something a little more family-oriented, then try a relaxing ride aboard the Butterfield Stagecoach, which slows down the pace while offering a taste of the park’s history.  Waveswinger is Knott’s Berry Farm’s answer to a suspended swing ride, while Dragon’s Swing will rock you, not so gently, back and forth at heights that will rival a small coaster.  Wheeler Dealer Bumper Cars provide fun for the older kids who want to try their hand at driving.   Or, if cooling down is in order, KBF offers the Timber Mountain Log Ride as well as Bigfoot Rapids, both of which are sure to get you wet.  But if you’re looking for more of a splash, the park also features the Soak City Waterpark. 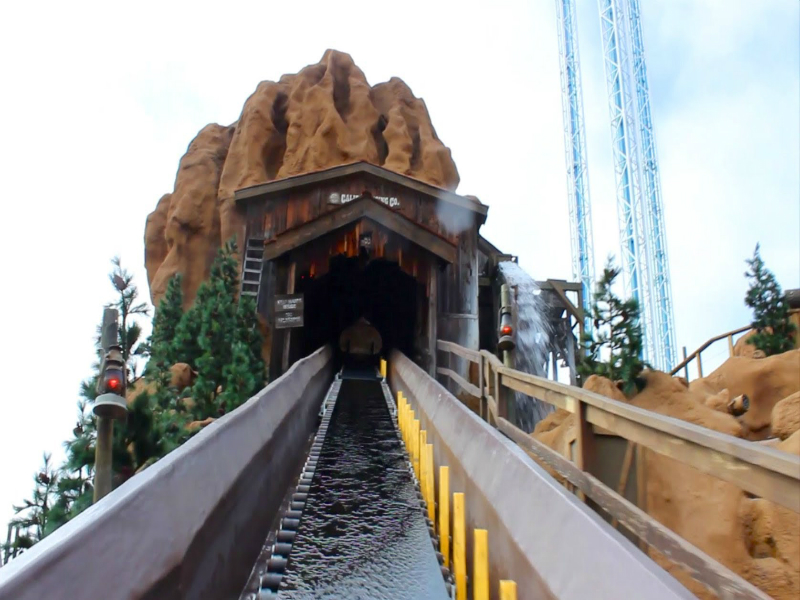 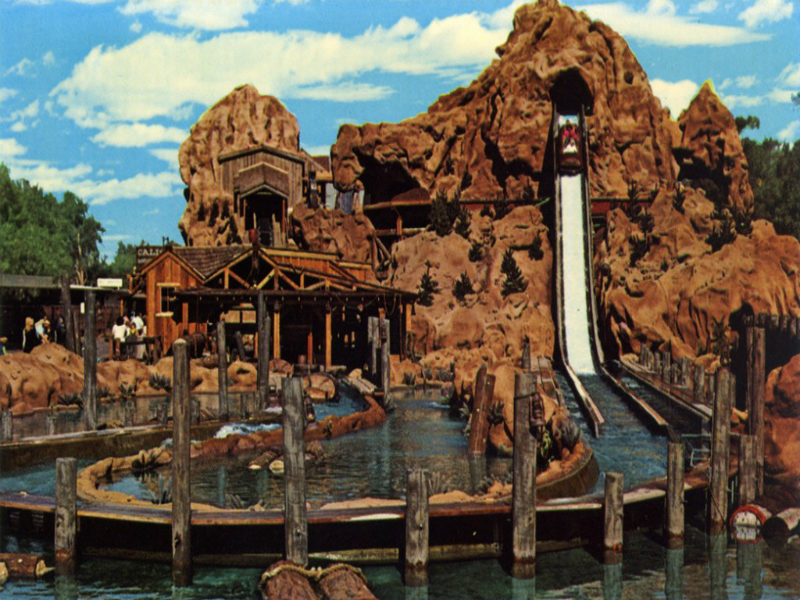 KBF also offers a number of slower and less intimidating rides that will keep young children happy and included in the fun.  But if they’re getting tired and can’t keep up, there’s Camp Snoopy to the rescue with babysitting services.

Yet, all of this is just a very small sampling of what’s available in the way of rides and thrills.  Like most theme parks, KBF offers Fast Lane passes to speed up your wait time for select popular rides. Purchasing tickets and fast passes online provides for substantial savings, especially when purchased 3 days in advance.   So it’s worthwhile to take a look at the website and do a little advance planning if you’re thinking of making the trip.

In addition to rides, Knott’s Berry Farm serves up plenty of live shows as well as some great dining and retail options, including Mr. Knott’s Chicken Diner which is a throwback to the fried chicken dinner that helped to start it all for Walter Knott, during the Great Depression.  And, as one would guess, the meal comes complete with a slice of boysenberry pie!  The famous preserves are available to take home from the Knott’s Berry Farm Marketplace.

Today, sections of the park include Fiesta Village, The Boardwalk, Camp Snoopy, and, of course, the Ghost Town, which is based on an actual ghost town in Calico, California, leftover from the silver strike. KBF’s Ghost Town hosts live demonstrations and live stage shows so if you’re looking to slow things down a little and take a break from the rides, this is a good place to spend some time. 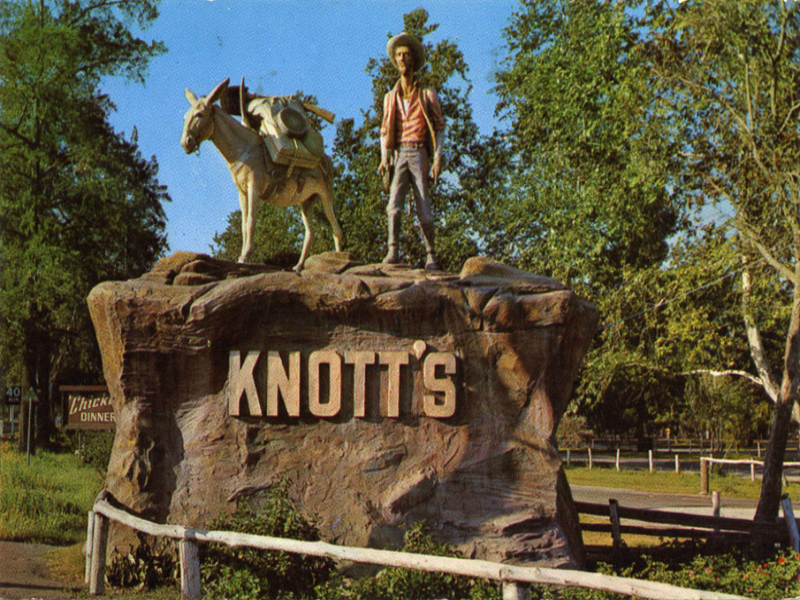 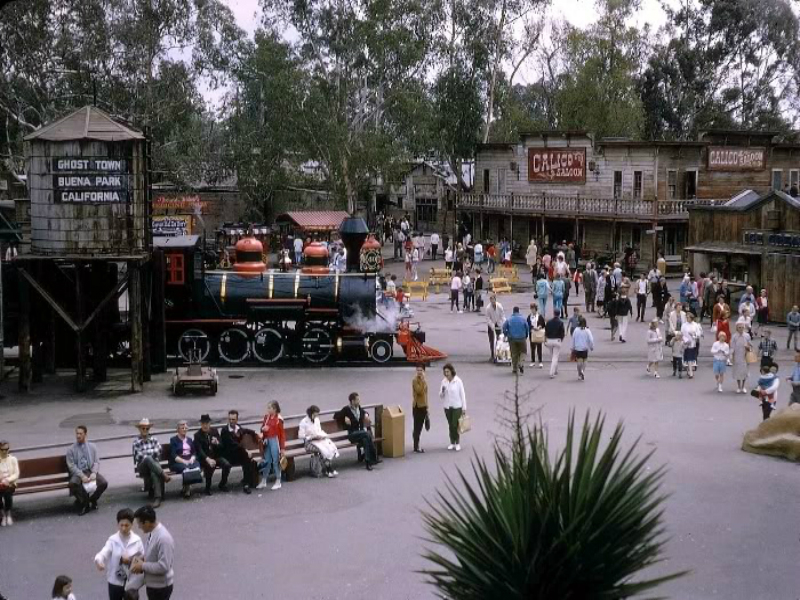 Lodging is available directly on-site at Knott’s Berry Farm Hotel, featuring 320 deluxe rooms, the convenience of park access, and the added bonus of discounted tickets. However, if you can’t get reservations there, rest assured there are plenty of other lodgings in the vicinity, including Courtyard, Days Inn, America’s Best, and the Radisson.

So many tourists assume that Disneyland in Anaheim is THE park to see when visiting California. But if you’re looking for nostalgia, character, and the kinds of rides you can only find at an amusement park, then you can’t beat Knott’s Berry Farm. It’s the 12th most visited theme park in North America, and that’s because it’s ‘berry’ good!