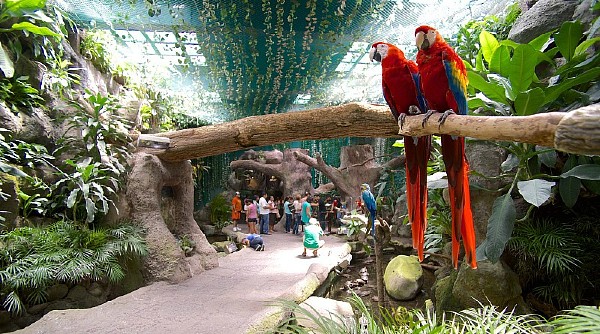 The Aquarium in Veracruz (known locally as Acuario de Veracruz) is one of the main attractions in the port.   The setup is similar to Ripley’s Aquarium and Sea World’s Shark Encounter but on a smaller and less striking scale.  Nevertheless, the walk through the halls is every bit as soothing as an abundance of marine life swims gracefully behind the plexiglass.

Though the aquarium opened two decades ago, it maintains its title as the best aquarium in Latin America, not only for its facilities but also because it keeps to the scientific and technological forefront. Like most aquariums these days, Veracruz takes flack from animal activists, which is a shame considering the facility promotes the preservation of the marine ecosystems and the care of the environment.

Throughout its eight rooms, every vibrant color of the rainbow is represented in the different species you will find there.

Nevertheless, this facility isn’t ALL about marine life.  The tour actually begins in a room that simulates “de ecosystem of the Los Tuxtlas Jungle”, where visitors can admire toucans, orchids, turtles, and even a boa constrictor.  The rainforest atmosphere is absolutely gorgeous and worthy of a million photos. 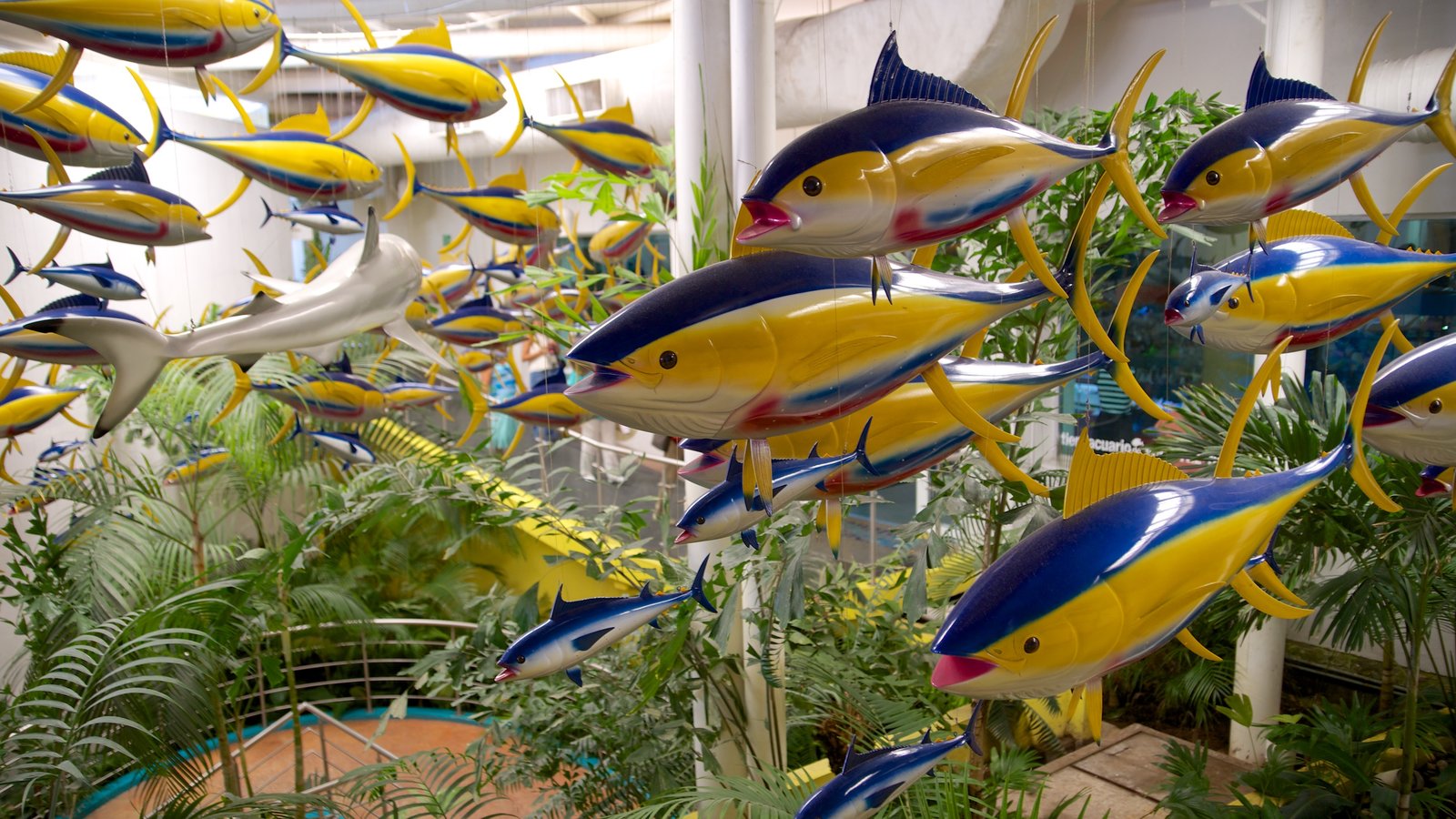 This trail is part of the Freshwater Gallery which includes 13 exhibits of Asian, African, South American, and Mexican species. In this gallery which depicts a cavernous setting, aquarium goers will see 30 different species of fish such as the tambaquias, pacus, red-tailed catfish, jackknife fish, African cichlids, and many others in a tank holding an impressive 562,117 cubic liters of water.

Then, it’s onward to the Reef Fish Tank, which houses hundreds of colorful species from the reefs of Veracruz, the Red Sea, and the Pacific Ocean. Included are the not-so-pretty but always intriguing moray eels, delicate seahorses, and adorable clownfish, which are becoming scarce due in part to the Disney movie ‘Finding Nemo’ and children wanting to own fish of that species.

And, like most aquariums of this particular layout, you will find a more intense exhibit featured in the shark tank, where 2+ dozen of these amazing creatures swim all around the visitor tunnel.  If you happen to be at the aquarium at the right time, you might even be lucky enough to witness feeding time with divers in the tank. Due to its circular design, you can tour the Reef Fish Tank in a natural way, following the movement of the fish and stingrays found there.

Further ahead, visitors will happen upon the Manatee Tank, an odd specimen of marine life that resembles a massive blob, but their sweet faces are indicative of their docile nature as they are undoubtedly one of the friendliest creatures in the water.  Watch as they feed on cabbage. Currently, the aquarium has nine species of manatee, which have successfully bred in captivity.

The aquarium has an interactive area where visitors can get up close and personal with some of the species they have just witnessed in the aquarium.  This area is designed to educate people on the importance of respect and preservation.  There is also a dolphinarium on site. And finally, like most attractions throughout the world, the Veracruz Aquarium ends with a gift shop that allows guests to take home a souvenir of their visit.

However, if all of that isn’t enough for you and you’re ready for a thrill, the aquarium offers a shark feeding experience, where participants are outfitted in scuba gear and submerged in a tank with an opening just large enough to push a fish through to a hungry predator.  Surprisingly, this encounter allows for children to participate.  Nothing says up close and personal more than this unique interactive experience.  The cost associated with this is rather high, as one would expect, but it includes admission to the aquarium.

If you’re visiting Veracruz, Mexico anytime soon, we recommend that you take the time to visit the aquarium for an experience that is both fun and educational.