When it comes to real estate, the saying is – Location, Location, Location!  With this in mind, read on for our review of Loews Hotel West Hollywood. The property is located at the intersection of Hollywood and Highland and is surrounded by a multitude of significant Los Angeles tourist attractions and landmarks.

From the Walk of Fame to the Dolby Theater (home of the Academy Awards), and from the Hollywood & Highland Center shopping complex to TCL Theater (formerly Mann’s Chinese Theater, home to many a Hollywood premiere), this Hollywood Boulevard intersection undoubtedly is a huge draw for tourists.  The renowned Magic Castle sits a mere stone’s throw away, and the prominent Hollywood on the Hill sign can be clearly seen from here.  With star-studded events in the area, as well as a busy nightclub, a celeb bowling alley called Lucky Strike, Ripley’s Museum, and the famed Roosevelt Hotel, it’s a very busy intersection.  Not to mention that plenty of tour companies and souvenir shops are set up in and around this area, as are numerous costumed characters on the street for photo purposes.  So it’s no wonder this section of LA is considered to be one of the most visited and photographed in the world and it only makes sense to place a hotel here.

This property was constructed in 1972 as a Holiday Inn and eventually became The Renaissance Hotel.  It was decorated in a retro 60’s theme with eye-popping colors and ultra-modern furniture and bathroom fixtures that favored fashion over function.  As a result, there wasn’t much space to store your luggage and belongings within the already-cramped rooms. 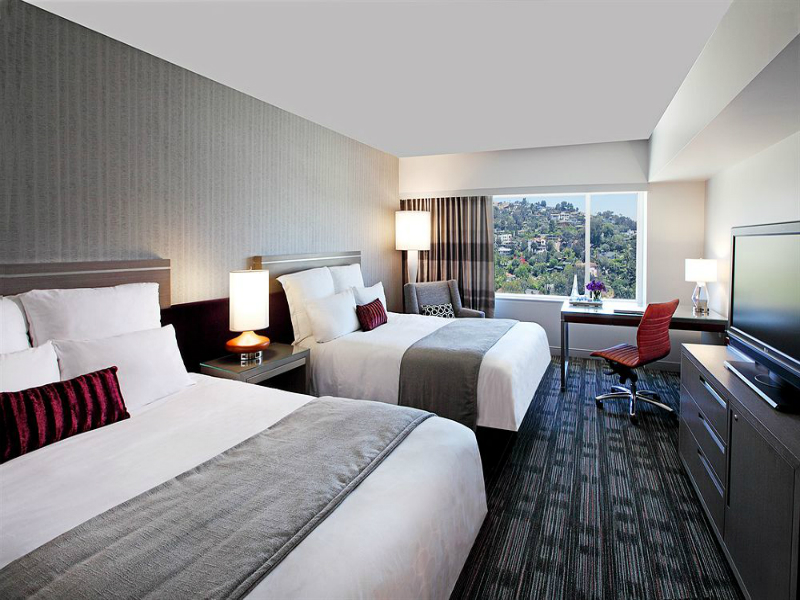 Loews Standard Room with a view of the Hollywood Hills 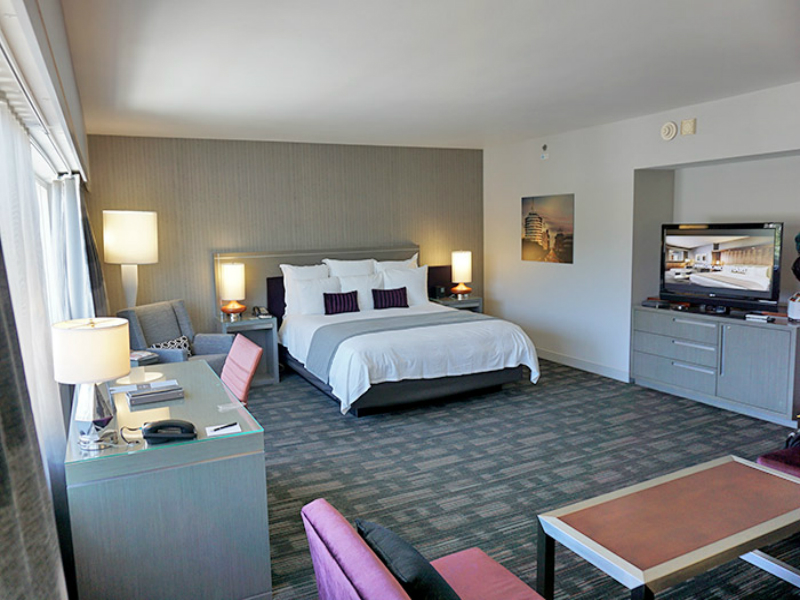 Upon the acquisition by Loews in 2012, the hotel received a makeover that opted for better furniture choices and a monochromatic decor, producing cleaner lines and more space.  Having visited the hotel as the Renaissance and again as Loews, we can attest to the fact that the lack of space has been addressed.

To combat the problem of space even further, as well as produce alternative accommodations for guests, Loews created suites that start at 625 square feet and reach a whopping 3,594 square feet. Some of the one-of-a-kind suite options are truly indicative of Hollywood excess; for example, The Producer’s Suite with a rooftop terrace for amazing 360-degree views, motorized blackout drapes, a baby grand piano, and a steam shower.

Rooms rates fluctuate depending on the season and potential high-profile events in the area, and further increase or decrease depending on the room or suite you choose. Rooms are modern, clean, and comfortable, with flat-screen televisions and convenient USB ports built into the furniture.  And free Wi-Fi is conveniently available throughout the hotel. However, as nice as the rooms may be, and despite the iconic view of the Hollywood sign (available in select rooms only), there isn’t much else in the way of amenities, not only in the standard rooms but also in the lower end suites. 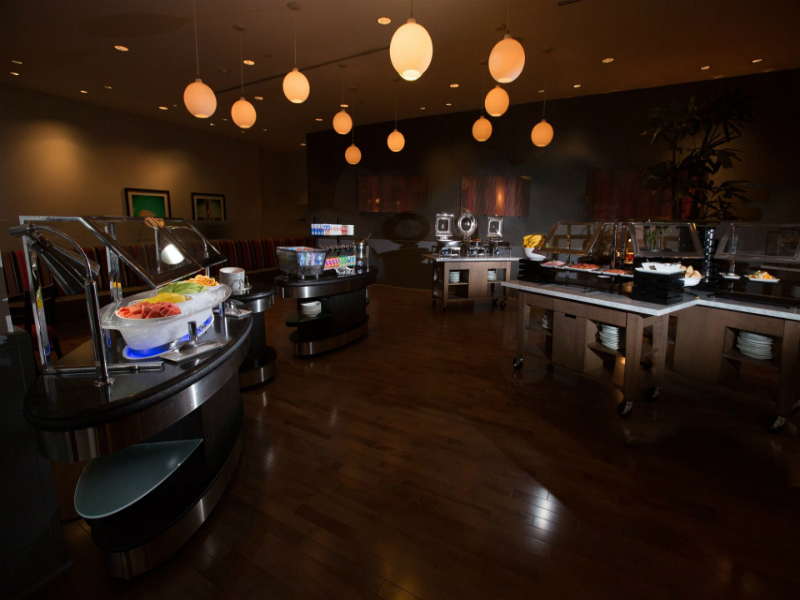 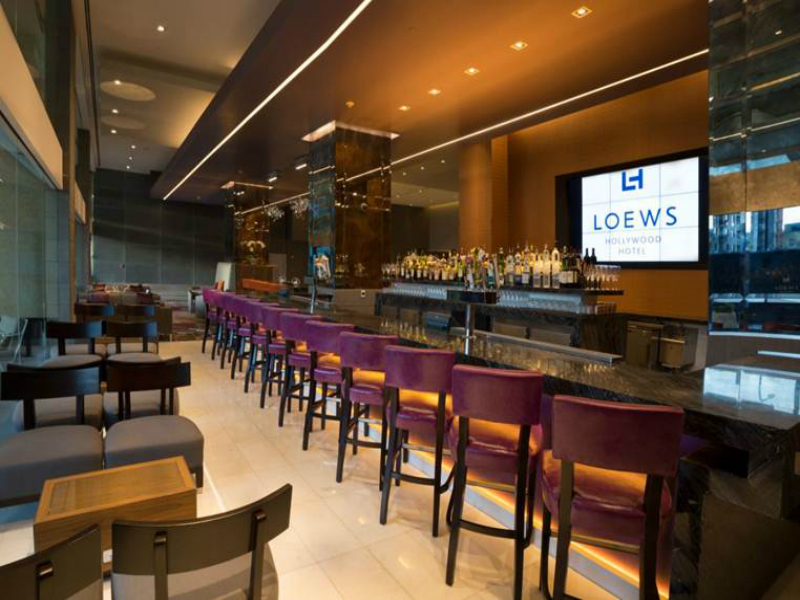 On the whole, the hotel is sparse when it comes to services.  The property has pretty much retained the set-up of the Renaissance but with different decor. As such, no significant additions have been made. There is still only one bar/lounge serving limited menu items along with one restaurant, called Prestons, serving breakfast and lunch. However, there is nothing available for dinner so if you’re staying at this hotel, prepare to go out. Luckily, the Hollywood and Highland Center has plenty of restaurant options if you don’t want to venture too far from the hotel.  And there is a multitude of options if you feel like going out.

As is common with most hotels, there is a small but handy business center and a fitness center, as well as facilities for meetings and receptions.  There is also a lovely spa and a customary yet visually pleasing outdoor pool and sundeck.  Perhaps different from most hotels, this one is located on the fifth floor, overlooking the Hollywood and Highland shopping concourse (LA adores rooftop pools).

In essence, Lowes Hollywood is a standard hotel with standard features – unless, of course, you opt for a high-end suite.  But given the rates for those suites, it’s a safe bet they are out of reach for most tourists. 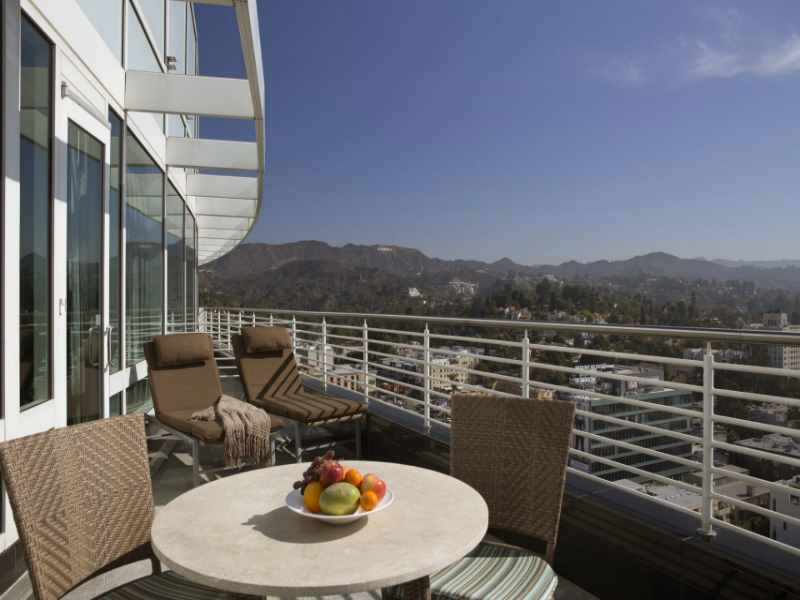 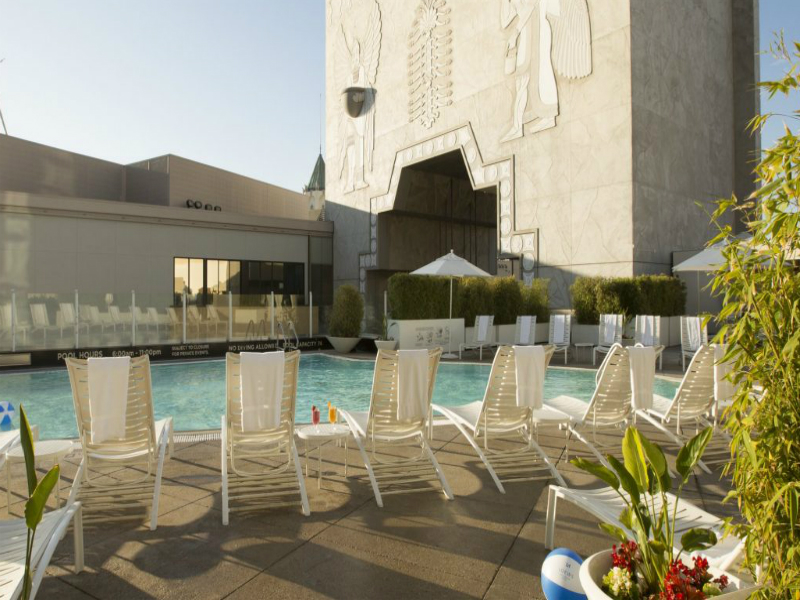 Drawbacks include slow elevators, slow bellhops, and slow valet service, all of which are due to the sheer volume of guests and their constant coming and going in such a busy locale.  To that end, it is recommended that guests allow at least 20 minutes for their vehicles to be retrieved when using the valet service, which in itself can become frustrating not to mention expensive (for tipping) depending on the length of your stay.

Bottom line, this is a clean, comfortable, and very pleasant hotel with just enough extras to provide convenience.  Undoubtedly: however, the big draw here is the location.  You can’t beat it!  It’s perfect for tourists and for travelers with business in the area.

Favorite 5 Things To Do in Barbados

Exploring the Cliffs of Moher with Paddywagon Tours – Ireland