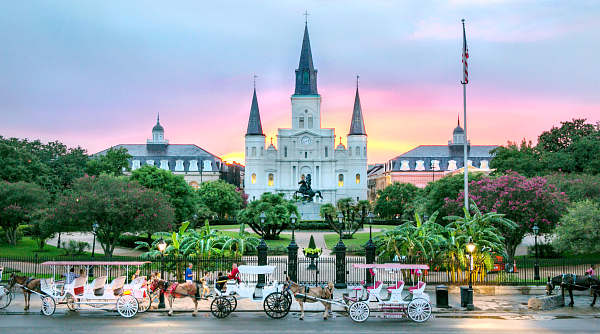 Top 10 Things to do in New Orleans — with video

New Orleans is a vibrant city in Louisiana with a rich history, distinctive jazz music, mouth-watering cuisine, supernatural roots, and the annual celebration, Mardi Gras. It is one of the most unique cities in all of the United States because of its multicultural and multilingual heritage. New Orleans has many nicknames, but people call it ‘The Big Easy’ due to the city’s laidback and easy-going nature. With so much to see and do, here are our picks for the top 10 things to do in New Orleans. 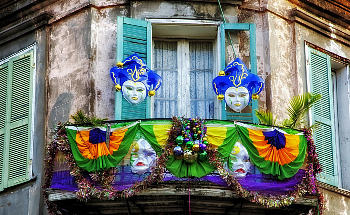 Although this famous celebration is seasonal, we’ve made it the #1 pick because so many tourists plan their visit around the festivities. However, it is important to note that Mardi Gras changes dates each year because it is connected to Easter, which also changes dates each year. Mardi Gras always falls exactly 47 days before Easter. However, the carnival season is much longer than just one day and always begins on January 6th with several weeks of festivities intensifying toward the main event.

Visitors can expect a lively atmosphere with numerous parades, masked parties, live music, costumes, and plenty of booze and beads. 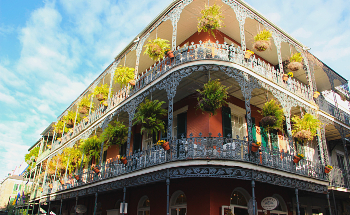 The French Quarter, called the Crown Jewel of New Orleans, is a great place to get a feel for this lively city. It is jazzy, mysterious, quirky, and fun, with people playing live music up and down the streets, modern boutiques, and bars serving artisan cocktails. You can also find Bourbon Street, which spans 13 blocks in the heart of the French Quarter.

Bourbon Street is home to many iconic spots in New Orleans. Like the opulent Royal Sonesta Hotel, which dates back to when the city was founded in 1718. 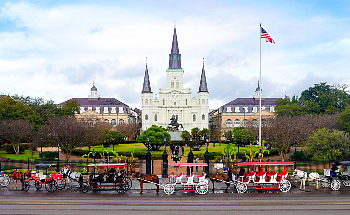 Known as one of New Orleans’s most cherished and well-known locations, Jackson Square is a beautiful park where you can feel the energy that courses through this fascinating city. The square has a rich and dark history; it’s no wonder it attracts locals and tourists. It was the place where people were executed in the 18th and early 19th centuries.

Before the 1815 Battle of New Orleans, this square was called Place d’Armes but was later renamed Jackson Square to honor the war general and eventual president, Andrew Jackson. Now the square is lined with cafés and restaurants, residential properties, and open-air artist colonies. 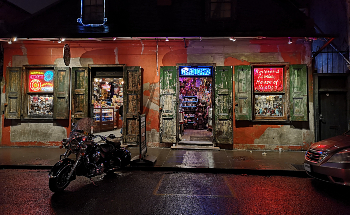 The historic Voodoo Museum entertains visitors by educating them on the rich history and culture surrounding Voodoo in New Orleans. With its purpose to preserve the legacy of Voodoo in the city, it has been open since 1972. Once inside and touring the museum, visitors will see historic Voodoo relics, art, and other related items.

Small but mighty, this museum is just two rooms and a hallway jam-packed with artifacts and is well worth the visit. The museum also offers tours of nearby cemeteries and facilitates psychic readings, rituals, or ceremonies for guests. 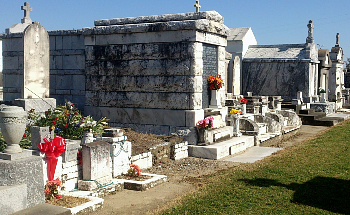 There is a supernatural air about New Orleans, given its deep history of Voodoo, historic tombs, and stories of vampires living in the city. All of this is best explored with a tour of the cemeteries, with St. Louis No.1 on Basin Street being the city’s oldest boneyard. New Orleans is built below sea level so the dearly departed are buried above ground in crypts, many of which are funky and other-worldly. Tour companies offer several types of cemetery explorations, including ghost tours, and include Voodoo Queen Marie Laveau’s grave and some of New Orleans’ most sinister figures.

– The Cemetery and Voodoo Walking Tour is perfect for the skeptics as it gives more insight into the history of Voodoo and takes guests to Voodoo Queen Marie Laveau’s grave.

– This Adults-Only Haunted Ghost Tour is an uncensored tour where the guide talks about some of New Orleans’ most sinister figures. 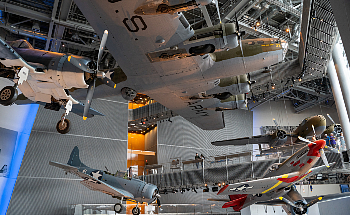 A historical museum that will keep more than just the history buff enthralled is the National World War II Museum. Rated the number two museum in the world and the number one attraction in New Orleans, this museum is a must-see. The National WWII Museum illuminates the American experience during the second world war – why it was fought, why winning was so important, and its impacts to this day. You will find the original D-Day exhibit, important historic artifacts, personal stories, WWII airplanes and tanks, and special temporary exhibits in the museum. 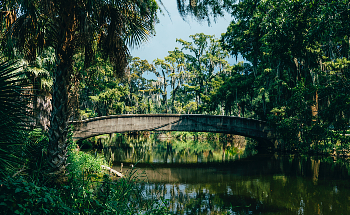 Just as magical as the city in which it sits, City Park is one of the oldest urban parks in the United States. There are several things to do in this 1,300-acre park, from having a quiet picnic to catching fish on the bayou to hiking on one of the many scenic walking trails.

City Park is home to many well-visited sites in New Orleans like the Botanical Garden, the Louisiana Children’s Museum, and Carousel Gardens Amusement Park. It has also been a popular spot for live musical performances, including The Beatles in September of 1964.

Mosey through the Museum of Art 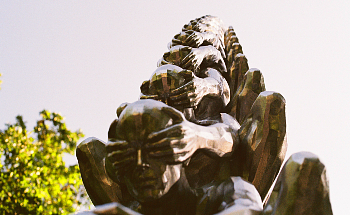 Located in City Park, the New Orleans Museum of Art is the oldest fine arts museum in the city. This gallery initially opened in 1911 and features 40,000 pieces of art spanning over 5,000 years. The museum has works from world-renowned artists like Picasso, Monet, Jackson Pollock, and Georgia O’Keefe.

NOMA features the Sydney and Walda Besthoff Sculpture Garden on the grounds.  This is a 12-acre gated garden featuring over 90 sculptures standing among pine and magnolia trees, lagoons, bridges, and walking trails. It’s a beautiful place to relax while admiring unique art installations. 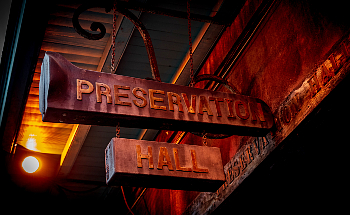 New Orleans has a rich musical history producing some of the world’s most notable jazz musicians like Louis Armstrong and Buddy Bolden.

Spending a night at a few jazz bars listening to the soulful and raspy crooning of brass instruments is a must when visiting this city. While there are jazz bars that line the streets of New Orleans, there are two that remain unmatched. The Spotted Cat is an intimate spot that serves authentic jazz – and affordable drinks. Preservation Hall is a historic venue that shows some of the most talented jazz musicians in New Orleans. 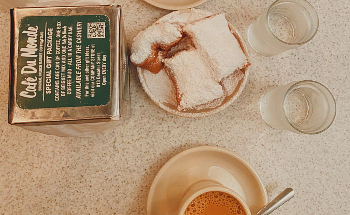 New Orleans is known for its many famous foods. As one of the culinary capitals of the U.S., the cuisine reflects the city’s original Creole, Cajun, and French roots. Gumbo, a Creole classic, is a flavorful stew made with okra, rice, and meats such as chicken, cured pork, or seafood.

There are many restaurants to choose from, but some of the best are Arnaud’s, a Creole restaurant serving gumbo since 1918, and Antoine’s, New Orleans’s oldest restaurant.

Beignets are New Orleans’s signature pastry. Deep-fried and sprinkled with confectioners’ sugar, the best place to get these tasty treats is at Café Du Monde.