Top 10 Things to do in Toronto – with video

As Canada’s largest urban city, Toronto is a vibrant hub of culture and activity. With so many attractions and unique neighborhoods representing Canada’s multicultural population, Toronto has no shortage of things to do all year round. Here are our Top 10.

⦿ To watch the video version of this article, visit our YouTube channel HERE and be sure to use the highest quality playback settings. Or, keep reading for valuable information and booking links. 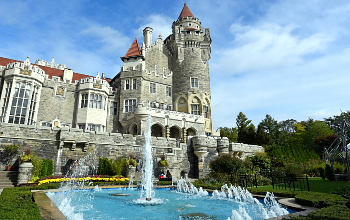 Of all the things Canada is known for, castles are far from the top of the list. However, sitting atop Davenport Hill overlooking downtown Toronto is Casa Loma, a century-old gothic revival chateau. The 65,000 square foot historic site is open daily for tours through 98 stunning rooms (including one that was decorated specifically for visits by the Queen Mother), an underground labyrinth, and outdoor gardens. Casa Loma also frequently features special events such as themed escape rooms, musical events, and exhibitions. You can also stop by for a meal at one of Casa Loma’s onsite restaurants and enjoy a glass of wine on the fanciest patio in the city, or dress up for a royal dining experience at the Blueblood Steakhouse. 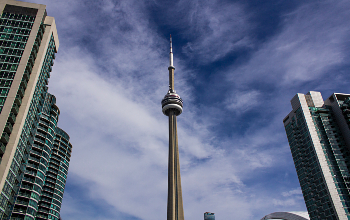 Once the tallest structure in the world, the CN Tower is the most iconic silhouette of the Toronto skyline. Standing at just over 550 metres (1800 feet), the architectural wonder offers a lot more than just the best views in the city. You can take the high-speed elevators up to the Skypod – the tower’s highest observation deck – and feel the building sway in the wind. If that isn’t enough of a thrill, you can actually participate in a Tower EdgeWalk where those who dare can walk along the outside edge of the main pod at 116 storeys above ground. The main observation deck also features a glass floor where you can look down from indoors, or enjoy a romantic meal at 360 The Restaurant while getting – you guessed it – a slowly rotating 360-degree view of Toronto. 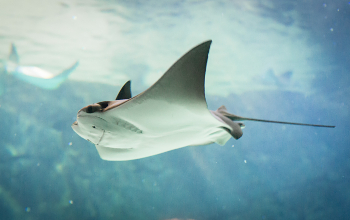 Located at the base of the CN Tower is Ripley’s Aquarium, an award-winning attraction featuring 20,000 aquatic animals. Also home to the longest underwater viewing tunnel in North America, the aquarium showcases both fresh and saltwater exhibits from around the world.

Pet a stingray in one of the numerous touch exhibits, take a picture with a giant neon jellyfish or brave a face-to-face encounter with a shark at this once-in-a-lifetime destination in the middle of the busy city. 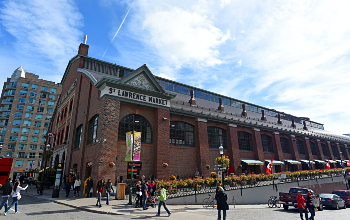 In the southeast end of the city, you’ll find some of Toronto’s oldest historical sites including St. Lawrence Market and the Distillery District. 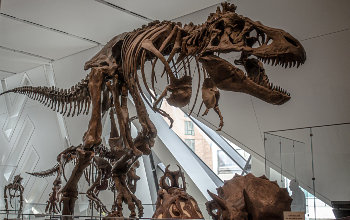 History and culture buffs will be happy to know there is no shortage of museums, some within walking distance of each other. The Royal Ontario Museum on Bloor Street features world-class galleries of artwork, cultural objects, and natural history. Just down the street is the shoe lovers’ dream at the Bata Shoe Museum, where you’ll find a regular display of over a thousand shoes and related artifacts plus frequent special events and exhibitions. A short distance away, the Art Gallery of Ontario is one of the largest art galleries in North America. Explore the vast collection of pieces from contemporary to classic for free every Wednesday night from 6-9 pm, or plan a visit to a featured exhibition.  There is also the Gardiner Museum, Aga Khan Museum, and the Hockey Hall of Fame which houses a vast collection of hockey memorabilia, including famous gear, league records, and the Stanley Cup. 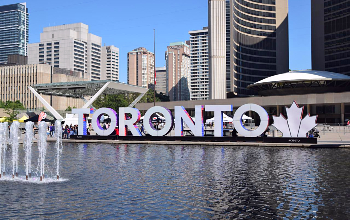 This urban plaza sits in front of Toronto City Hall and is the site of live concerts, art displays, public demonstrations, and a weekly farmer’s market. The square is home to big celebrations on Canada Day as well as New Year’s Eve. It is also the site of the infamous Toronto sign, which is located beside a large fountain and reflecting pool and is illuminated every night in bright colors.

During the winter months, the reflecting pool at Nathan Phillip’s Square is converted into an ice rink for outdoor skating and features a large Christmas tree for the holiday season. The square attracts an estimated 1.5 million visitors each year.

Hang out in High Park 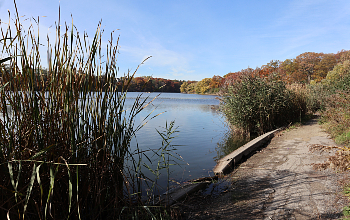 High Park offers 400 acres of green space just west of the downtown core, and there is no shortage of things to do here. Easily accessible by subway, the park offers multiple trails, gardens, playgrounds, eateries, picnic areas, and even a small zoo.

This is a perfect place to unwind and relax away from the hustle and bustle of the city without actually going too far. Depending on the time of year, you may find free events in the park or get to experience the blooming cherry trees which attract thousands of visitors each year. 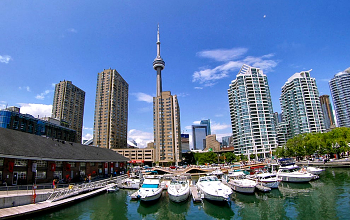 Located along the waterfront from Spadina to Yonge street, Toronto’s Harbourfront has grown over time to become a bustling spot all year round.

In the summertime, there is a constant flow of food and arts festivals, plus paddle boats and canoe rentals.

When the weather cools, year-round dance, theatre, and music performances continue on the World Stage. There is also an outdoor skating rink with a live DJ on Saturday nights in the wintertime. Toronto sports fans are one of a kind, well known for being some of the most loyal, fun, and friendly crowds in the world. At just about any time of the year, you can visit one of the city’s centrally-located stadiums to catch a game, whether it’s a hockey or basketball game at the Scotiabank Arena, a baseball game at the Rogers Centre, or a soccer match at the BMO Field. All games are easily accessible via public transportation and reasonably priced during the regular season, but we do recommend having a meal at a nearby restaurant first to avoid overpriced stadium eats. And if sports aren’t your thing, these same Toronto stadiums are frequently the main tour stop for some of the largest touring music acts in the world. 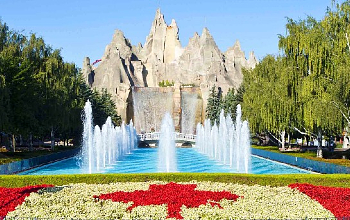 About 25 kilometers (16 miles) north of Toronto is Canada’s largest amusement park. Canada’s Wonderland also boasts the world’s second-largest number of rollercoasters, including Yukon Striker which was the world’s tallest, fastest, and longest dive coaster when it opened in 2019. In addition to 16 other amazing coasters, Wonderland features a 20-acre waterpark, a just-for-kids section with over 20 kid-friendly rides, and off-season events including the Halloween Haunt and Winterfest. The regular season is open from May to October, with special events lasting until late December.

Bonus: Summertime in the City 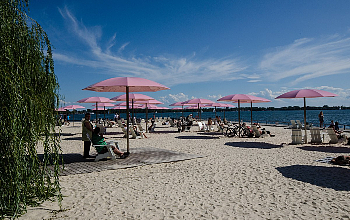 Toronto summers may be short, but there is no lack of things to do when the weather is warm. One popular destination is Toronto Island, just a short ferry ride away from the shoreline. Here you can visit family-friendly Centre Island, with lots of children’s activities including Centreville Amusement Park, a petting zoo, and a wading pool. On the far west side of the island is Hanlan’s Point, most famously known for the only clothing-optional beach in the city. If you prefer to forego the ferry for mainland beaches, you can lounge under an iconic pink umbrella at Sugar Beach or head east to the quaint neighborhood of The Beaches, where you can stroll along the boardwalk to dry off after taking a dip in Lake Ontario. And if you’re lucky enough to be in town during the last two weeks of August, you can visit the Canadian National Exhibition and have a fun-filled day of classic carnival rides, games, free concerts, a dog show, strange foods, and even a casino.

Pro Tips for Hiking in Switzerland