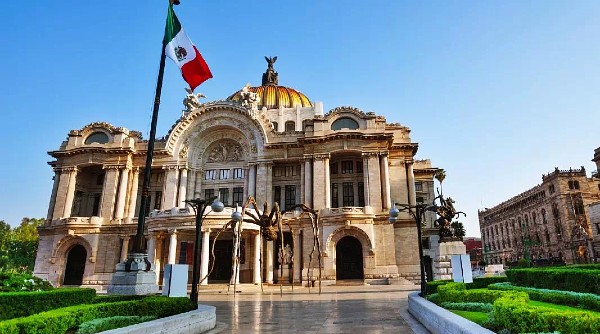 When most Canadians consider heading to Mexico, they think of beaches and resort life. While it is relaxing to chill out by the ocean for a week, for me, Mexico can be just as interesting inland. I suggest you try a few days in Mexico City for starters. It is one of the continent’s great cities.

When I visited with a friend, we were very lucky to get a great deal at a hotel in the central part of the city, the Grand Hotel Ciudad de Mexico. Its Tiffany glass ceiling is stunning and can be viewed whether you stay there or not. At night, you can head up to the roof bar to get a terrific view of the lights over the Zocalo, the central square of the city. 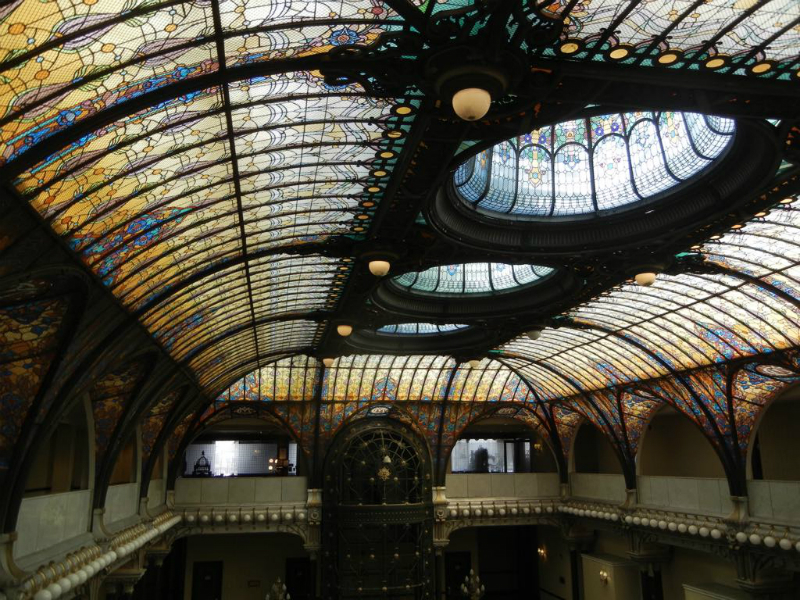 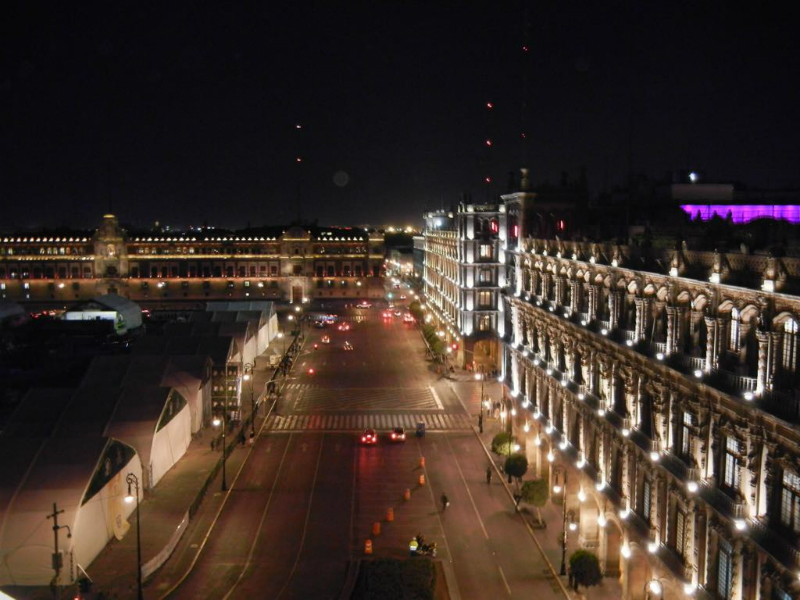 View of the Zocalo at night

On the east side of the Zocalo is the Palacio National wherein colorful and intricate murals by Diego Rivera depicting the history of the country. Local guides will walk you around, explaining the images.

We took advantage of the wisdom of a gentleman named Hugo, who afterward, took us to other attractions nearby. There are archaeological digs worth seeing, and most notably, the cathedral (Catedral Metropolitana). It is very elaborate but what I remember most about it is that it is sinking slowly (as is the entire city.) 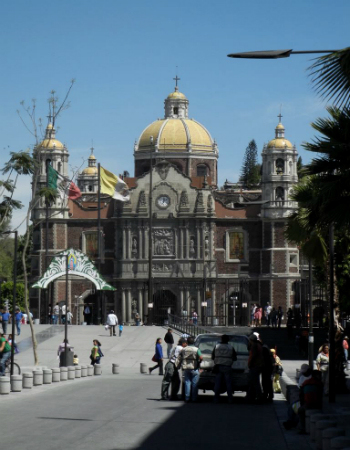 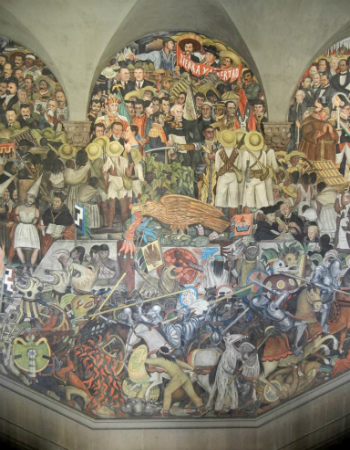 The next day, we discovered that Mexico City’s transit system is quite user-friendly, with separate cars for women to add to our comfort level. On our second day there, we headed to the Coyoacan District for a self-guided walking tour we had downloaded from the Internet.

We visited a Saturday street market, Diego Rivera’s studio, and eventually, Frida Kahlo’s Blue House, which is now a museum. Along the way, there were charming sights and good restaurants to attract us. 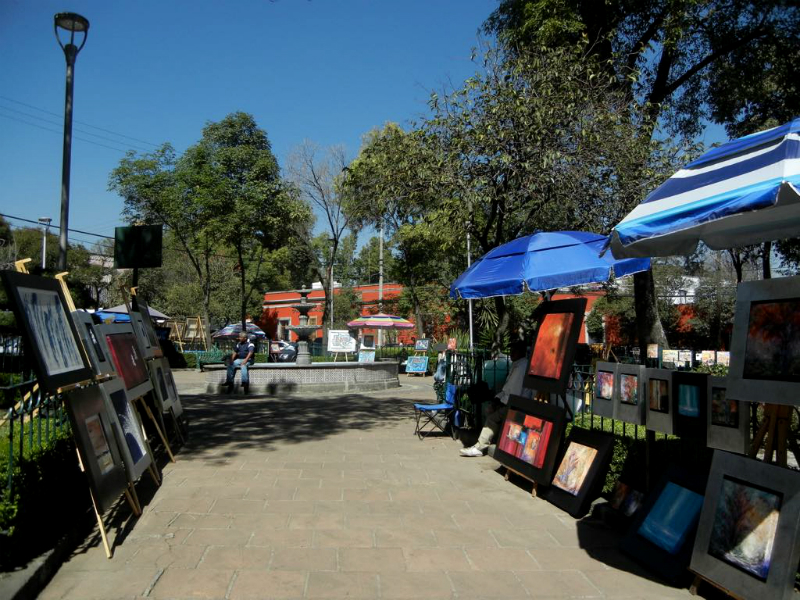 Perhaps the greatest must-see in Mexico City is its world-renowned Anthropological Museum. If you are curious about the many aboriginal cultures that make up Mexico, you could spend a whole day here. We loved the place!

It is located in the Bosque de Chapultapec, a park that also houses a Castillo (castle) which the Spanish governors built when they ruled over the country. It is like a piece of Europe transported to North America. 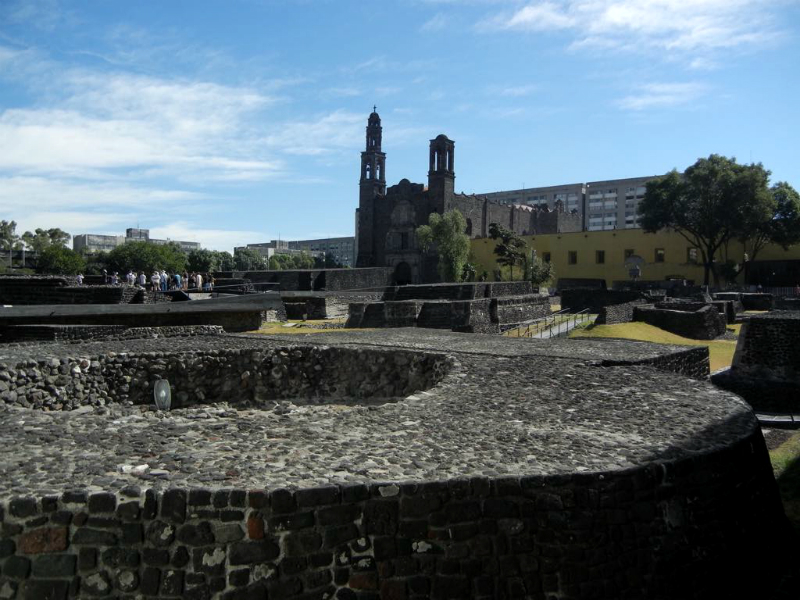 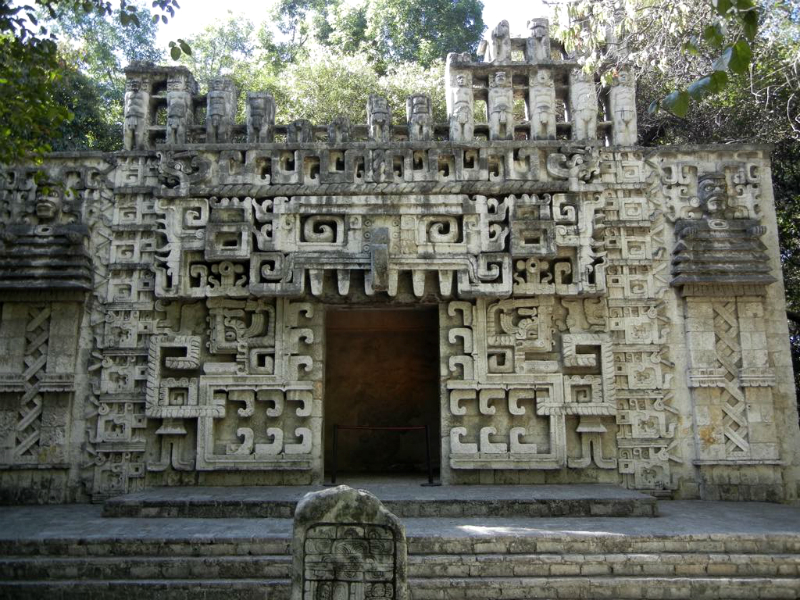 Aztec architecture at the Archeological Museum

The next day, we explored other periods of Mexican history, as we took a day trip to Guadalupe and Teotihuacan, both well worth visiting. On the way, we stopped at Tlatelolco, known also as the Plaza de les Tres Culturas, an Aztec marketplace. As is so common in Mexico City, layers of civilization are clearly apparent at this site. Ancient ruins stand beside a Spanish church, while close by is a plaque commemorating the death of 1 000 Mexicans in 1968.

Guadalupe is a shrine sacred to devout Catholics. Here pilgrims come to seek blessings from Mexico’s indigenous saint, Our Lady of Guadalupe. There are two churches on the site: the older one, like Mexico City’s cathedral, is sinking and has become somewhat unstable, while the new one, very modern, was packed with worshippers attending Mass.

The highlight of the day, Teotihuacan is a wonderful, extensive Aztec City that once housed some 200,000 people. The pyramids of the sun and the moon are worth the climb to the top. 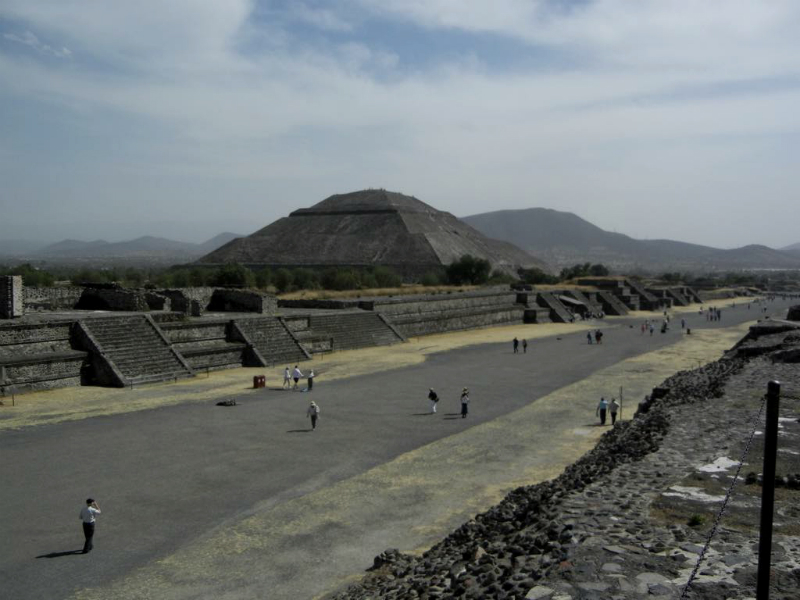 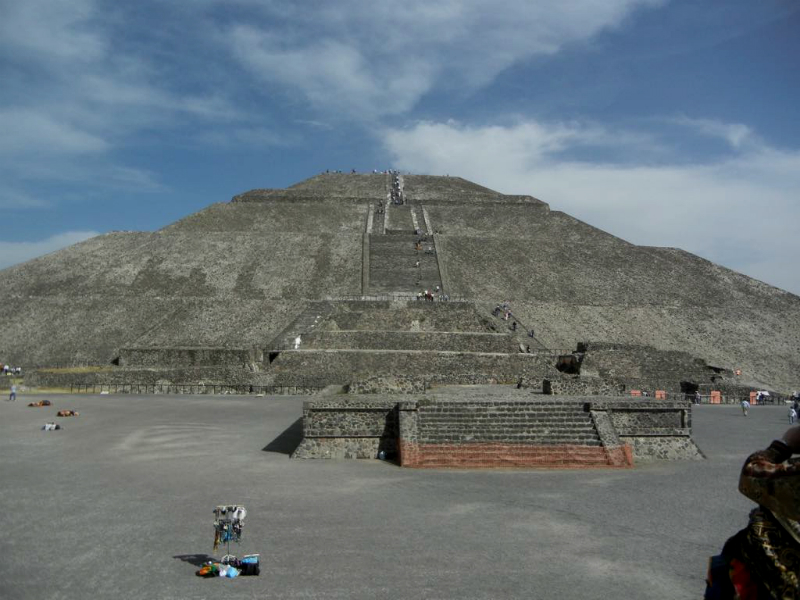 Teotihuacan – The Pyramid of the Sun

During our four days in Mexico City, we tried a variety of local cuisine. Mexican food is much more than tacos and guacamole. Find a good restaurant and try mole (a chocolate sauce) or pozole (a pork stew); you will not be disappointed.

This is just a small sample of what this great city has to offer. We only had a few days there but could have spent a week.

What to Expect at TRS Yucatan Hotel – Riviera Maya