Situated 1,000 km off the coast of Ecuador, in the Pacific Ocean, the volcanic archipelago of the Galapagos Islands presents a rugged and wild landscape that hosts some of the most unique wildlife on the planet. The landscapes of the islands vary dramatically, running the gamut of rocky and barren to tropical and lush. The terrain was determined when the island in question was formed: younger islands on the east tend to be craggy, while those to the west are rich and green,  especially where vegetation has triumphed over the volcanic rock.

There’s no doubt the Galapagos are among the world’s most fascinating destinations, so it stands to reason that adventure travelers are opting for this destination more and more.  But the dilemma most visitors face when planning an itinerary is whether to travel east or west.  While the eastern route offers more in the way of human residency, the western route is more remote. However, the differences go much further than this so here is a general breakdown. 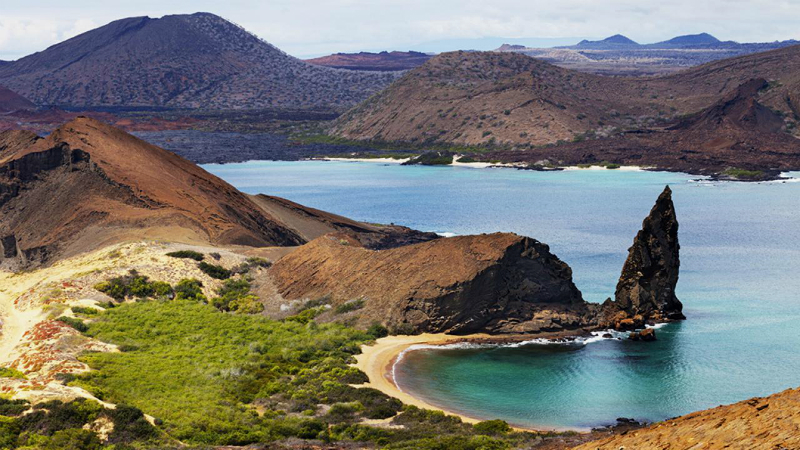 Baltra Island: This location offers one of two international airports in the region so almost all itineraries start here.

Santa Cruz Island:  As one of the most inhabited islands, this Galapagos island includes the town of Puerto Ayora, in addition to the famous Charles Darwin Research Station.

Floreana Island: Sites of interest on this island encompass the Highlands, Punta Cormorant, the Post Office Bay, and Devil’s Crown, as well as the Gardner Islets, and The Bottle. 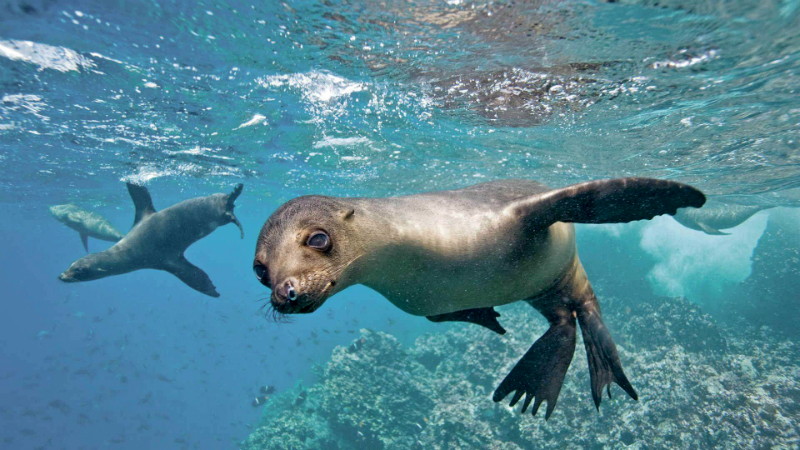 Baltra Island: Commencing at Baltra Island is the same as starting on the Eastern Course.

Genovesa Island:  This is an extinct shield volcano whose volcanic crater has been flooded by the sea. Genovesa has become known as ‘bird island’ given that it is home to some of the most extraordinary birds in the Galapagos. Sites of interest include Darwin Bay and the Prince Phillips Steps. Visitors have the ability to hike to a lookout on this island or snorkel around Pinnacle Rock.

Isabela Island: Isabela is the largest island in the Galapagos and hosts such sites as Elizabeth Bay and Tagus Cove. Visitors can hike to the rim of the Sierra Negra volcanic crater, or visit the Tortoise Breeding Centre.

Fernandina Island: This is the youngest island in the Galapagos with lava fields and an abundance of sea lions and marine iguanas.

With a few small exceptions, both routes offer a majority of the same wildlife; however, heading east presents more of a chance to swim with sea lions and relax on immaculate beaches.  Meanwhile, if the earth — the origin and its structure are of interest to you, consider the western course.

Travelers also might want to include a stop at Santa Fe for sea turtles, sea lions, and shark sightings, or a trip to North Seymour for more wildlife experiences.

The bottom line is, there is no ‘best’ route here; it’s a win-win no matter which course visitors choose to experience because they will return home with memories to last a lifetime.