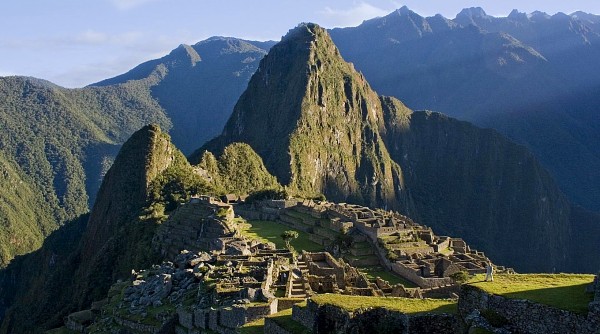 Embedded within a tropical mountain forest, at the juncture of the Andes Mountains and the Amazon Basin, the historic sanctuary of Machu Picchu is the most significant legacy of the Inca civilization. Recognized for outstanding cultural and natural values, this UNESCO World Heritage property covers 32,592 hectares of mountain slopes, peaks, and valleys surrounding the spectacular archaeological monument of La Ciudadela (the Citadel) at more than 2,400 meters above sea level.

Built in the fifteenth century, and enmeshed in a rich diversity of flora and fauna, it was an extraordinary urban creation of the Inca Empire. Its giant walls, terraces, and ramps seem as if they were cut naturally in the continuous rock escarpments. However, Machu Picchu was abandoned when the Inca Empire was conquered by the Spaniards in the sixteenth century. It was not until 1911 that the archaeological site was made known to the outside world.

Approximately 200 structures are contained in this religious, ceremonial, and agricultural center which is set on a steep ridge of stone terraces.  The region is divided into lower and upper parts, separating farming from residential areas. To this day, many of Machu Picchu’s mysteries remain unresolved, which is part of the reason so many tourists are drawn to it.  Machu Picchu receives over half a million visitors a year via numerous tour companies and excursions that are available to tourists.

⦿ To watch our tour of Machu Picchu, visit our YouTube video HERE, and be sure to use the highest quality playback settings.

Top 10 Things to do in Los Cabos ⁠— with video

What to Expect at Hilton Rose Hall, Jamaica — with video