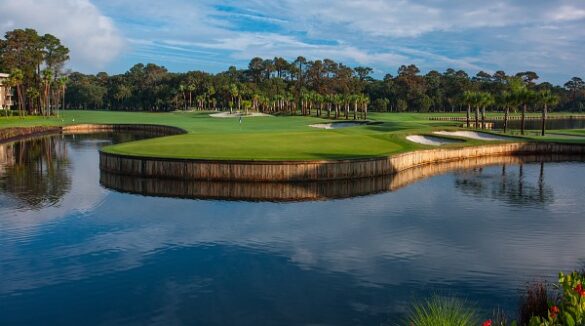 As if golf wasn’t a difficult enough pastime no matter where it’s played, South Carolina offers up some of the most difficult golf courses.

Indeed, there are masochists with clubs who seek out and attempt to tame the most challenging of courses – to test themselves and their games, or just to be able to say they survived those tests. South Carolina can accommodate these fearless fellows (and ladies) with some of the nation’s, and even the world’s toughest designs by some of the biggest (and most feared) architects.

Not convinced? The Ocean Course at Kiawah Island Resort, site of the 1991 Ryder Cup Matches and PGA Championship, both say the course is No. 1 in the world for the degree of difficulty. End of argument.

And the rest don’t come easy, as anyone with enough game and guts to take them on will discover when tackling these courses. 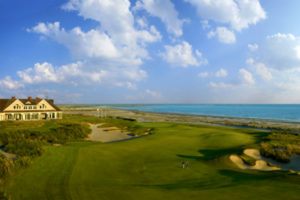 The world’s best players – those on the PGA Tour – long ago dubbed octogenarian architect Pete Dye “The Marquis de Sod” in honor of his wicked golf handiwork. Consider that Dye created eight of Golf Digest’s “America’s 50 Toughest Courses,” with this 1991 gem atop the list.

Besides a slope rating of 155 and course rating of 79.6 – the highest combination in the US, according to the US Golf Association – there are forced carries over marshland, waste bunkers galore, and wicked (but saltwater-tolerant) paspalum greens. After the Ryder Cup, players dubbed it “Looney Dunes,” and Dye was called back to “soften” his design. He did – a little bit – though the “soft” part escapes most players. Prepare to be embarrassed … and love every minute. 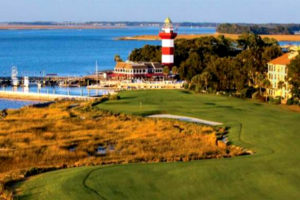 Designed by guess who (Dye in partnership with Jack Nicklaus, in 1969), the site of the annual RBC Heritage Presented by Boeing is proof that length is not necessary for a stern test.

“Placement is essential,” Sea Pines Vice President Cary Corbitt says of Harbour Town. “Trees frame the course, and you have to place your tee shot so you can get to the green without having to go over or around trees.” No wonder the PGA Tour’s players voted Harbour Town their second-favorite regular tournament site, after Augusta National. 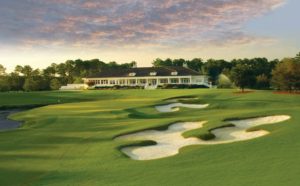 There’s a good reason that PGA Tour superstar Dustin Johnson based his eponymous golf school at this Tom Fazio-Lanny Wadkins design, and it’s not just because his Coastal Carolina University teams used it as a home base. TPC Myrtle Beach is the only five-star course (by Golf Digest) on the Grand Strand and features plenty of Lowcountry golf staples: marshes, rolling terrain, tight tree-lined corridors, sand, and water.

The toughest stretch begins at the 457-yard ninth hole, with a fairway that weaves around trees, water, and a huge bunker. No. 10 is no picnic, requiring accuracy to avoid a pond and bunker. And just when you breathe easy, here comes the 18th, the No. 2 handicap hole. 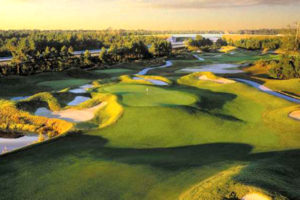 Getting tired of hearing that name (Dye) over and over? Get used to it; the man is alternately beloved and despised by players of all levels for creating brutal but intriguing golf courses. This is the crown jewel of the four-course Barefoot property, with a close challenge from the Fazio Course.

Golf Magazine writer Joe Passov has called the Barefoot Dye Course “the meanest track on the Grand Strand,” and when played from the tips is “a brute, with an Everest-like slope (rating) of 149. If the scattering of pot bunkers doesn’t get you, expect to be roughed up by the rugged quartet of par-3s … and the club-twisting rough and slick greens don’t make life any easier.” Enough said. 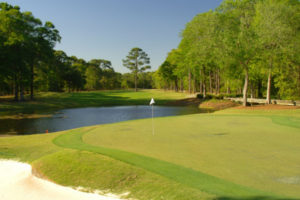 Jack Nicklaus has built hundreds of golf courses around the world, but those built in his “penal” period are, legend has it, courses he built that only a Nicklaus could play successfully. This is one of those.

Length isn’t the issue here; it’s the vast waste bunkers, acres of marshes, and greens that require high, soft-landing approach shots (a Nicklaus specialty back in the day). Typical of the demands is the par-3 13th (145 yards) – known as the “shortest par-5 on the Grand Strand” – and the par-4 16th (444 yards), which share a narrow double green isolated by salt marshes. Soon, you’ll be wondering if Jack has a personal dislike for you. 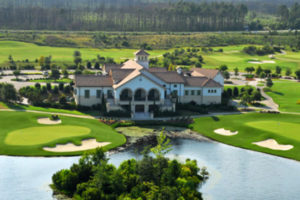 The second-oldest course on the Grand Strand (1947), this Robert Trent Jones design has NOT mellowed with age. Golf’s Passov, channeling Clint Eastwood, says The Dunes “offers a valuable lesson in knowing your limitations.

“For middle handicappers, this is the golf equivalent of a mugging,” Passov adds, citing “elevated and fiercely trapped greens” and “card-wreckers” such as the 430-yard, par-4 11th hole, and the “spirit-crushing” 590-yard, par-5 13th, aka “Waterloo,” which doglegs 110 degrees around Lake Singleton, then finishes at another elevated green. With age comes orneriness, it would seem. 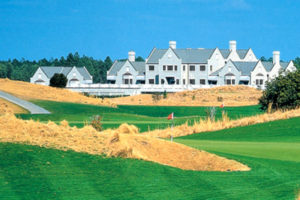 There are disputes as to which of the three Legends layouts is tougher: the Parkland Course by Tom Doak, which measures better than 300 yards longer than its sister courses and has at least two bunkers on every hole, or the Moorland Course (Heathland is the third). Here’s the tiebreaker: Moorland was designed and built by P.B. Dye, son of you-know-who.

The elder Dye pioneered the use of railroad ties to shore up waterside greens (and create dismay at players who ricocheted balls off said ties), and P.B. mimicked his dad. “There are more railroad ties than common sense on this jolting, brawny design,” writes Golf Digest, which ranks Moorland 37th most difficult in the US Even the short-ish 270-yard par-4 16th hole is so devilish, it has a hazard known as “Hell’s Half Acre.” 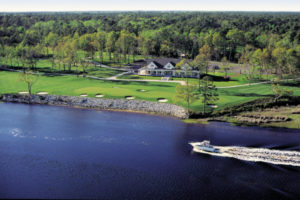 South Carolina native Clyde Johnston designed this gorgeous course on a spectacular piece of property along the Intracoastal Waterway, and its beauty can blind visitors to the fact that, with a slope rating of 145 (same as TPC Myrtle Beach), it’s just flat-out hard – especially its three-hole finish.

Water (a half-mile of the waterway surrounds the course) comes into play on 14 holes, and the wetlands area is also a standard hazard. The 16th and 17th holes feature large elevation changes, and the 18th – which shares a double green with the ninth hole – sits alongside the waterway, adding anxiety to that approach shot. 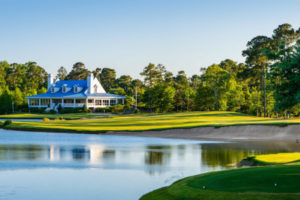 When architect Mike Strantz was building this course and its sister Caledonia Golf & Fish Club, early reviews went like this: “Caledonia is the pretty one; True Blue is the hard one.” While Caledonia has proved to be tough enough on its own, True Blue remains the more muscular of the two.

Voted among America’s top public/resort courses by Golf, Golfweek, and Golf Channel when it debuted, it remains one of the Grand Strand’s most sought-after tee times. But Strantz – a protégé of … yes, Pete Dye – created a course that, befitting his artist background, is both beautiful and punishing. Marsh, trees, sand … you get the picture. 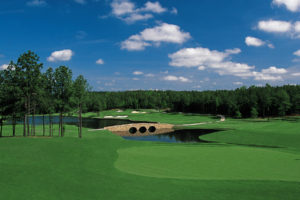 Just in case you thought there are no difficult courses away from the coast, Greenville architect Tom Jackson in 2000 carved this 27-hole bully out of rolling hills in western Aiken County, creating a layout deemed demanding enough to have hosted an LPGA Tour event from 2000-04. The pros don’t come anymore, but Mount Vintage remains a test for the best players.

Water and old-growth trees, plus the aforementioned elevation changes make this course a challenge. The Vintage nine (the original back nine before a third nine was added) has the most dramatic hills, with climbs or drops of 30 feet or more on eight holes. The course’s signature feature, Pavilion Lake, is the “Amen Corner” of Mount Vintage, incorporating a par-4, par-3, and par-5 around the water.