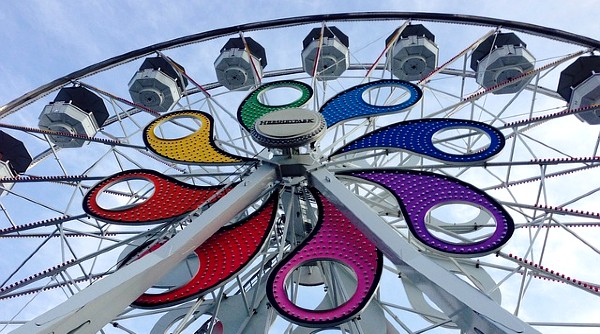 If theme parks are on your travel list of places to visit, try Hersheypark for a theme that’s based on chocolate. It’s located in the quaint town of Hershey, Pennsylvania, where chocolate mogul Milton S. Hershey set up shop in 1903.  It’s a family-friendly amusement park that sits among several other chocolate-related attractions, including but not limited to a museum, a zoo, a digitalized and animated version of the Hershey chocolate factory, and gardens that feature a butterfly conservatory. The theme park setup is much along the line of  Cedar Point in Ohio.

The park features an array of attractions, from kiddie rides to thrilling roller coasters and everything in-between as it gears its appeal to a wide range of visitors.  Like many parks these days, Hershey contains a large and impressive water park on the property that is included with the price of admission.  It is also comparable to other parks considering that ticket packages give guests the option of  One-Day, Late-Day, or Multi-days entry, or there are seasonal passes.  And like most parks, it offers a Fast Track Pass to reduce the amount of time spent in lineups.

There is also a large number of amenities onsite including several accommodations and restaurants, plus there are extra activities are available, thereby raising the game and turning the theme park into a popular vacation destination.  Staying onsite at Hershey’s campground or one of two hotels lends itself to perks that include discounted park tickets, early entry to the park, and complimentary shuttles to and from accommodations, among other things. 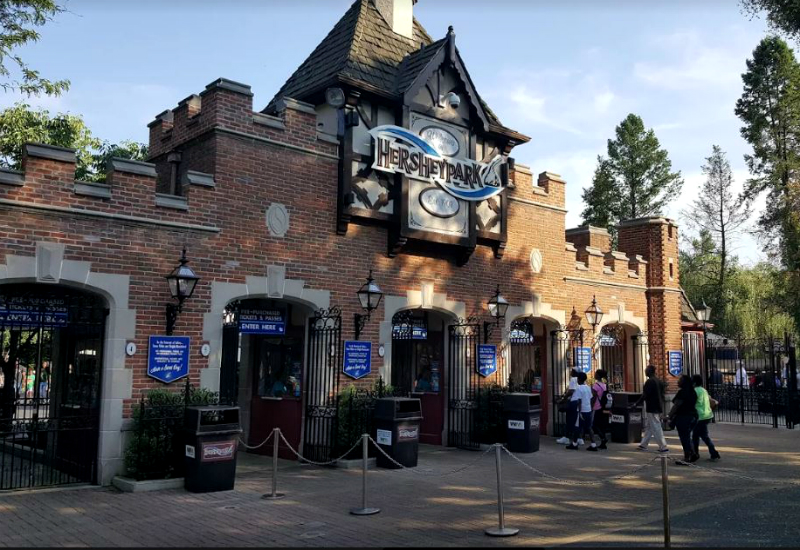 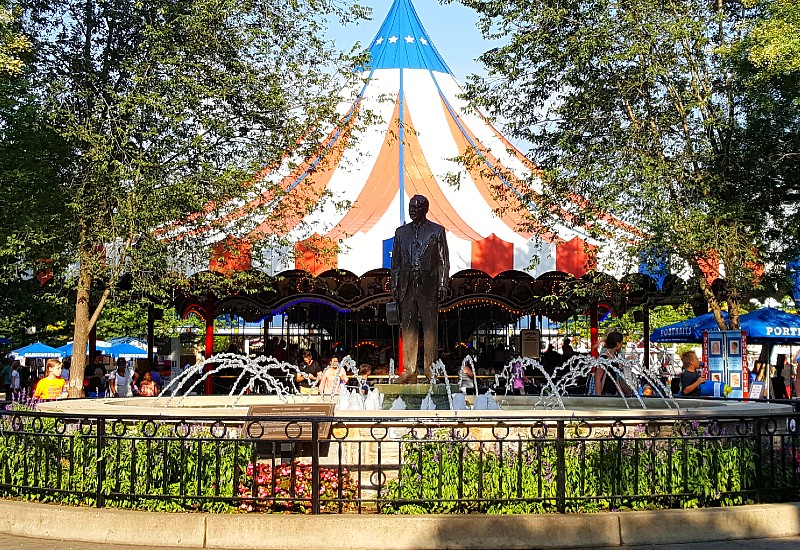 Despite that the park shows its age, it is undoubtedly neat and clean and contains a wide variety of games, eateries, and rides.  The recent installment is the Hershey Triple Tower — essentially 3 side-by-side drop towers of differing heights to appeal to various riders. Cleverly, the towers are named after Hershey’s most famous chocolate treats – Hershey’s Kisses Tower, the shortest at 80 feet tall; the Reese’s Tower, of moderate size at 131 feet tall, and Hersey’s Tower, the tallest at 189 feet tall.

Hershey characters stroll the grounds for photo opportunities, and a series of cute boutiques are gathered near the entrance/exit that sell T-shirts and other Hershey merchandise depicting the characters’ images.  Of course, lots of chocolate is available for purchase as well as several more sweet treats and iconic park foods such as funnel cakes, corn dogs, and fudge. 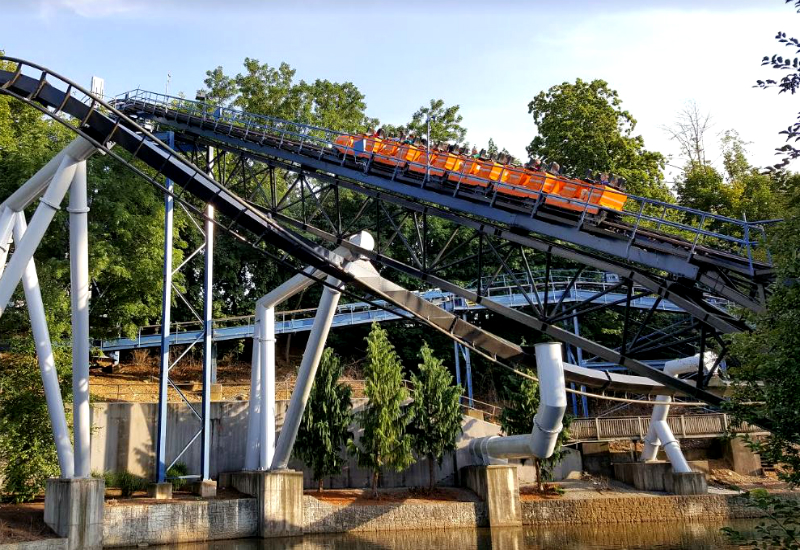 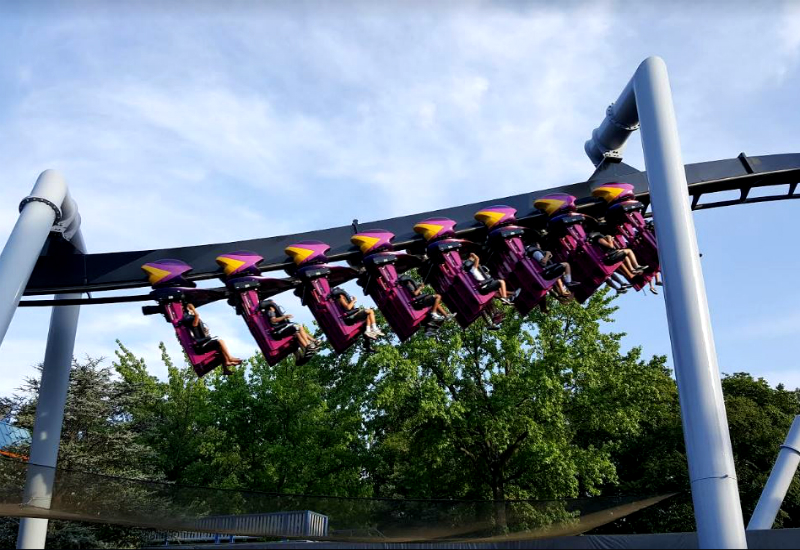 In contrast to the many similarities Hersheypark has to the other theme parks, it also has a lot of differences.  For starters, it contains a small zoo as one of its attractions.  ZooAmerica features a few dozen animals typically found in North America. Included are black bears, a wolf, Canadian lynx, some elk, bald eagles, a mountain lion, prairie dogs, and more.

The habitats are small, perhaps not as well kept as they could or should be, and it’s quite strange that several animal enclosures are almost in the backyards of some local residents who seemingly share a chain link fence with the zoo. But indeed it is a much different attraction than most theme parks and it makes for an enjoyable stroll as the hilly pathway winds its way through the animal exhibits.

Another big difference is the mobile phone app, which doesn’t seem to function quite as well as apps for Cedar Point,  Univeral Orlando’s Adventure Island, or Wonderland, for example.  The interface isn’t as user-friendly— it fails to inform guests of where the ride entrances are located (which causes confusion when it comes to large rides – i.e. roller coasters that consume a large section of the park so the entrance could be anywhere), and it doesn’t sync properly with where guests are actually located in the park. 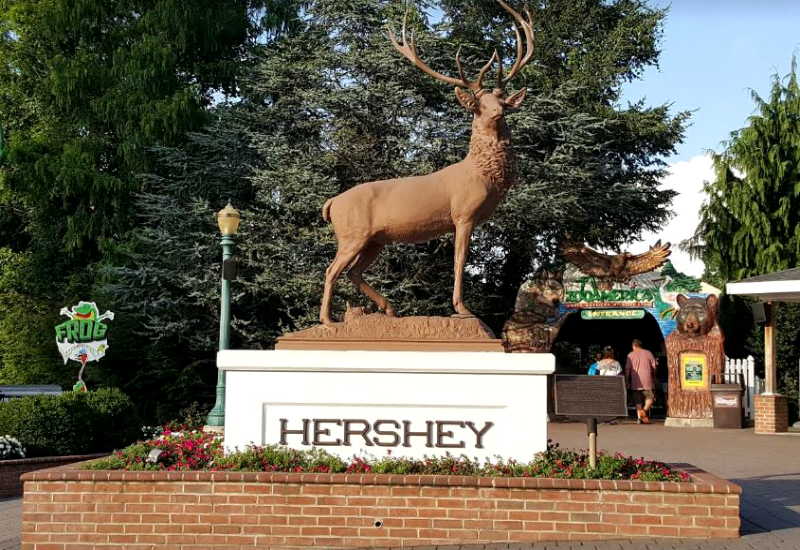 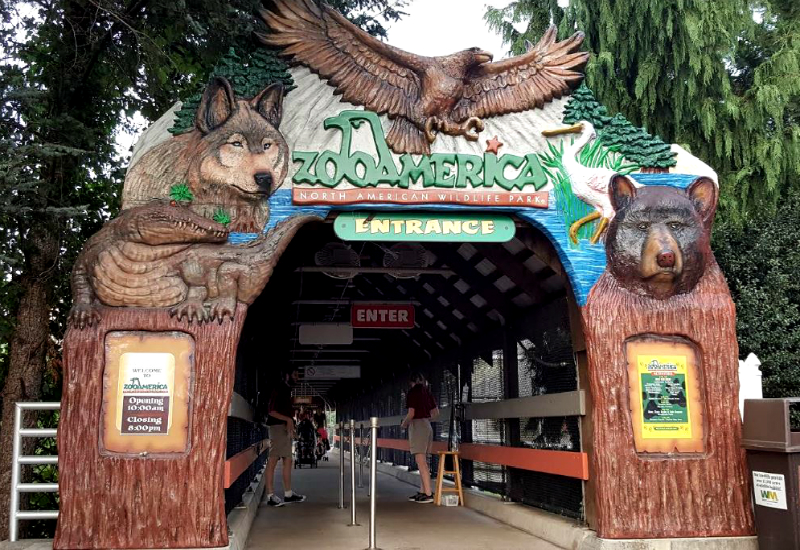 Finally, the terrain on which the park sits – essentially the Appalachian Mountains just south of the Poconos – is much different from most of the aforementioned parks considering Hersheypark is extremely hilly. Rather than excavate and level the area on which it was built, architects followed the lay of the land. Consequently, some pathways have severely steep inclines and continual ups and downs. Perhaps this is the result of advanced age given that it was built in the early 1900s. Yet, despite that Hersheypark has obviously undergone several upgrades and additions over the years, the hilly layout has never been addressed. As a result, it is not what we would consider mobility-friendly. Parents struggle with strollers and carriages on the steep hills, pushing hard to get up one side only to very briefly crest before facing an abrupt downside. Automatic wheelchairs grapple with the landscape, sometimes lacking the necessary power to climb the bigger hills. And guests that are pushing manual wheelchairs become physically exhausted, especially on a hot and humid day. Even some very mobile guests incur quite a workout in several sections of the park considering the pathways mimic the roller coasters.

Our experience in early August, which is considered peak season, did not reveal exceptionally long lineups even though the park was busy. The longest lineup we encountered was for Comet, which bordered on 25 minutes. All other coasters lines were surprisingly wide open with wait times of less than 5 or 10 minutes.

Hersheypark features several package deals on its website to help guests save a few dollars.  Some of the packages include meals and drinks. And, as mentioned, if you stay in Hershey accommodations (Hershey Campground, Hershey Hotel, or Hershey Lodge), discounted tickets are offered.  A quick Google search will also reveal discounts and printable coupons on various travel and coupon websites so it’s worthwhile to spend a few minutes and take a look.

Pro Tips for a Cruise Vacation

Favorite 5 Reasons to Opt for a Vacation Rental