North American theme parks are plentiful, each with its own theme, signature rides and restaurants, and charm. Among those many, many parks located in the United States, Cedar Point is the second oldest. It originally opened in 1870, on the grounds where it sits today, in Sandusky, Ohio.  However, at that time its prime attraction was a beer garden and dance floor, with a boat ride to shuttle guests to and from the mainland.  It also held a bathhouse as a convenience for swimmers and picnickers.

Eventually, small rides were added, such as a water toboggan ride which was built in 1890, along with the first roller coaster which opened in 1892.  Unlike the monster coasters of today, it was only 25 feet high with a speed of 10 miles per hour.  As attractions mounted and the area grew in popularity, the Hotel Breakers was added in 1905.

Unlike theme parks, such as Disney World/Land or Universal Studios, Cedar Point today focuses mainly on thrill rides, particularly roller coasters, which is why the park has been deemed the Roller Coaster Capital of America.  In many cases, it has either set or broken world records for tallest, fastest, or longest rides.  It contains a total of 76 rides, which is a world record in and of itself.  Of these, 18 are roller coasters.  It’s also the only park in the world containing 4 coasters in excess of 200 feet high. 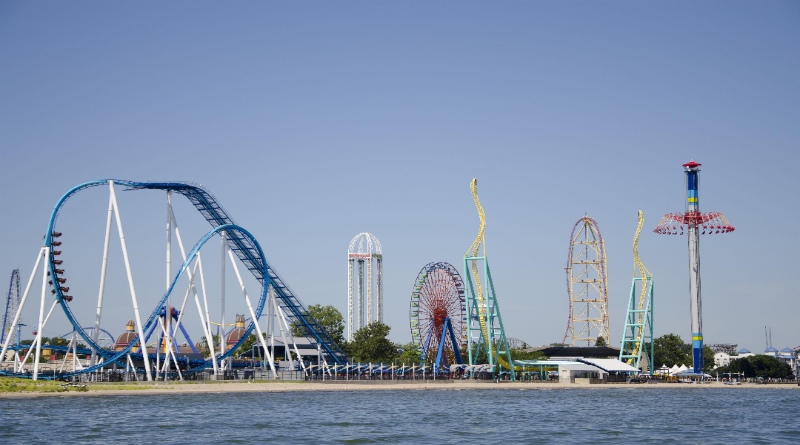 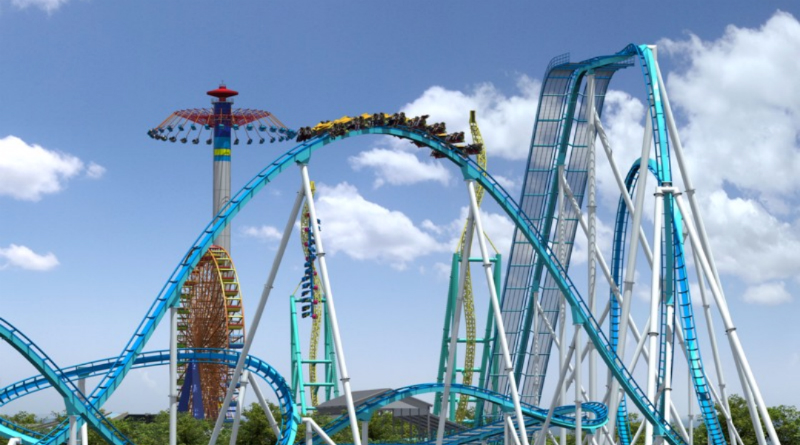 Aside from being an amusement park, it is also a seasonal vacation spot due to the surrounding beach and lake, which features fishing and water sports. There is also an abundance of places to stay, depending on your needs, including hotels and resorts, campgrounds, and cabins.

Inside the park offers a variety of walk-up and sit-down restaurants, including brand names such as Dairy Queen, Johnny Rockets, TGI Fridays, Pinks, and Famous Daves, among others. Certainly, there is something to please every palate and every budget.  And with budgeting in mind, Cedar Point makes mealtimes easy with dining passes that include an all-day or seasonal plan.

The park houses live entertainment, including a sports stadium for extreme sports tricks, the Camp Snoopy Theatre for younger children, and dancing in the streets with an energetic nightly show called Luminosity – Ignite the Night.  This is a feel-good performance of music, dance, and lights that are bound to breathe new life into showgoers despite their long day. In our opinion, it’s a must-see!

Cedar Point also contains a water park, called Soak City, though not included in regular admission. And most aspects of the park are disability friendly, with a first aid station on-site and at the ready. 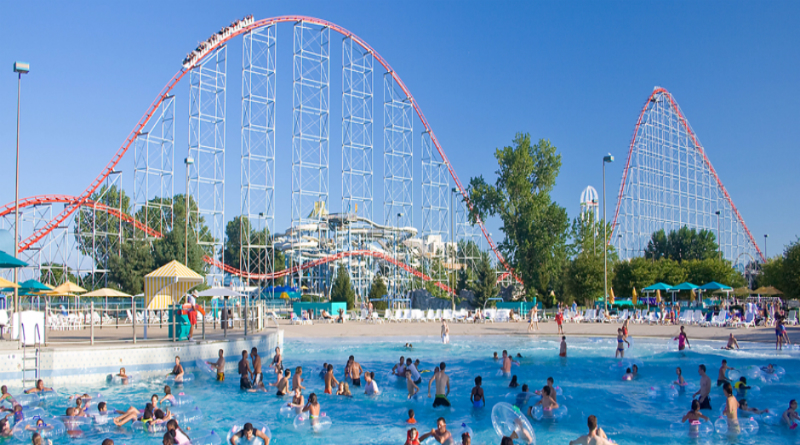 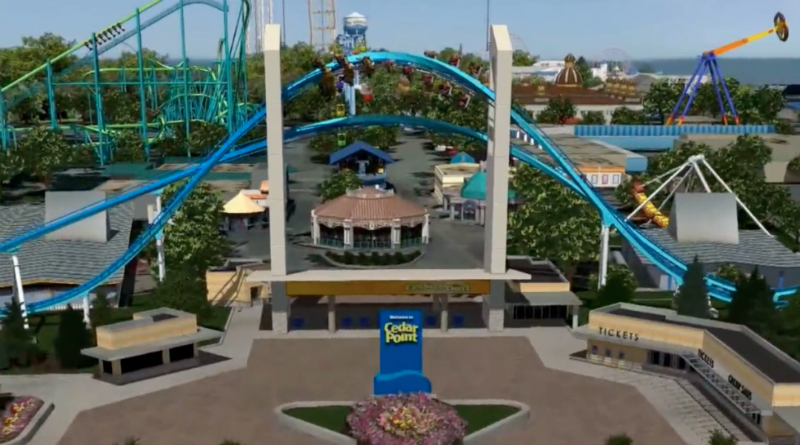 As for the rides, which are undoubtedly the main attraction, there are a few that are far more popular than others and consistently draw the biggest crowds. Usually, these are rides that have set a precedent as the highest, fastest, or longest, like Top Thrill Dragster that features a speed of 120 mph and is 400+ feet high. Coaster fanatics also gravitate to Millennium Force, Magnum XL-200, Wicked Twister, Raptor, and GateKeeper, which is a recent design called a winged coaster where riders are seated on the outer sides of the track as opposed to over it.  Gatekeeper breaks 7 world records as the longest winged coaster, fastest non-launched winged coaster, tallest inversion, most inversions, longest drop, most track, and most rides at one park.  Stats such as these cause thrill-seekers to flood these types of rides, thereby creating the longest wait times.

At peak season and peak hours, ride wait times can range from 1-3 hours, such as we waited for Dragster.  This is where a Fast Lane Pass and Fast Lane Plus comes in handy, especially if you are visiting the park for only one day. However, take heed that certain rides do not honor Fast Lane Pass due to extreme crowds, and that’s where Fast Lane Plus comes into play.  If you fail to research the parameters of what is and what is not included with each pass before purchasing, you might become discouraged while inside the park.

The park itself is extremely clean with maintenance staff constantly cleaning up.  And the simple layout of the grounds makes it easy to get around.  A handy mobile app makes things even easier with a park map and real-time ride wait times which help park-goers to plan their day. 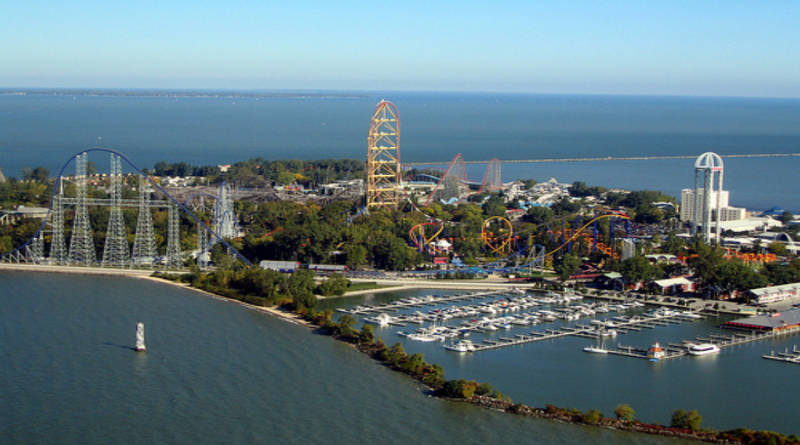 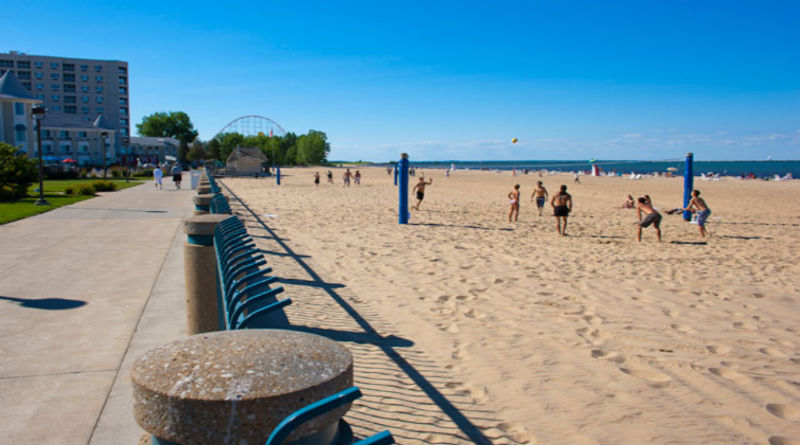 When standing in line-ups for rides or food, it’s easy to forget that Cedar Point is something more than just crowds and noise.  So if you want to put things into perspective, ditch the thrill rides for half an hour and take a spin on the 136-foot tall Ferris wheel.  While at the top, take a long look around at the sandy beach below, the crystal blue pools full of swimmers, the marina full of boats bobbing lazily on the water, and the parasailers gliding over the lake.

Check out the tree-filled campground against the backdrop of resorts and bold, colorful rides standing tall and proud within the park, and you just might come to realize that Cedar Point isn’t just an amusement, it’s the whole vacation package.