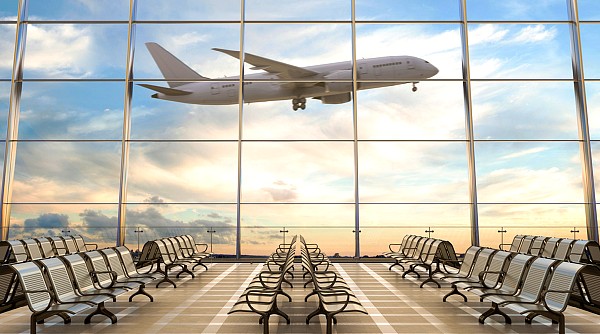 Pro Tips to Avoid being Bumped from a Flight

In simplest terms, to be ‘bumped’ from a flight means to be denied the seat you have paid for. This is the result of airline overbooking — a common practice designed to ensure that all seats are filled despite any passengers that fail to show up. Surely, the concept is nothing new. So here is more information on the subject as well as our pro tips to avoid being bumped from a flight.

Flight vouchers, meal coupons, free drinks, free headsets on the next flight, an upgrade to first class, and admission into premium airline clubs and lounges are all items that can be used as bargaining tools for passengers that are being displaced. That said, the level of restitution is designed to meet the level of aggravation so there are guidelines as to what and how much travelers are awarded.  Amounts are dictated by how long the passenger will be delayed.  If the discommode is temporary and the airline can get the passenger to their intended destination within an hour of the original flight, reimbursement is a non-issue.  However, if the passenger will arrive two hours later, compensation must equal twice the amount of a one-way fare, with a cap at $675. If the passenger will be delayed more than two hours for a domestic flight or four hours for an international flight, the airline is required to pay four times the one-way fare, with a cap at $1,350.

No matter how much the amount of compensation, most passengers would prefer to avoid the disruption. So here are our Pro Tips to Avoid being Bumped.

2. Board when called. As soon you hear your section or row called, be quick to your feet to board the plane.  Lollygaggers run the risk of being mistaken for absent and might find themselves called aside for bad news regarding the denial of their seat.

3. Upgrade to Business Class or First Class. Taking into account the inflated price of airline tickets, it’s no wonder travelers seek discounts wherever they can.  However, it’s a sad but known fact that airlines tend to target passengers that have paid the least for their tickets, such as last-minute sell-offs. Obviously, it’s not always in the budget to upgrade to Business Class or First Class, but if you can afford it you should consider doing so. First Class passengers not only get bigger seats and better service but they are also excluded from bumping most of the time.  It isn’t a written rule, but it’s far more likely that passengers in the economy section will be targeted.

4. Be a Frequent Flyer. Loyalty tends to be rewarded with loyalty when it comes to passengers that show dedication to an airline with a membership to their frequent flyer program. Joining these types of programs essentially gives passengers a leg up as airlines are hesitant to bump dedicated customers. This relates back to Tip #3 in the sense that a ‘frequent’ flyer’ obviously spends more money with the airline. And more money is rewarded with more respect.

5. Avoid Peak Travel Times.  This is a tip that isn’t always feasible. However, travelers need to know that flying at peak times produces more risk for bumping.  Flights are in the biggest demand during Christmas and New Years’, Spring Break, and most national holidays.  So it just makes sense that they will be heavily overbooked during these time periods and will need to remedy the problem by bumping passengers.

6. Avoid Peak Days. Similar to Tip #4, certain days of the week are more common for traveling, such as Friday and Sunday, whereas Tuesdays, Wednesdays, and Saturdays are much slower.  It’s during the slower times that passengers are least likely to be denied their seats.

7. Fly Early. Expanding on Tips #4 & #5, the time of day that you fly is also a risk factor. Much like a doctor’s office becomes increasingly more backed up as the day progresses, the same scenario is likely with an airline, such that later flights in the day stand are more susceptible to overbooking as passengers continually get pushed back to later flights over the course of the day.  Therefore, there is an increased risk of having to give up your seat. Upon reaching nighttime hours and red-eye flights, the risk once again decreases.

8. Book Your Seat. Passengers without seat assignments are easier to bump than travelers already assigned to seats.  So it’s a good idea to book your seat when booking your ticket. If you encounter a scenario where the airline won’t allow for advance seat selection, it might be a tip-off that the flight is already full and the risk of being bumped is imminent.

9. Avoid Connecting Flights.  Again, this is a situation that isn’t always possible to dodge, but it just stands to reason that the more connections and layovers included in your flight itinerary, the more chance there is of being bumped. Avoid it if you can.

10. Be Aware of Airlines that Overbook. According to recent stats, the airlines most widely known for displacing passengers include Delta and United, with Delta leading the charge at 130,00 displaced passengers in 2016. Conversely, Virgin, Hawaiian, and JetBlue have the least incidents of involuntarily bumping, with stats between 5-18 of every 100,000 passengers having been denied boarding.  Jet Blue and Virgin are known to avoid the practice of overbooking, but if and when it happens, they reward their customers well.  American Airlines, Air Canada, and Air Transat tend to fall somewhere in the middle.

Extra Advice: Remain Calm, Polite, and Reasonable. Despite taking all precautions, if it turns out that you encounter a scenario where you are being denied your seat, be sure to remain calm, polite, reasonable, and compliant.  If there is no legitimate reason to put up a fight and you have the flexibility to arrive at your destination a bit later than intended, then be sure to comply immediately and politely ask how you will be compensated.  Airline reps likely will be fairer, and perhaps more generous with passengers that help make the process easy.

However, if there is an authentic reason as to why you absolutely need to be on time – reasons such as work issues, attending a wedding or funeral, a family crisis, etc. – then ask to speak with the airline rep with the most authority and calmly and politely present your dilemma along with a courteous plea to remain on the flight. Chances are that you will be shown more respect, compassion, and concern than the passenger who is creating a scene by yelling obscenities and threats.

Pro Tips for Planning a Vacation on a...

Pro Tips for Hiking in Switzerland