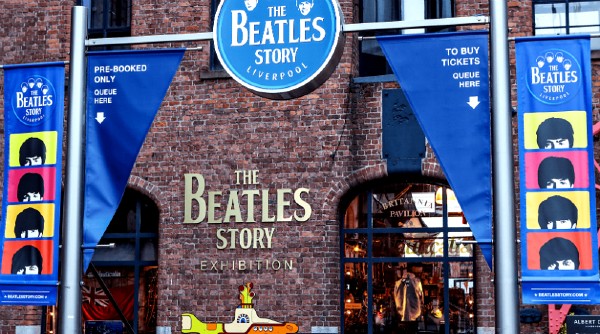 Located at Albert Dock along the River Mersey in Liverpool is The Beatles Story Museum, the world’s largest and only permanent exhibition dedicated exclusively to The Beatles.

Here, the casual fan is taken on an audio/visual journey from first meeting to the death of John Lennon to learn about the most famous and influential band in the world, while the hardcore fan can revel in the presence of artifacts, letters, contracts, and personal belongings of their musical heroes. 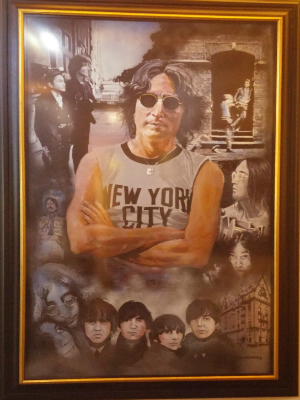 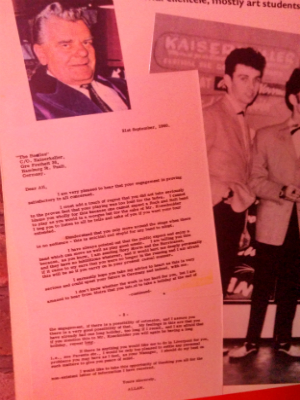 Upon entering the museum, visitors are provided with a handset and headphones containing chapters that correspond to each room plus supplementary footage and images. The chronologically laid out journey begins with an overview of the musical template from which John Lennon created his first band the Quarrymen, leading to his first meeting with Paul McCartney.

From there, The Beatles Story unfolds as you navigate each room and explore the displays which include full replicas of Mathew Street, The Cavern Club, and the recording room of Abbey Road Studio. Among the rooms, actual letters and contracts are displayed in frames along with both large and small artifacts including actual seats from Shea Stadium (where the band played the first stadium concert in the world), the Strawberry Field gates, and one of George Harrison’s acoustic guitars. 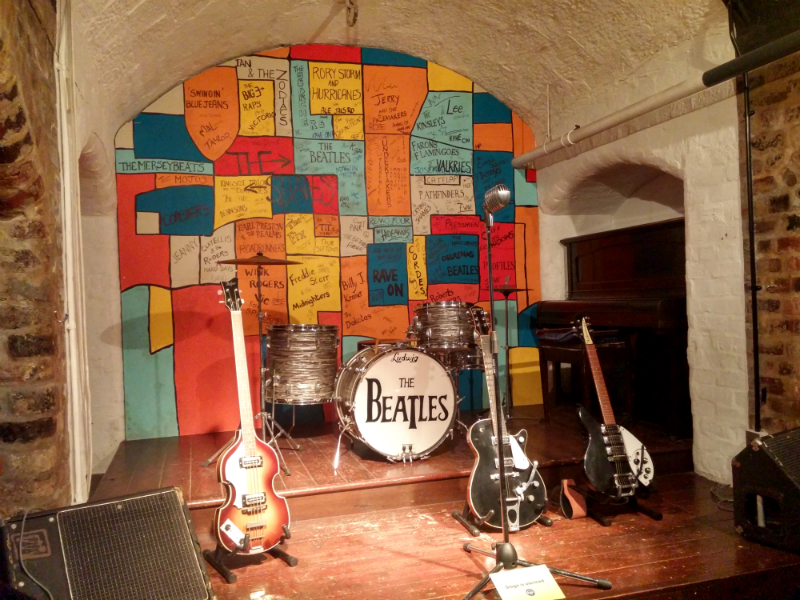 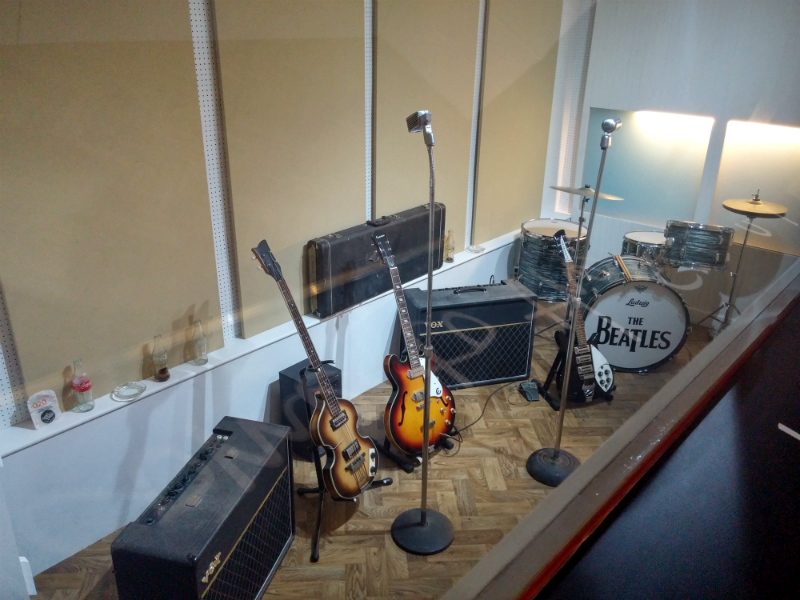 Perhaps one of the most visually exciting things to see in the museum was a life-size replica of the album cover for Sgt Pepper’s Lonely Hearts Club Band with a full list of every single person in the legendary image including the eerie “unknown” next to Lennon. In the same room, you’ll find exact replicas of the famous colorful costumes made by one of the original designers.

Toward the end of the tour, a large room is divided into four sections where each Beatle is individually celebrated, allowing fans to sit in a booth watching interviews and other tapes related to their personal favorites. Finally, the tour ends on a breathtakingly bittersweet note in the white piano room where Lennon’s iconic “Imagine” is playing softly as you walk past the famous collection of headshots taken not long before he died. 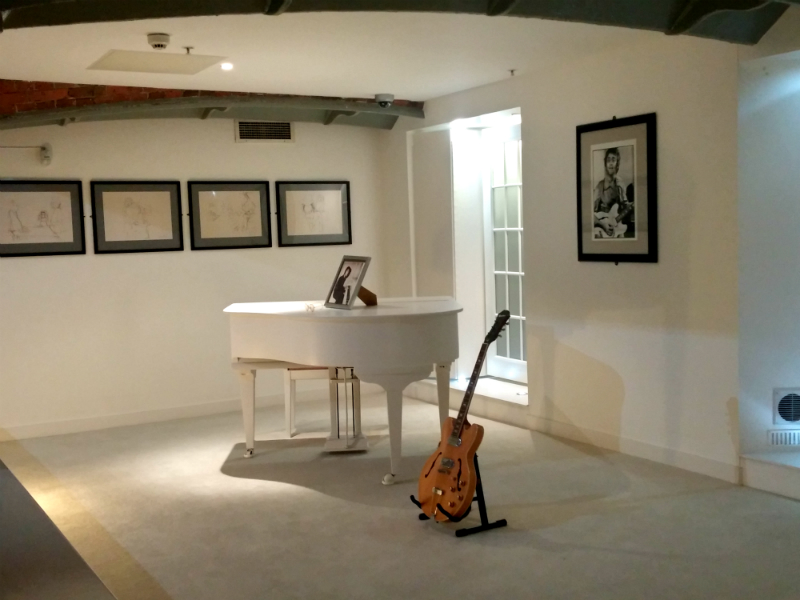 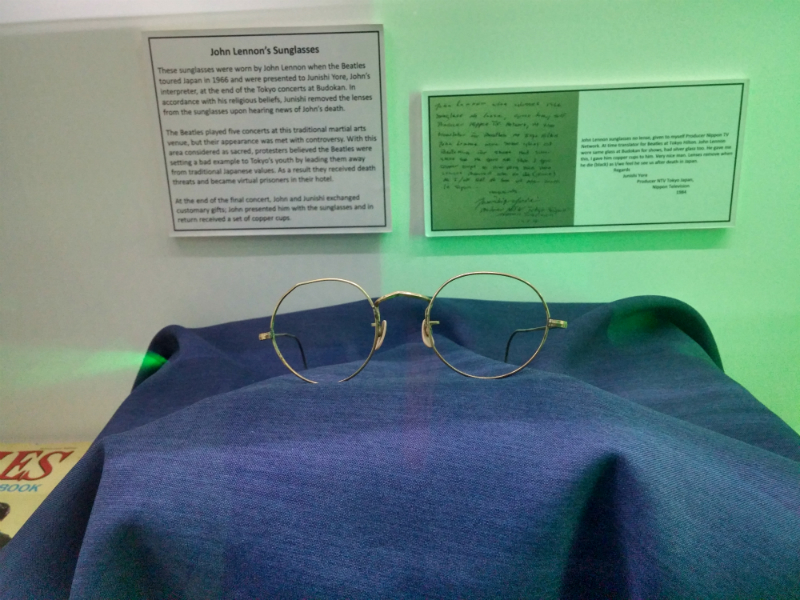 All this is hardly a fraction of the sheer volume of information and exhibits within the museum – in fact, there is so much to see, hear, and watch that it can be a little overwhelming trying to keep up with it all. A single room will have displays with large information plaques to read, videos to watch, the handset audio plus additional handset videos and photo galleries to take in all at once. That’s said, a bit of patience goes a long way in ensuring you don’t miss any detail of this incredibly extensive experience.

On top of all that, the ticket also provides free entry to an additional gallery located further down the docks at Pier Head which results in great value for the ticket cost at 15.95GBP per person, or 12GBP for students and seniors. Children are also welcome at a cost of 9GBP and family discounts are available upon inquiry. That said, families visiting with small children may have a hard time minding them within the winding halls while also trying to listen, read, and watch so it’s my opinion that this space is probably not-so-kid-friendly (save for the Yellow Submarine section). 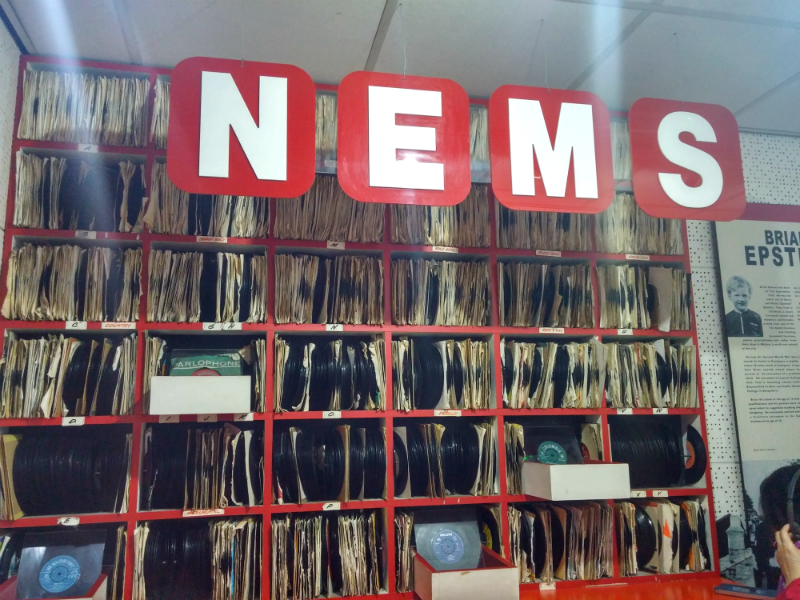 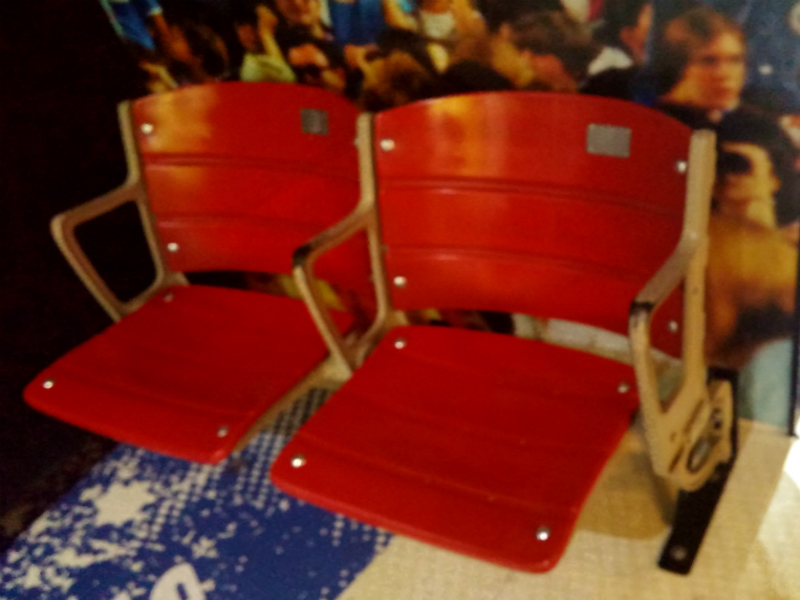 PROS: Seeing real artifacts and items belonging to The Beatles up close and personal. Great for both casual fans and hardcore enthusiasts. New exhibits are added regularly, giving fans an incentive to come back and rediscover their favorite exhibits.

CONS: Large crowds make it difficult to move around freely. Information/media overload at times – images and videos are shown on the handset are small and result in visitors blocking exhibits while watching.