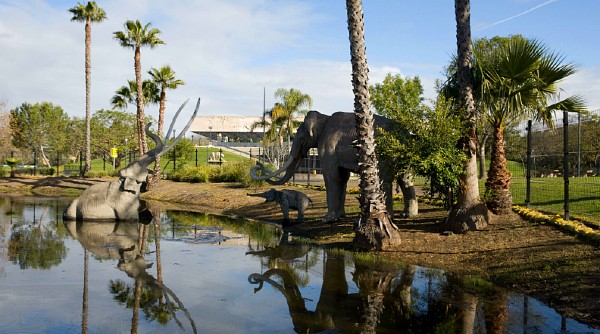 When it comes to visiting Los Angeles, most tourist destinations are movie and celebrity-related, including studio tours, the Walk of Fame, and the Hollywood on the Hill sign.  And there are handfuls of celeb hangouts for a chance to see someone famous, such as Rodeo Drive, Robertson Blvd, a selection of upscale restaurants, and even Malibu Beach. But LA isn’t entirely superficial — it has some educational destinations as well, like the Griffith Observatory and, of course, the famed La Brea Tar Pits and Museum.

It’s a fantastic place to travel back in time — way, way back — and be simply amazed. You will learn that until 11,000 years ago, wildlife roamed freely throughout what is now Los Angeles. During that period, known as the Pleistocene Era, saber-toothed cats, dire wolves, and Harlan’s ground sloths prowled where office buildings stand today. 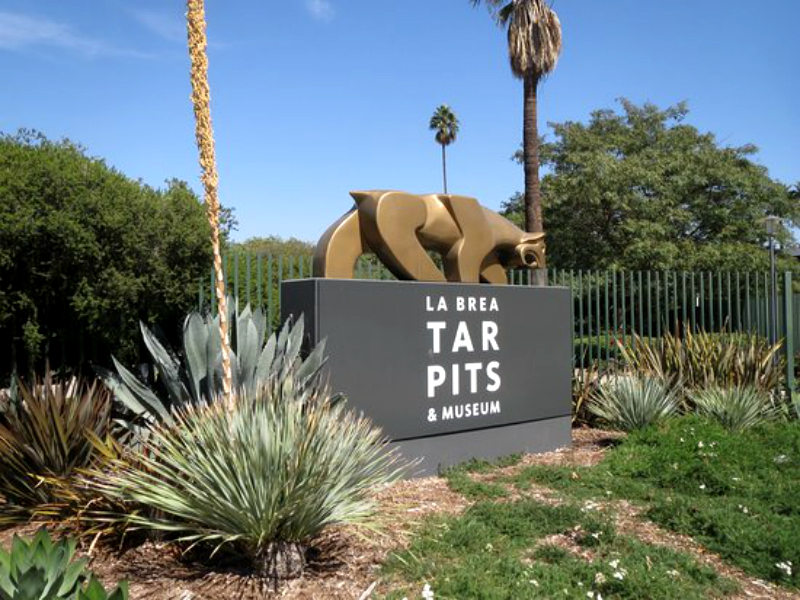 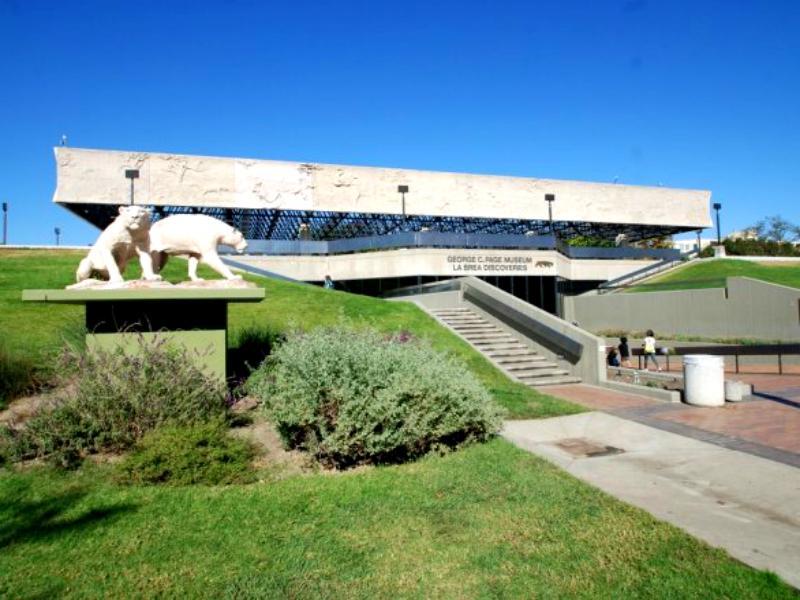 Though some people choose to simply explore the grounds, observe the bubbling goo in the pits, and read the signage sprinkled throughout, purchasing admission to the George C. Page Museum is well worth the cost.

Each member of your group will receive a map, as well as a wristband that gives you access to the museum’s exhibits and the Excavator Tour at no additional charge.

Begin by watching Titans of the Ice Age 3D, a 25-minute educational film narrated by Christopher Plummer that takes you back more than 10,000 years. (If visiting with children, be advised that the material could frighten them.) 3D glasses are available in both youth and adult sizes, so all of your group can experience a snowflake coming toward you, as well as the feeling of being surrounded by a pack of dire wolves. 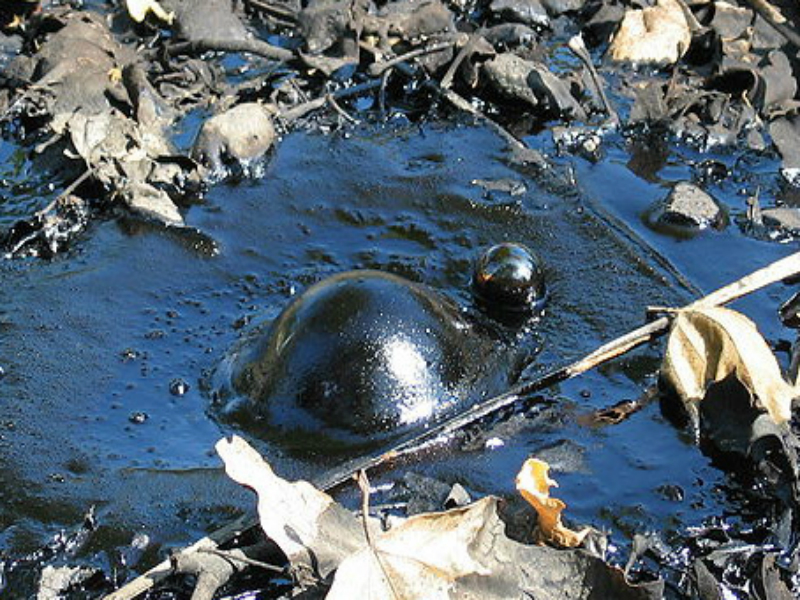 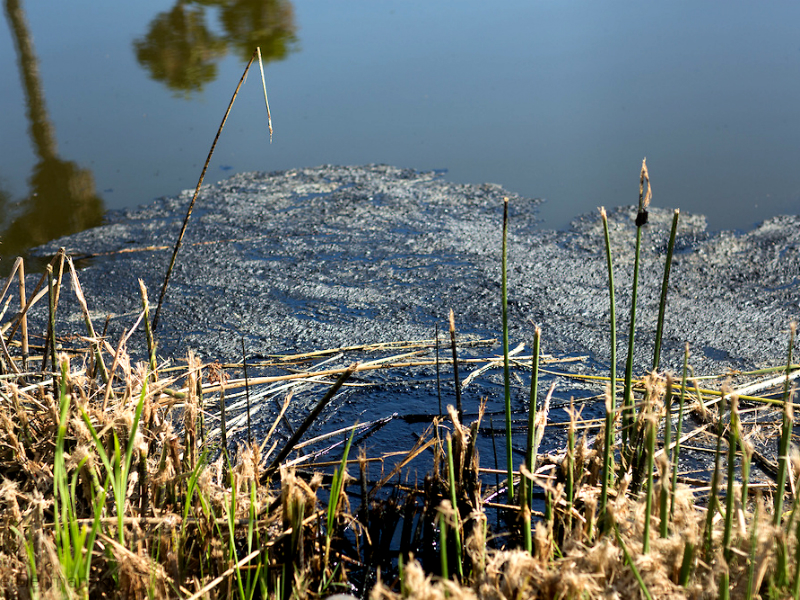 On weekends, visitors of all ages can enjoy a lively, 15-minute performance of Ice Age Encounters, in which a life-size adult saber-toothed cat puppet designed by Jim Henson’s Creature Shop makes an appearance. The docent shares a lot of great information about the Tar Pits, such as the fact that they should be called the La Brea Shallow Asphalt Seeps since the pits are actually filled with asphalt, a natural material, rather than tar, which is man-made. (Be sure to warn younger children that the lights are turned out at the beginning of the show and that a large pretend beast will be present.)

Both the film and the performance cost extra and can sell out (especially during the summer and the winter break), so it’s best to purchase tickets online in advance if you plan to see either.

Afterward, your group will be able to fully appreciate the 35-minute Excavator Tour, which is offered at set times each day and begins at the Fossil Lab. There, you can observe scientists carefully working behind a curved wall of glass—nicknamed “The Fish Bowl”—on some of the more than 3.5 million fossils that have been discovered on the premises. The tour continues outside at the Lake Pit, where three mammoth sculptures were installed to help visitors understand how so many animals got trapped there. 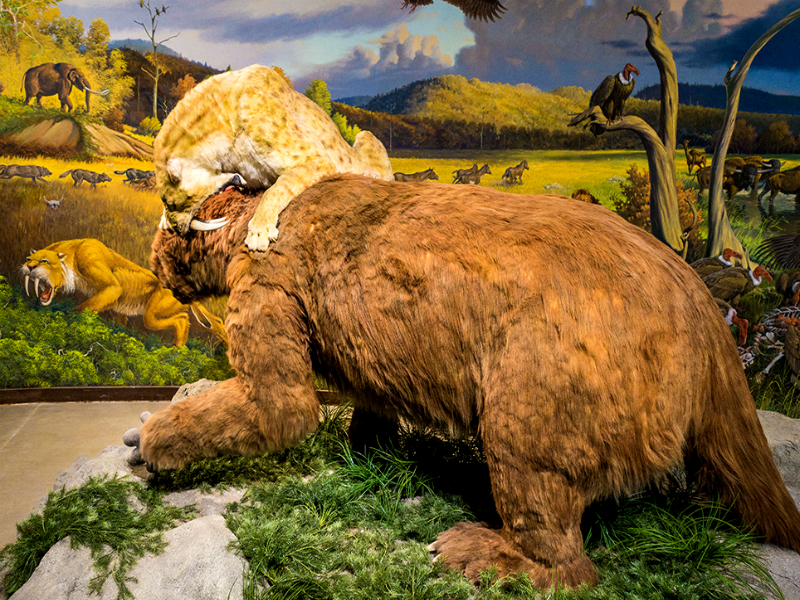 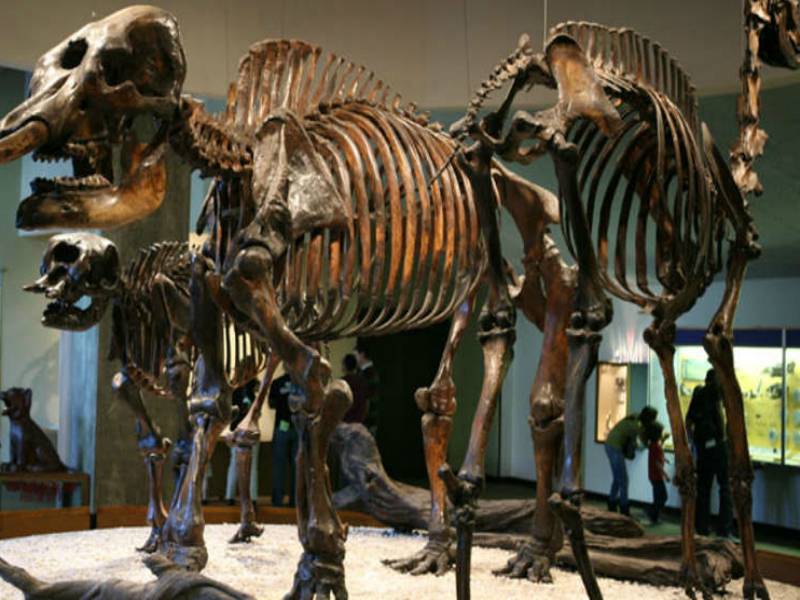 Next up: the Observation Pit, to see what a tar pit dig looks like. Finally, you visit Project 23, an active dig site that was started in 2006 when the Los Angeles County Museum of Art began building an underground parking garage next door to the Tar Pits and 16 new fossil deposits were discovered, including a nearly complete skeleton of a Columbian mammoth that scientists named Zed.

If you get hungry, snacks are available for purchase in the gift shop just inside the lobby, and there are several kid-friendly restaurants within walking distance of the museum. You can also bring a picnic and eat at an outdoor table or on the grass. When you’re ready for more, go back inside the museum to have a photo taken in front of a green screen and view prints of you “in” the tar pits. Don’t miss the Tar Pull (where you can grab different levers to see what it feels like to be stuck in tar), the massive mammoth skeleton, or the display in which two animated animals—a saber-toothed cat and a giant sloth—wrestle. On your way out, walk on the wild side by rolling down the grassy hill surrounding the museum and climbing on the Ice Age animal sculptures near the Pleistocene Garden.

Certainly, this is a unique and memorable attraction that will put a different spin on your LA visit, and it’s one that we highly recommend. The Tar Pits are located at 5801 Wilshire Blvd. in Los Angeles. For more information like ticket prices and hours of operation, visit the La Brea website at http://www.tarpits.org/