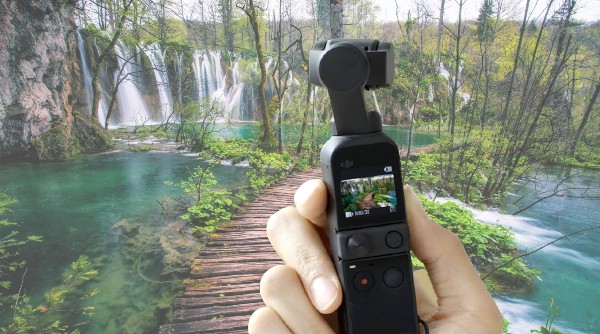 With all of today’s technology available to help travellers preserve their memories, it’s hard to believe there was ever a time when we bought rolls of film, inserted them into a camera, and hoped for the best each time we clicked the shutter.

Years ago, there were numerous brands of affordable 35mm ‘Point and Shoot’ cameras on the market but every one of them necessitated carrying multiple batteries and rolls of film while on vacation. Depending on the camera, sometimes flashbulbs were needed as well. This was followed by a 2-7 day wait period after you returned home from your trip, during which the film was ‘developed’ at your favourite retailer and was turned into 4 X 6” prints of each photo. If the pictures were out of focus, under or overexposed, or the subject matter was out of the frame, too bad because the opportunity for a do-over had passed. Because of this, it made sense that Polaroid Instant Print cameras became a popular alternative considering their photos popped directly out of the device seconds after taking them.  It took a few moments for the photo to finish developing before your eyes, but as long as you still had the subject matter in front of you, it allowed for a do-over if necessary. However, this instant print system was far more expensive than dealing with 35mm and it grossly traded speed for quality since most of the photos had the retro look of a sepia filter.  Of course, these two types of cameras have made improvements over the years, but they remain unsuitable for today’s traveller.

For people who wanted top-notch quality, the ability to see their photo on screen before and after they took it, plus print photos in numerous sizes, the alternative eventually came in the form of a DSLR digital camera that merges the optics and the mechanisms of a single-lens reflex camera with a digital imaging sensor. But this was and remains to be an expensive route to go, and it isn’t convenient considering the weight of the camera and all its accessories, like various lenses, rechargeable batteries, etc., all of which require a protective and cumbersome camera bag.  For reporters or professional photographers, lugging something like this around is all in a day’s work. But it isn’t a logical option for travellers.

The advent of smartphones made things much easier and more convenient considering people could take countless photos and videos almost everywhere that is permitted. But if you are an adventurer attempting to take video on the go, you know that trying to stabilize your phone isn’t an easy task. Even with additional devices like Gimbals that promise stabilization, the process isn’t always effective and guaranteed.

Portable and compact, the DJ1 Pocket 2 fits easily into one hand. And capturing great video on the go is effortless thanks to a three-axis stabilized camera and ActiveTrack 3.0 technology. It’s so stable it makes certain that the subject matter remains in the shot. This little device is equipped with double panorama modes – a three by three as well as a 180º which makes it perfect for super-wide shots like large group photos or sweeping landscapes. And it’s simple to make short films thanks to the Story Mode that features music and video templates. Building on the idea of storytelling and films, the time-lapse feature allows you to turn hours of footage into mere seconds and the motion lapse helps to transform existing footage. An AI Editor is a valuable feature as well, which simplifies the process of combining video clips and adding music and transitions.

The Pocket 2 is the perfect travel companion for beautiful photos and stunning video. Even a novice can operate this little device to capture memories and effectively turn them into the kind of exciting video that looks like it’s been shot by a pro!

Visit the DJ1 website HERE to purchase the Pocket 2 and learn more about their amazing line of products.

Top 10 Haunted Hotels in Canada and the US

Airheart for Organizing the Perfect Trip