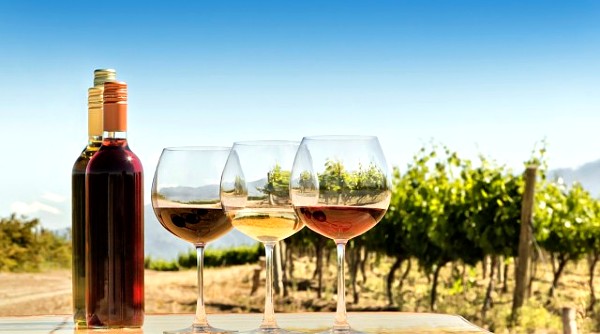 When it comes to admired and respected wine regions in the world, there are a handful of countries that immediately come to mind — Italy, France, Spain, and the USA, largely the state of California. Greece, Argentina, and South Africa also make the list. What might surprise you is that Canada has several wine regions worth consideration. Although the country does not rank among the biggest producers, it does turn out some interesting and noteworthy brands thanks to a diverse landscape and a wide variety of grapes.

So, if you’re looking to incorporate wine tastings into your Canadian travels, consider our Favorite 5 regions.

Selecting from regions east to west, some would suggest Nova Scotia as the first stop on the list, but we’re starting with the Eastern Townships of Quebec, chiefly the Brome-Missisquoi area. This district is home to The Wine Route. It represents 60 percent of Quebec’s wine production via the connection of 21 different vineyards, including two of the oldest vineyards in the province. This journey will take visitors through 130 kilometers of beautiful landscapes and distinctive heritage while tasting unforgettable ice wines, rosés, and regional specialties.

The Niagara Peninsula is one of Canada’s most recognized wine regions with signs and vineyards visible from most routes leading to the tourist mecca of Niagara Falls. The region stretches from Grimsby to Niagara-on-the-Lake, basically in the same vicinity as The Niagara Fruit Belt which produces 90% of Ontario’s tender fruit crop. This is one of the richest fruit-producing areas in Canada due to its extremely fertile soil. Nestled between Lake Ontario and Lake Erie, the area contains beautiful scenery with a climate akin to the wine regions of France. The Niagara Peninsula produces excellent ice wines and is home to several well-known brands, such as Peller Estates, Jackson-Triggs, Wayne Gretzky Estates, and Inniskillin.

Located 2.5 hours from Toronto on Lake Ontario’s northeastern shore, Prince Edward County is Ontario’s fastest-growing wine region with 35 wineries that take advantage of the area’s limestone-rich soil. The area is excellent for growing grapes and turns out unique handcrafted wines from many family-owned vineyards. With a quaint little town like Picton, the picturesque Bay of Quinte, and Sandbanks Provincial Park in the area, there’s plenty to see and it’s a great place to spend the day. Plus, Prince Edward County has its own Wine Explorer App that matches individual taste preferences to a database of all PEC wines, which makes tours and tasting easy to navigate.

British Columbia is fast becoming the California of the north with its production of exceptional wines, starting with The Thompson Okanagan region. The area features rural charm and experiences reminiscent of Tuscany with its beautiful vineyards and lush orchards and gardens. With rich soil and a varied climate, it provides an area perfect for grape growing. To that end, visitors will find more than 120 vineyards in the vicinity, famous for their Chardonnay, Riesling, Marquette, and Pinot Noir. The region is also popular for its cider, given that apples are also grown here. The Okanagan Valley offers scenic lakes and beaches with plenty of resorts and watersports, so exploring the multitude of wineries doesn’t have to be done in a day, it can be combined with a leisurely vacation.

The wines of British Columbia continue their popularity on the Gulf Islands and Vancouver with groups of vineyards on the Saanich Peninsula and in the Cowichan Valley, the latter of which boasts 14 tasting rooms. Focused mainly on the southeast section of Vancouver Island with family-owned operators, these vineyards have grown to the point of inspiring a culinary movement that now includes fine foods as well as beer. Take a winery tour to savor the tastes of pinot noir, as well as sparkling and fruit wines.