When it comes to luxury, Sin City knows how to do it well, with several prestigious properties with so much to offer that they are like a city unto themselves. Whether you are a business tycoon, a high roller, or just plain curious, here are Go GlobeHopper’s Top 10 Luxury Hotels in Las Vegas (in alphabetical order). 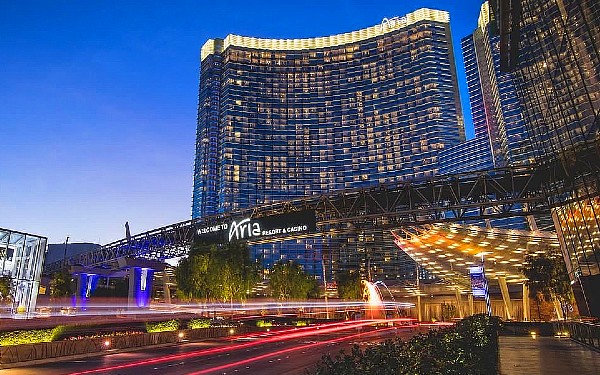 A growing trend in Las Vegas is an upscale hotel within a hotel, as we see with the first few selections in our Top 10 list. And Aria Sky Suites are no different, located inside Aria Resort and Casino. Altogether, this hotel contains 4,004 hotel rooms within its square footage of four million feet. Suites account for 568 of the rooms, and a much smaller portion is identified as AAA 5-Diamond Sky Suites, which are accessed via a private entrance and elevator. These accommodations are so exclusive they can only be booked by special request, and guests will enjoy a personal concierge and transport to and from the airport in a private limo. Located on the top 2 floors of the hotel, 4 styles of suites exist including one and two-bedroom options, one of which is classified as a Sky Villa. These include contemporary furnishings and lavish décor. Access to Aria’s amenities includes 16 restaurants and 10 bars and lounges, as well as an 80,000 square-foot salon and spa covering 2 floors and overlooking an infinity-edge pool. 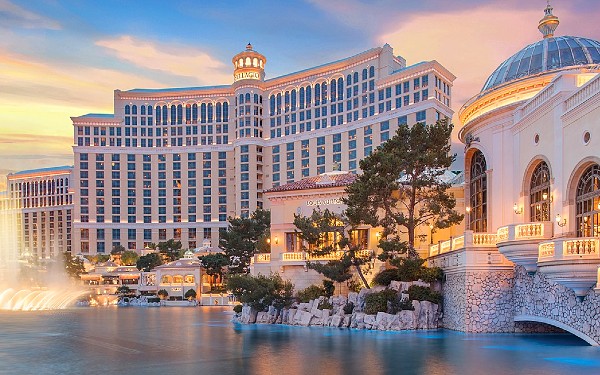 Sitting at the famous 4 corners of Vegas, where the strip meets Flamingo Road, The Bellagio is immediately recognizable given the 8.5-acre lagoon that fronts the property and spouts the famous Dancing Fountains. This property is the best of both worlds, considering it is almost a theme hotel with its obvious Italian inspiration, but it is considered a luxury destination. Set on 67 acres, the hotel features 3950 upscale rooms and suites of varying sizes, as well as 14 restaurants, a massive casino that hosts big-game tournaments, an indoor conservatory and botanical garden, and 5 gorgeous pools. Unlike several Vegas hotels that draw a young, party crowd, the Bellagio sees an older and more established clientele that keeps the pool areas quiet and relaxing.

Encore at the Wynn 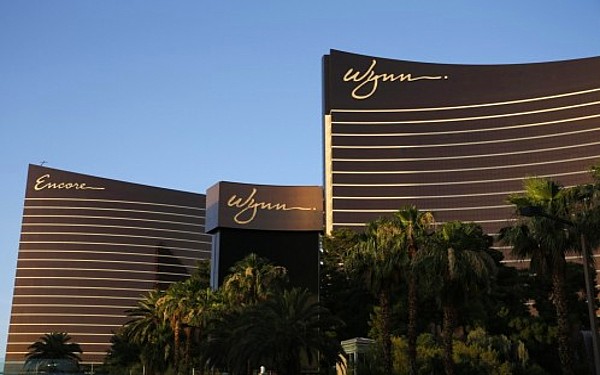 The sister-property to The Wynn was opened in 2008 and was aptly named Encore. This 2034 room hotel has taken everything wonderful about the Wynn and added to it with larger rooms and a wider variety of options and layouts, floor to ceiling windows, and even drapery controls via a convenient bedside remote. The hotel features a 5-star spa and top-notch wedding facilities and services. XS is the resort’s celebrated, upscale nightclub with a capacity of 3000 people. Restaurants, bars and lounges are shared with The Wynn and include such signature eateries as Sinatra – a Frank Sinatra themed steakhouse that seats 152 people, and Costa Di Mare that overlooks a spectacular lagoon and is famous for its seafood flown in daily from Italy’s coasts. The buffet ironically named The Buffet is memorable for its vibrant floral décor and is considered one of the best on the strip. 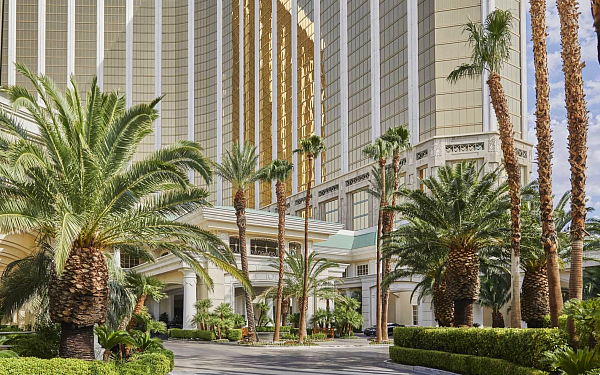 Another property that has opted for luxury over gaming is the Four Seasons Las Vegas, located adjacent to Mandalay Bay on Las Vegas Boulevard. This exclusive yet family-friendly hotel houses 424 upscale rooms, broken down into a variety of configurations ranging from fashionable studios to posh suites. Views include The Strip, the valley, and panoramic scenes of the city and beyond. Dining options are limited but notable with the Veranda for American cuisine and the Charlie Palmer steak house voted best steak house in Las Vegas. On-site amenities include a private pool, an indoor/outdoor bar, a fitness centre and a 4-star spa. Guests also have access to Mandalay Beach and exclusive access to Vegas shows. 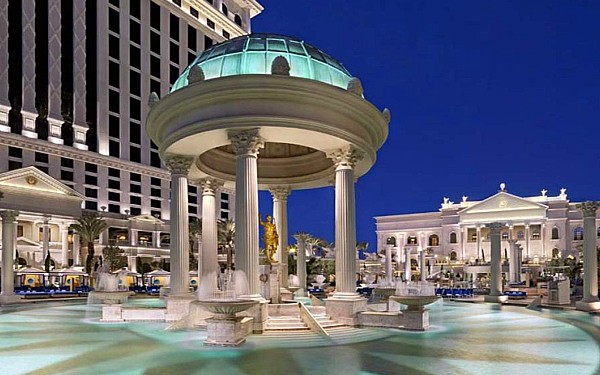 Yet another hotel within a hotel is Nobu at Caesar’s Palace. Unlike most other selections within our Top 10, most of Nobu’s 181 rooms are the same, with clean lines and modern, upscale décor, in-room wi-fi, and spectacular views. The exceptions for this are the penthouse suites which range from 2,200 – 4,350 square feet. In-room safes are large enough for storing laptops, and in-room massages are made available. Hotel amenities include 11 restaurants, a poolside bar and swim-up bar, a nightclub, wedding services, a spa and sauna and limo service. 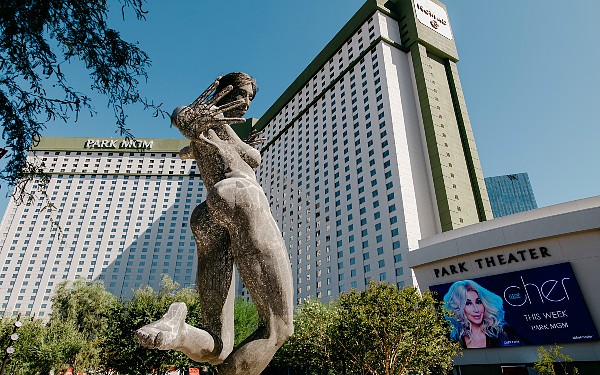 European sophistication is primarily what The NoMad brand of hotel is known for. However, Las Vegas demands something more than just upscale accommodations so dropping this type of hotel onto the Vegas strip required some tweaking as well as the addition of some glitz and glam. Located on the property of the Park MGM resort complex, NoMad is essentially the old Monte Carlo structure but offers separate entrance and elevators. The Tiffany glass ceiling from the original structure can still be found above the high-stakes casino, and amenities like a Moroccan-inspired pool, an elegant spa and salon, and a signature bar and restaurant have been added to up the ante. The hotel features a total of 293 high-end guest rooms and suites with a European flair, featuring oak floors, custom furnishings, and curated artworks, with pedestal tubs in the bathrooms. 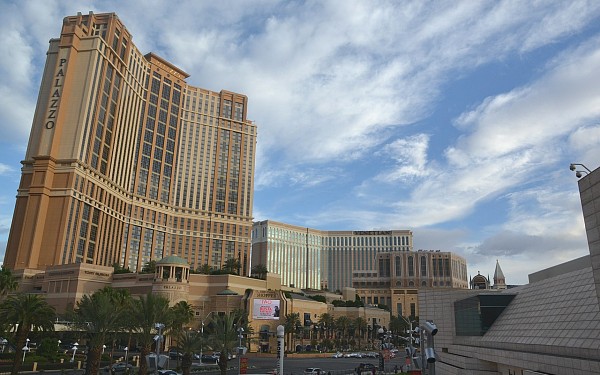 As one of the tallest hotel properties on the strip, the hotel tower features 3,068 all-suite rooms with living space bigger than most destinations on the strip, including a bedroom and separate sunken living room. It also houses 375 concierge-level suites. The Palazzo is more opulent than its sister-property, The Venetian, which sits next door. It is connected by the Grand Canal Shops retail complex which features boutiques by Michael Kors, Fendi, and Christian Louboutin. As a testament to the richness of Palazzo, there is even a Lamborghini showroom on-site. The shared properties feature a combined total of 33 restaurants, cafes, bars, and lounges. 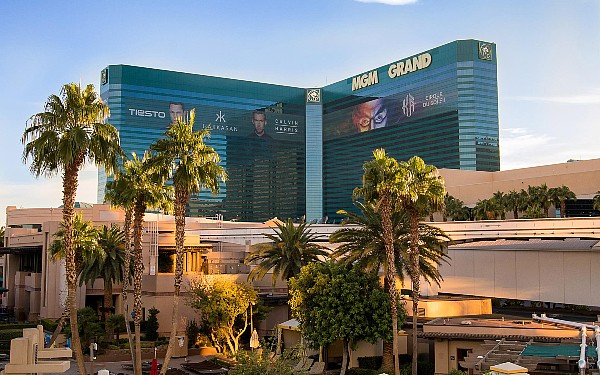 Simply decadent. Occupying the top 2 floors of the main building, SKYLOFTS is a Forbes 5-star hotel that mixes upscale surroundings, gorgeous views, advanced technology, and some of the most personalized services you will find in Las Vegas. This hotel within a hotel features 51 lofts of varying layouts, including 1, 2 and 3 bedrooms, some of which are 2 levels. And with amenities like a personal concierge, in-room massages, laundry service, private bar, an infinity-edge spa tub and packing and unpacking assistants, the price per night ranges from $2,000 to $10,000. Dining options include 20 on-site restaurants at the MGM, along with world-class entertainment, shopping, pool parties and spa treatments. 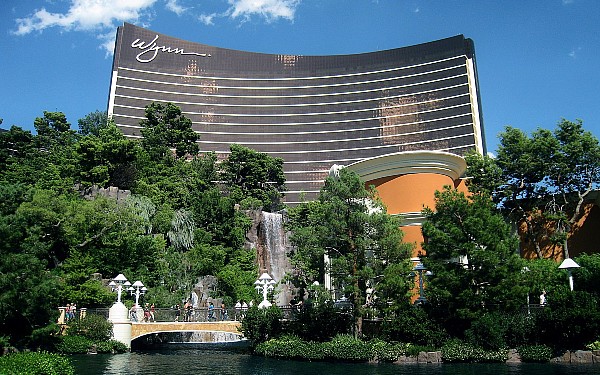 Las Vegas developer Steve Wynn opened the 49-storey hotel in 2005 as one of the first properties to feature the kind of luxury that theme and classic Vegas hotels lacked. This 2716-room destination offers rooms sized at 640 square feet featuring a signature king-sized Wynn dream bed and a TV in the bathroom. There is also a series of suite options with different amenities and sizes, as well as plush villas sized at 7000 square feet. An 18-hole golf course graces the back of Wynn’s massive acreage and connects with the newer sister-property of Encore. Adding to the luxury of this hotel is an onsite Ferrari/Maserati dealership, 9 restaurants notable for their celebrity chefs, several entertainment venues, a celebrated nightclub called XS, and a 111,000 square feet gaming floor. 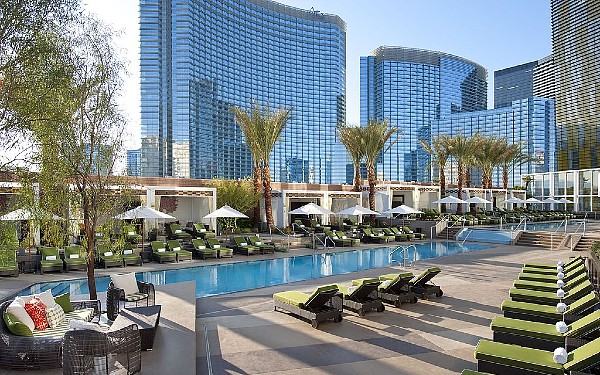 Formerly the Mandarin Oriental, the Waldorf Astoria Las Vegas is located directly on The Strip, occupying 47 floors in the CityCenter complex. This 5-star property is managed by Hilton Hotels and has its lobby on the 23rd floor. It features 392 elegantly appointed rooms and suites with floor to ceiling windows, walk-in closets, spa-like bathrooms, and upscale decor. As with most Waldorf properties, the hotel focuses on luxury only, so it does not contain a casino. However, it does have an outdoor pool and 2 lap pools, 2 hot tubs, a plunge pool, and poolside cabanas. Also included on the premises are a fitness center and a spa that spans 2 floors and offers 17 treatment rooms. Additionally, there are 12,000 square feet of function space that include meeting rooms and a ballroom. If all this fails to satisfy your need for luxury, then perhaps the presidential suite as $10,000 per night will.

What to Expect at Grand Sirenis – Punta Cana

What to Expect at Azul Beach Resort Montenegro

Top 10 Most Beautiful Islands for Travelers –...

Top 10 Things to do in Phuket