What to Expect at West Hollywood Edition – Los Angeles

When new Hollywood accommodations debut to star-studded parties and compliments from the Hollywood elite, it’s always a good sign that tourists will follow. It just stands to reason that visitors to the region would want to stay at a hotel that their favorite celebs recommend.  In this case, those celebs would include such A-listers as Leonardo DiCaprio, socialites like Paris Hilton, and music industry royalty including Lenny Kravitz, Billy Idol, and Janelle Monae. To those recognizable names can be added Studio 54 co-founder and Mondrian hotelier Ian Schrager, who is the force behind West Hollywood Edition, in coordination with Marriott International. 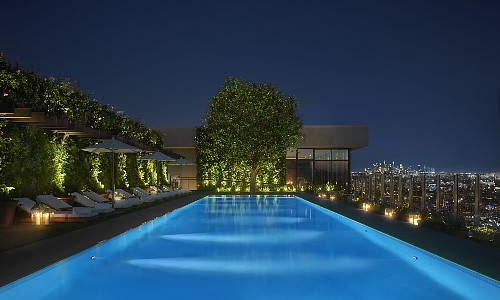 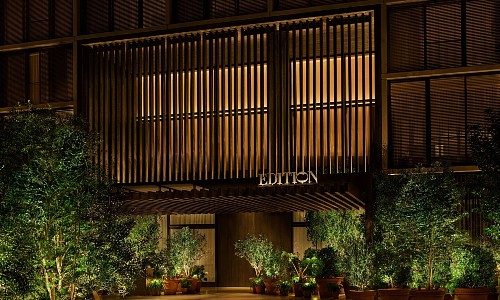 Situated on the border of West Hollywood and Beverly Hills (on the corner of West Sunset Boulevard and North Doheny Drive), this boutique hotel looks like a virtual wall of greenery with 56 varieties of indigenous Southern California plant life gracing the exterior from top to bottom. Oversized Western Red Cedar doors welcome guests to the spacious lobby decorated in a mix of white leather armchairs with additional forest green seating and matching accents. The lavish foliage seen outside continues throughout common areas inside as well.

West Hollywood Edition boasts 140 guest rooms with a nightly rate of $395 and up, along with 50 suites, 2 of which feature penthouses. Décor is modern, sleek, and monochromatic in hues of white, cream, and beige draped over pale wood. Clean angular lines give each room and suite a feeling of spaciousness. 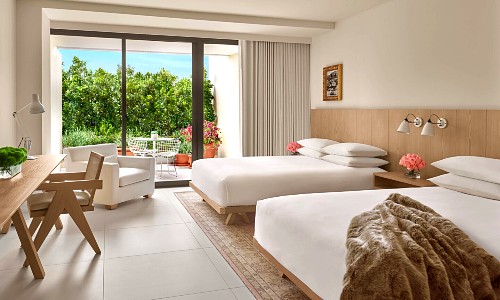 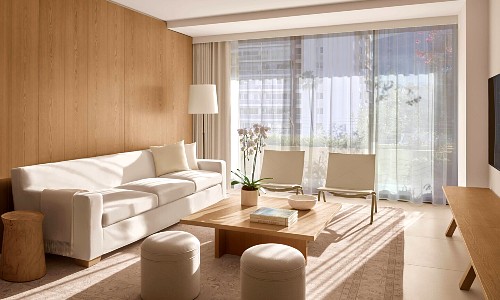 The lobby bar is unique, not only because it occupies 3 levels but also because it serves breakfast as well as enhanced pub-style eats. An on-site signature restaurant called Ardor is overseen by Michelin-starred chef John Fraser. The menu is heavy on healthy choices with plenty of vegetable-based dishes. Dining décor includes an abundance of wood and more in the way of plant life, with an adjoining outdoor terrace said to be inspired by Napa Valley.

Upstairs, guests can enjoy another dining experience at The Roof, which prominently features Cali-Mexican cuisine and cocktails, as well as stunning 360-degree views that range from Downtown LA to Santa Monica. 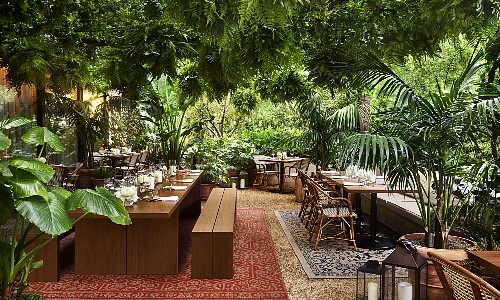 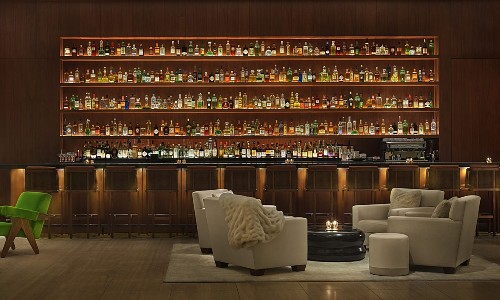 Additional hotel amenities include a rooftop pool, a 2,600 square foot spa with 6 individual rooms for various treatments and massage, and a 24-hour fitness facility with state-of-the-art machines including Peloton bikes. Guests will also find an underground club called Sunset, and plenty of space for events and meetings.

What to Expect at The Fives Oceanfront — Puerto Morelos, Mexico