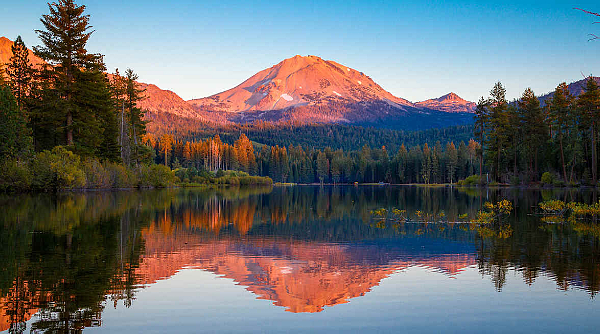 Make this Northern California city your base camp for exploring volcanic marvels, tranquil lakes, mysterious caverns, and shimmering waterfalls. From Redding, a city 160 miles north of Sacramento, turn your steering wheel in any direction and you’ll find an outdoor playground at every compass point. Here are five great destinations for scenic day trips from the city limits (most are less than an hour away). 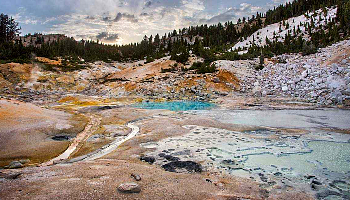 Lassen Volcanic National Park is one of the very few places in the world where you can see all four types of volcanoes (plug dome, shield, cinder cone, and strato). The park’s landscape is dominated by cone-shaped Lassen Peak, which erupted in a fiery fury from 1914 to 1917.

Get schooled in volcanology at the Loomis Museum near the park’s north entrance, then stroll around Bumpass Hell to see otherworldly hydrothermal marvels—16 acres of boiling springs, hissing steam vents, noisy fumaroles, and bubbling mud pots. If you’re feeling ambitious, hike to the top of Lassen Peak for a remarkable 360-degree view (bring plenty of water for the challenging five-mile round-trip). 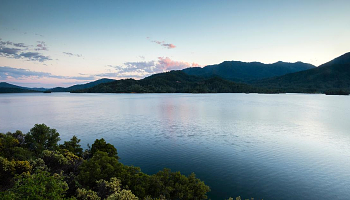 Drive west from Redding and dip your toes into Whiskeytown Lake’s warm, crystal-clear waters. The lake takes its name from the Gold Rush mining town that was inundated by the building of the 282-foot Whiskeytown Dam in 1963. This reservoir has the heart of a natural lake, however, providing more than 3,000 surface acres that are just right for swimming, sailing, kayaking, fishing, and windsurfing. Two marinas—Oak Bottom and Brandy Creek—offer boat and equipment rentals.

There’s more to explore beyond the lake. Hike 3.4 miles to see Whiskeytown Falls cascade down a 220-foot drop. Visit Tower House Historic District to see the El Dorado Mine ruins and an early settler’s 1852 home. Attend a ranger-led presentation on the region’s Gold Rush past or take part in gold-panning activities. 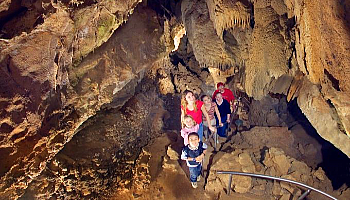 Twenty miles north of Redding lies the hidden world of Lake Shasta Caverns. Formed 250 million years ago, California’s largest underground limestone caverns are studded with crystals, multicolored fluted columns, and milky white flowstone deposits cascading in miniature waterfalls. These crystalline chambers are a perfect spot to cool off on a hot summer day—the temperature inside is a steady 58 degrees Fahrenheit. Sign up for a guided tour that includes a 10-minute catamaran cruise across Shasta Lake, a shuttle ride to the cavern entrance, and a 50-minute walk through one of the West’s most remarkable caves. 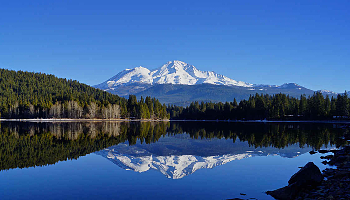 At 487 feet tall, the spillway at Shasta Dam is three times the height of Niagara Falls, creating both the world’s highest man-made waterfall and California’s largest reservoir, Shasta Lake. Campgrounds and hiking/mountain bike trails are located along the lake’s 370 miles of shoreline, but the best way to see the massive water body is to get out on a boat. Your chosen vessel might be anything from a single-person kayak to a zippy ski boat to a gargantuan houseboat that sleeps 20. The latter is surprisingly common as Shasta Lake is home to North America’s largest commercial houseboat fleet. Check out rental options at Bridge Bay or Shasta Marina at Packers Bay. (Even first-time boaters can pilot a houseboat after a short lesson.) 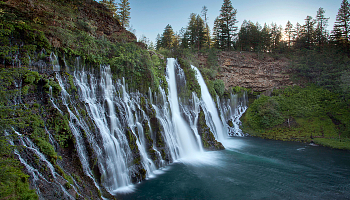 From Redding, McArthur-Burney Falls Memorial State Park is a bit farther afield (allow 75 minutes for the woodsy, winding drive), but it’s well worth the effort to see Burney Falls tumble and splash into a deep, crystal-blue pool. The 129-foot-tall waterfall is famous for its camera-ready beauty and dependable year-round flow. Fed by underground springs, the misty marvel gushes 100 million gallons of turquoise water at nearly the exact same rate every day. A short stroll leads to the waterfall’s base, where you’ll be mesmerized by its shimmery white veil cascading over dark basalt. Legend has it that President Teddy Roosevelt loved Burney Falls and called it “the eighth wonder of the world.”

What to Expect at Sandals Royal Curaçao